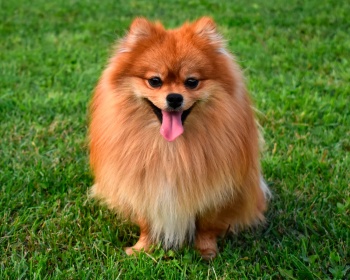 The breed of dogs Pomeranian Spitz is widely known throughout the world. what and to say, in America the Pomeranian has firmly established itself in the list The 50 most popular breeds, and it has been there since 1998. Agree, holding this position for 20 years is a lot.

It is believed that the ancestors of this breed are dogs from Arctic wastelands that were large in size and used by people for various jobs, such as Wolf Spitz. They traveled in teams, carried cargo, guarded homes. However, if you look at a Pomeranian dog, it’s hard for yourself imagine that her ancestors could be able to carry loads and engage in confrontation with wild beasts, as it is very a small and harmless dog.

Closer in historical terms, the ancestor of these dogs can count the German Spitz. In fact, the name “spitz” comes from the term used by Count Eberhardt zu Sain in the 16th century, and this word literally means “sharp point”, obviously pointing to sharp face and nose of the dog. Despite the fact that the breed is called Pomeranian, actually in the territory of the former Pomerania, (now it is part of Germany and Poland along the Baltic Sea), they are not emerged, and survived a sharp jump in reproduction.

Accordingly, having spread in this territory, they became known to locals and, subsequently, in the surrounding areas, from what happened the name of the breed Pomeranian. In history, many aristocrats and royal families favored Spitz, and even formed the appearance of the breed.

So Queen Victoria kept a whole kennel of these dogs, moreover, throughout her life, the size of the pets has decreased more than half. If at the beginning, one of her most beloved dogs weighed 5 kg, it was a red female Pomeranian, then on sunset of her life, most dogs in the kennel weighed 2-3 kg. Queen Victoria bought up the smallest representatives of the breed from other European countries, and introduced them to their program breeding.

In addition, these dogs (about the same era as Victoria) also contained King of England George IV and Josephine de Beauharnais, wife of Napoleon. The first official club of the Pomeranian breed appeared in England in 1891, and literally a year later appeared The first official standard of this breed. In 1898, the first individual was registered at the American Kennel Club. By standard 1998, Pomeranian is included in the German Spitz standard.

Pomeranian is a small dog with a flattened with a muzzle, a sharp nose and a lot of hair, moreover, the coat has a peculiar structure, which makes the dog look like on a fluffy ball. Ears are triangular, erect. Feet slightly shorter medium, though, because of the long coat they appear short. Wool on paws grows to a much lesser extent, on the chest and body – in more. The tail is bent to the back.

The breed of dogs Pomeranian has a very funny and jolly temper, they like to fool around, play, go for walks and spend time in society. In fact, it’s not very important for them whether it will be a society of people, or other dogs, although his family and his they always allocate the owner.

Pomeranian adapt easily to different environments conditions, situations, people. Thanks to this, he can live in an apartment or a house of any size, with pleasure will make the company as a single owner, and a large family with children. He does not require long walks and suitable for inactive owners. Children By the way, these dogs perceive perfectly.

We can say that Pomeranian by nature – extrovert, though, sometimes in contact with other dogs and strangers people, he overestimates his strength and can even attack. At least least, with all his appearance, he is trying to show his own fearlessness and fighting enthusiasm – here you have to spend constant educational work and behavior correction. After all, if he attacks on the pit bull, the outcome of the fight is clear as day – most likely, you you have to look for a new dog.

The main task, which, so to speak, is paramount for this breed – to be a faithful friend and good person companion. Sometimes they are used as a watchdog, which is not able to stop the burglar, but can raise an alarm.

Sometimes, a Pomeranian can start barking, and if you don’t teach him to shut up on command, he can disturb peace surrounding (and your own) for several hours in a row. This the breed needs early socialization, like most dogs, to develop her character and make it more harmonious.

As we mentioned above, this breed is prone to revaluation of my abilities and barking at strangers and dogs. Moreover, even extraneous disturbing sounds can cause a violent reaction that often inconvenient. Therefore, you need to pay attention to shaping the right character of your dog.

Typically, these dogs are trained in simple, basic commands, and adjust the behavior. Pomeranian can not long concentrate on one thing, and quickly switches attention, and therefore, in training, short sessions of 15-20 should be used minutes (you can start at all with 5), alternating them with games and other entertainments.

Some owners with disabilities teach them additional teams more difficult to ease their everyday life. For this you can attract a professional a trainer with the right specialization.

Since Pomeranian has a long coat, he needs regular combing. In addition, its preferably correct to cut – there are many interesting hairstyles for dogs. Be sure to cut the claws, keep your ears and eyes clean. A pet is usually bathed 1-2 times a week.

Pomeranian dogs rarely have problems with health, but if you decide to buy a dog of this breed, then you better to know about them in advance. They are prone to a number of diseases, many of which are quite serious. Among them:

These dogs are also prone to dental problems, required regular cleaning. Also, it is better to use dry food for care. about teeth (a special type of dog food).

Interesting facts 1. The popularity of Pomeranian Spitz rose sharply when Queen Victoria brought him to England from Italy in 1888. 2. An orange named Turi was lying next to queen after her death. 3. Two Pomeranian Spitz survived the deaths of the Titanic, which are firmly held in the hands of people who got to lifeboats. 4. US President Theodore Roosevelt was a Spitz nicknamed Jem. 5. They are small but brave and can pester big dogs without realizing the danger. 6. Likes preys on birds, so keep it on a leash or watch during walk time. 7. Small and attractive, Pomeranian often become a target for dog thieves.

Did you know? Original Pomeranian weighed 9 to 14 kg – much more than the oranges we know and love today. 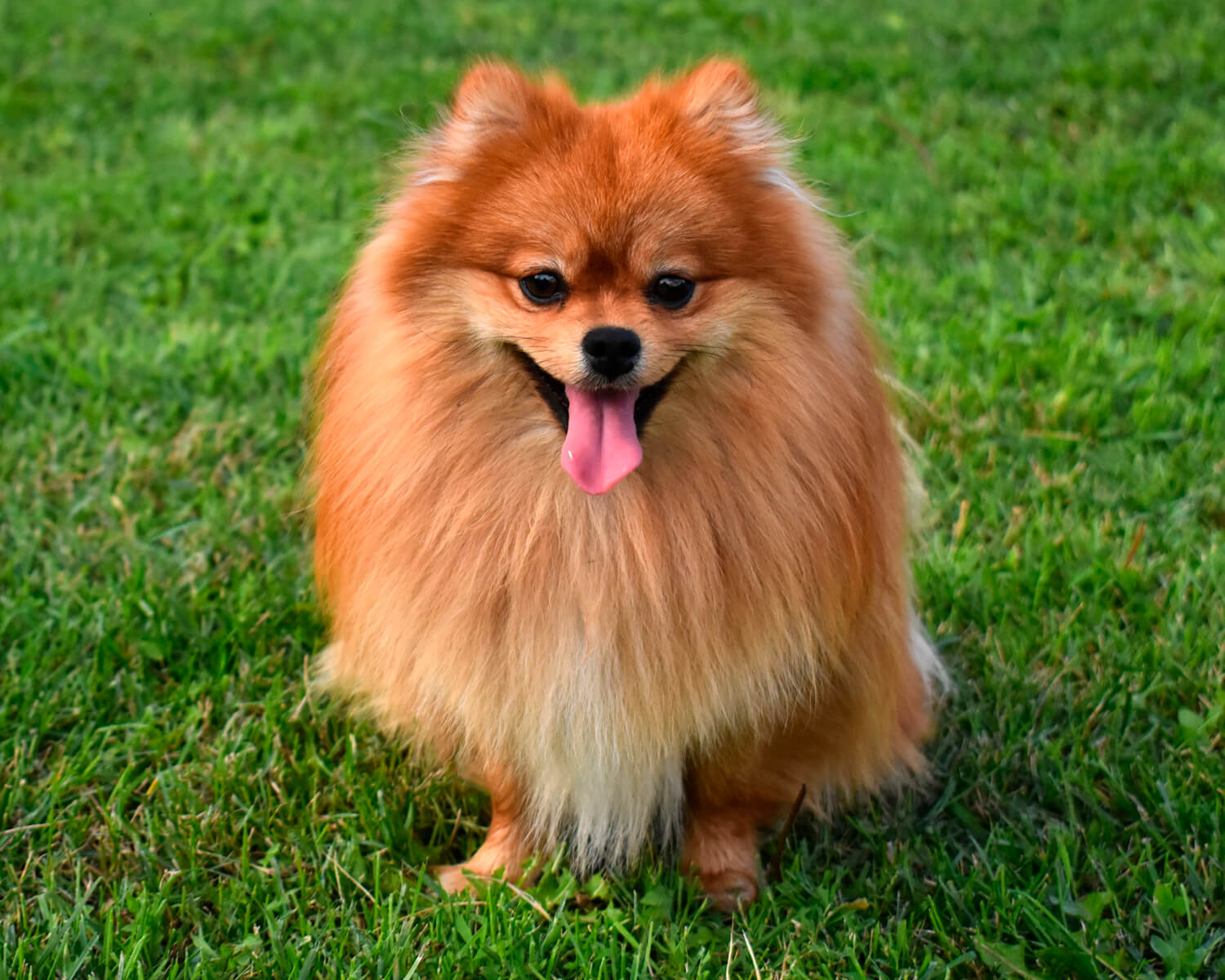 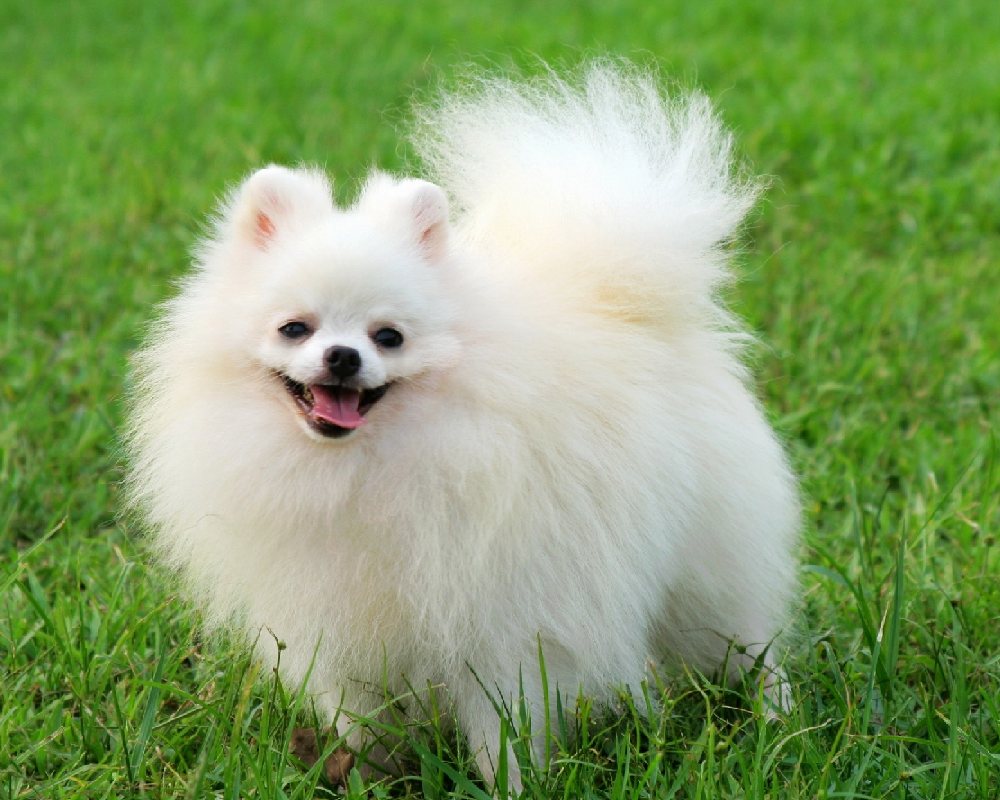 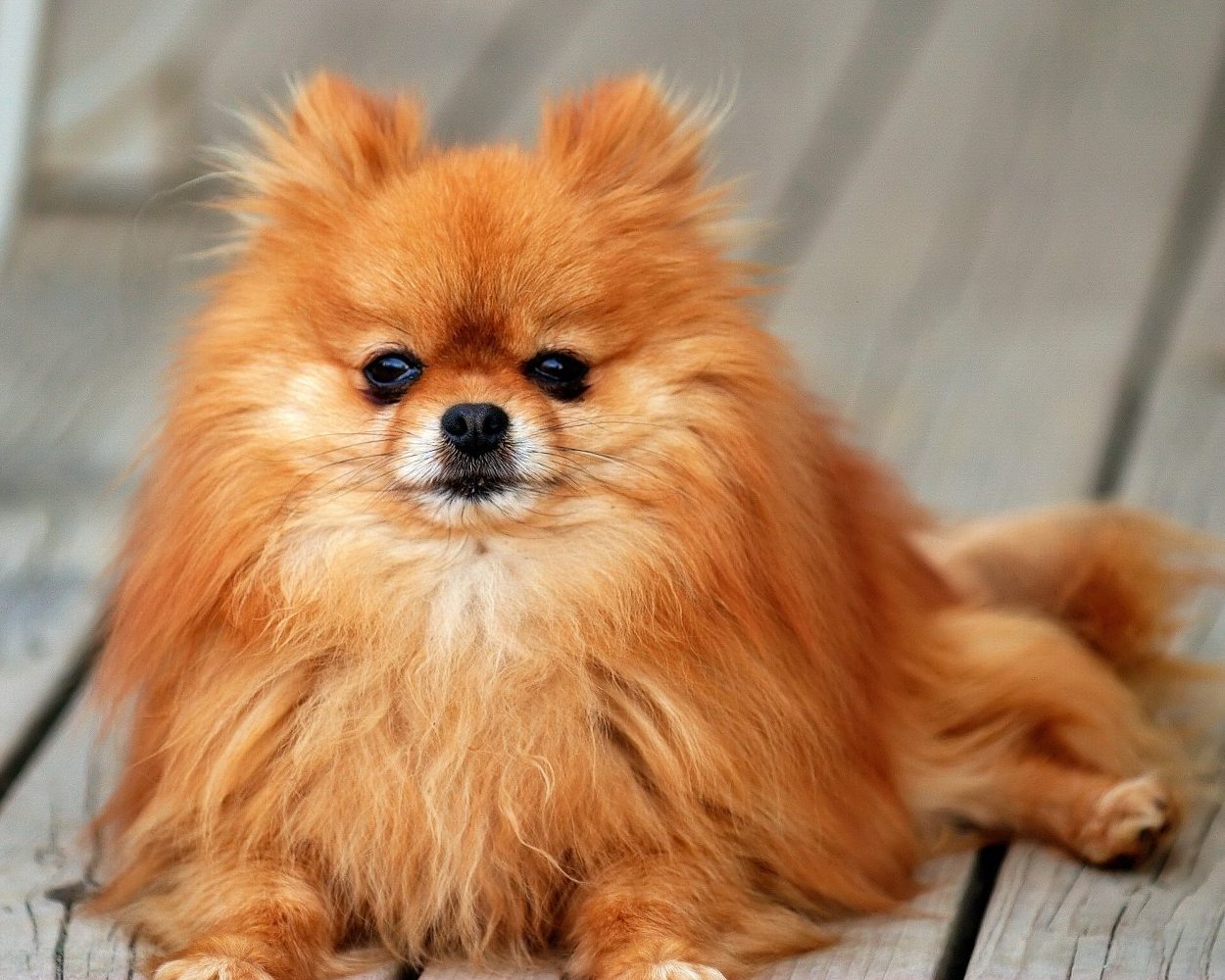 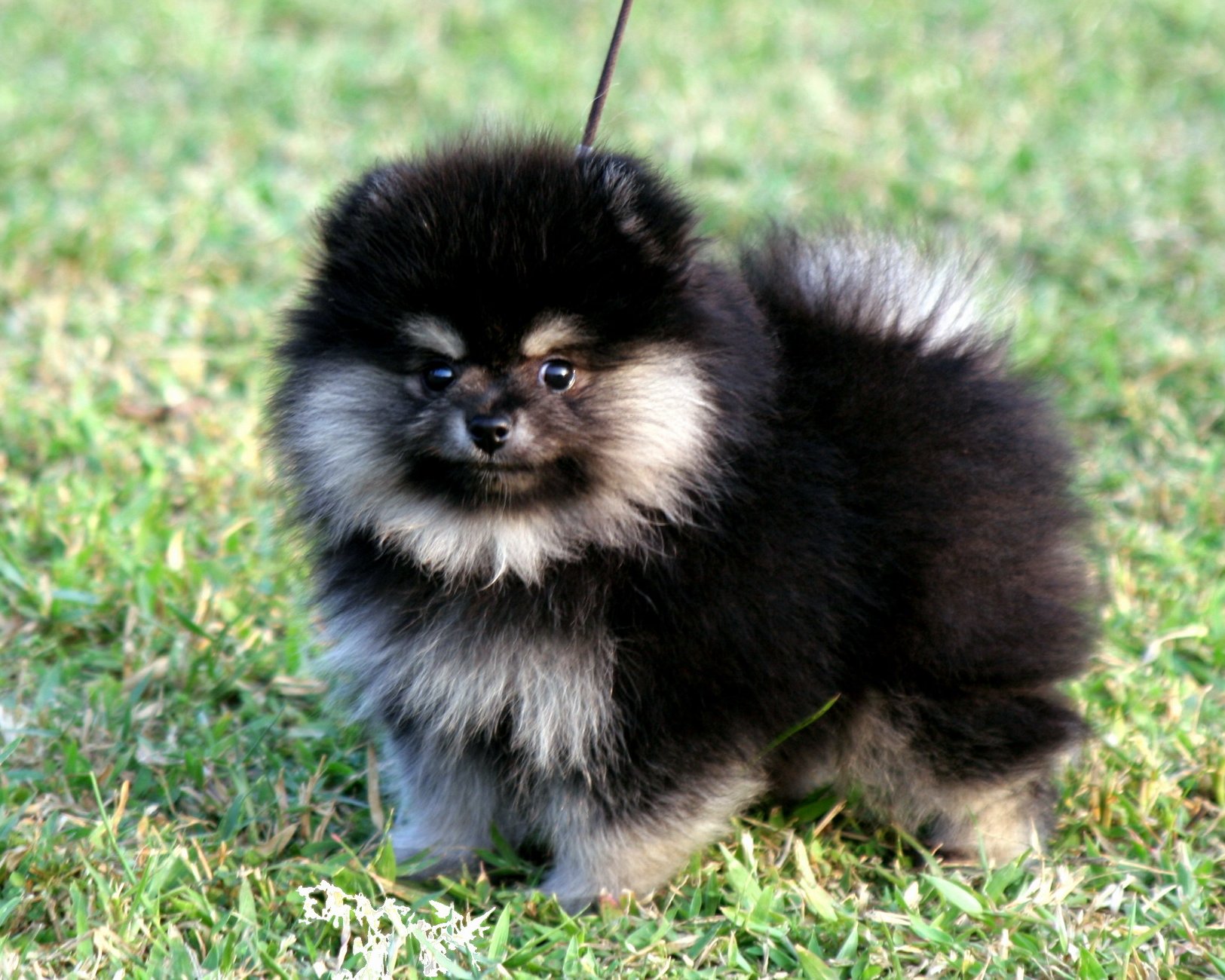 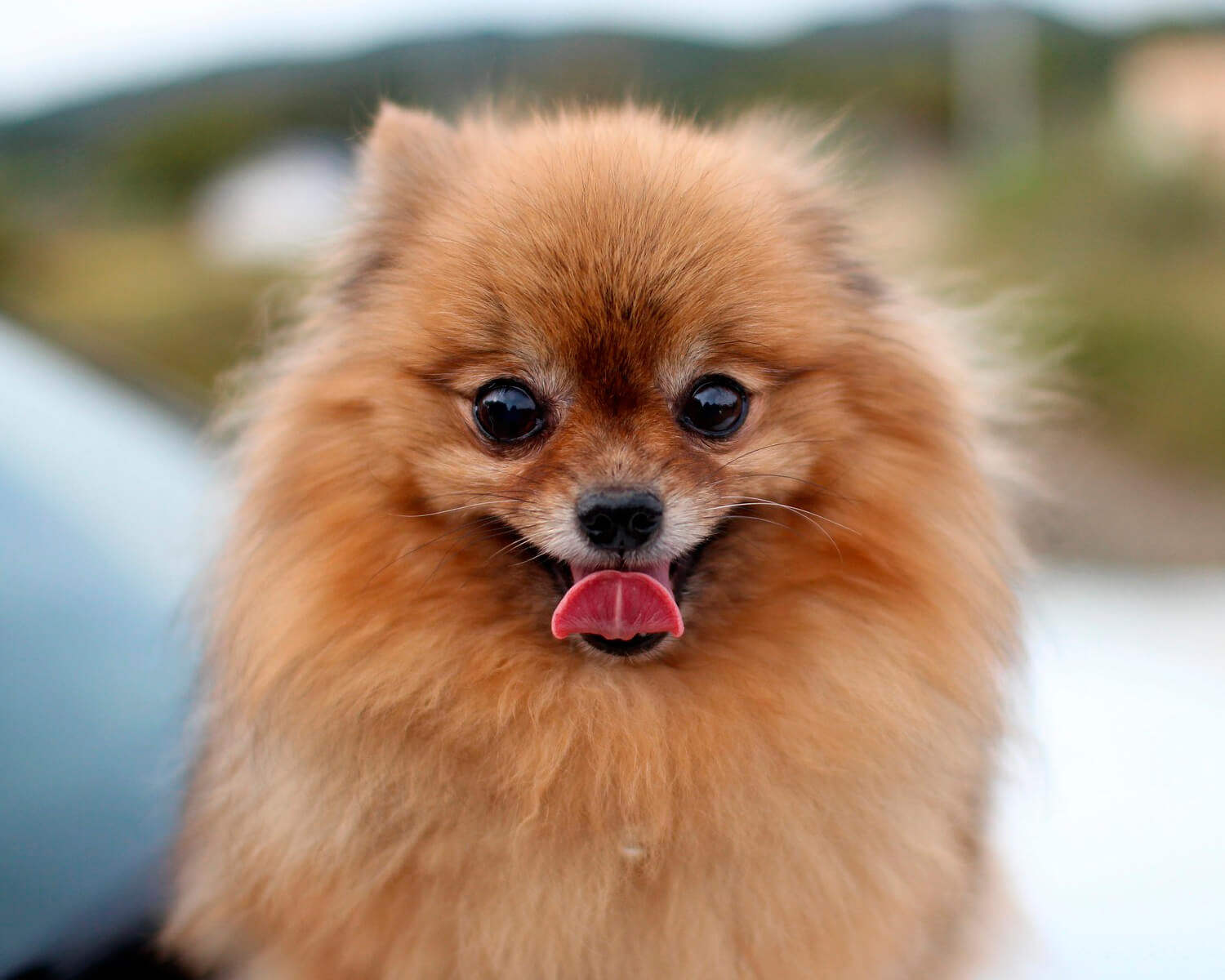