Many dog ​​handlers focus on the fact that the owner should be not just a friend to the dog, but also a leader. AND indeed, this point is very important, especially when it comes to large, powerful, wayward representatives of dogs. Will there be a dog essentially a flocking animal, perfectly obeying a person, if you don’t see him as a leader? Is it possible to achieve perfect execution teams, when the pet perceives a person for equal? Answer suggests itself. How to become a leader for a dog, and make it is competent, without causing confrontation and without humiliating the four-legged comrade?

What is the root of the problem

Dogs are descendants of wolves, and it is customary for these predators to live in a pack, adhering to strictly established rules. The success of the pack in the hunt livestock growth, increase in territory largely depend on leader’s determination and intelligence. Yes, he has a number of privileges, but even more responsibility lies with him. Other members communities must obey implicitly, and this is not is being discussed.

Naturally, a leader is a smart, cunning animal that can solve problems with minimal risks for other members flocks. For dogs, this leader is the owner, or rather, must to appear. When a puppy appears in the house, he perceives the owner that person who acts as a “competent parent”. That is, the one who pays more attention to the pet is engaged in it education, training, walks, participates in all important events and gives the first knowledge about the world.

At this stage, the dog-host relationship is built, and depends only on the behavior of the latter, his actions whether he is a leader status in the puppy’s eyes. Usually in puppyhood the owners do not pay much attention to disobedience of the pet, attributing everything to age and ignorance. But behavioral defects necessarily appear when the puppy enters the sexual period ripening. At this time, he will begin to search for his own place in family hierarchy, and always trying to take leadership position.

On the one hand, this is a good sign – the pet is growing up and feels his physical and moral strength. But what methods he uses, shows how the owner has strengthened in position the leader. The owner should be wary if the dog is behaving in the following way:

With this behavior, the dog must admit that the dog doesn’t perceive him as a “leader” and even makes attempts “put in place.” 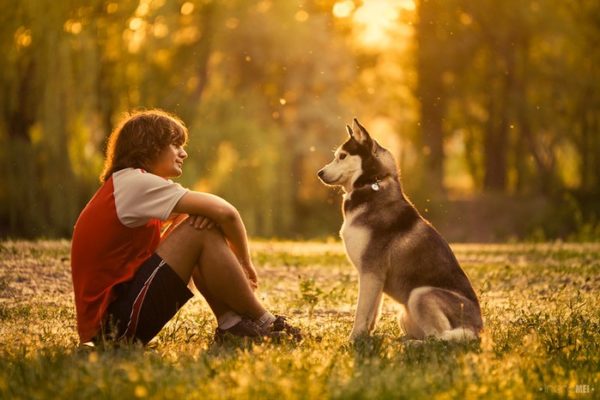 In this case, do not despair and give up or try too zealously to “educate” the offender, using hard methods. In the first case, the dog will finally establish itself on the top step of the hierarchical ladder, in the second – will evil or cowardly. The dog acts on its own instincts, is it worth it to blame?

Any incorrect dog behavior is the result of errors “educator”. So, you should start with yourself, analyze educational process and, if required, study special literature. Usually help in raising a dog a certain breed is provided by the breeder when it comes to professional, or experienced dog handler. Moreover, most mistakes can be avoided already at the first stages of education, and then no correction is required.

How a real leader should behave

Many quite ordinary situations a person and a dog consider different, and if for the owner they do not make much sense, then the dog in they can be seen by human weakness, practically invitation to the role of leader. These are the following points:

Subject to these rules, you can really “rise in eyes of a four-legged friend and take the place of leader. Of course, in the case with some particularly dominant individuals will have more than once to prove their superiority, however, if there is knowledge and experience, it will not be difficult.