Recently, there has been a growing trend of interest in indigenous northern dog breeds. Some of them, for example, Siberian huskies have already gained great popularity, others are still just conquer the love and sympathy of dog breeders. Among other four-legged can be noted the breed Yakut Laika – her representatives, like all likes, have good looks, endurance and amazing performance. But in what the uniqueness of these dogs and what the future should know about them to the owners?

Similar dogs were bred at the beginning of the 17th century for the needs of indigenous Yakut peoples. Their homeland is the Nizhnekolymsky district of Yakutia. Dogs participated in the deer hunt, and also harnessed to the sled. The first person from outside to show interest in Yakut likes was researcher Jochelson, who began his work at the beginning of 19 century. 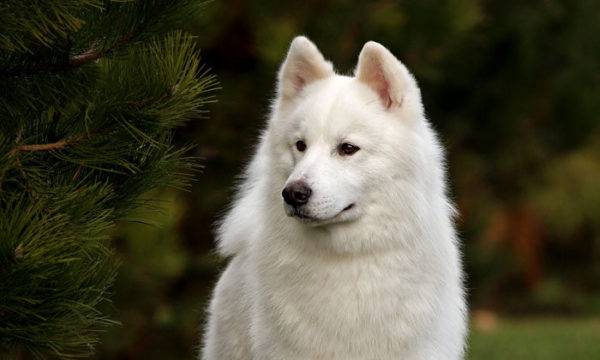 Unfortunately, in a certain period the breed was on the verge of disappearances, but thanks to Vladimir Dyachkov and German Arbugaev, it was restored at the end of the 20th century. After a few years Yakut likes were recognized by the RKF, then it was approved breed standard. This opened the way for them to various exhibitions and sports events where the dogs managed to show their abilities.

Description of the breed Yakut Laika

Laika from Yakutia – a strong, muscular animal with a downed body, but compact, with high legs. Outwardly dog this breed looks quite massive, but without the “dampness” in complexion. The representatives of the breed clearly traced sexual Affiliation – males are larger, wider and more rugged. Females have a mild expression on their faces. However, stubbornness and love of freedom – traits that do not depend on the gender of the husky. 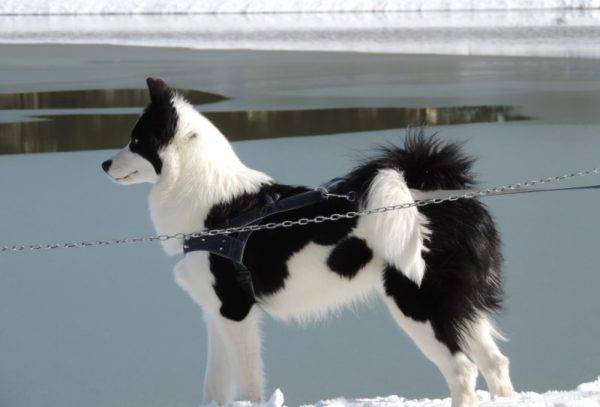 Male growth can range from 55 to 59 cm, bitches do not exceed 57 cm. Body weight of dogs – 20-23 kg But when evaluating dogs, more attention is paid to their proportions rather than individual qualities. Inexperienced people can confuse Yakut husky with husky or malamute, but professionals note a number of differences – the Yakuts have a greater physical strength, they don’t have the same one as a husky, their eyes are cut differently tail.

Husky is a breed intended for riding, and the Yakut Laika, although and was used for these purposes, yet more of a hunting breed. AT the standard indicates the following description of the breed:

Yakut huskies, due to their specificity and habitat, possess very thick coat with a thick undercoat. Ostevoy hair shiny, straight. If you touch, you can feel that he’s pretty rude. Dogs have plentiful tow in the area limbs, chic mane and fluffy tail.

Defects include a wavy or excessively soft coat, disadvantages – wool with low density or fluffiness. Standard determines that Yakut husky should have spotty color:

All plain colors are not allowed, with the exception of white. color of wool.

The nature of the Yakut dogs

Like all likes, the Yakuts are characterized by freedom of love and independence, but at the same time these dogs are very devoted to their to the owner. Among the main character traits can be noted curiosity, therefore, if you let your pet walk without a leash, the dog can run a decent distance in search of something new and unknown.

From Yakut huskies good watchmen are obtained who will not for nothing to express aggression. As for hunting, here they are They perform excellently.

Dogs of this breed cannot stay in being alone, they are not averse to getting a share of attention from family members, quite sociable and find a common language with the younger members of the family. It is not recommended to leave such a pet for a long time alone, and if offend the dog, she will acutely experience it. 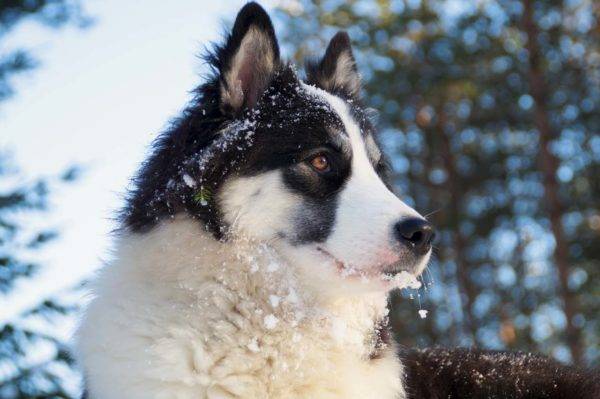 Huskies – dogs are proud, she will not demand attention, to slander or act impudently. They feel keenly injustice and do not tolerate it even from a beloved master. Such the pet has fearlessness, quick wit, he is capable independently assess the situation and decide how he to act. But, despite these qualities, it is important that the owner in anyway, remained the leader.

Laika can be started for a family in which there are already other dogs. She able to show dominant qualities, but if there is an animal, which will show itself better, stronger and smarter, the Yakut will obey and will take him for the leader of the pack.

Such a pet needs regular physical activity, very playful. If the dog is purchased for hunting, the owner should to know – likes do not hunt for themselves, they just do their job, making it easier for the hunter. And if a person is in danger, the dog, without hesitation, will rush to the rescue, even if he himself death threatens.

Before you start teaching your four-legged friend, the owner it should be understood, like dog training is not just dog mastering a number of skills, and the educational process that vaccinates the animal rules of conduct and establishing contact between the animal and by man. 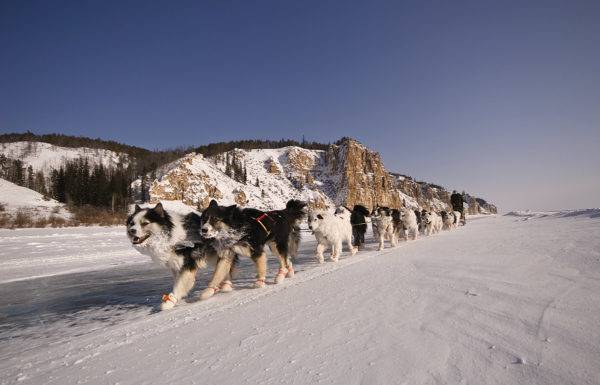 If the owner does not have experience with likes, it is recommended seek professional help. Basic course under the guidance of a dog handler, it will be enough that in the future the owner did not have problems with training and education of the northern dog.

It is important to consider independent thinking during training. pet. Laika is a pretty obedient dog; however, she is not inclined blindly execute commands, trying to independently find a way out. But with proper training you can achieve good results. If a the dog completely trusts the owner, then he will not doubt the correctness of his decision.

Another feature of the character of all huskies that you need must take into account when raising – resentment. Not allowed be rude, use physical punishment and negligence, only positive techniques are welcome.

How to care for a pet and take care of his health?

Like most native northern dogs, the Yakuts are happy owners of excellent health. They tolerate well low temperatures, are unpretentious, and this applies to both care and nutrition. But owners should know that likes do not Feel too good in the heat. 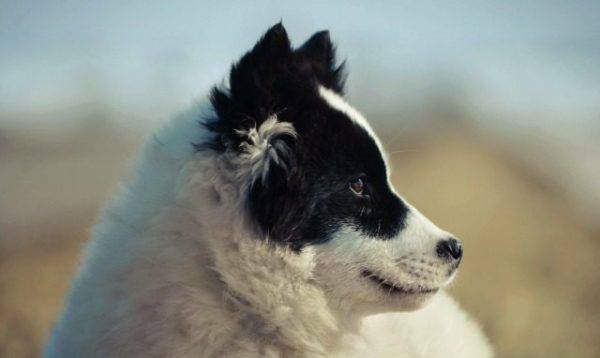 Dogs of this breed molt 1-2 times a year, and during these periods it is recommended to scratch your pet more often, saving him from dead hairs and excluding the possibility of rolling wool into tangles. AT the rest of the time, this procedure is not recommended for likes, of course, if the pet does not have to participate in the exhibition events.

You can bathe a dog 1-2 times a year, in winter their coat cleansed with snow. As for other hygiene procedures, everything is standard here:

On average, such manipulations are carried out once every 3-4 days.

As already noted, the “Yakuts” have excellent health, however, there are still a number of diseases to which they are prone:

In the harsh natural environment, dogs get a fatty meal consisting of cereals, meat, broth, fat is also added. In the town where the climate is milder and the pet gets less stress, food for the dog should be lighter.

The basis of the diet is meat, it is given both in boiled and raw form. The menu must include fish – river and sea. Its trace elements are very important for growth and animal development. 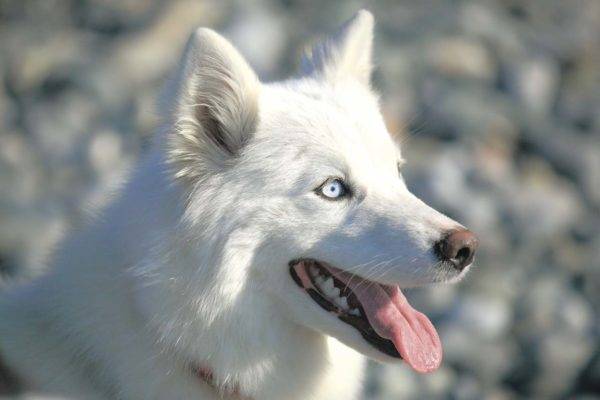 In order to diversify the pet’s diet, you can give him fermented milk products that should be fresh and not contain additional additives – sugar, dyes and other things. In dishes dogs can add vegetable oil, raw yolk, chopped greenery. Treats can be fresh vegetables and fruits.

Dry production feed can be given to Yakut likes, but they should not be the only food of the dog. At certain periods dogs are recommended to give vitamin and mineral feeding, however, is better if they are prescribed by a veterinarian doctor.

Likes feel best in regions with a cold climate. They are not suitable for housing, as in the summer the dog will to suffer from heat. It is recommended to equip the dog with an outdoor aviary, moreover, the dog needs a booth, but it is not necessary to warm it. Besides Moreover, the Yakut likes are different “talkative”, and this again speaks against keeping such a pet in the apartment. 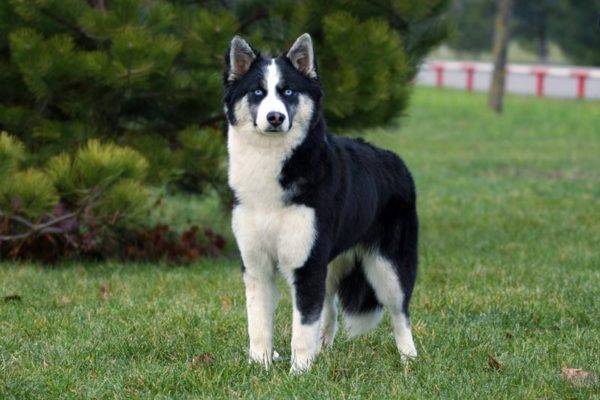 It doesn’t matter if a pet lives in the house or in an aviary, it needs regular walks, active activities and joint games. Also do not keep the dog constantly in the aviary, it is advisable that he had the opportunity to run around the local area. But worth remembering about freedom of huskies, the fence should be high enough and eliminate the possibility of undermining.

In addition, hunting trips, as well as preparation and participation in sports competitions. And it’s not only about physical fitness, but also about a good emotional mood. Boredom and idleness will not benefit such a four-legged to a friend. 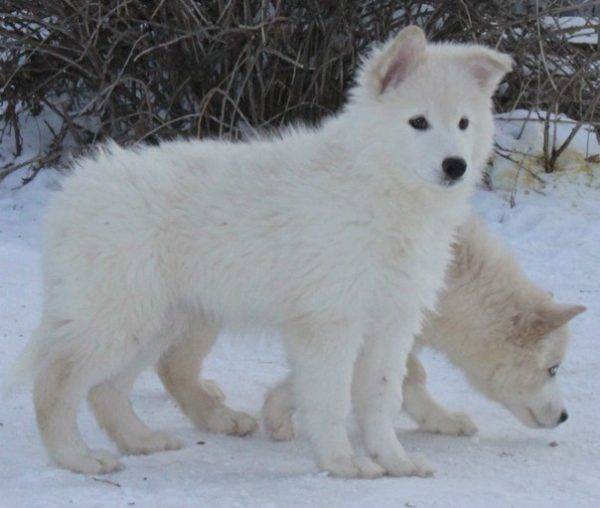 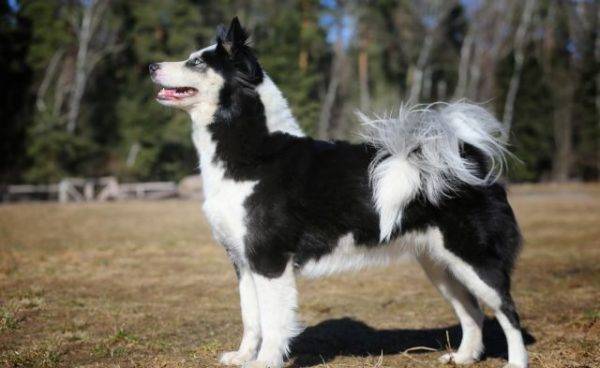 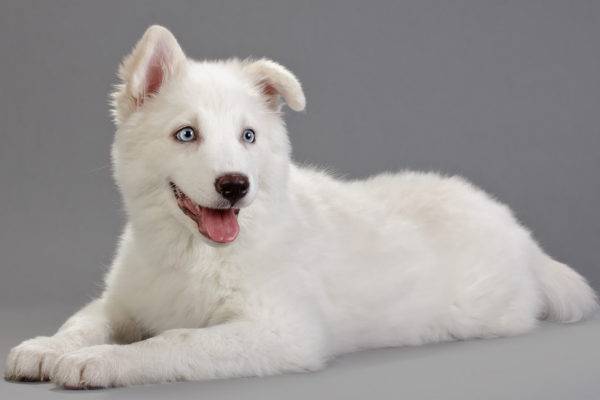 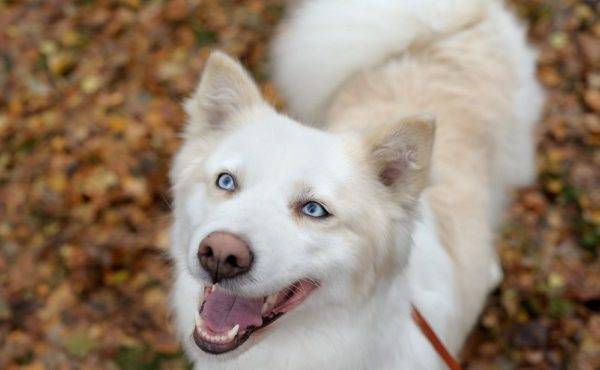 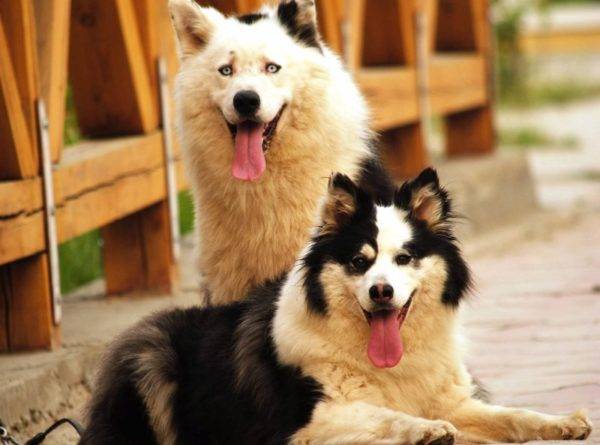 Where is better to buy a puppy

All breeds of native northern breeds have some features that future owners should be aware of before of how the fluffy lump will cross the threshold of the house. But if on the family council still made a decision – Yakut like in the house be, then you should look for the place where you can get pet.

First of all, experts are negative about the idea purchasing puppies from the bird market or from random breeders. Of course, here the cost of babies is much lower than in nurseries or breeders with a good reputation and extensive experience, but also risks various kinds are much higher. For example, in these cases, you can buy a mestizo husky or, even worse, a puppy with a disease, including including genetic abnormalities or an unstable psyche.

Decent owners of nurseries and breeders will not offer babies younger than 2-2.5 months. It is this age that suits it was possible to take the pet home. It is important to familiarize yourself with the purchase available documents – pedigree, passport, marks about vaccinations. 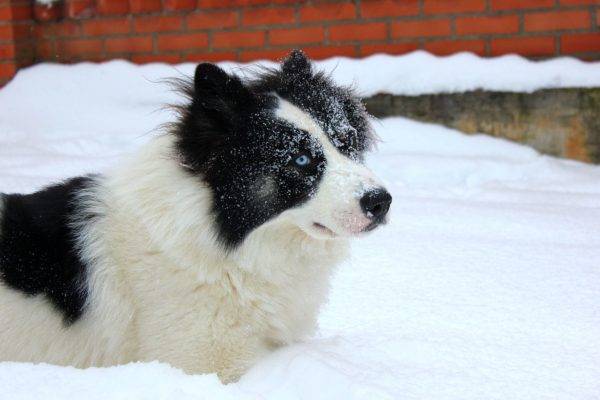 When examining a puppy, you should pay attention to its appearance and activity. He should be active, moderately well-fed – not fat, but not slender. If there is an opportunity to get acquainted with parents of offspring, then do not miss her.

Yakut husky is still quite rare breed, therefore, far from every city has nurseries dealing with their breeding. The first of them appeared in the homeland of dogs – in Yakutsk, the rest literally in the last couple of years.

The cost of puppies with a pedigree varies from 10,000 to 30,000 rubles. If you need a companion dog, you can pay attention to kids of a pet class, but for exhibitions it is better to take a puppy, completely conforming to standard requirements. Pet is for hunting should be acquired from working parents who possess all the necessary skills that they pass on to their offspring.

In Moscow there is a large nursery where you can pick up Your favorite puppy – Free Pack https://svobodnaya-staya.com/.

When buying a puppy of Yakut husky, do not forget that this is not decorative dog, and the dog, designed to work, which requires a serious approach to training and education.