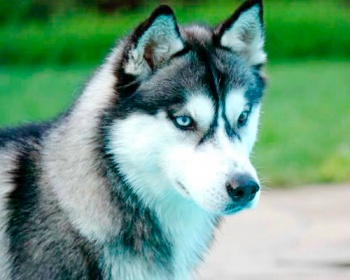 Dogs of the Siberian Husky breed are able to fall in love with themselves from the first sight. In their movements and gaze, the charm of the wild is felt, pristine nature, and the dazzling beauty of the endless snow wasteland. This breed originated in Siberia, and was widely used. Chukchi tribes for various purposes. First of all, of course, like a sled dog.

However, the matter was not limited to this – these animals were reliable companions and companions of the Chukchi, they lived, ate, and slept with them in the same bed. These dogs were especially often put to bed. together with children to provide warmth and comfort in the cold Siberian nights. Now it’s not known for certain, but DNA tests say us that the Siberian husky is a very ancient dog.

Researchers believe that the breed arose as a result of natural domestication of a wild wolf by the Chukchi tribes and their ancestors at least 1000 years ago. Chukchi treated and still treat their huskies as full members of the family. Of course, adjusted for the fact that this is still a dog, not man.

For many years, Siberian husky was used exclusively on homeland, however, in 1908 the first dog of this breed was transported to Alaska Actually, later the Alaskan Husky appeared – today it has some differences from the Siberian, but carries a lot of similarities. In Alaska, these dogs also found great popularity due to the amazing qualities of its character, stamina, physical strength and ability together resist the dangers.

Especially widely they began to be used in times of golden fever when crowds of gold miners rushed to Alaska from America, but also from around the world. In addition, many chose these dogs for the 408-mile dog sled race – at in fact, this is true today, although to a lesser extent.

After the October Revolution of 1917, a new one appeared on the map the country is the Soviet Union. The power of workers and peasants in 1930 closed borders and Siberian husky could no longer be exported legally. It is believed that the last dog of this breed left their relatives places just in 1930. In the same year, the Siberian Husky was officially recognized by the American Kennel Club as an independent breed, in 1938 the American Club of Siberian Husky was founded. The Canadian Kennel Club recognized the breed a year later – in 1939.

Siberian Husky is a large-sized dog with a muscular and proportionally folded body. Extremities of medium length, tail fluffy saber, often bent up, does not stop, wool long. The muzzle resembles a wolf, but wider, ears erect, medium sized, blue eyes. Sometimes one eye blue and the other has a different color.

The dog of the Siberian Husky breed has a difficult character, and, as generally not recommended for inexperienced owners or people soft, indecisive, shy. These animals are quite strong natural instincts, and therefore they subconsciously consider their family as something like a pack, and, quite naturally, from time trying to occupy a dominant position.

In other words, every wolf dreams of becoming a pack leader. Because, the owner needs to have a strong character, and possess the qualities of a leader, otherwise, the dog may simply disobey you. Along with the, Siberian Husky is very friendly and affectionate in relation to his family, and if you manage to build the right relationship with your pet, it will be a great friend and companion.

This breed has a very developed intellect, excellent understands what they want from her, and also clearly understands what is happening around. Another question is that your dog can sometimes pretend fool, or just do not want to do what you from her demand at the moment. But that doesn’t mean she doesn’t understands. Husky can sometimes interfere with family quarrels, they generally like to take an active part in family life, realizing yourself a full member of it.

Other pets perceive normally, without jealousy or territorial aggression. They have a high level of energy, they they need walks and generally love being outdoors, play and fool around. They need training and variety. activity, do not forget – Siberian Husky is a sled dog, which for many hundreds of years worked hard in very harsh conditions.

The best place for their maintenance is, of course, a private house with own courtyard. But many individuals feel normal in apartments, although if you live in a small apartment, perhaps it’s better to think about buying another dog. To strangers people are normal, moreover, they don’t attack at all people. That is, in principle. They have long been famous for this quality on to your homeland. There are many cases when these dogs do not even stopped and robbers if they did not show aggression on relation to the animal.

Very in need of early socialization. Sometimes, from an overabundance energy (usually from a lack of activity and walking) when no one not at home they can turn into a real destroyer and even gnawing furniture. Keep this in mind. They love to dig holes, and will destroy your beds with vegetables and flower beds – it’s better to train your dog dig a hole in one place. It will be easier. And yet – Siberian Husky almost do not bark. And this is a huge plus, given their nature.

Raising a Siberian husky is not an easy task. It needs to be clear Be aware before buying a dog. Moreover, even if you experienced host, and were able to succeed in educating your pet, do not be surprised if from time to time it will be as if test your strength.

However, how to achieve that very success? Here we can give some tips for you:

But intimidation, beatings, constant screams and pressure of success are not will bring. But you completely break your character and psyche dogs.

During training, use treats as a reward method, but from time to time delay the delivery of treats until the dog will repeat the command you need several times, from different distances. There is one subtle point here – husky can obey commands in training, but on a walk or at home they seem to forget passed material and want to act in their own way. In this case, return to the rules set out at the beginning.

Also, Siberian huskies need active walks, from 60 minutes daily to keep them from destructive behavior at home and keep fit. The dog needs training, to be happy.

Siberian husky breed is distinguished by endurance and strong health, but some problems still exist. Among them:

Interesting facts 1. Siberian Husky takes 12th most popular among 194 dog breeds recognized by the AKC. 2. Husky dogs valiantly served in the Arctic search and rescue squad of the air transport command in during World War II and on Antarctic expeditions in Byrd. 3. In 1910, a team of Siberian huskies led by John “Iron Man” Johnson, won the grueling race for 400 miles across Alaska, and for the remainder of the decade, the breed (especially bred by Leonard Seppala) captured most racing titles in alaska. 4. Siberian Husky, also called “sled dogs”, can carry light loads to large distances at subzero temperatures. 5. Husky dog breed has a prominent place in many Hollywood and television projects. The most famous of these is probably White Captivity, based on the true story of the 1957 Japanese expedition to South pole and rescue eight Siberian husky.

Did you know? Siberian huskies save lives! IN one famous case, a team of dogs withstood a terrible winter a storm to deliver medicine to the remote city of Alaska in mid-diphtheria outbreak in 1925. In Central Park New York has a bronze statue of one of these famous dogs by nicknamed Balto, who covered 658 miles in just 5 days. 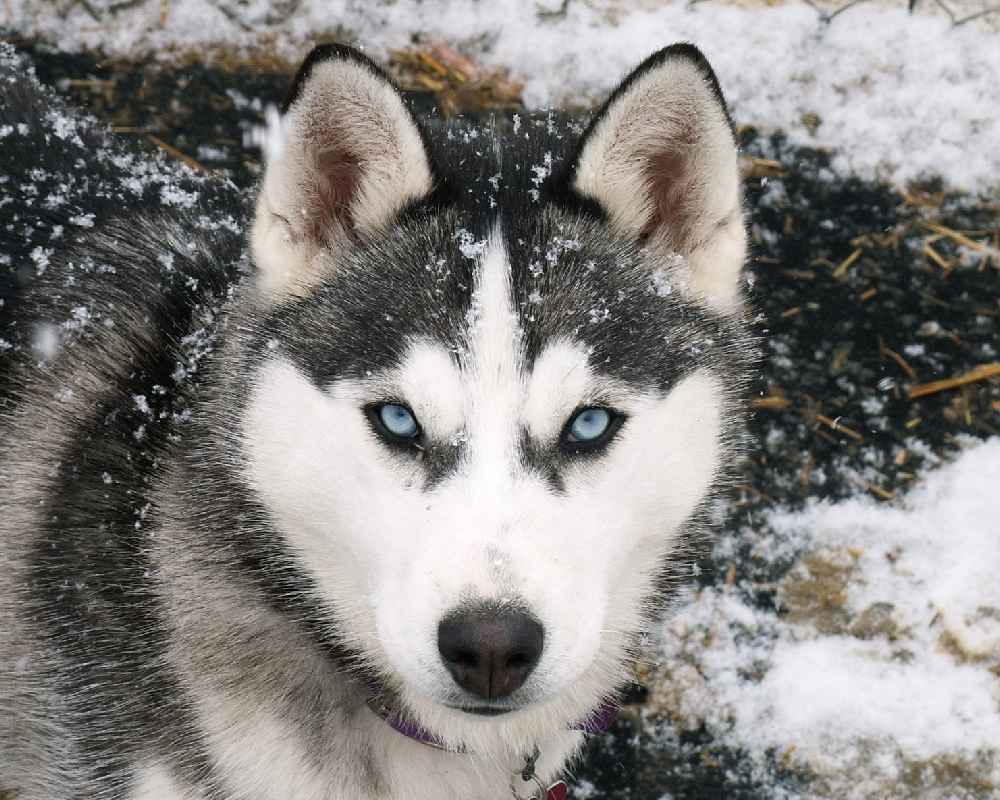 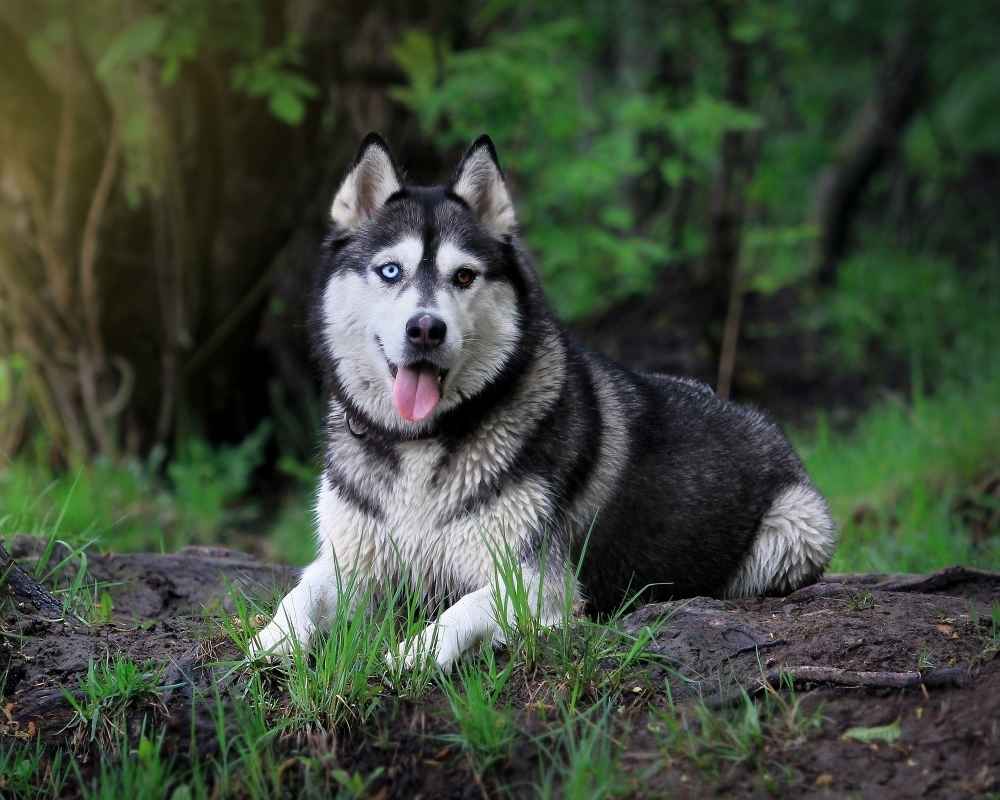 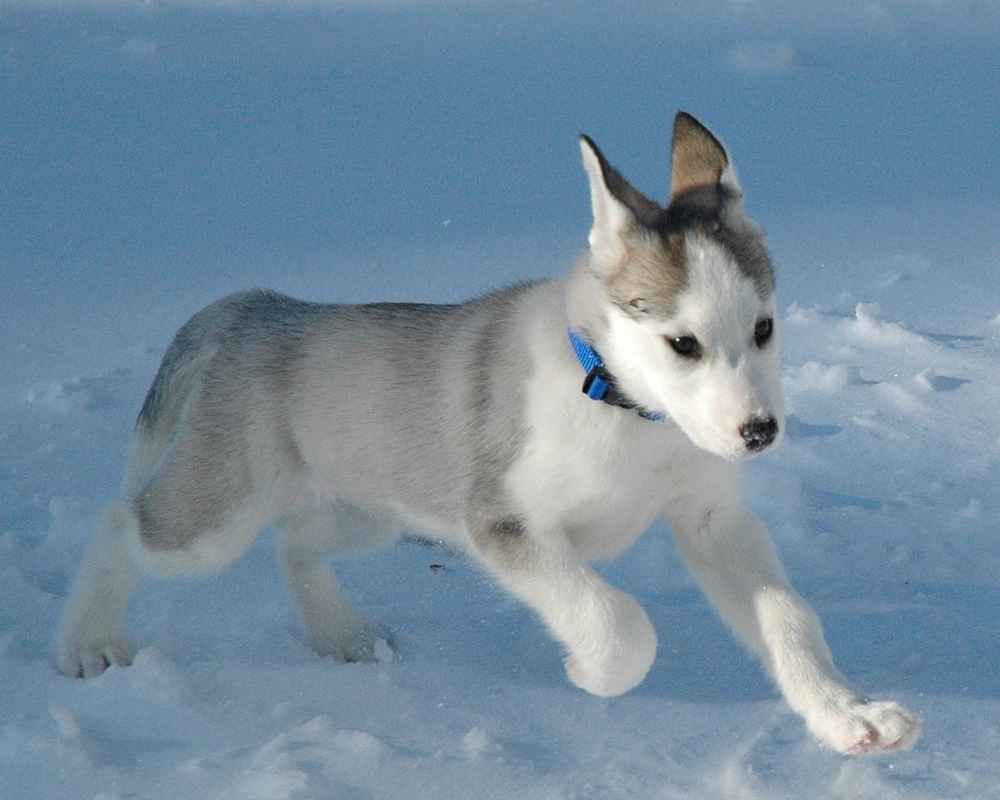 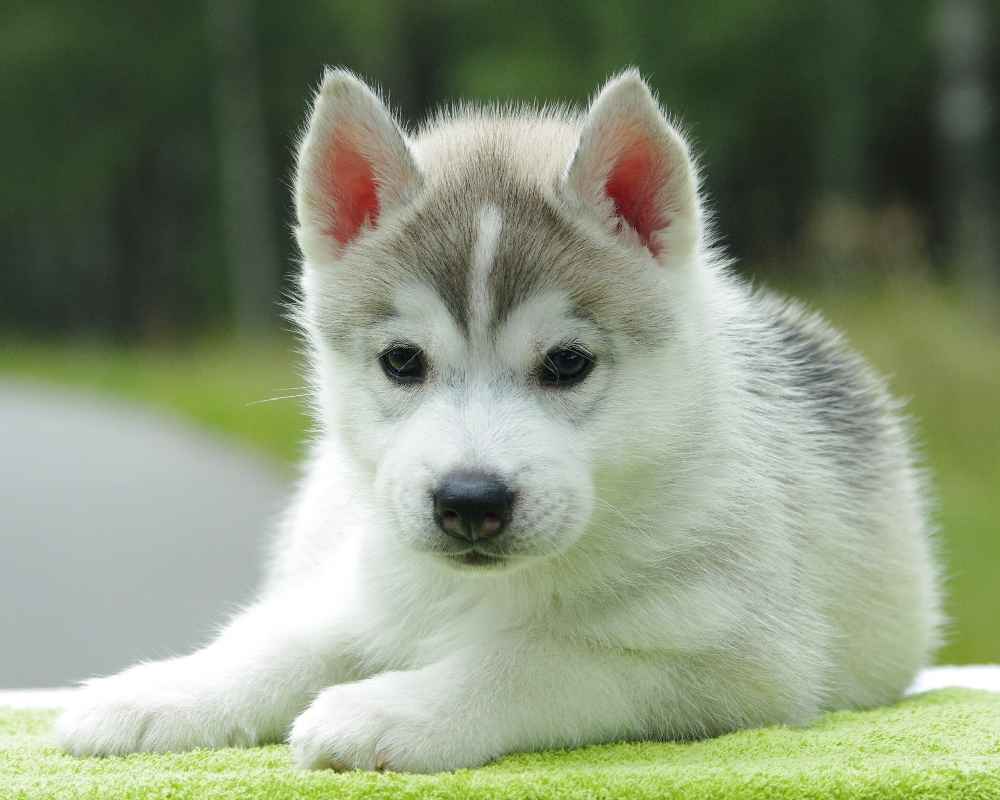 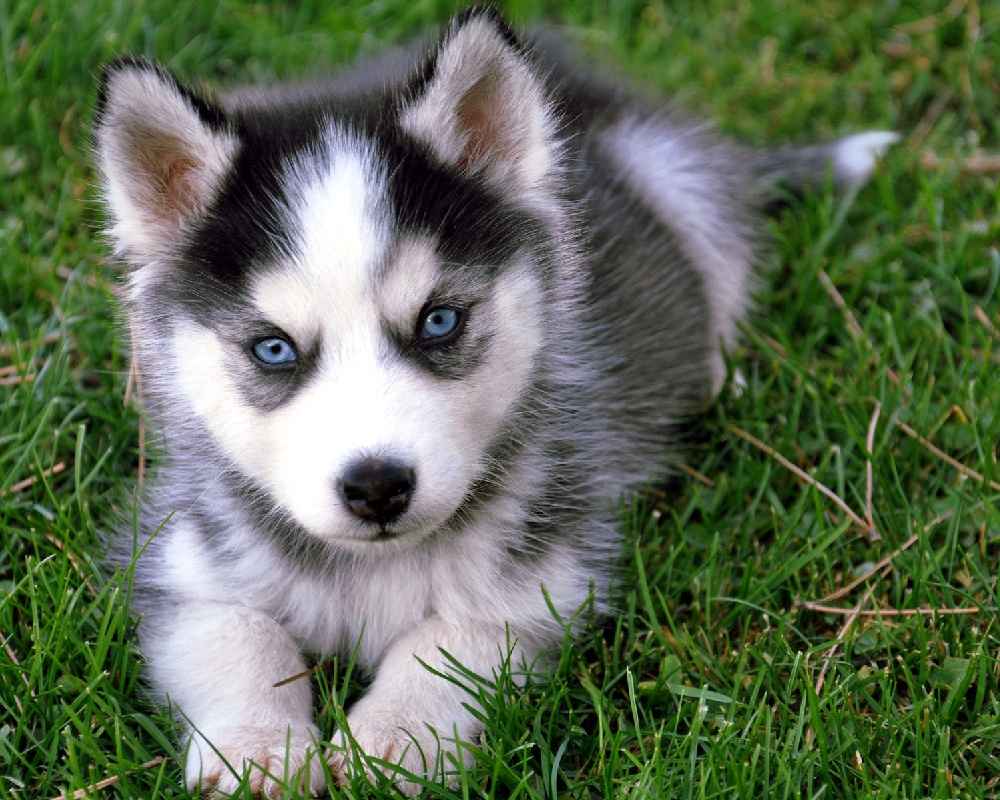 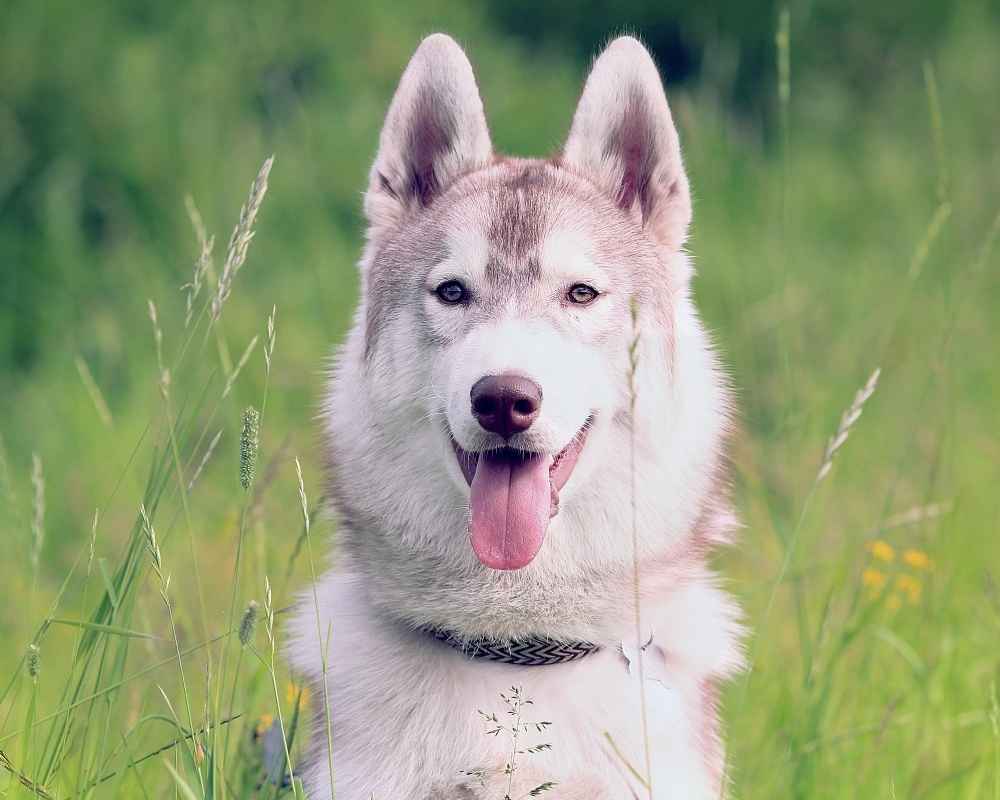 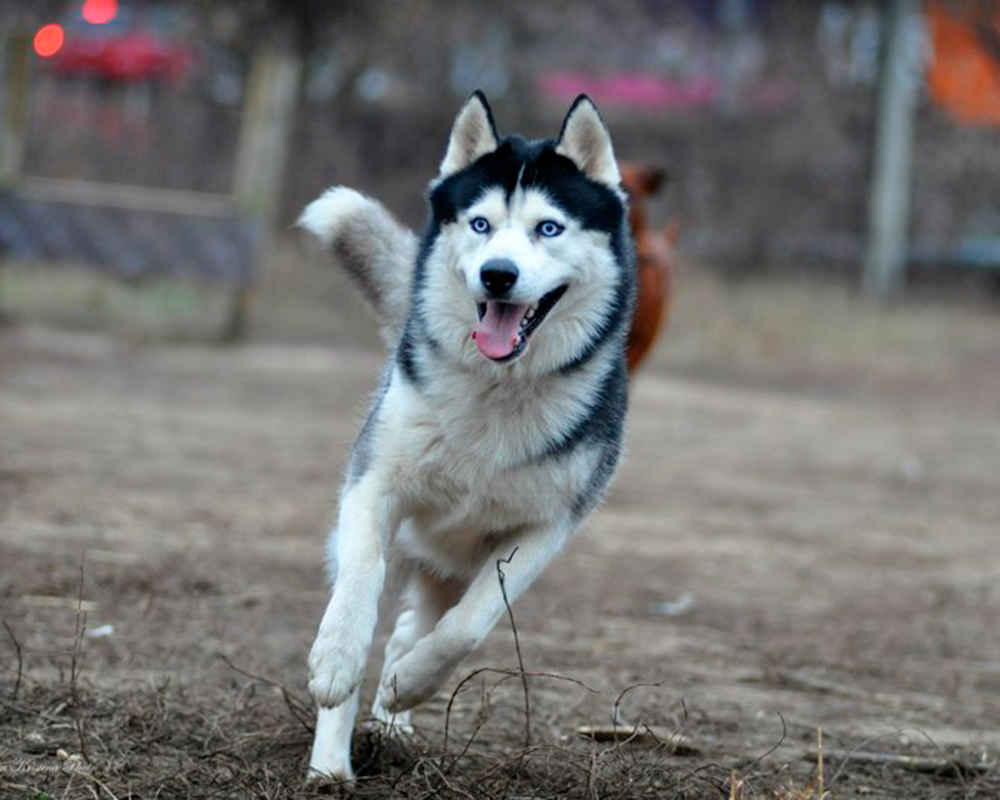 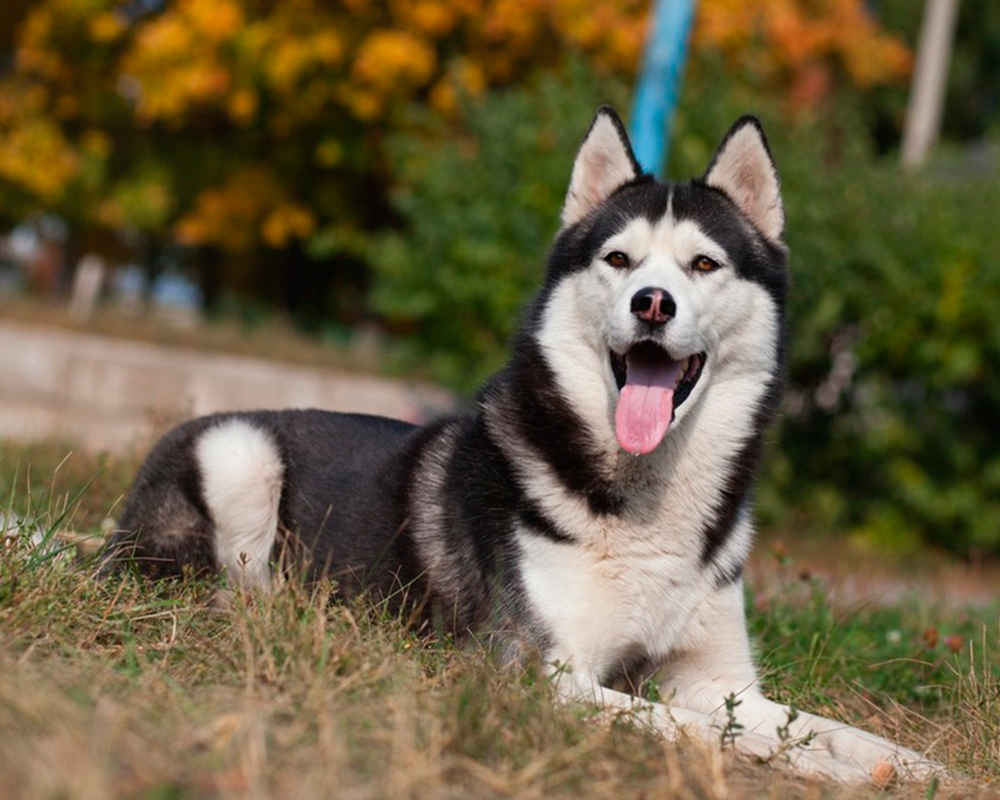