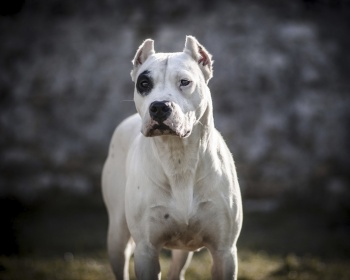 The history of the appearance of the dog breed Argentine Great Dane always associated with a man named Antonio Nores Martinez. It is he for the first time, at the beginning of the 20th century (1920s), was adopted by selection method breed strong, large dogs with a fighting character.

Martinez’s dream was to create a breed that could the world stage to represent his home country. After 100 years, you can to say with confidence what he did. In fact, the breed Great Dane of Argentina, or, as it is also called, Argentine Mastiff, is a descendant of the extinct dog of Cordoba.

When Martinez was just starting out, he had to face congenital aggression, and despite all efforts, eliminate or even significantly reduce this quality he does not managed. Changes have occurred, but they were not enough to change the nature of the breed, which is why the breed is the dogo argentino often used in clandestine dogfights. Such a trend there is today, as a result, he won notoriety aggressive dog. In the 1990s, the breed was banned in many countries, like some other fighting dog breeds such as Phil Brasileiro and Tosa Inu.

However, the successes Martinez managed to achieve allowed the dog to work in a pack, and the instinct of fearless and ruthless the fighter was somewhat transformed into a hunter. So way, the modern breed of dogo argentino officially refers more likely to hunting breeds than to fighting breeds, although in fact aggression and instinct of a fighter have a place to be.

Dog breed Argentine Great Dane is large, limbs medium length, wide, powerful chest and pronounced abdominal the hollow. The head is of the right shape, the muzzle is square, the ears are folded, hang down on the sides of the head. The tail is long, the coat is short. Usually at dogs used in battles, ears and tail stop on understandable reasons (however, some owners do it from aesthetic motivation).

Dogo Argentino – a powerful, strong breed with a large amount of energy. Since the temperament of these dogs has its features, their education often seems difficult, and therefore, it requires an experienced, strong-willed master. If experience with you don’t have such dogs, or you didn’t have a dog at all before, it’s better to choose a different breed.

These animals really have hidden aggression, and therefore, the task of each owner to direct this quality in the right direction. It is amazing that a well-educated Argentinean dog, in the circle of his family it is an amazingly faithful animal, affectionate and open. Moreover, if they recognize your master in you, they will obey, try to please, and in general they will see in you the highest living being, which should be obeyed.

These dogs need a large amount of physical exercises, they like games, walks and are very well training. If energy has nowhere to go, then aggressive traits character will prevail – the dog will begin to deteriorate character, she will become irritable, and in your absence, you can have no doubt hell at home. Moreover, the breed Argentine Great Dane is not only tear your favorite slippers – these pets are powerful and destructive, and therefore furniture and doorposts are possible will have to change.

In relation to other animals and strangers acts The principle is caution and readiness by default. If your dog made friends with another dog, they will play and walk together, this normal, but if suddenly there is a conflict with another You need to grab your pet’s collar immediately with a dog. Since there will be no mercy, as well as retreat. Same thing with conflicting people.

For children, if they are family members, the dog is normal, if the child of your friends wants to play with your dog, you better to be near. Alone Argentine Mastiff is not better for a long time leave.

This breed is well suited for protection and protection, however, live on the street all year round in our latitudes these dogs are not allowed. it a wonderful companion, loyal friend, and reliable defender, here you can no doubt about it. If you live in a private house, you must you need a strong high fence, dug deep into the ground, and even better – located on a concrete basis. After all, the Argentine dog will try to make a dig.

As we mentioned above, for training and raising a breed Dogo Argentino is quite complex. Firstly, this contributes to a certain internal independence and strong character, and secondly, to overcome the internal aggression of these animals sometimes not easy.

First of all, you need to establish yourself as a master, for which There are several main rules. First, don’t lose your temper over for nothing – let the dog see you as fair a consistent host who can and is strict, but only then, when it is needed. Next, let your pet understand that all the important things in his life are with you – you are their keeper and undivided owner.

If the dog is guilty, does not obey you or behaves badly in lately, you can somewhat delay the meal, which usually always on schedule. The dog will ask you but do not give up immediately, wait half an hour, a maximum of an hour. Exactly also with walks.

In the process of training, keep patience and confidence, do not resort to physical punishment for minor misconduct, so you just ruin the character of the animal and reduce the effectiveness no punishment.

Dog breed Argentinean Great Dane has a short coat and not needs special care and frequent combing – once in a week is enough. Clean your pet’s eyes from deposits daily, brush your ears 2-3 times a week, and trim the claws one every 10 days. Bathe the dog once a week or more often.

The dog breed Argentine Great Dane is in good health, and usually does not need frequent visits to the veterinarian. But the propensity for some diseases do exist, including: 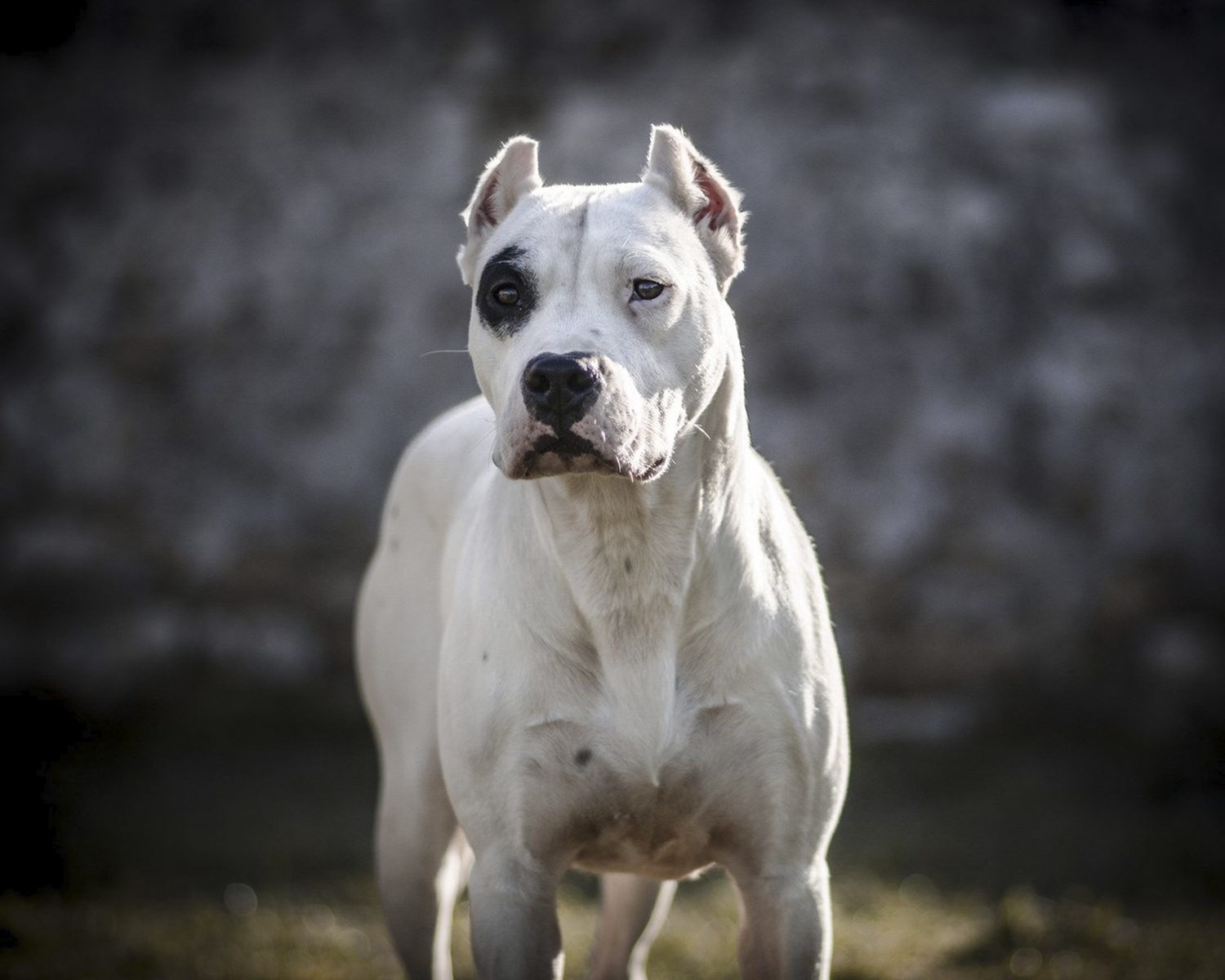 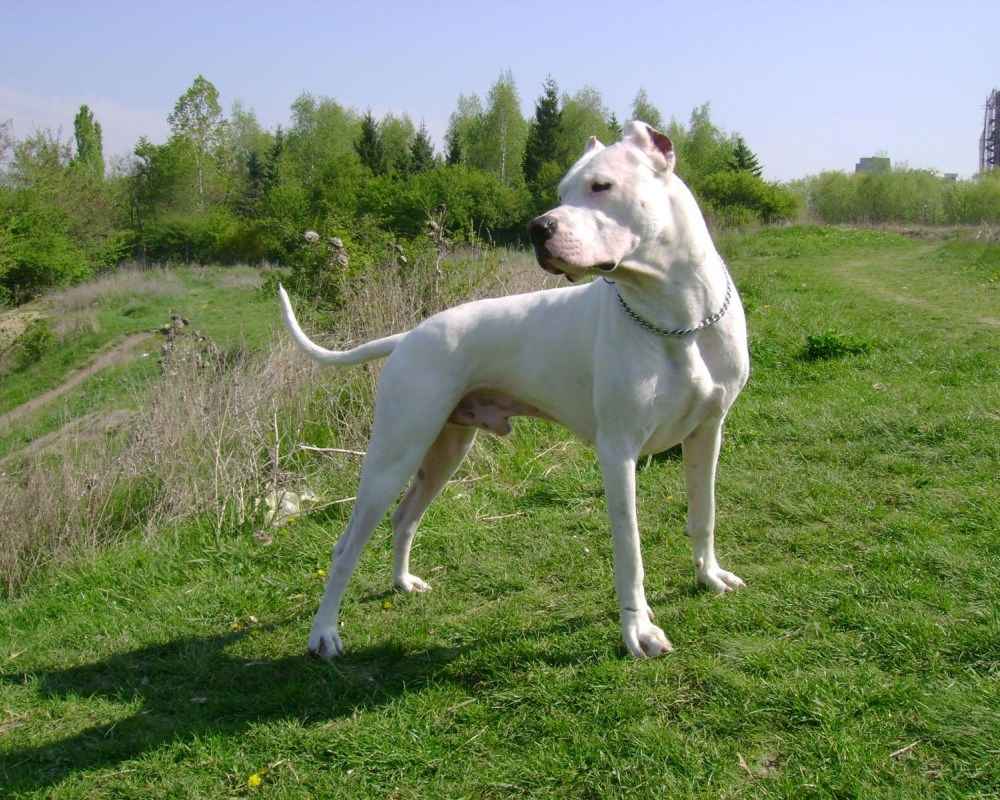 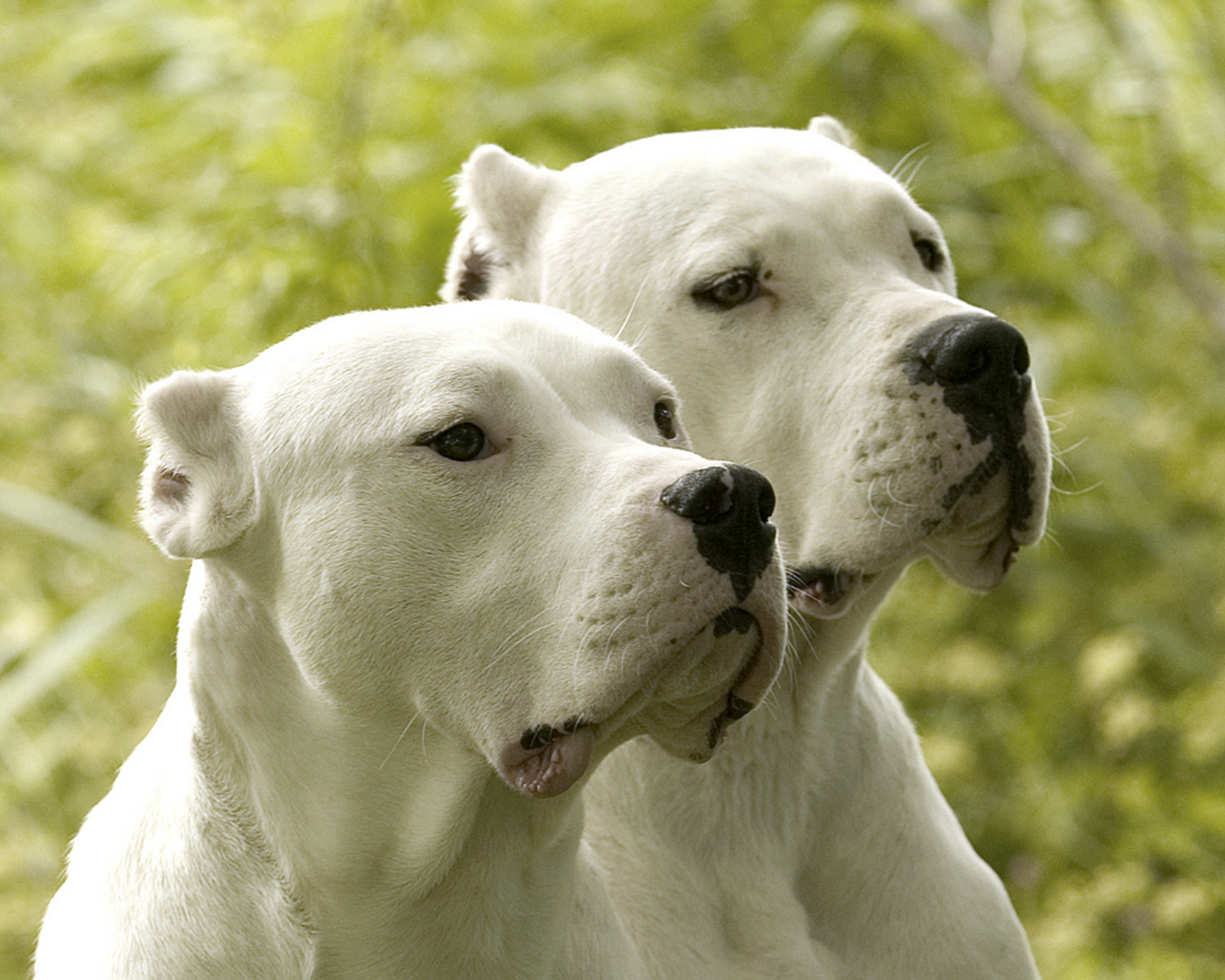 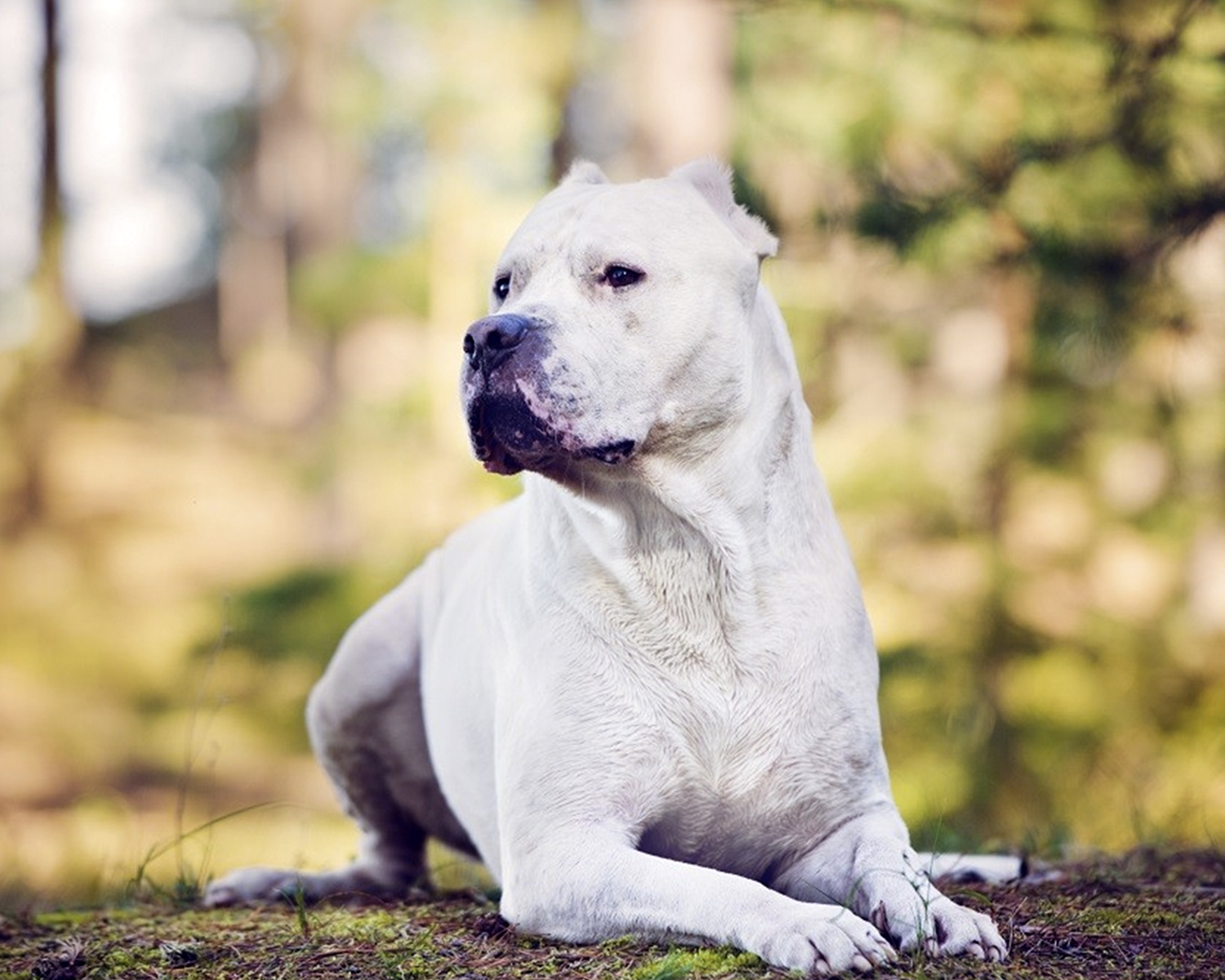 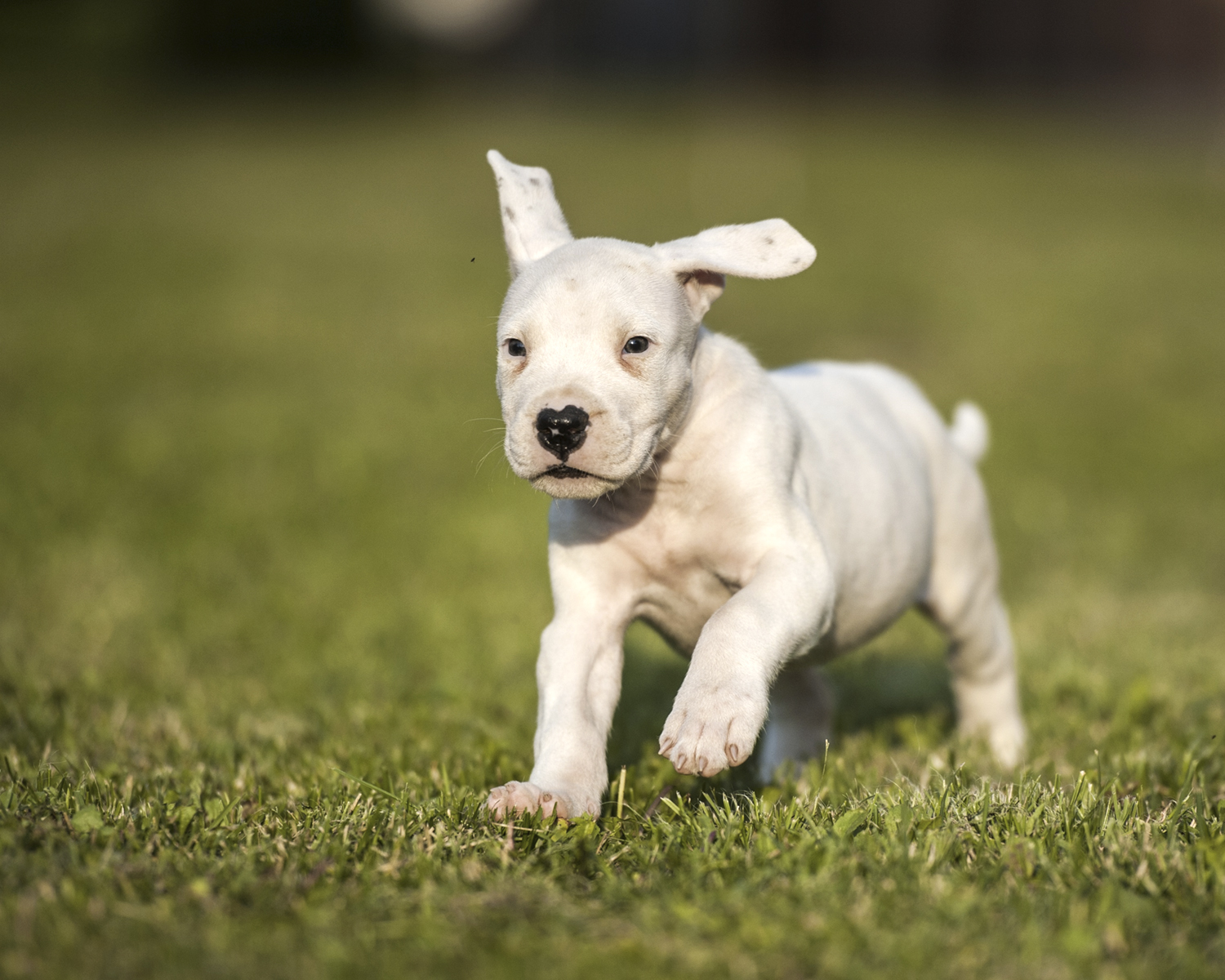