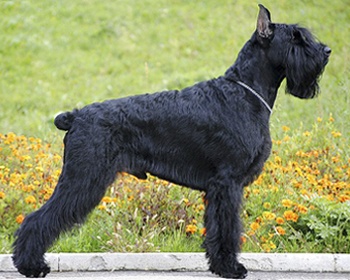 Giant Schnauzer is a breed of dog that originates from ancient shepherd dogs of Germany. The birthplace of the Giant Schnauzer are considered the lands of Bavaria and Württemberg, but now historians can’t exactly say when exactly did this breed arise. There are several theories origin, and the most common, that the Giant Schnauzer was bred to help herders.

Giant Schnauzer most likely arose from crossing a shepherd, black Great Dane and Mittelschnauzer with large smooth-haired dogs. Perhaps in the formation of the breed also participated flanders bouvier. He was known as München and was widely widespread in Bavaria and Württemberg.

For several hundred years, these dogs have not been used. only as shepherd’s, but also for other purposes. In particular, for protection and even hunting. We can say that the Giant Schnauzer is universal dog that has many useful qualities and can carry out various activities, helping a person. Them could be seen in breweries, in butchers, on farms.

In the first decade of the 20th century, in Germany the Giant Schnauzer began used by the police, and had considerable success. In Berlin Giant Schnauzer became the main police dog. Over time, he spread to other European countries, as well as to England and USA. However, in the USA the police of these dogs do not used, since they already adopted a German shepherd, as the best possible breed of dog for service in the power structures.

Giant Schnauzer is a large dog, with the right, athletic physique. The chest is pronounced, wide, deep abdominal cavity. The neck is long, strong, the muzzle is square, with wool which grows like a beard. Ears are usually cropped, like tail. The limbs are of medium length, the hind ones are longer than the front ones. This breed belongs to wire-haired.

The Giant Schnauzer dog breed is a very smart animal that can be the perfect companion for almost any person. The only thing you need to get ready right away is that these dogs have very high energy levels and daily walks and physical activity, preferably at least 1 hour per day. Physical load, it’s not just a walk in the park with your pet, it’s means you need to either train him or take him any active games. And therefore, if you do not provide this you better think about buying another dog.

Giant Schnauzer is very devoted to his family, and can independently stand up if you see danger. You don’t even need to any special training – just the dog acts on to your instincts. Giant Schnauzer dog well suited for watchdog functions. They are very vigilant and distrustful of strangers. However, all year round on the street of this breed it will be difficult to carry out, since their coat does not provide sufficient winter heat storage in our latitudes.

These dogs treat children well, can walk with them and spending time, but it’s still considered that too young children it’s better not to leave them alone. This is not a nanny breed. Giant Schnauzer has a tendency to aggression, and therefore needs early socialization. This will help the character of the dog develop. correctly and harmoniously.

You must introduce your pet to other pets. animals, with people and their smells. The breed has a very developed intelligence, which greatly simplifies the training process. If a Giant Schnauzer enters battle with another dog, he does not retreat and goes to the end. It adapts perfectly to life in various conditions, well suited for an apartment.

Giant Schnauzer dog needs socialization and education, for the formation of a harmonious and proper character. They, so to speak, need to be taught good manners. First first of all, you must put the authority of the owner in the first place, for what you need to initially position yourself as a leader. For There are several proven methods, however, the main thing is Consistency and rigor when needed.

This is not to say that the dog breed Giant Schnauzer is different any special stubbornness or intransigence – no, it’s not So. But sometimes you still have to overcome some internal resistance, you can’t do without it. Generally, the training of these dogs is going well, they quickly absorb the material, they are well remembered, and therefore they can be taught both basic and difficult teams.

Giant Schnauzer dog needs to comb out hair 1-2 once a week. Try to cleanse your pet’s eyes daily deposits, and brush your ears 3 times a week. Bathe the dog once or twice a week, claws are cut 3 times a month.

Giant Schnauzer, a breed that has a penchant for some disease, however, like other dogs. Among them: 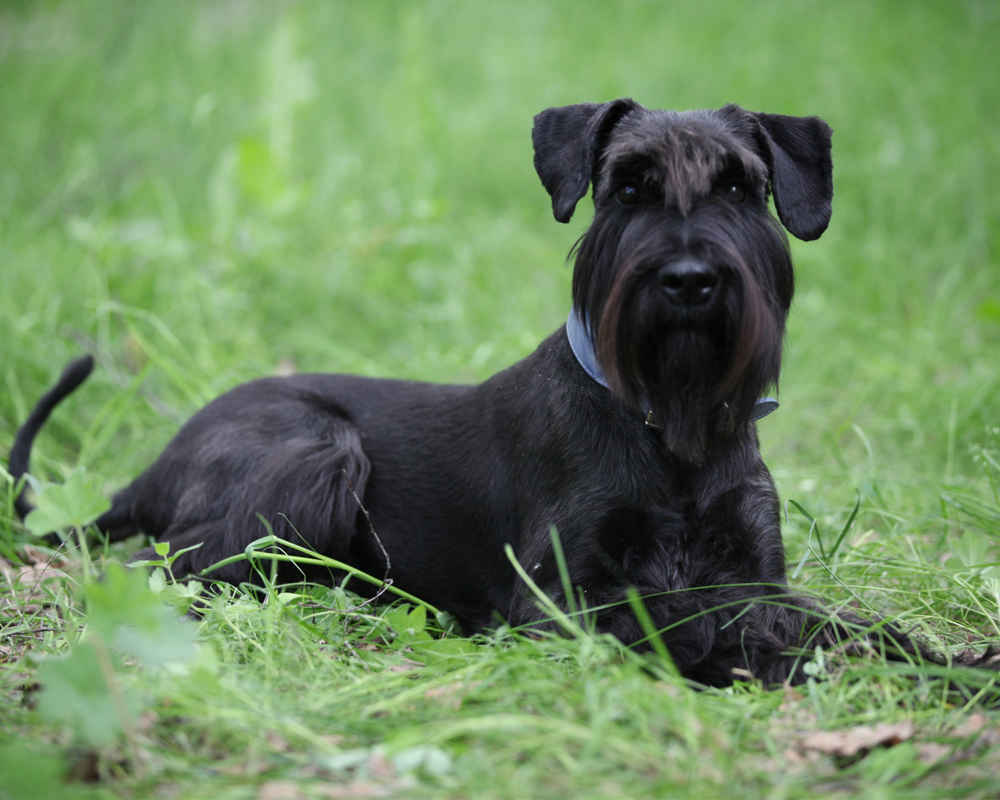 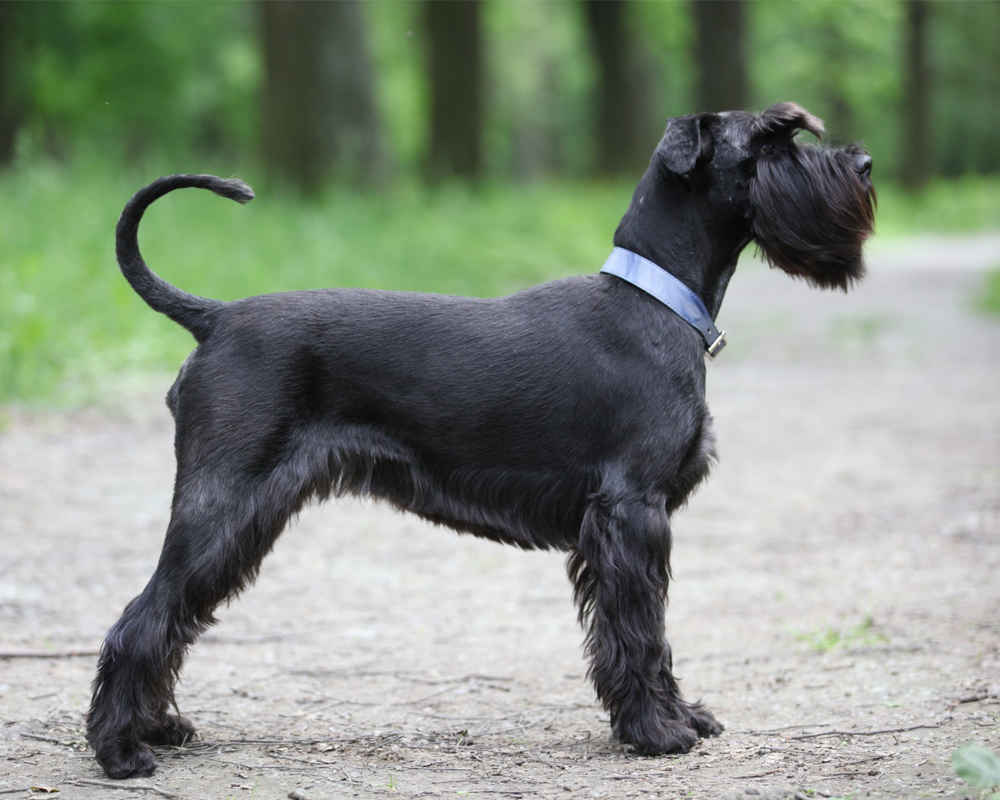 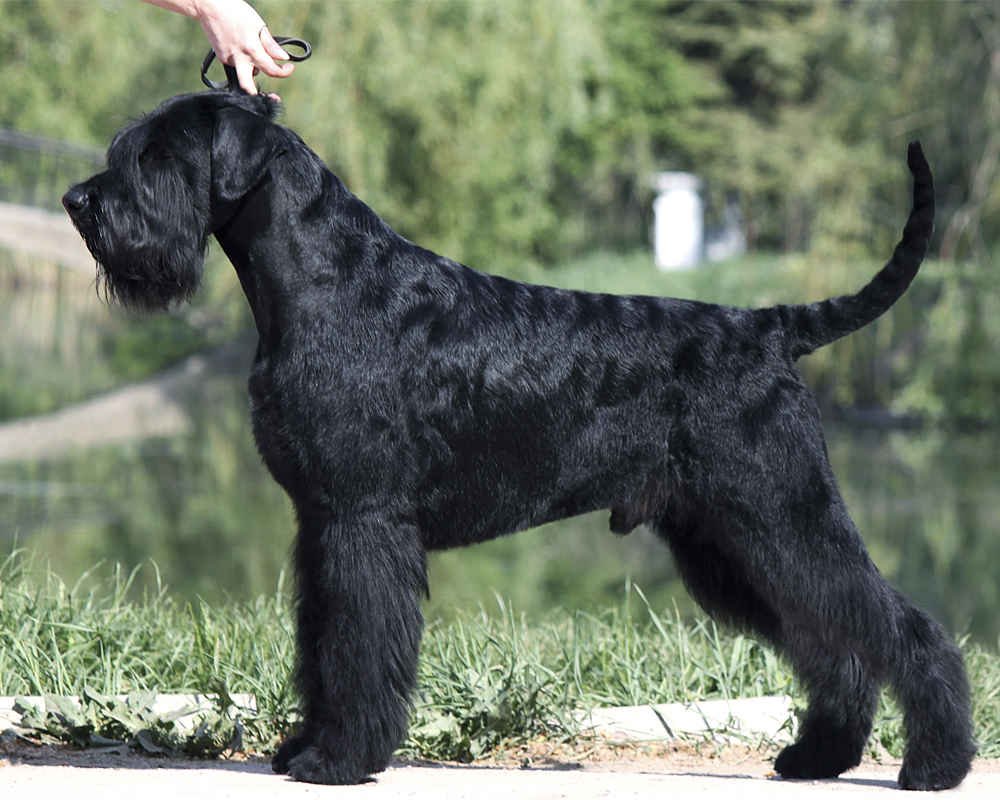 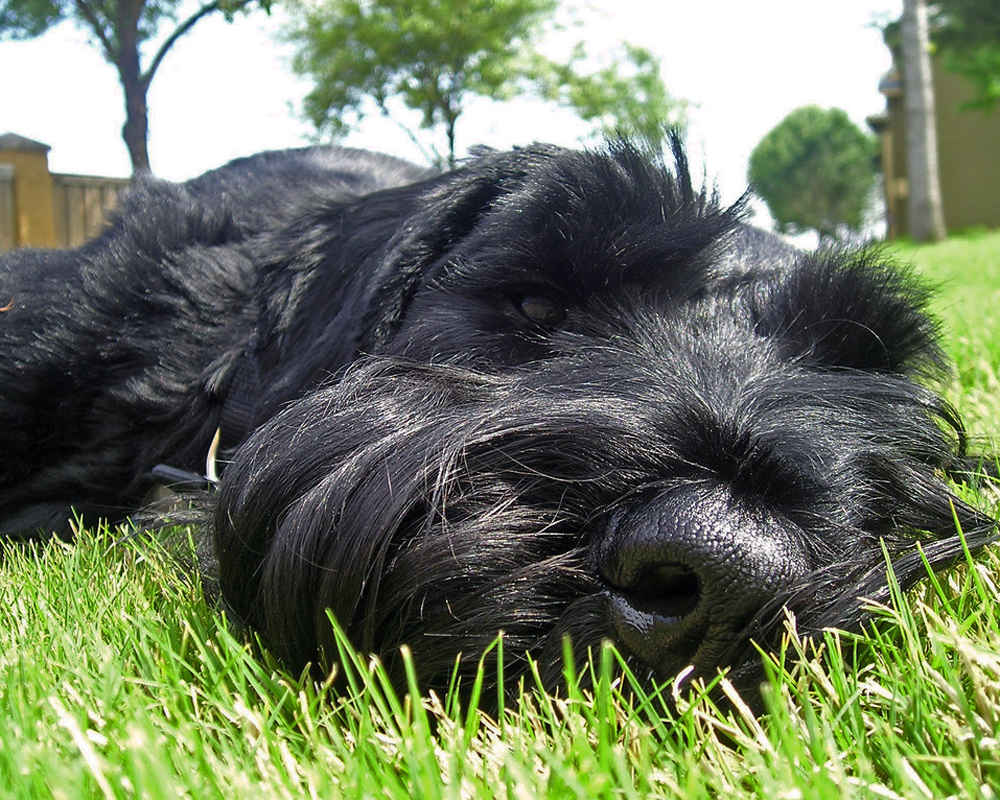 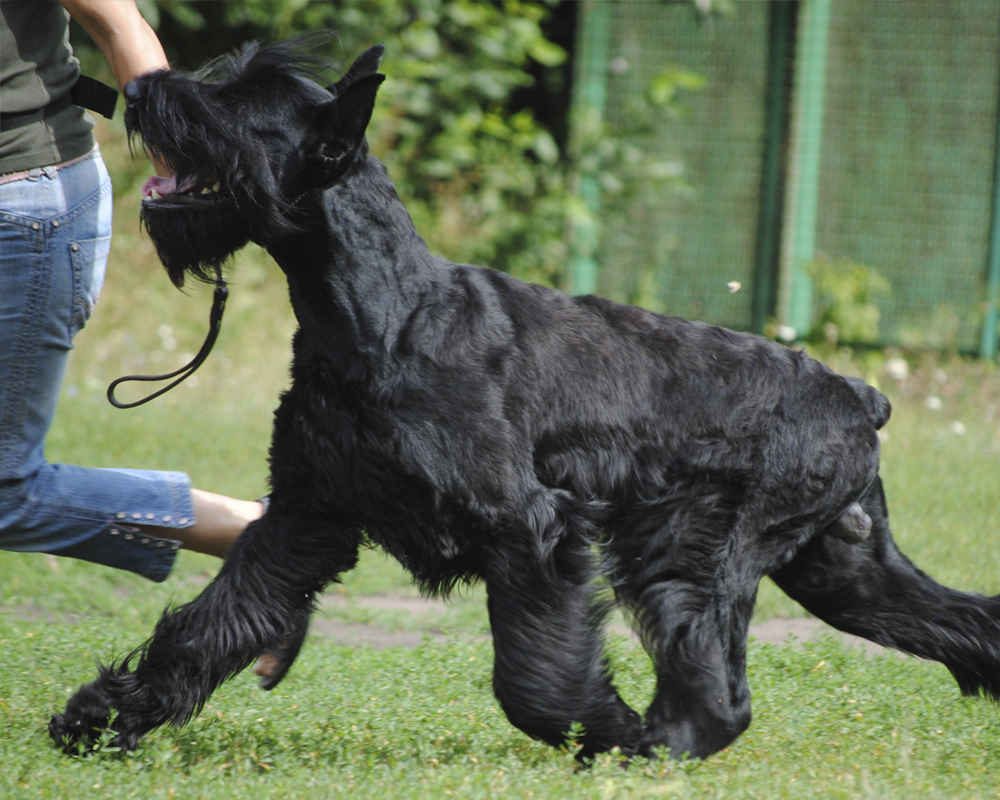 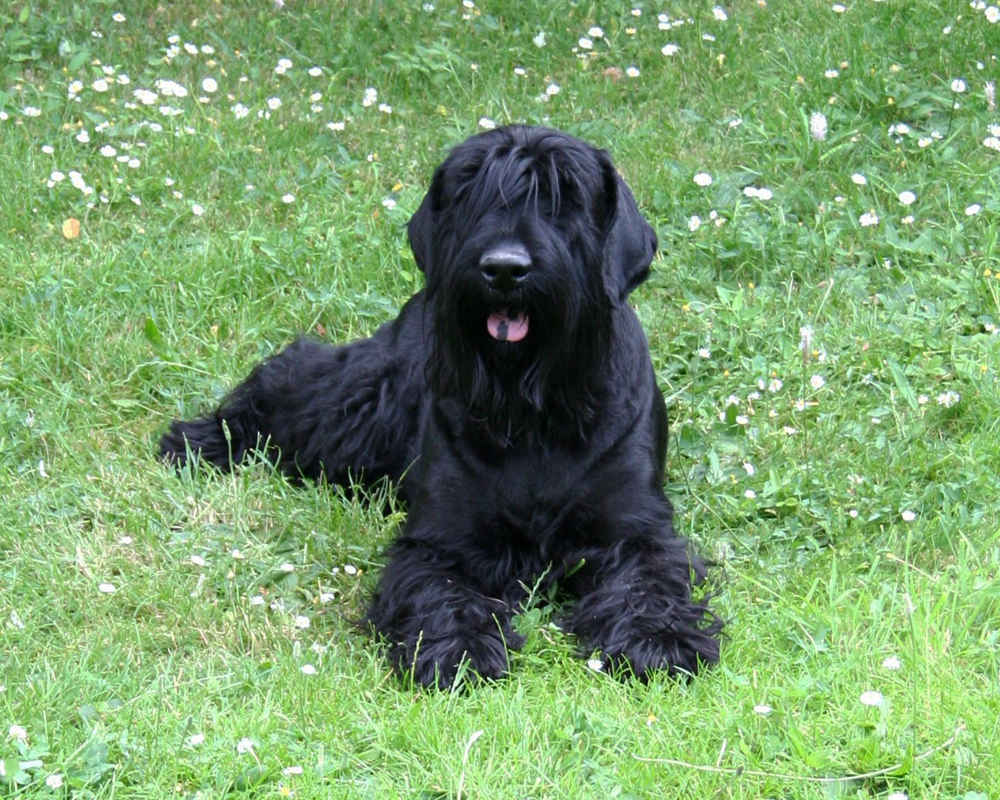 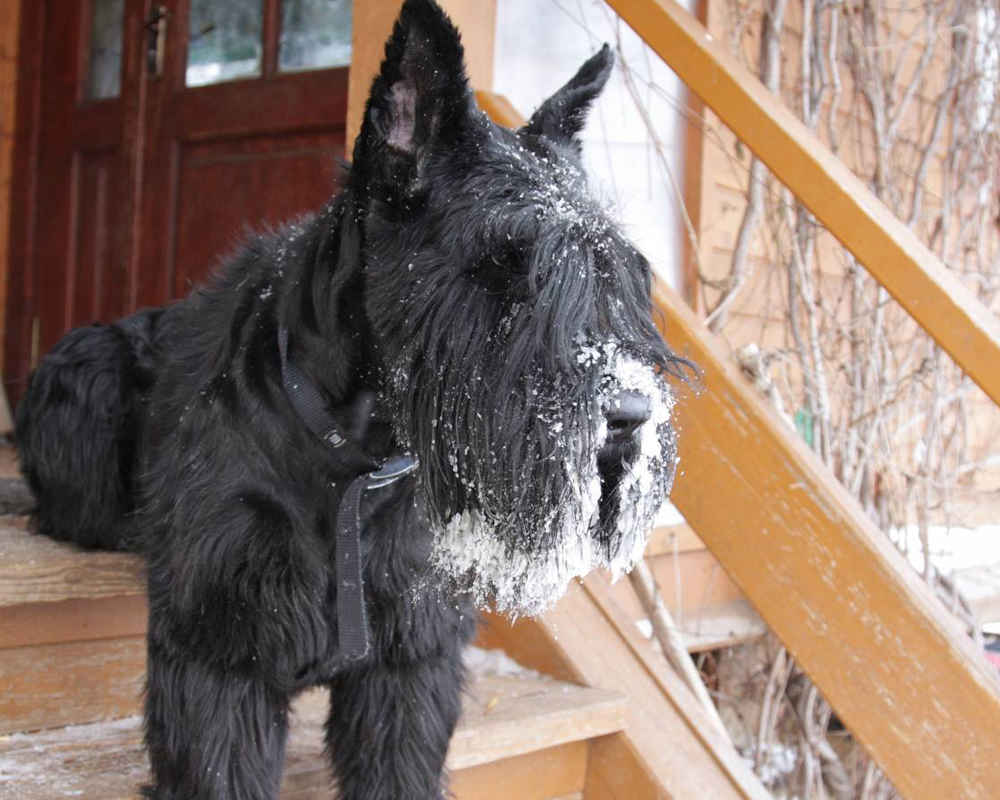 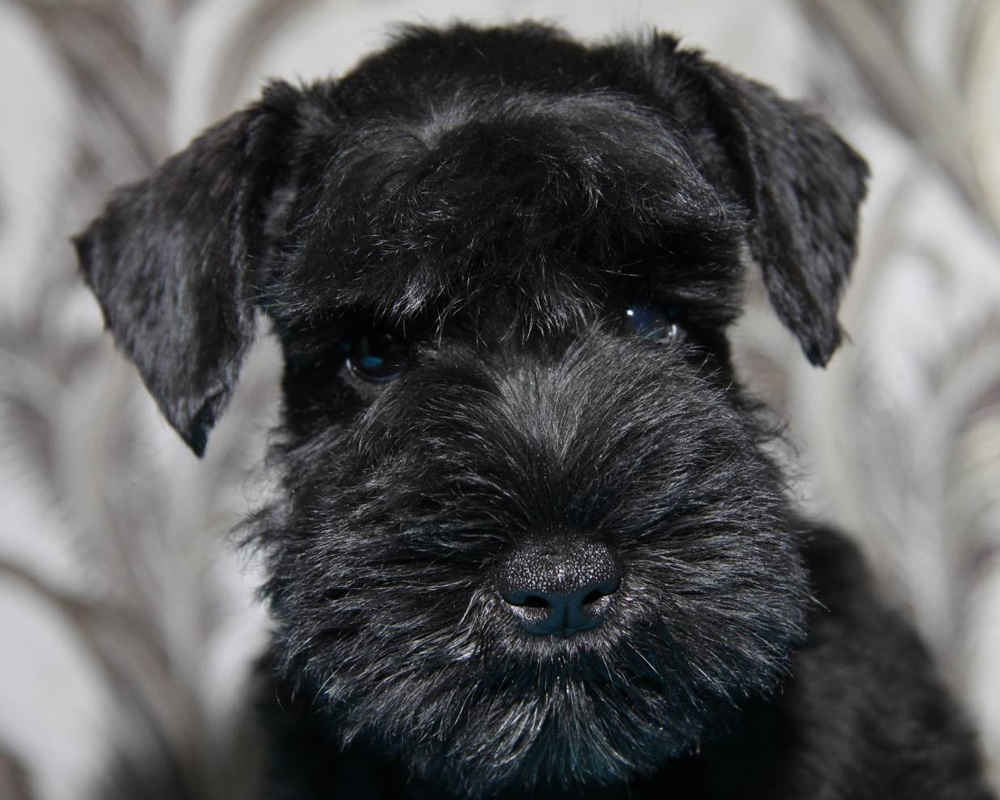