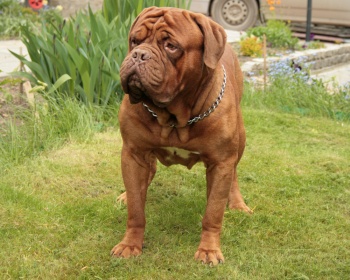 The history of the Dogue de Bordeaux is not very clear, and begins around the 14th century. Although this is only an approximation date, but assumptions – a lot. From the name of this breed, already it is clear that it originated in the Bordeaux region of France, due to Crossing several other dog breeds.

Theories about where exactly, how exactly and from which dog breeds originated the Bordeaux mastiff, there is the unthinkable quantity. Starting from the period of ancient Rome, and ending with Tibetan mastiff. It makes no sense to retell everything, but some of us are still mention.

Let’s start with the Roman theory, which states that in times reign of Julius Caesar, in Rome there was a breed surprisingly reminiscent of dogue de bordeaux. Based on this, assumptions are made that the dogue de Bordeaux could have come precisely from these dogs. Other authoritative sources claim that his ancestor appeared back in times of the early principalities of France, and was popular in Aquitaine.

In a period that can already be tracked, namely, starting with mid-14th century, it is known that developed simultaneously three varieties of these dogs. Namely: Parisian, Bordeaux and Great Toulouse – they were bred depending on the region of France and requirements for physical data and character qualities. That is, in those dog times could perform different functions.

In the early representatives of the breed, the coat could have different coloring, however, modern breeders strictly ensure that coat color was strictly the same shade. In their opinion, this is important cleanliness criterion, which should be maintained despite what.

Dogue de Bordeaux is large, strong, muscular dog. The breed has a large physique, but at the withers relatively low. Extremities are shorter than average, chest is wide, the dog is prone to build muscle.

The tail is medium length. The head is massive, the face is a bit Flattened, ears hang down on the sides of the head. In the Middle Ages it was it is customary to stop the ears, now they usually don’t. Color can take all shades of reddish color, and may also occur white spot on the chest.

Dog breed Dogue de Bordeaux has a calm, meek disposition, however, if not given due attention to education, it may aggression in relation to other animals is manifested. Especially – to other dogs. In addition, aggression may occur by towards strangers, especially if they show any negative character traits in relation to the owner of the animal. Then wait for trouble. Because dog breeders always recommend early socialization and the maximum expansion of the circle of acquaintances, which should include not only people, but also cats with dogs.

Dogue de Bordeaux, on the whole, feels great inside the circle family and literally blooms with loved ones. It is difficult to tolerate loneliness, but because if you want the whole family somewhere absent, you must take the dog with you. This breed has an average energy level, but needs daily walks in the fresh air as well as in training to maintain joints and muscle mass are normal.

Also, keep in mind that the Dogue de Bordeaux may be prone to obesity, and therefore walking and training is an additional way Avoid excessive accumulation of fat. These dogs perceive children normal, however, it’s important to teach your child how to handle to animals. In addition, if the child is too small, it is better not to have them alone. leave, because even just because of its size and weight, the dog it can hurt without care baby.

Dogue de Bordeaux is smart enough to understand the human speech, and in principle differs in obedience. On the other hand, if the owner did not devote enough time to education and socialization, the dog may be wayward, sometimes disobey commands and do it your own way. In this case, it seems as if the dog considers himself the center of his own universe, and all those around him perceives insofar as.

From about six months old you need to pay a lot of attention to shaping the right character of your dog, socialization, and also begin the process of training. Consistency, kindness, patience and a sense of humor are necessary qualities of any owner, because without them you will be extremely it’s hard to behave properly in the learning process. Important not not only educate your dog, but also not to ruin its character.

Dog breed Dogue de Bordeaux perceives the process well training, but the owner must be confident, possess solid character and perseverance, however, without going too far and applying physical punishment where it is not required. Bordeaux Great Dane, a breed of dog that often takes part in various dog sports disciplines.

Dogue de Bordeaux is a smooth-haired breed, and therefore does not require special hair care, needs to be combed out once two times in a week. You need to bathe the dog at least once a week, trim claws three times a month. Always make sure that your ears and eyes Your pet was clean.

The breed of dogs is a great Bordeaux dog in good health and how usually does not require a visit to the veterinarian. It’s hard to call serious diseases to which these animals may be exposed. An exception may constitute hip dysplasia, and problems with heart and eyes. 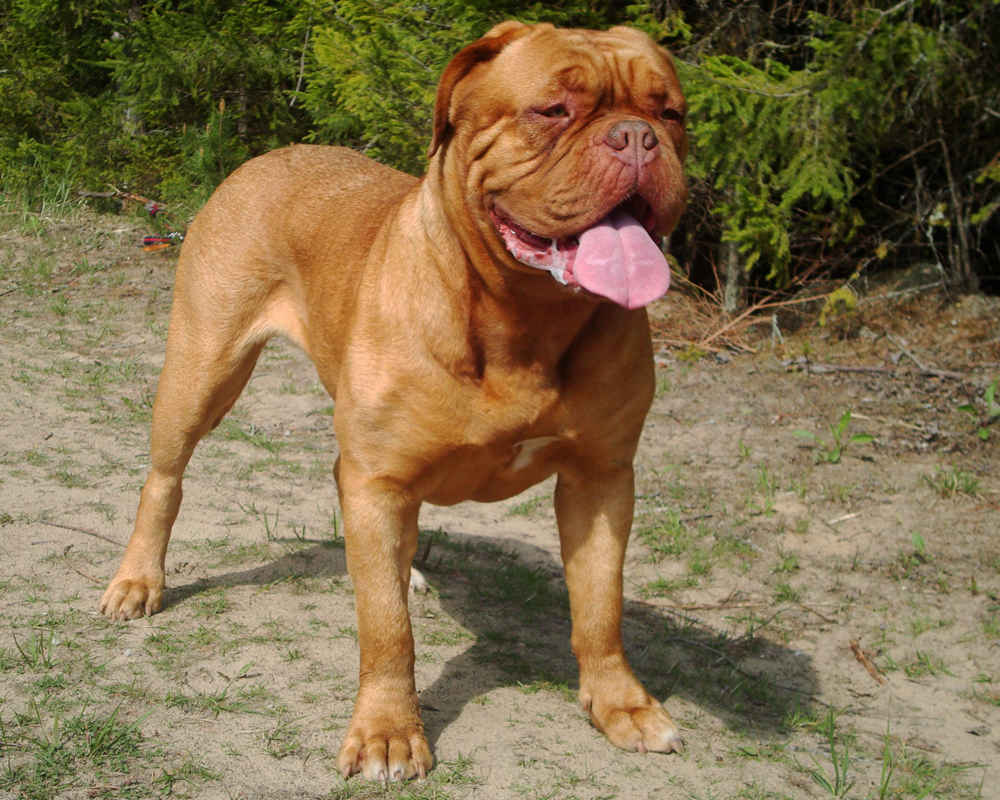 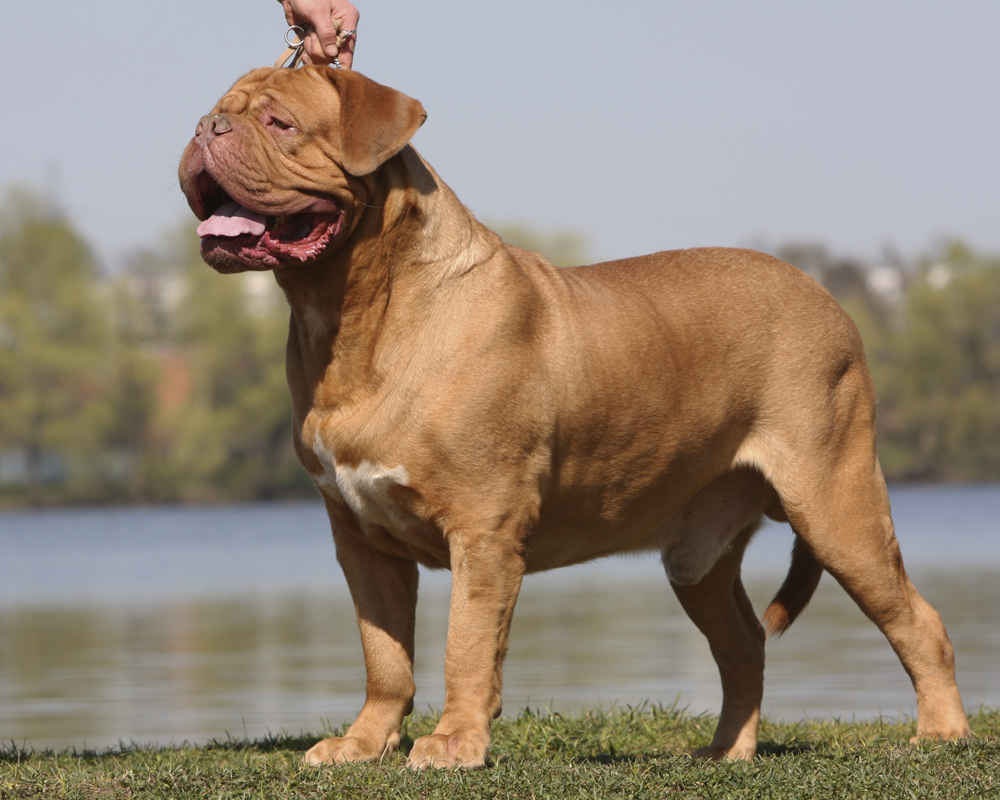 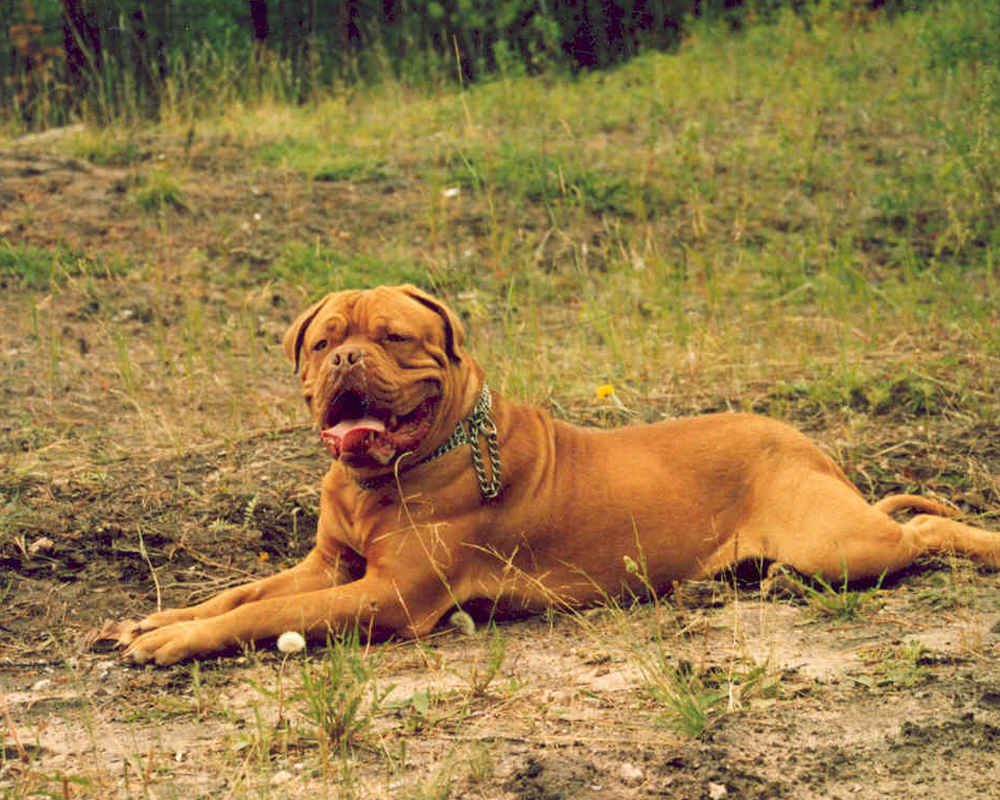 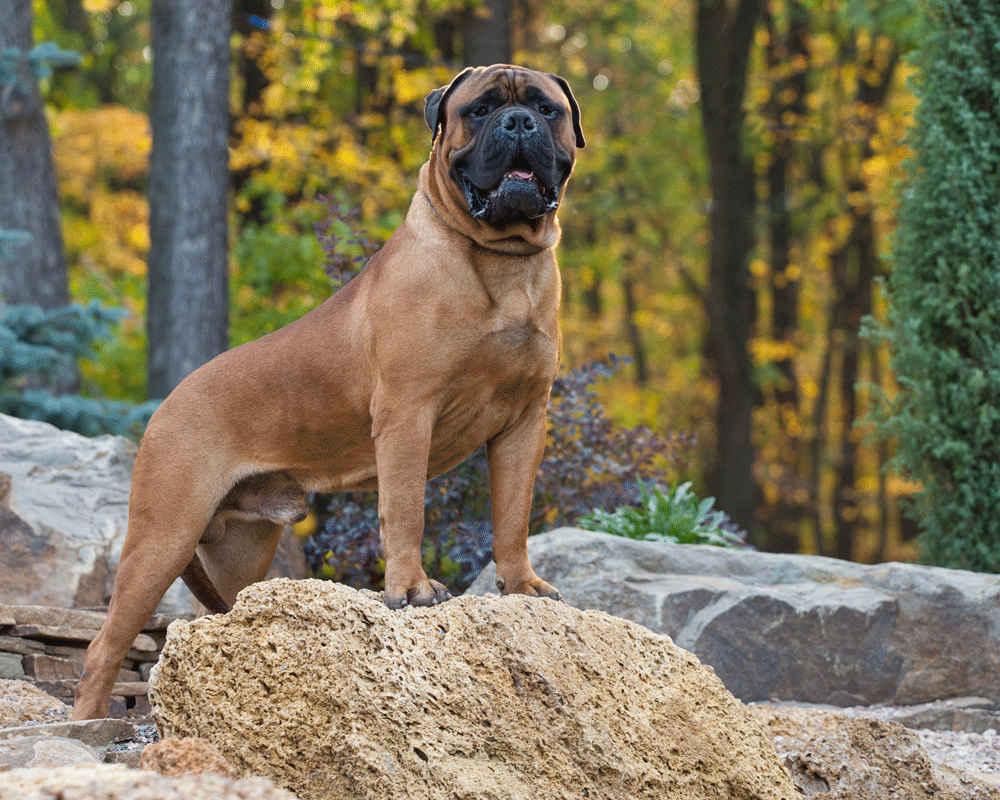 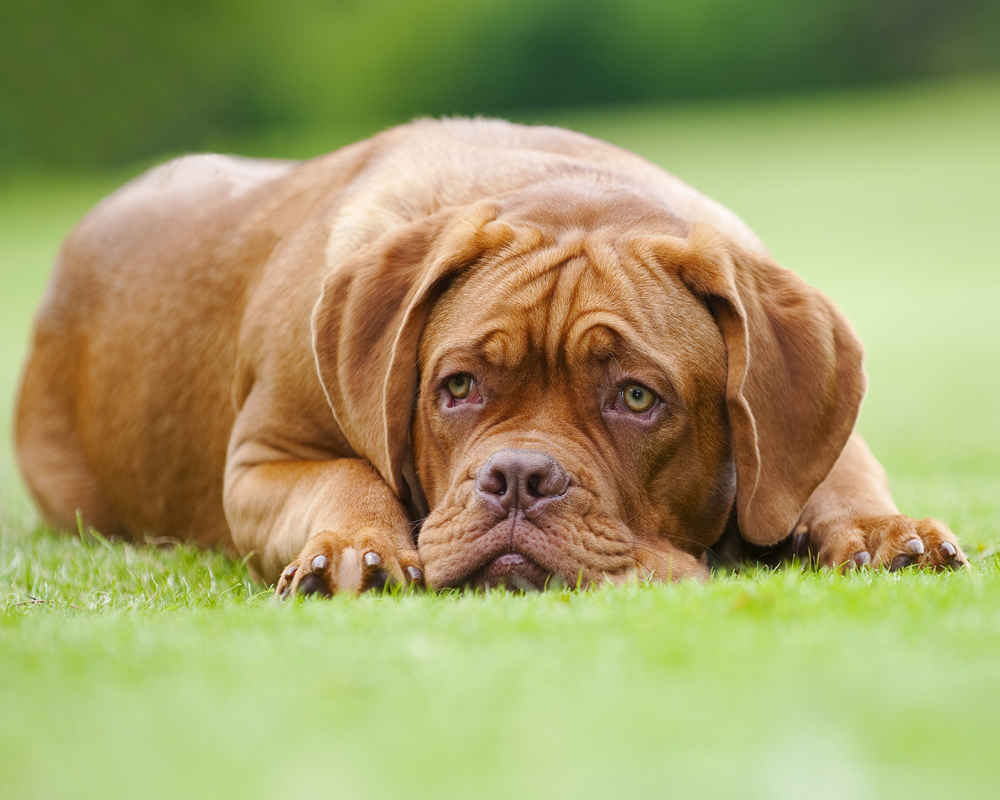 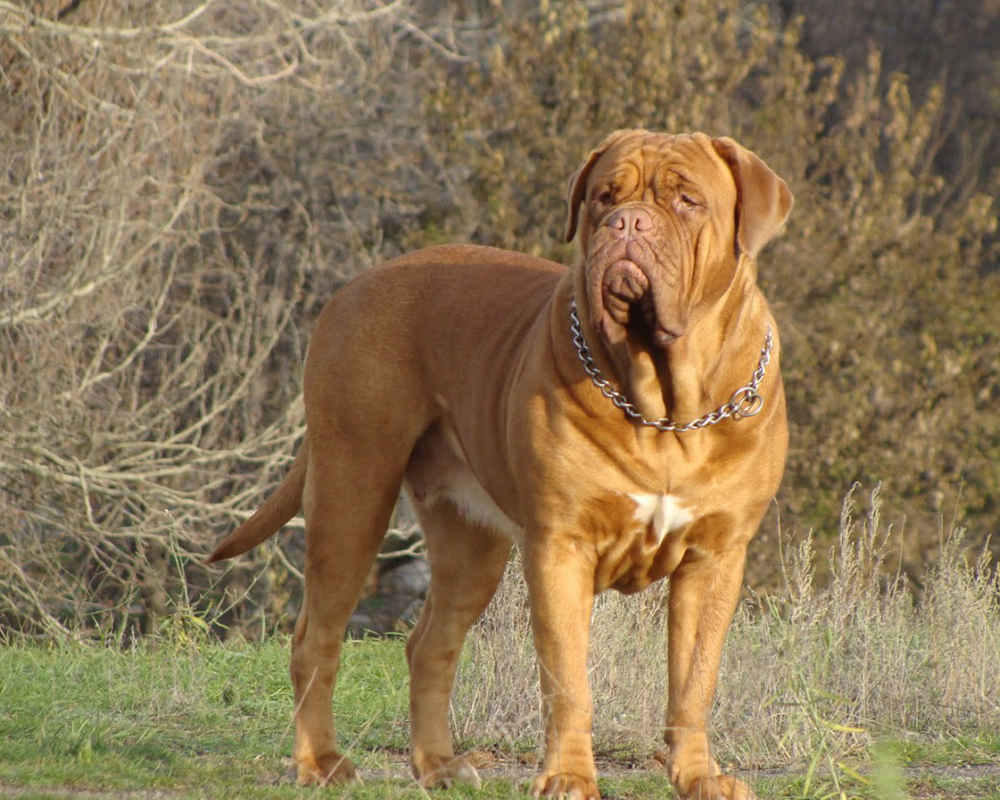 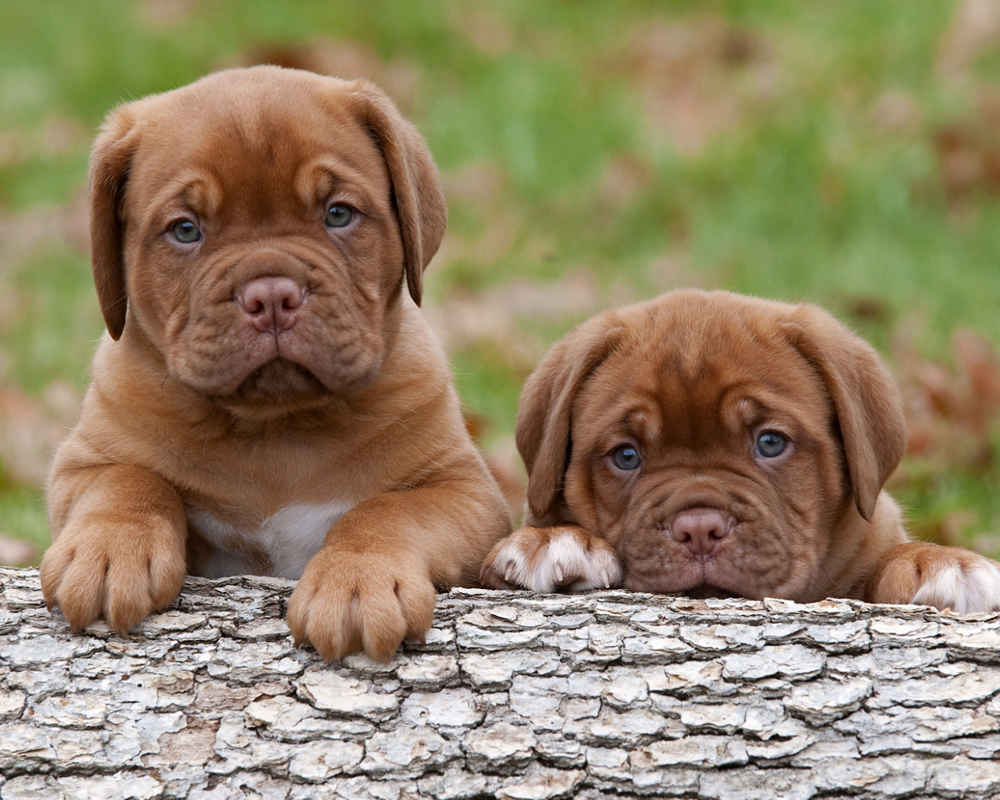 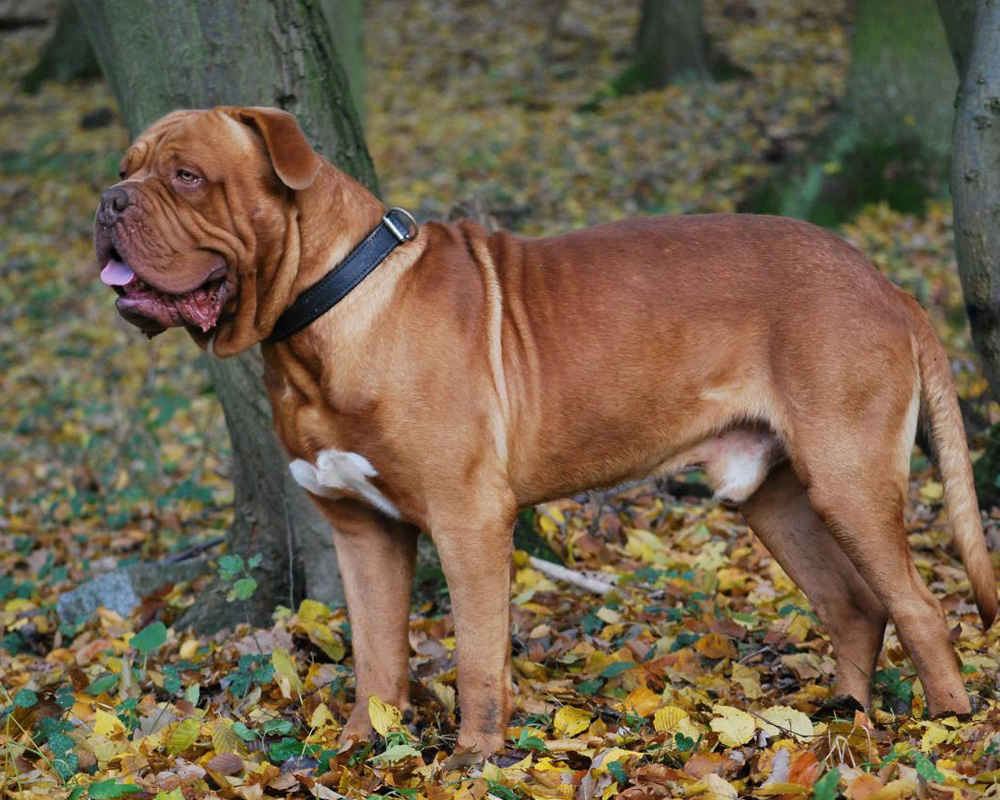