In humans, anorexia is an eating disorder associated with the desire of girls to lose weight by any means, even to the detriment of health. Less commonly, it becomes the result of serious illness, not allowing a person to consume the required amount of food. Animals do not care about their figure, which means that anorexia in dogs arises for other reasons. What owners should know about pet eating disorder?

Causes of primary and secondary anorexia

There are three types of disorder – primary, secondary and pseudoanorexia, each of which has a number of features:

Anorexia in dogs can occur for the following reasons:

Eating disorder is a symptom of many diseases and conditions:

Almost any critical condition is heavy blood loss, peritonitis and others may be accompanied by anorexia.

Symptoms of anorexia depend on the type of pathological condition. In a primary disorder, the animal is disturbed by a headache, nerve spasms occur, coordination is disturbed in the dog, cannot to maintain balance, there is a risk of epileptic seizures. 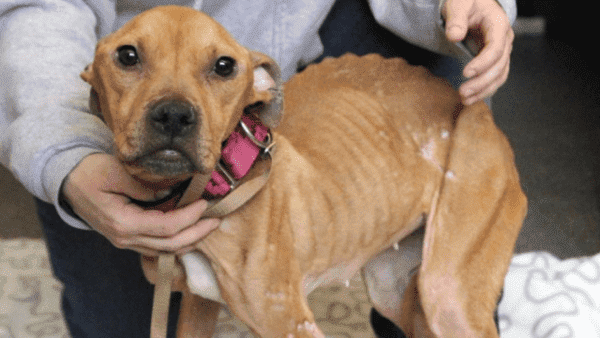 The dog feels sick, vomiting occurs. Edema often develops. of the brain, signs of pathological disorders in CNS activities. The condition may be complicated by hydrocephalus – dropsy of the brain. The pet is behaving nervously, moody.

During a secondary disorder, the animal experiences pain, signs of intoxication are manifested. The pet is trying to hide from strangers, ignores commands, does not respond to them and whines. Possible increase in internal organs, which may be noticeable with the naked eye. In addition, the condition is accompanied by symptoms of the disease that caused this pathology.

If the dog develops pseudoanorexia, then the appearance of following signs: inflammation, gum disease, toothache, chewing muscle paralysis, which prevents the pet from moving apart the jaw.

Anorexia is a dangerous condition that threatens not only health, but also the life of the animal, so most often it requires professional medical care.

Suspecting something was wrong, the owner should first of all test your pet – we are talking about anorexia or pseudoanorexia. For this, the dog should be given food and look at her reaction. Will the dog show interest, is it capable of capturing slice and chew? Is the process accompanied by signs of pain syndrome?

Then it is worth assessing the condition of the dog’s mouth. Often an animal with eating drops food, sits in front of a bowl, but doesn’t eat or, only Having started eating, he turns away and leaves. This behavior may be caused not by disorders, but by diseases of the oral cavity – gums, teeth, tumors, chewing muscle tissue and other

If serious symptoms occur, the dog must be shown to the veterinarian. First of all, the therapy is feeding. the patient through the probe and conducting a diagnostic examination with to identify the root cause of the disorder. X-ray assigned chest, ultrasound examination of the peritoneum, fence biological material – urine, blood, hormonal tests.

The first 3-4 days, the dog is force-fed with a paste consisting of high-calorie foods, and meat balls. If arises vomiting and nausea, then the doctor resorts to the probe. Vet may install the handset and show the owner how to use it to give Pet food, which avoids hospitalization.

Forced feeding is used until it succeeds. rid the patient of the root cause of anorexia. If therapy carried out at home, the owner is advised to lead diagnostic diary in which all arising changes in condition.

If the pathological condition is caused by pyroplasmosis, then maintenance therapy is carried out:

Veterinarians also resort to symptomatic treatment, however it is considered ineffective, as it does not eliminate the risks unforeseen relapses.

Dogs who have had a serious illness or surgery intervention, prescribe courses of corticosteroids, anabolic steroids that stimulate the synthesis of hormones that are responsible for feeling of hunger.

Nervous stress is considered one of the important reasons provoking any disease other than congenital. Quite understandable is animal reaction to moral trauma in the form of refusal of food, but Mandatory stopping of this process is required.

The owner should provoke the pet to eat, this will allow you to start the production of the necessary hormones. And although the dog can’t fully taste the food, he will begin to feel hunger. 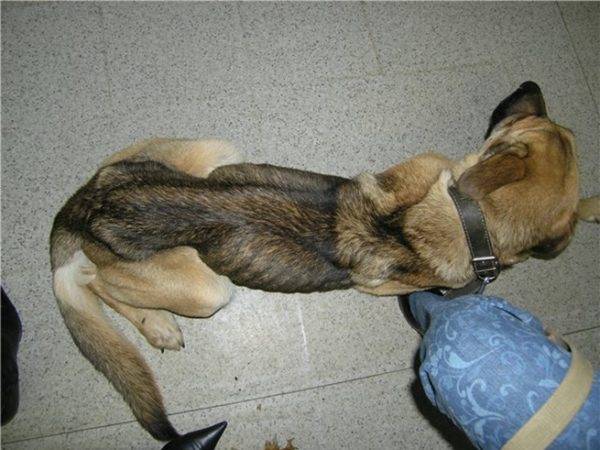 It is important to provide a suitable environment: it should be familiar, friendly, calm. Do not invite to the house strangers, annoyed if initial attempts end a failure.

It is desirable to place the pet in a separate room / room, sufficiently ventilate and moisten the air, provide suitable temperature conditions. Better to start with special pastes. or canned pastes with an attractive aroma, taste quality and delicate texture.

The patient should be provided with useful fluids: tea (warm), in which you can add a little honey, milk, sweet water (in dissolve sugar in a glass). Also ideal in this case option will be infant formula.

There are a number of recommendations that will help the owner feed pet eating disorder:

When your appetite returns to your pet, you can immediately transfer it on the usual food.

Dogs are predators, which for full life animal food is required – a source of protein. Without it, the body can serious violations occur, including the development of irreversible processes. Therefore, it is very important to identify timely signs of eating disorder and provide pet necessary treatment and care.