Endometritis in dogs is an inflammation of the uterine cavity. As a rule, this phenomenon is caused by pathogenic microorganisms. IN in some cases, the disease occurs in conjunction with others serious ailments, then the dog’s life is at risk, urgent medical attention is needed. To avoid unpleasant consequences, the owner must monitor changes in the health of your pet, because you can suspect the first symptoms illnesses.

Veterinarians believe the most common cause inflammation of the endometrium in a dog – hormonal disorders. Imbalance negatively affects the whole organism as a whole, because of it the uterine wall thicken, an excessive amount of secret accumulates. Often on this purulent endometritis is diagnosed, the secret leaves the body dogs with serous discharge. 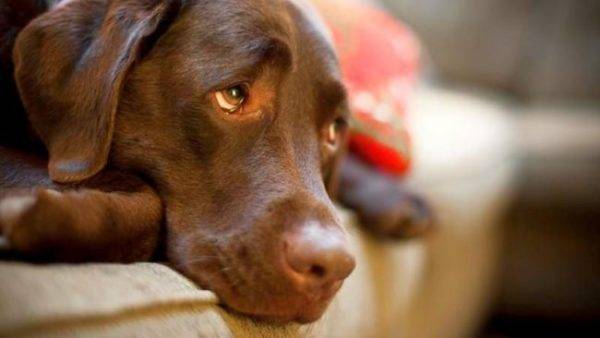 Hormonal disorders are possible for many reasons. In dogs quite often leads to such a phenomenon as false pregnancy. The animal is diagnosed with all the signs “interesting” position: swelling of the nipples, abdominal enlargement, recruitment weight, the appearance of milk. False pregnancy occurs in those giving birth and nulliparous individuals. Hormonal malfunctions are possible during sexual intercourse. maturation of the dog, as well as due to heredity.

Endometritis appears after an infection from the vagina penetrates the uterine cavity. Various vaginitis, genital diseases organs, the genitourinary system – all this can be the cause endometrial inflammation.

Endometritis often occurs against the background of childbirth. Dog can get sick with them if they have very large puppies, because in this case there is a great chance of ruptures and erosion on the walls of the uterus.

If the puppy dies at the time of birth or even in the womb, then the dog, usually gets sick. There is a decomposition of fetal tissues, in resulting in bacteria that cause inflammation. IN in most cases, endometritis against this background is difficult, with purulent discharge.

Then, when a person helps a dog to be born, you need to remember hygiene. Sometimes there is no time to wait for the vet, then the owner decides to pull the puppies out with his hands. Infection will happen if such procedures are performed without antiseptic means and hygienic gloves. Bacteria can get inside in case of rupture or microtrauma of the vagina, they also may occur due to the fault of the owner who does not know the basics of obstetrics.

Symptoms of endometritis in dogs

The first signs that a dog’s uterus is developing endometritis, do not appear immediately. Symptoms usually appear later. 3-5 days, in some cases the incubation period lasts longer can reach up to 7 days. Endometritis is sometimes poorly characterized. severe symptoms, its manifestation may not be noticed at all for a long time.

The disease has 2 forms of flow: 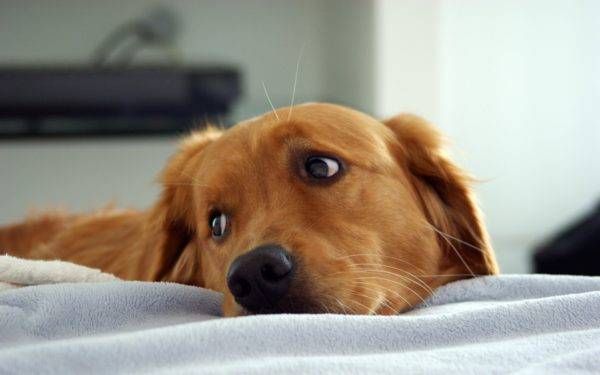 In most cases, an acute form of endometritis appears after childbirth, during which infection by bacteria occurred. This the form is characterized by pronounced symptoms that are difficult overlook:

Chronic endometritis is possible when the dog is not treated for the acute form of the disease, it also occurs on the background hormone imbalance. The main symptoms include:

These symptoms may not only indicate chronic endometritis, but also for many other gynecological diseases in dogs. Therefore, it is important to contact a veterinary clinic for help, where extensive diagnostics will be carried out and subsequent treatment.

After going to the clinic, the veterinarian will collect an anamnesis. His will Interested in the following points:

First of all, the veterinarian will be interested in the nature of the discharge dogs, you need to tell more about this – clarify them frequency, color, consistency.

At this stage, the veterinarian is already able to put a preliminary diagnosis, to confirm which the dog is sent for further research. First of all, they diagnose ultrasound with a sensor check the condition of the uterus and its walls, detect the presence neoplasms – cysts and tumors.

Blood and urine are required to assess the general condition, these tests will immediately reveal a possible inflammatory process in the body, will appreciate the work of the urinary system.

If the doctor during the examination records a violation of the heart rhythm, the dog will be sent to EGC, where a clear diagnosis will be revealed. IN In some cases, an ultrasound and chest x-ray are necessary.

Based on these data, the veterinarian sets the final diagnosis and prescribes a pet treatment regimen. 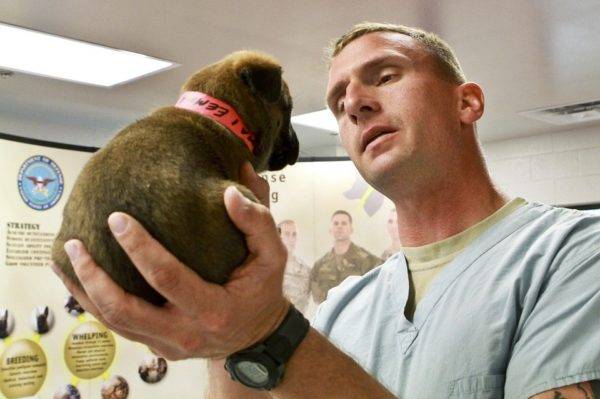 First of all, drugs aimed at restoration of the water-salt balance, this is necessary in the case if the dog was tormented by vomiting. At elevated temperatures are used antipyretic drugs.

Treatment of inflammation of the walls of the uterus is with antibiotics and lasts at least 10 days. If the selected drug does not work the body of the pet is properly assigned a bacteriological sowing.

In advanced cases, surgery may inevitably be intervention, during which the uterus, and sometimes the appendages, is removed. An operation is performed when there is a high risk of rupture due to accumulated pus, because in this case the dog is waiting for a lethal Exodus.

After surgery, the animal for some time located in the clinic where health monitoring is carried out, heart performance is evaluated. The doctor will also prescribe antibiotics, their consumption will reduce the risk of postoperative infections.

Preventive measures can in many cases prevent the development of inflammation of the endometrium. Since often the disease occurs against the background of hormonal imbalance, it is important to pay attention to your pet. For alarming symptoms, contact your veterinarian a clinic where drugs that normalize the level will be prescribed hormones in the body.

It is important to control the pregnancy in the dog, preferably Ultrasound diagnosis of the pelvis in the early stages to exclude the probability of a false state. False pregnancy should be treated, in otherwise, the risk of endometritis increases by several time.

It is recommended to periodically inspect the dog if its condition genitals or secretions changed, please refer to to a veterinarian to rule out vaginitis and other infectious diseases.

The issue of dog hygiene is often not addressed by many owners during attention, however, you should regularly wash your pet, monitor it – do not allow walking near garbage bins, restrict communication with other individuals who have an unhealthy appearance, care for the coat.

Particular attention should be paid to the birth process of the dog. It’s better just call the vet at home to help the pet. If a the owner has to provide emergency obstetric care, you should definitely use hygienic gloves, and also antiseptic agents, which are suitable Miramistin or Chlorhekidine.

Care must be taken to avoid tearing. cervix or vagina. If the owner had to provide self help, you need to show in the near future to the doctor in order to make sure that the birth process proceeded without consequences.

With careful attention to the pet, the chance of serious consequences minimal, therefore, the basis of disease prevention is comprehensive dog control.

Veterinary science
Eclampsia in a dog after childbirth – an acute condition leading to crisis, which