Dogs are the smartest, most loyal and obedient pets, which faithfully serve a person. But, unfortunately, far from all of them are picky in food, which negatively affects their health. In addition, often the owners themselves do not provide the right food of their favorites and do not particularly watch what gets to them in fall. As a result, animals suffer from diseases. gastrointestinal tract, and often they are diagnosed with an ulcer stomach in dogs. What is this disease and how is it dangerous for a fourth friend?

An ulcer is an eroded area of the gastric mucosa, arising from the interaction of tissues with pepsin and hydrochloric acid. Therefore, pathology is often called peptic. At acute damage to the mucosa is covered by multiple erosions, with chronic they are focal in nature, penetrating deep into the tissues, the edges of the ulcers rise. 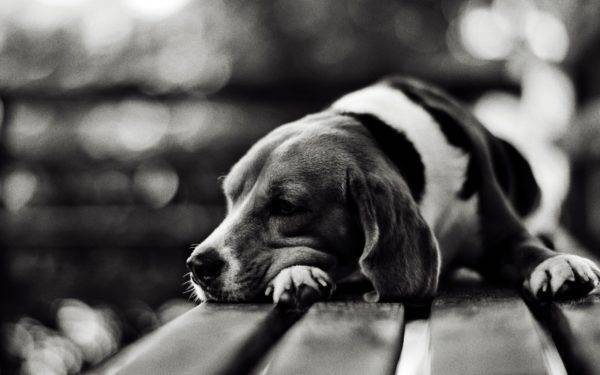 Peptic ulcer often occurs against the background of inflammatory process that has arisen in the stomach. Without timely, competent treatment, due to non-compliance with the therapeutic regimen, for gastritis can be significantly complicated.

Provoking factors leading to the appearance of ulcers are The following disorders in the dog’s nutrition:

In addition, a stomach ulcer may appear, and then exacerbate when the animal is often stressed. Dogs quite sensitive, their attachment to the owner and family is often becomes the cause of serious disorders in the body. Nervous stress can be caused by the following changes:

Improper drug therapy prescribed by inexperienced by a veterinarian or conducted by the owner himself, may also cause ulceration of the gastric walls. Risks rise in the following case:

In addition to inflammation of the stomach – gastritis, peptic ulcer can develop due to the presence of a number of such pathologies:

Most often, peptic ulcer exacerbation occurs in dogs. elderly, the rates are also higher during the off-season.

Symptoms of a stomach ulcer

Specialists distinguish two forms of the pathological process – acute and chronic. In the first case, the disease almost immediately manifested, accompanied by pronounced symptoms. If the ulcer does not cause perforation of the walls of the stomach, then it happens quickly involution.

Chronic disease develops slowly, gradually, with this ulcerative defects do not heal for a long time, their edges begin to condense.

Gastric ulcer in dogs has the following symptoms:

Peptic ulcer disease is a rather dangerous pathology, since the initial stage may not have obvious signs. Sick the animal can behave for months, as usual, but at a late stage development of his health is deteriorating sharply. 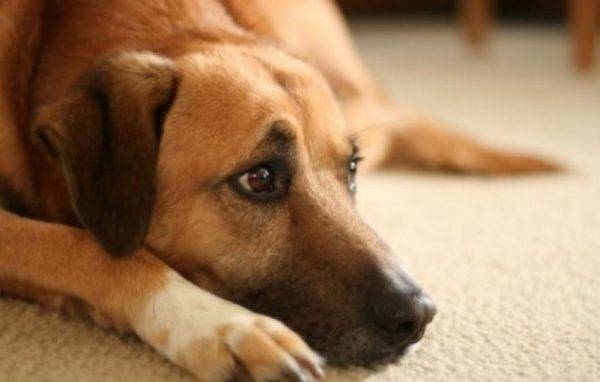 In addition, an ulcer can be accompanied by serious complications – peritonitis, gastrointestinal bleeding, in which case therapy often does not give a positive result, and the dog dies.

The treatment of peptic ulcer is primarily aimed at the fight against the root cause of pathology. It is also important with therapy. suppress the secretory function of the stomach, thereby lowering the amount of stomach acid, and eliminate bleeding. In treatment ulcer pathology included such events:

Treatment of gastric ulcer requires a mandatory visit veterinarian. Only a specialist can prescribe a suitable therapy and determine the optimal dosage regimen.

Peptic ulcer disrupts secretory and motor-evacuation organ function. Often, the glands of the stomach begin intensely produce gastric juice, and its acidity is significantly rises. This pathological condition is negatively reflected. on the processes of assimilation of food and requires mandatory correction nutrition.

How to feed a dog suffering from this pathological violation? There are a number of principles that are desirable. stick to:

Naturally, food is influenced by concomitant pathological conditions and the degree of ulcer progression illnesses. In all cases, diet No. 1 is prescribed with some additional restrictions.

For gastrointestinal bleeding, the pet is not recommended feed for 1-3 days, if necessary, is prescribed parenteral nutrition. After giving food in liquid and semi-liquid form, in small portions every 2-3 hours. In the diet of a pet you can include slimy soup, porridge, milk, jelly, fruit decoction rose hips.

The products on the menu are introduced gradually – one per day. Favorite You can treat with steam omelette, low-fat broth from meat, fish, liquid semolina with a little butter, mashed potatoes from boiled or steamed vegetables. 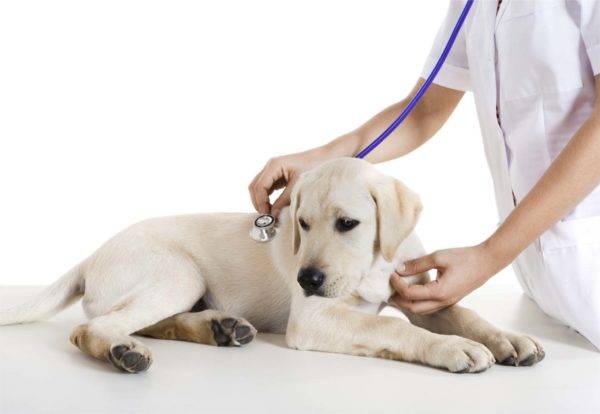 After the dog is recommended to feed according to treatment table No. 1: meat, cottage cheese, egg whites are always present in the diet. Then, food that improves blood formation is introduced into the diet.

If a dog is diagnosed with a stomach ulcer complicated by narrowing the gatekeeper, then the amount of carbohydrate products is reduced – by 15-20%, and protein and fat increases slightly.

When it is possible to reduce exacerbation and rid the pet of unpleasant symptoms, the number of feedings is reduced to 3-4 in day.

With concomitant impaired liver function and bile ducts remove 10% of animal fat from the diet, which will reduce the amount of cholesterol consumed. Moreover, one third of all fats in the dog’s diet should be vegetable oil, and with stagnation of bile its amount increases to 40%.

Oil flavored vegetables, cereals and other dishes. Sure to give Dog low-fat cottage cheese and egg whites in the form of omelets.

In this case, the dog suffers from diarrhea, so she should not be given milk. The amount of carbohydrate food is reduced by 15%.

The dog is also fed, adhering to the medical diet No. 1, but from the menu clean all foods high in sugar.

Good care and good nutrition are what you need. four-legged friend to minimize the likelihood of development peptic ulcer of the stomach. The following tips will help protect you. favorite from an unpleasant and dangerous disease:

Following these simple rules, you can easily avoid serious conditions that can lead to death the outcome. When buying a puppy, you should remember that this is a huge responsibility, and to a greater extent, the health of the pet depends on owner concerns.

Veterinary science
Eclampsia in a dog after childbirth – an acute condition leading to crisis, which