Discharge in a dog during pregnancy and shortly after birth may be a manifestation of physiological or pathological processes. What kind of reaction of the body include excretion from bitch’s vagina, you can determine if you know what it looks like normal physiological, and what they accompany, and which indicate pathology.

Discharge in dogs that emerge from the loop is normal accompany changes in the condition and structure of internal genital organs. Reproduction of the dog is ovarian type. IN the result of exposure to the reproductive system of complex “cocktail” of hormones in the ovaries of females mature gametes – follicles. During this period, the ovaries produce sex hormones – estrogens, progestins and androgens. 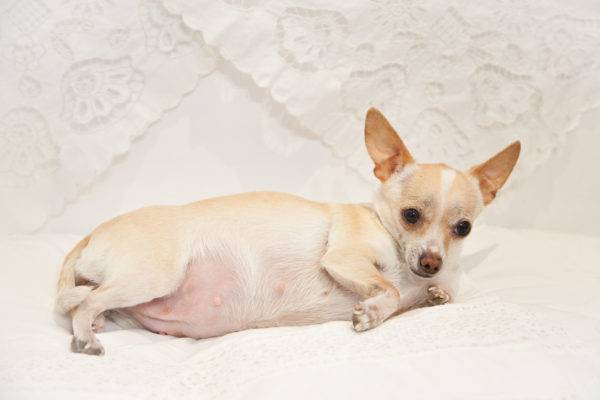 The inner layer of the uterus is also preparing for implantation a fertilized egg. Swelling and loosening occur endometrium – the inner layer of the uterus, the allocation of a large amount mucus. In addition, spotting appears from the vagina, which indicate that the dog’s body is ready for fertilization. The estrus is a cyclical phenomenon that in dogs appears twice a year. And estrus accompanying estrus are the norm.

Some time after mating, the female is excreted from the genital tract a secret that testifies to a safely past fertilization. 20-21 days after mating from the loop, after urination, a liquid, clear discharge or mucus appears yellowish white color without an unpleasant odor. So the body of a bitch reacts to the dog’s seminal fluid.

In addition, unfertilized oocytes come out with mucus. On the 3rd a week after mating from the vulva, the remains of the mucous plug are secreted, which “seals” the cervix. Sometimes noticeable in the discharge blood streaks, but this is a normal physiological reaction. In different dog pregnancy periods can also be observed mucous discharge from the loop that accompany changes occurring in reproductive organs.

Discharge during pregnancy and after childbirth

At 3-4 weeks of gestation, the bitch has characteristic mucous discharge. Such “snot” can hang from a thread the vagina. They glue the hair in the perineum and form crust. If the dog does not lick on its own, then it should be wash to avoid skin irritation around the loop.

Clots of greenish or almost black – this body rejects the dead in the early stages pregnancy embryos. In case they did not come out with mucus, then mummified remains will be excreted during childbirth.

Traces of blood in mucus secreted can be dangerous. IN In this case, you must immediately contact your veterinarian. Presence blood in the discharge may be a sign of rupture of the uterus or other pathology.

For 1-2 days before childbirth, a discharge of different colors – transparent, whitish, similar in texture to protein raw eggs. Greenish-lime or brown mucus may give traces of blood from bursting, as a result of the opening of the neck uterus, capillaries. Cork exit is a characteristic harbinger approaching birth.

Some time in the postpartum period, the dog also noted various discharge caused by the purification of the uterus and labor ways:

After the stage of cleansing the uterus is over, discharge gradually become transparent, and their number decreases. TO at the end of 3 weeks, they usually stop completely. According to on the number of puppies in the litter and the size of females, smearing meager discharge can last up to 4 weeks. If the “daub” continues longer, you should consult your veterinarian for advice.

Discharges that have an unpleasant smell, an admixture of blood or pus at any stage in the dog’s life are alarming symptoms pathological processes. Allocations may indicate the following diseases of the urogenital system:

These pathologies are especially dangerous during pregnancy, since inflammation can affect the uterus and cause embryo death. Slime with an admixture of pus and a sharp, characteristic putrefactive odor on any pregnancy indicate that the uterus decomposes dead puppies or a rejection of the child’s place – the placenta. If you seek medical help quickly, there is hope for rescue surviving puppies and bitches. 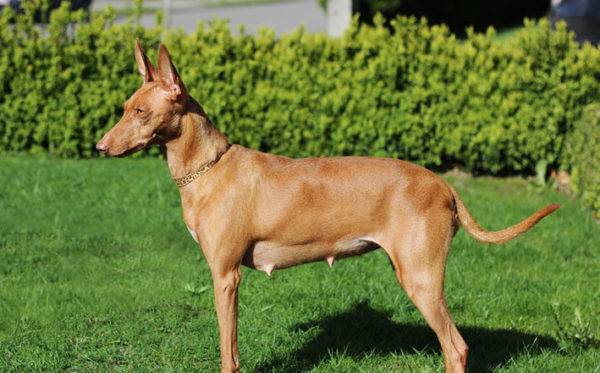 Discharges of black color in the last trimester of pregnancy can to testify both about the intrauterine death of puppies, and about severe course of the inflammatory process in the vagina. In any in case of urgent need to consult a veterinarian, go through biochemical examination and ultrasound.

If the owner of the dog is inexperienced, and any discharge from the loop in the bitch cause anxiety, you should consult your doctor to determine if the discharge is physiological or a symptom inflammatory diseases. Careful observation of the bitch during pregnancy, assessment of the type and consistency of detachable from the loop help get viable offspring and maintain health dogs.