Cryptorchidism in dogs is a hereditary anomaly in which testicles do not enter the scrotum in a timely manner. This anomaly occurs in 3-10% of cases and is noted as in representatives of different breeds of dogs, so inside the breed.

Cryptorchidism causes disqualification from breeding dog. However, studies show that to maintain cleanliness breed, it is necessary to reject not only the sick dog, but the whole litter with parents. Proponents of genetic conditioning pathologists claim that since the carrier of the “defective” gene are females, then they should be removed from the breeding breeding. What are the nuances of this disease, and which veterinarians use treatment methods.

The mechanism of pathology

In puppies just born, the testes are located in the retroperitoneal space. Natural scattering of the testicles into the scrotum under the influence of several mechanisms:

By the age of 10-14 days, hormones accumulate in the male body pituitary gland and testosterone synthesized by the testicular glands. Under the action of these hormones is a slow reduction a guide ligament that is connected at one end to the testicle (testicle), and the other is attached to the bottom of the scrotum. Contracting bunch transports testicles from retroperitoneal space to exit inguinal canal and leads to the corresponding department of the scrotum. how Typically, the final testicular exit occurs between six months to a year and depends on the hormonal background of the puppy.

Causes of Cryptorchidism in Dogs

If the amount of testosterone produced is not enough, then the pituitary-gonadotropic mechanism is disrupted, and the natural the testicles exit into the scrotum is interrupted at some stage. In this case, the gonads are delayed in the retroperitoneal space, inside inguinal canal or at its outlet.

Pathology can also be observed with good activity of hormones. The causes leading to pathology can be, for example:

As a result of endogenous or exogenous factors, withdrawal delay or complete blockage of testicles with one or two parties. Dogs without both gonads in the scrotum are sterile, so how a temperature increase of several degrees leads to transformation of gonadotropic tissues and the impossibility of synthesis sperm cells.

One-sided cryptorchs remain fertile, but for they are not used for breeding. Blocked testicle and they undergoes transformation, increasing the risk of malignant processes in testicles. In addition, an autoimmune reaction to transformation and cell death in a blocked testicle may lead to a pathological reaction in the tissues of the reduced. therefore the only way out is total resection.

Symptoms of cryptorchidism in males

Distinguish between true and false cryptorchidism. In the first case, the testicles are not excreted in the scrotum due to mechanical or hormonal anomalies, and bringing it down is manually impossible. But there are similar by symptoms of pathology that are not cryptorchidism. It, for example, the so-called “vagus testicle” in which testicles are in the scrotum, normally developed, but during stress or when undercooling, they “hide” inside the body.

The cause of the anomaly is an increase in receptor sensitivity spermatic cord or ligament, fixing the testicle, and too large outlet of the inguinal canal. Set accurate the diagnosis is possible only with differential diagnosis. 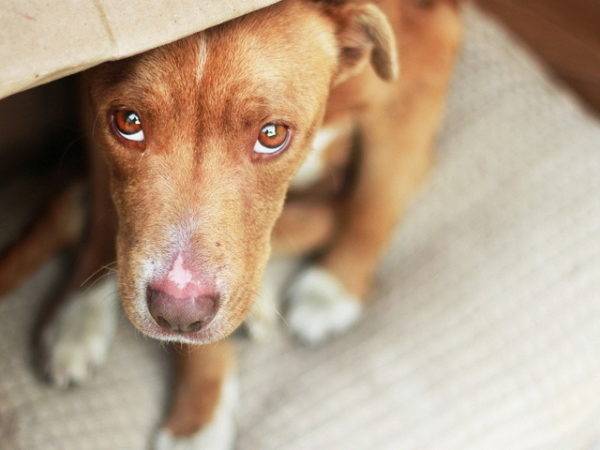 Remaining for a long time inside the body, the testes are exposed degenerative changes in which normal spermatogenesis impossible. Even after surgery to remove testicles into the cavity scrotum, recovery of spermatogenesis in 84% operated pets do not occur.

Cryptorchids suffer, first of all, Leading cells, which produce hormones that promote normal development and the functioning of the reproductive organs and affect frontal lobe of the pituitary gland. With cryptorchidism, not only pathology of the reproductive system, but also changes in development due to excess pituitary hormones. When examining the cryptorchids, it was it was found that they had various deviations:

Cryptorchidism is often observed in dogs of small and dwarf breeds. Moreover, the pathology is inherited with a set of signs – too long limbs, weakness and curvature of them, cretinism, etc.

Depending on the location and severity of the anomaly distinguish the following types:

Sometimes there is a complete absence of testes, which can detect only with an operational examination.

To clarify the diagnosis and determine the localization of testicles apply several methods:

When establishing an accurate diagnosis and excluding false cryptorchidism doctor is developing a pathology therapy system.

With a diagnosis of cryptorchidism, it is recommended that males be neutered, so as not to spoil the breed. If the pet will not participate in exhibitions and the continuation of the breed, then spend a conservative or surgical treatment, depending on the cause of the pathology. 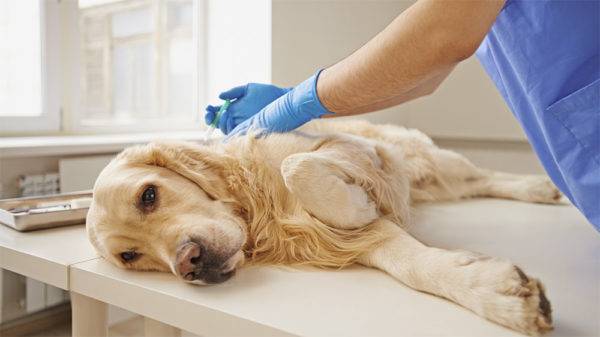 With an abnormal hormonal background, which caused the pathology, hormone therapy is prescribed. Treatment performed before six months old puppy, successful in 20% of cases. Puppy is introduced drugs containing choriogonadotropin or gonadotropin releasing a hormone that stimulates the synthesis of luteinotropin, contributing to the removal of testes. But such a treatment should apply only with the endocrine nature of the pathology. Otherwise case, hormone therapy leads to acceleration of neoplastic changes in the testicles.

Surgical treatment is used to excrete testicles into the scrotum. Orchipexy is an unpopular operation, since with a successful outcome 20-30% of males restore fertility, and the dog can engage in mating by spreading an abnormal gene.

The operation is performed under general anesthesia using an open method or minimally invasive – by laparotomy or laparoscopy. Operation consists of one or two stages. Two-step applies then when there is no way to immediately fix the testicle in the scrotum. On the first stage of the gonad is displayed and fixed on the hip, and after a certain the period of time moves and fixed in the scrotum. 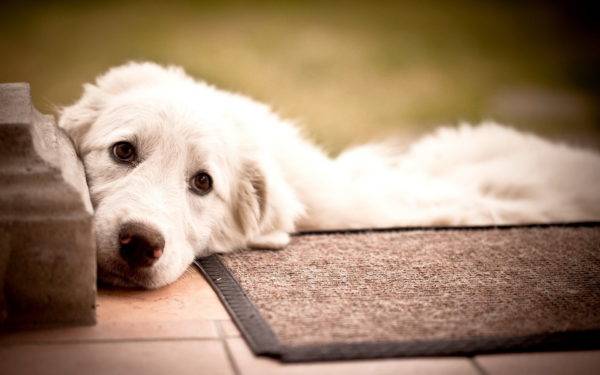 In a one-step operation, the removal and fixing of the testicles in the scrotum is carried out immediately. By morbidity and recovery period orchiopexy is comparable to castration surgery.

During the operation, a testicle biopsy is performed to to exclude their malignant degeneration. Indication for emergency Orchipexy is torsion of testicles, pinching in the hole channel, the presence of inguinal hernia or ectopy of the testicle.

Preparation for surgery and postoperative care

Before the operation, the dog is dewormed and a full examination is performed. Carry out the necessary set of studies, which appoints veterinarian. The animal must undergo routine vaccination, not less than a month before surgery. On the eve of puppy surgery contain on a starvation diet with limited drinking regimen. The operating field is shaved and processed. 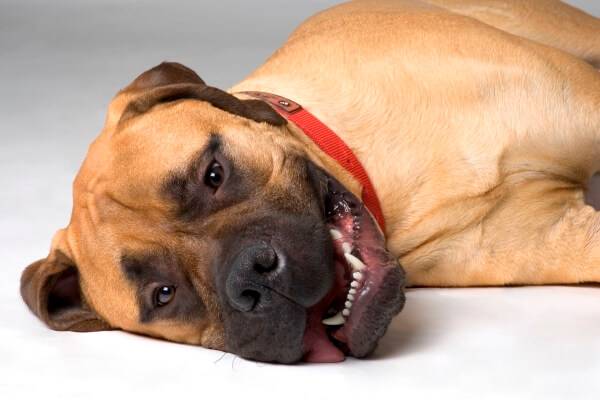 In the postoperative period, the animal is monitored in hospital veterinary clinic. During the rehabilitation period, the animal cannot be to bathe, it is necessary to process postoperative external sutures several times a day until they are completely healed. According to the testimony may prescribing antibiotics and analgesics is required. To dog did not touch the seams, she put on a limiting collar or a special blanket. Sutures are removed 2 weeks after the intervention.

It is also necessary to monitor the well-being of the pet in postoperative period, for a while to limit the physical activity and diet. When started in a timely manner and adequately the treatment prognosis is positive. Breeders should take into account that the male after orchipexy does not participate in the breeding breeding and exhibitions.