Chihuahuas are tiny dogs with a pretty appearance who Ideal for living in a small city apartment. Pocket dogs have long won love among Russian breeders. But did anyone think about the history of origin such a funny breed name?

Where does the name of the Chihuahua breed come from?

Tiny little dogs with big round eyes and playful Chihuahua officially began to be called a temper in 1884. But where did this name come from?

The official version of the origin of the name Chihuahua is associated with the state of hot Mexico – Chihuahua. Mexicans willingly selling tiny dogs to tourists, so the breed quickly won popularity. And along with popularity, she acquired an extra letter in the name. This happened because in Spanish the letter “Hh” dumb and not pronounced while reading. But since we have Chihuahua read in the English manner, then the wrong name of the breed went, to which we are used to. 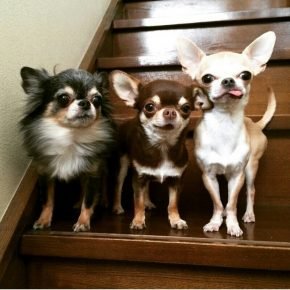 The official name Chihuahua was adopted in 1884.

Sometimes you can hear another name for this breed – shi-va-va. This is especially common in official FCI documents. (International Cynological Organization) and RKF (Russian cynological organization). If you read the word chihuahua according to the rules of English reading and pronunciation, it sounds exactly like shi wah wah. But despite this, the name is generally accepted Breeds – Chihuahua.

To date, the smallest dog in the world, which in 2014 was entered in the Guinness Book of Records, recognized by Chihuahua nicknamed Miracle Millie. The animal weighs only 400 grams with a height of 9.5 see But at the end of 2019, a Chihuahua Tudi was born in Poland, which at 10 weeks weighed only 300 grams. So Tudi there is every chance also to get into the Book of Records.

According to various Internet sources, you can do conclusion that chihuahuas are ideal for families with small children. But personally, I have a completely opposite point of view. Even before the daughter appeared in our family, we had a small dog breed Chihuahua named Mouse. With the birth of the baby we had to pass the pet to parents. Since the year our daughter has tried grab the puppy and squeeze it hard, which is very dangerous for the pet. After all, the bone system in tiny dogs is very fragile, therefore a child, not having calculated strength, can harm health and even animal life. The pet itself is no aggression or discontent towards the child did not show. 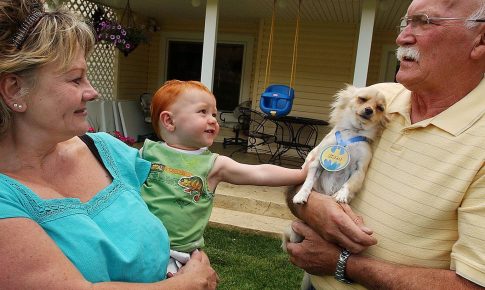 Chihuahua is a family dog breed. Pocket sizes of this pets allow him to accompany his master everywhere. And kind temper and pleasant character will make him the best friend of older children age.