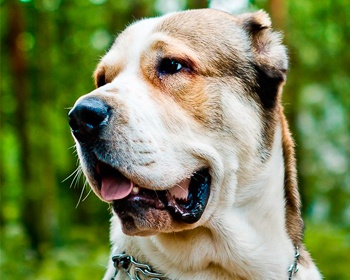 Central Asian Shepherd Dog (CAO), or Alabai – this is one of the oldest breeds known to mankind. Moreover, many experts say that this is the oldest breed at all, since, according to the results of various archaeological excavations, the history its origin numbers no less than 5000 years.

The Alabai breed belongs to the Molossian – it is a class of large dogs with similar characteristics that apply to Molossia, the area ancient kingdom of Epirus. Modern individuals are different from those can be seen in the photo beginning of the 20th century, respectively, differed and representatives of the breed, who lived several thousand years ago.

However, valuable for such a long time qualities make these dogs wonderful companions of man, able to perfectly perform protective and security functions. They are survived the harsh conditions of the ancient world, being popular on vast territory – from the Karakum deserts to Mongolia, from the Caucasus to Of China.

Recognition and modern standardization of the Alabai breed received back in the Soviet Union, although, in a certain sense, today day, standardization may vary. When the USSR took place sorting of individuals, when the most capable and powerful were exported to centers for staffing power units, for example, border and security units. Classic alabai now found in the mountains of the Caucasus as a shepherd dog and cattle guard from wolves, as well as local and regional enthusiast breeders. FROM they also prey on large animals, including the bear.

Alabai are powerful and powerful animals, with long, muscular paws, wide, high chest. Big head, ears folded, the tail is thick at the base. Ears and tail are usually stop at a young age. Wool can be of different lengths, from short to long. Color, also, can be any.

Alabai is a fearless, very dedicated and intelligent dog. He possesses inborn skills of the security guard, he always closely follows its territory, knows every corner of it, providing maximum protection and safety of property and health of the owners. If you live in private house, the best guard you can not find. Moreover – the character and the innate properties of the dog are such that it is preferable be on the street.

Also, a spacious enclosure should be provided. Territory your site should be fenced, as the Central Asian shepherd – a breed that will unconsciously, instinctively try to expand their “possessions”.

In battle, they are fearless and extremely effective – survive without serious consequences, the conflict with such an animal is problematic, and therefore, the owner must make efforts to train and educate your pet. This is important, including for socialization, since it’s no secret that this breed has inherent aggression, which need to curb.

Even if you are a professional hunter, and start Alabai for relevant goals, remember that militancy and aggression must be controlled. For this, the constant physical activity – walking and training. If the dog educate and maintain correctly, this is the perfect companion for both single people, and for families with children.

Central Asian Shepherd Dog, the nature of which has its own specifics, not recommended for inexperienced or timid owners. On the other hand, abuse and injustice will cause the animal internal conflict, which should be avoided.

Central Asian Shepherd Dog needs early and intense socialization. It is a dominant breed that requires strong the owner. The dog will not tolerate harsh training methods, therefore, training must be done with respect, firmness, justice, patience and consistency.

Dog handlers recommend to those who previously did not have an Alabai dog, in the first years of life regularly attend classes with a specialist that will greatly help in everyday education. In circulation with you must be confident in your dog, encourage obedience and exercise rigor when necessary, without bending the stick.

The Central Asian Shepherd Dog does not require special care. 1-2 is enough comb out the wool once a week with a special brush. Brush your ears bathe and trim the claws as needed.

Central Asian Shepherd Dogs are prone to the following diseases:

The treatment and diagnosis of heart defects is very difficult, therefore, only experienced doctors in the field should be involved cardiology. Owners whose dogs are affected by this disease they may notice coughing and chronic fatigue in their pets.

Similar diseases are very rare – their appearance may indicate any infection or low immunity.

An exception can be considered diseases of the upper respiratory tract and bronchopneumonia. Mostly symptoms in various diseases the same: shortness of breath, difficulty breathing while lying down and runny nose.

The most common are cystitis and pyelonephritis.

Alabai can suffer from diseases such as epilepsy and encephalitis. With improper upbringing and maintenance are possible neurosis and uncontrolled aggression, especially to strangers and unfamiliar people. 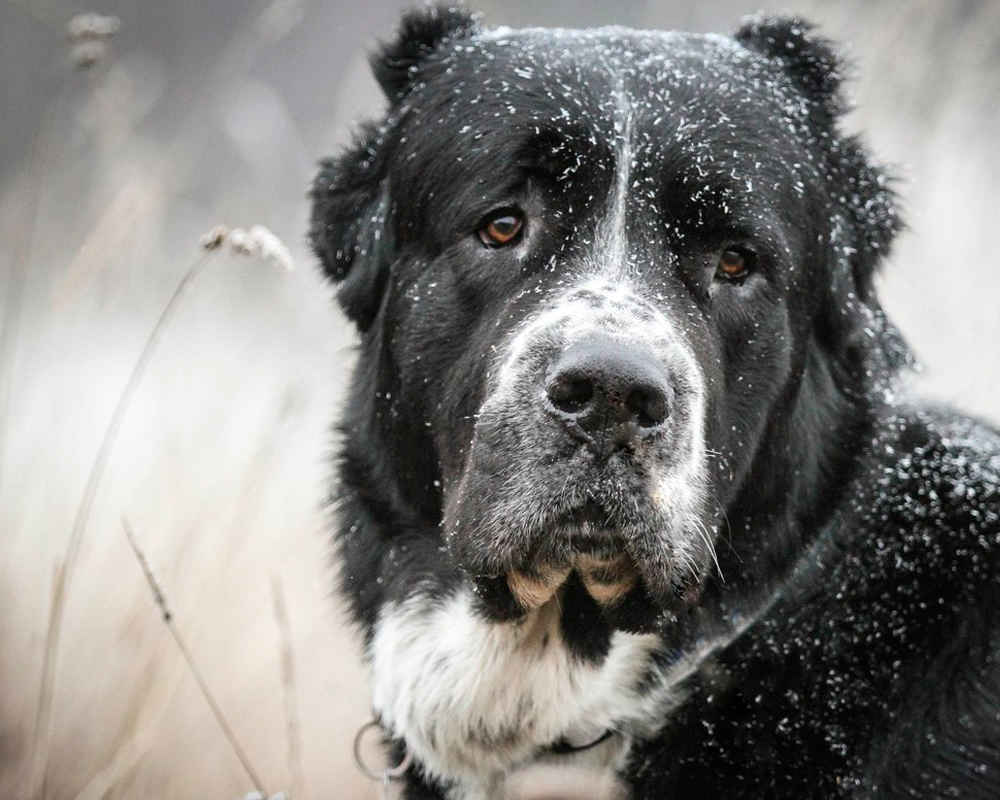 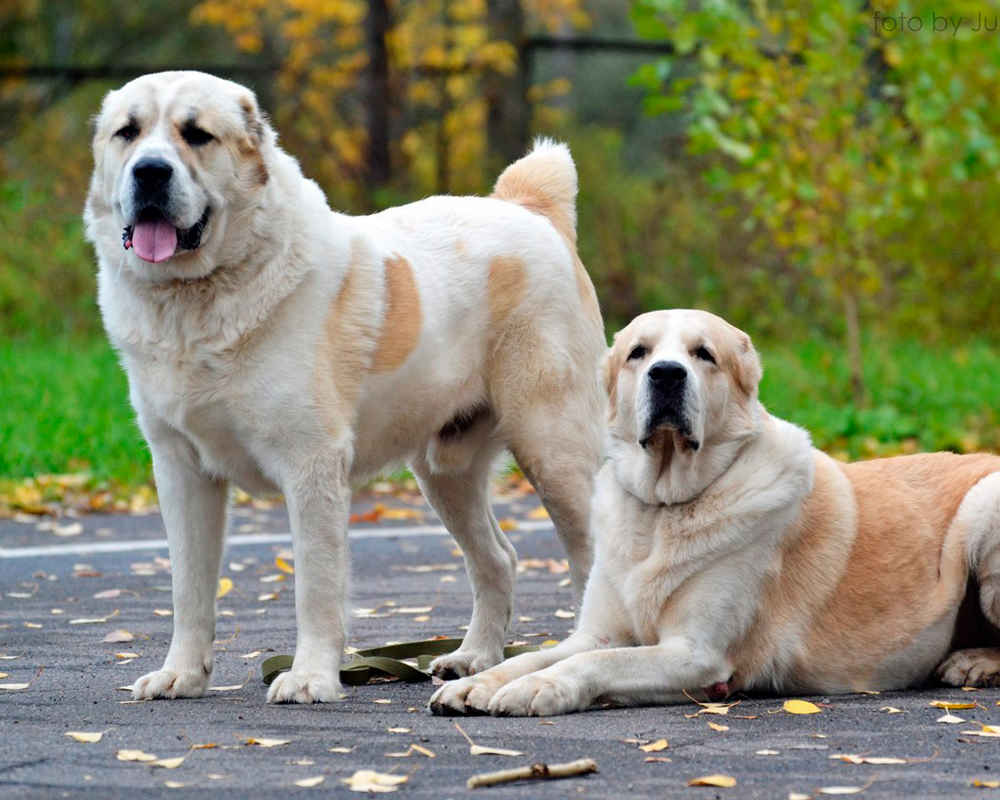 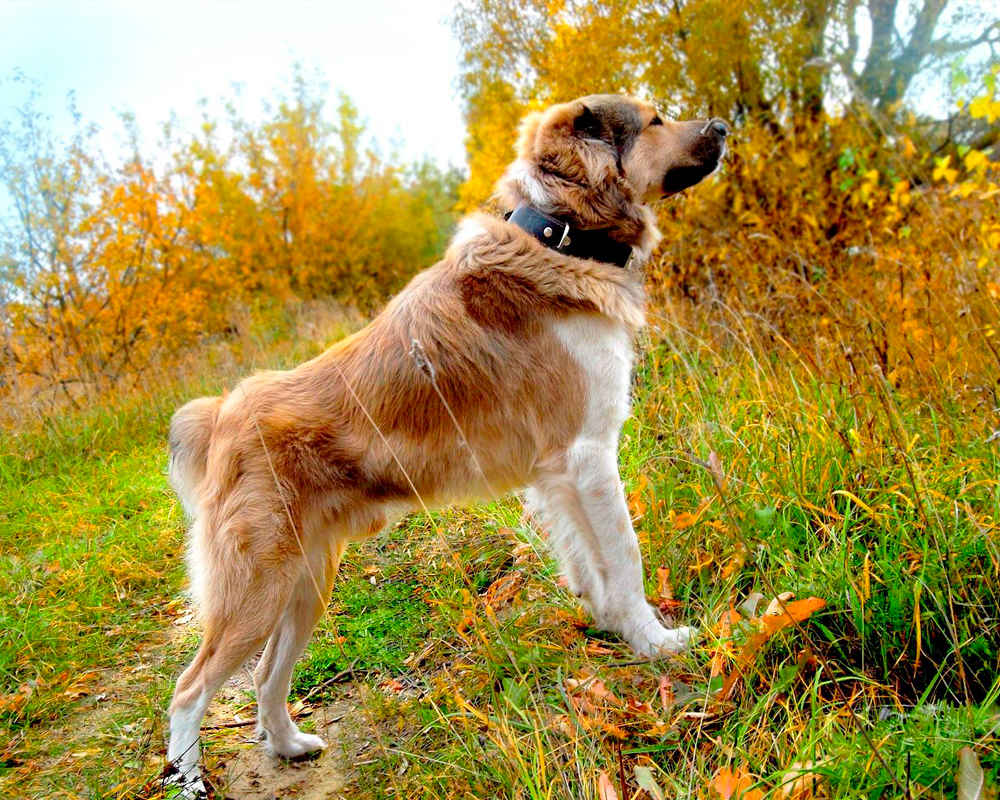 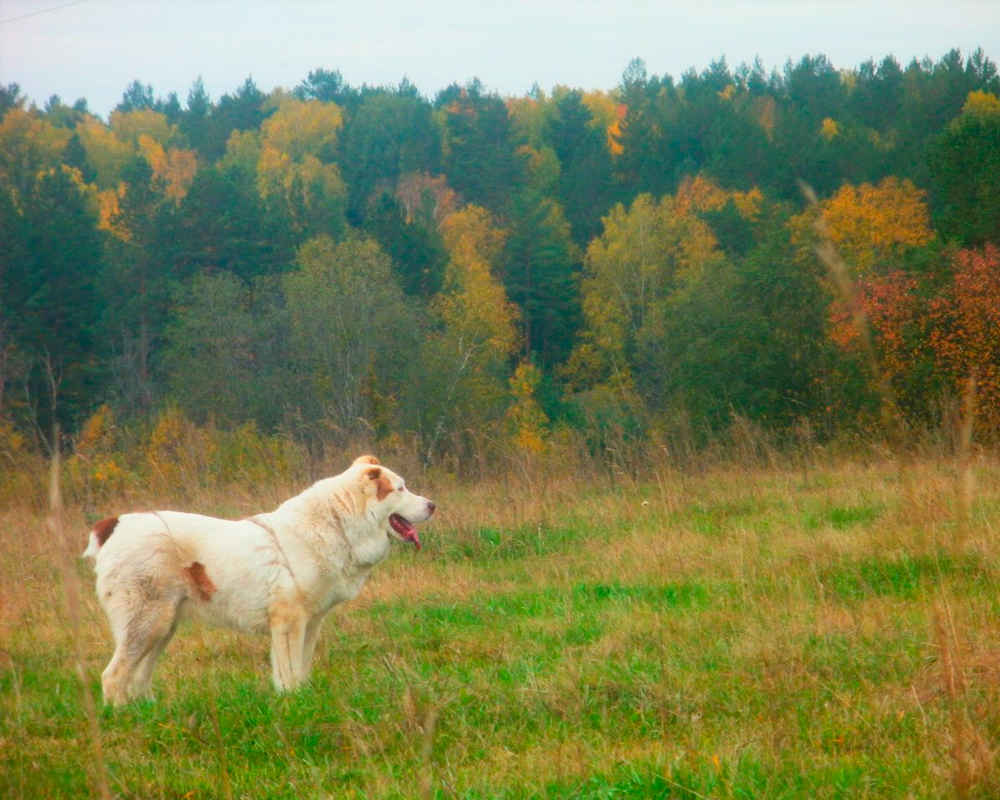 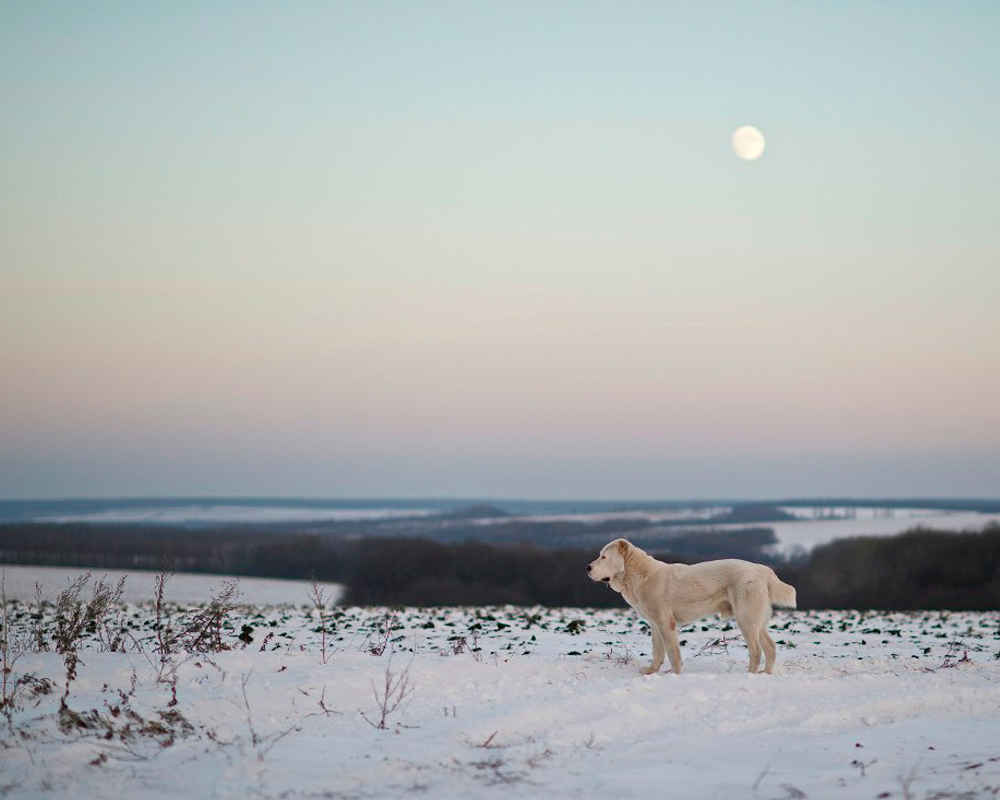 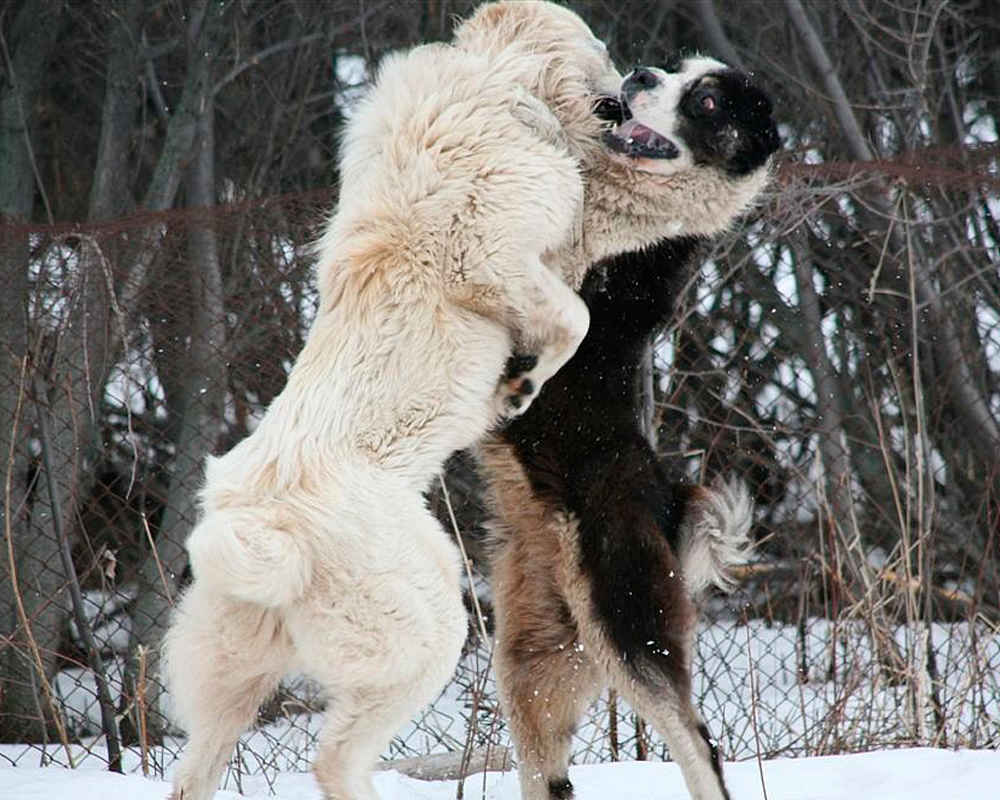 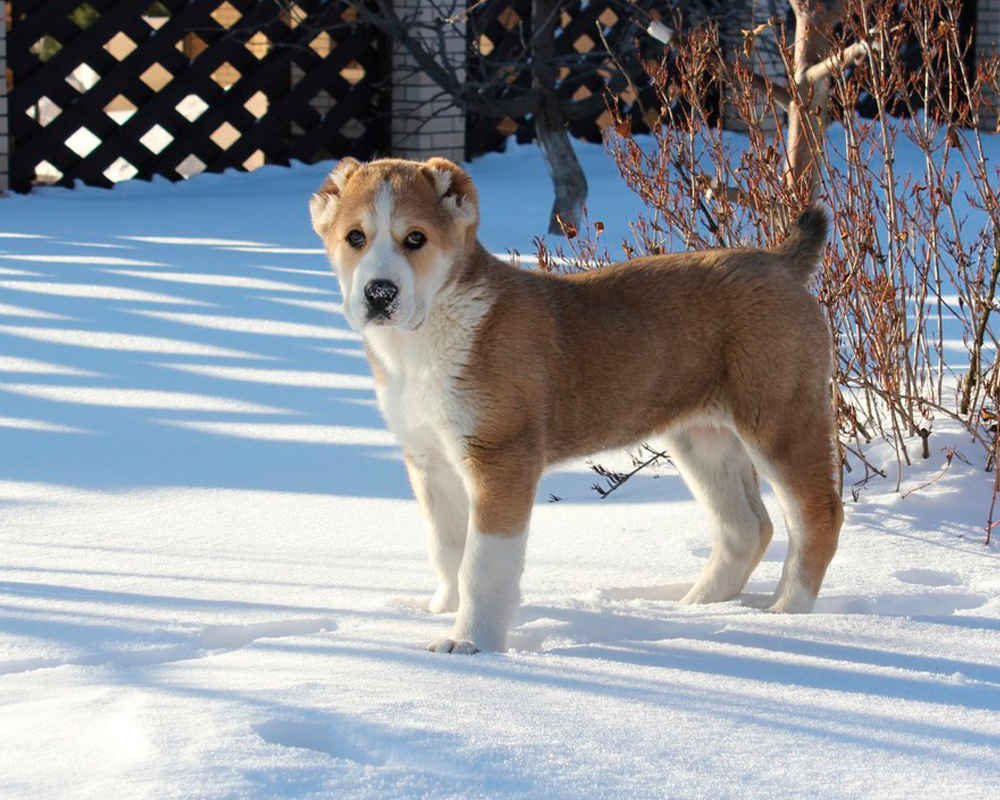 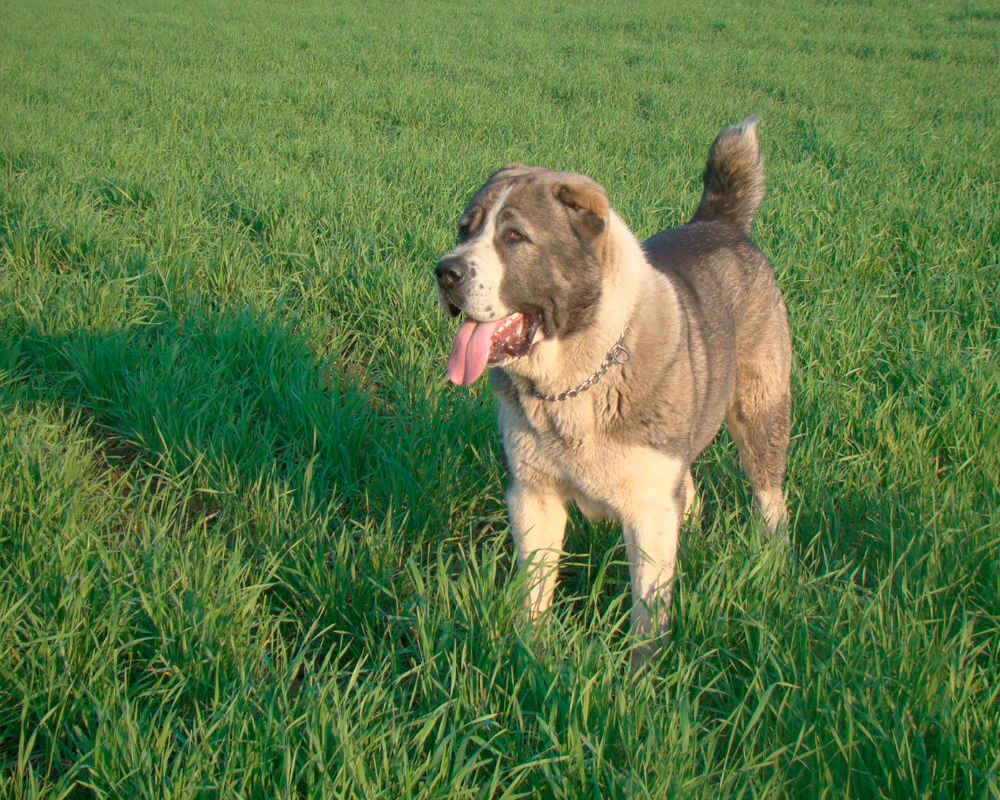