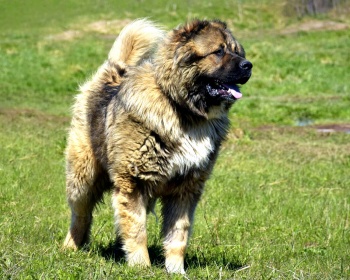 Caucasian Shepherd Dog – one of the oldest dog breeds, which originated and developed in the Caucasus, as well as in the steppes of the southern regions USSR. Caucasian Shepherd Dog belongs to the descendants of Molossoids – ancient type of dogs, the forerunners of many modern breeds with similar physique.

These animals formed naturally, survived in very difficult conditions and followed many nomadic tribes. Ancient people, of course, engaged in a kind of selective work, selecting the best, most obedient, smart and strong dogs, however, such a thing as a breeding program is still not existed.

The first version says that the Caucasian shepherd lived in ancient Urartu-Ararat kingdom, as archaeologists unearthed the statues dogs strikingly similar to modern Caucasian shepherds. The statues date back to the 7th century A.D., which means that these dogs are already then guarded the homes and herds of ancient people. According to another version, the breed descended from Tibetan dogs.

Purposeful work began only in modern times, in period of the USSR. Around 1927-1928, the leadership of the Soviet Army decided to create a dog breed, based on the existing Caucasian Shepherd Dog. By and large, no major changes made, although meticulous selection and subsequent crossbreeding was carried out the best individuals. Army required dogs possessing huge force, powerful jaws, able to withstand service in the most difficult climatic conditions and inaccessible regions countries.

And such regions, as we know, in the Soviet Union were quite a lot. In addition, breeders paid attention to smell, hearing, vision – in the end, we have a modern Caucasian shepherd, which already become a legend all over the world. Caucasian Shepherd for today day registered in all international dog training organizations.

The Caucasian Shepherd Dog has a powerful physique, large, heavy bone, lots of muscle mass. Dog weight can reach 90 or more kilograms. The chest is wide, deep, limbs of medium length, muscular, strong, paws big ones. The head is large, the muzzle is square, the ears are usually stopped. The tail is longer than average, saber-shaped, fluffy. The coat is long thick, has an undercoat.

Dog breed Caucasian Shepherd has a solid, purposeful very decisive. These animals have a number of congenital qualities that can play both positive and negative role – a lot depends on the owner. IN depending on how you develop your pet, these qualities can be a problem or benefit.

First of all, we are talking about congenital aggression, as well as anger and uncompromising duel. Lack of fear and warlike temperament make these dogs ideal fighters and defenders. If the owner starts training in time, and the dog uses these qualities only in critical situations, or on command, that’s good.

If the development of the animal is allowed to drift, then in the end account may be a situation where the dog, ignoring your team, rush after and inflict serious injuries to the enemy. It may well be fatal, given the power and size of the Caucasian shepherd. Well, if it will be different dog, but if it will be a man ..

Caucasian Shepherd Dog has internal independence, and the owner it takes some time to put yourself in a leadership role and succeed in education. These dogs need early socialization, they need to be introduced to other dogs and cats at a very young age, as well as with people, new smells and situations.

This breed is very territorial, and is perfect for guard tasks. She can live outside all year without experiencing particular inconvenience. A well-bred Caucasian shepherd dog has tremendous devotion to his family, and will never give a family member in insult. These dogs perceive strangers with distrust, suspiciously. A Caucasian shepherd perceives children from its family okay, but still considering the size and specifics of the dog, too it is better not to leave small children alone with these pets.

Caucasian Shepherd breed not recommended for beginners owners. The same can be said of timid or indecisive people, since the owner requires rigidity, rigor and control, especially during the first 2 years of life. Training needed start as early as possible, at the age of 5-6 months.

The later you start training, the more difficult it will be for you, and in at the age of 2 years it is already impossible to change the character of the dog. You it will be necessary to suppress all manifestations of unjustified aggression, and teach your dog to use his anger and power only in certain situations.

It is necessary that the animal considers the owner to be the first person in the world. To do this, you will require leadership qualities and a certain share of fearlessness, since controlling such a powerful dog it can be scary sometimes. Trainers recommend training Caucasian Shepherd Dog basic teams, and also take a course with her guard-guard service in schools for dog training.

Dogs of the Caucasian Shepherd breed have a long and thick coat with dense undercoat, which requires combing out two to three times a week. Please note that the dog is molting and if you want to keep it in the apartment, although it’s better not to do this, be prepared for inconvenience.

Be sure to clean your eyes and ears from deposits, and trim claws three times a month. Bathe these pets once a week or of necessity.

The breed Caucasian Shepherd has very good health, and there is just a few diseases that can occur. Among them: 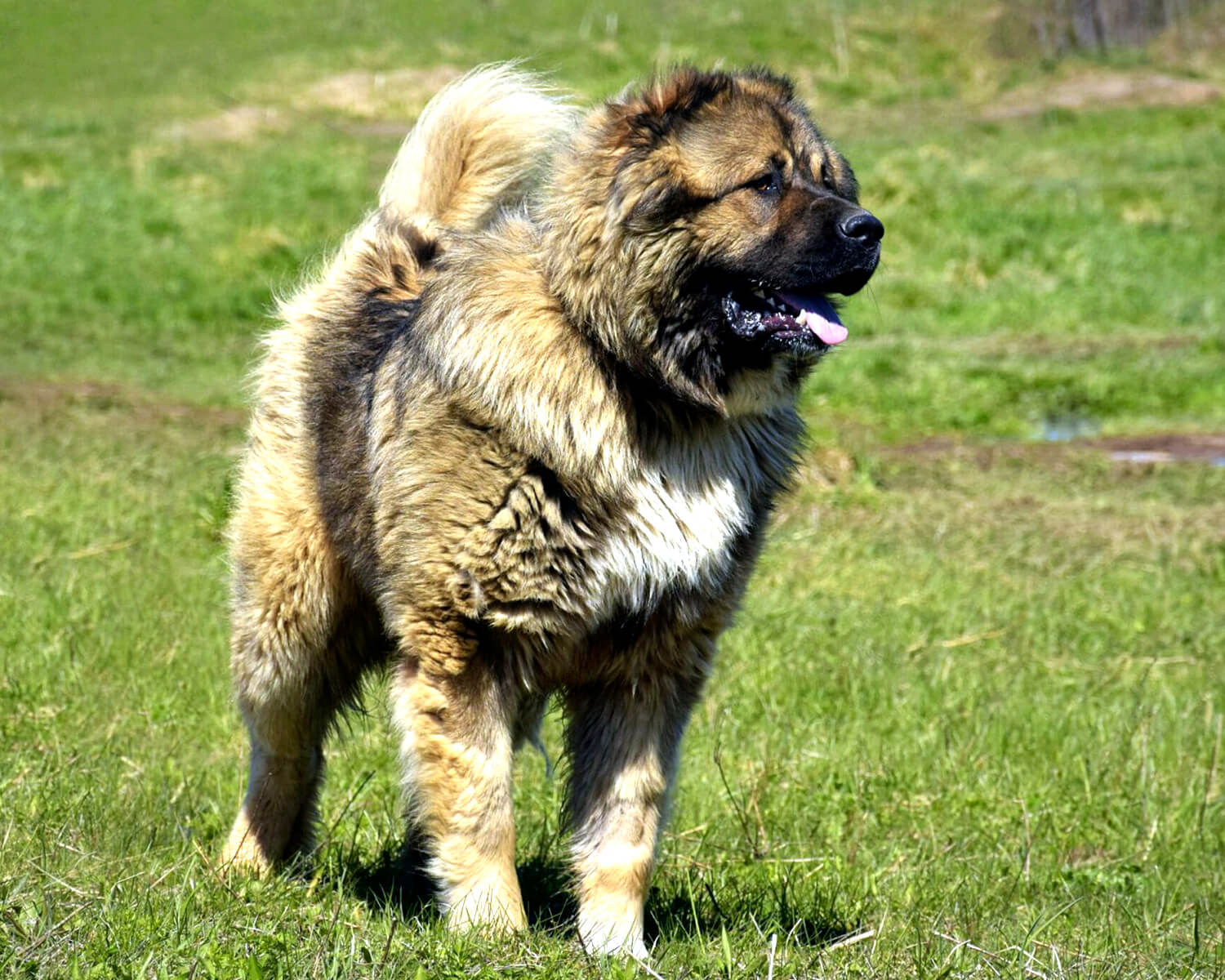 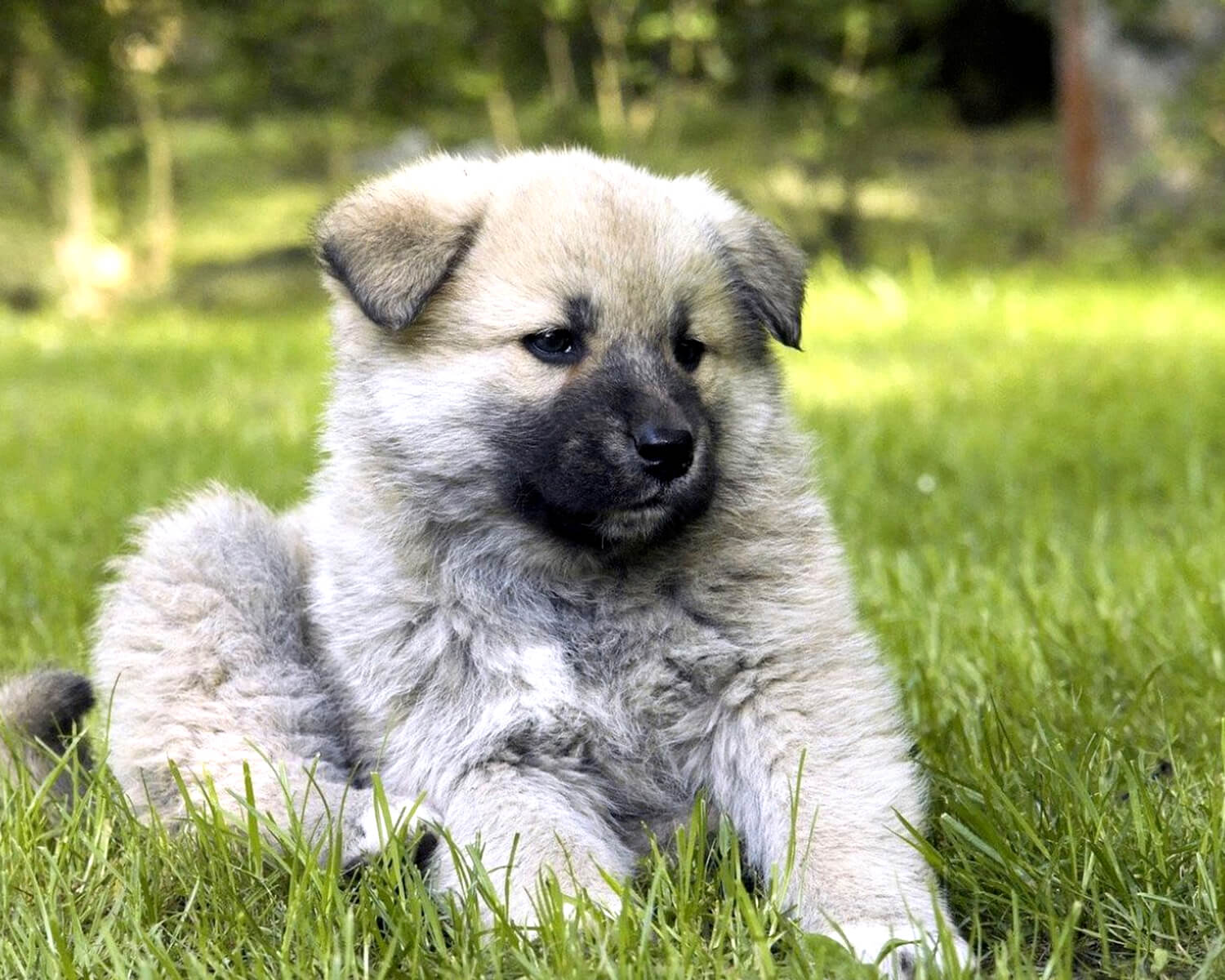 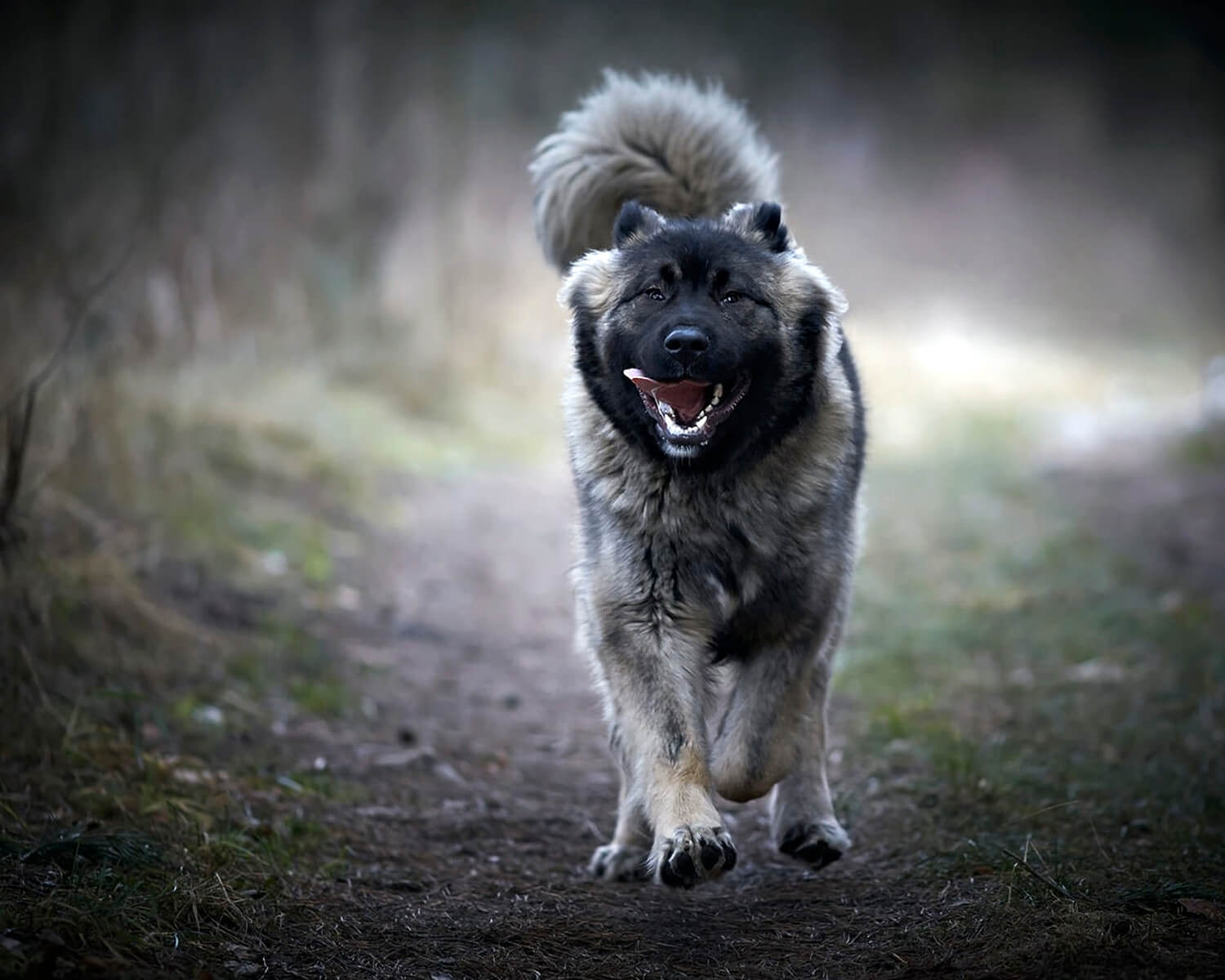 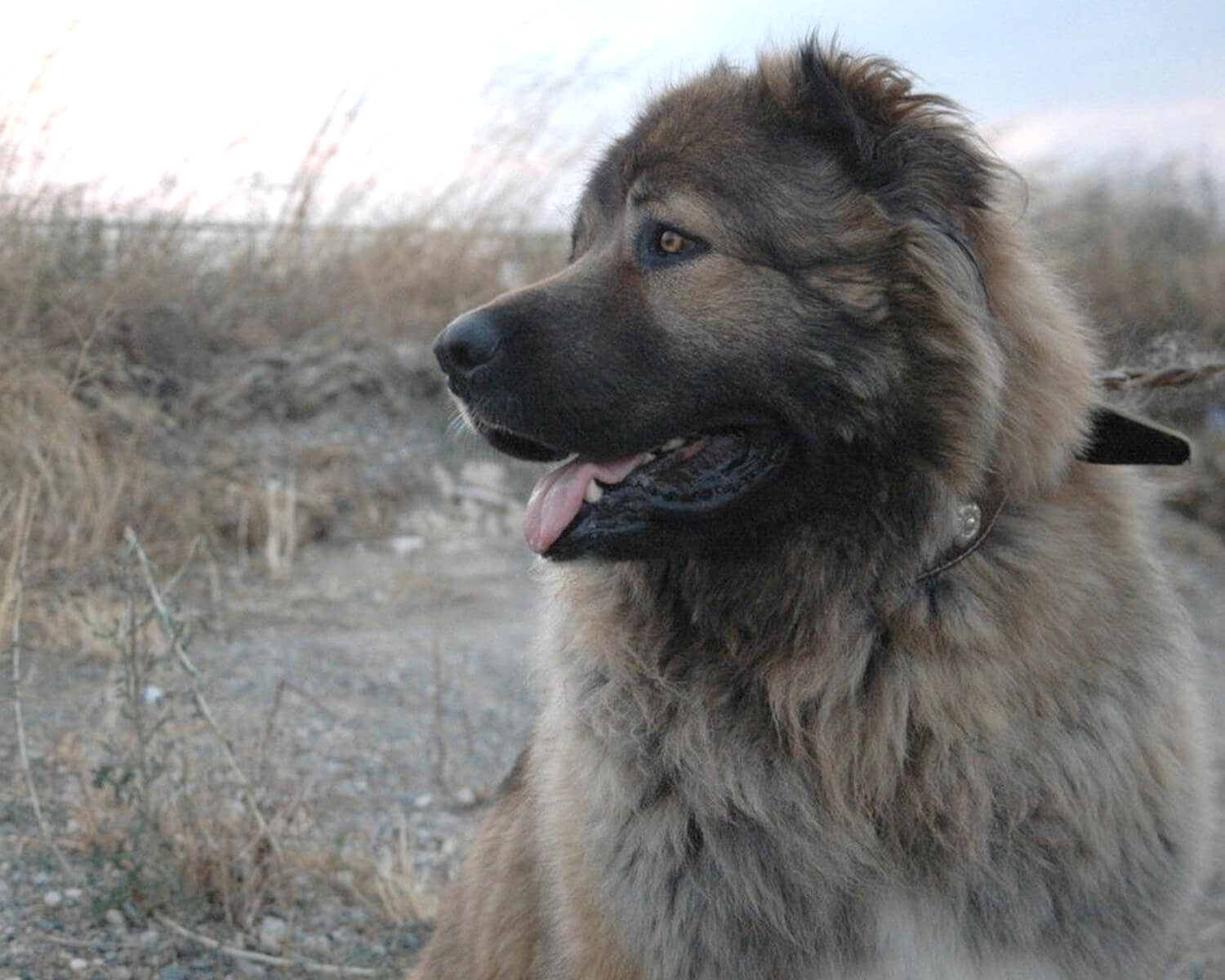 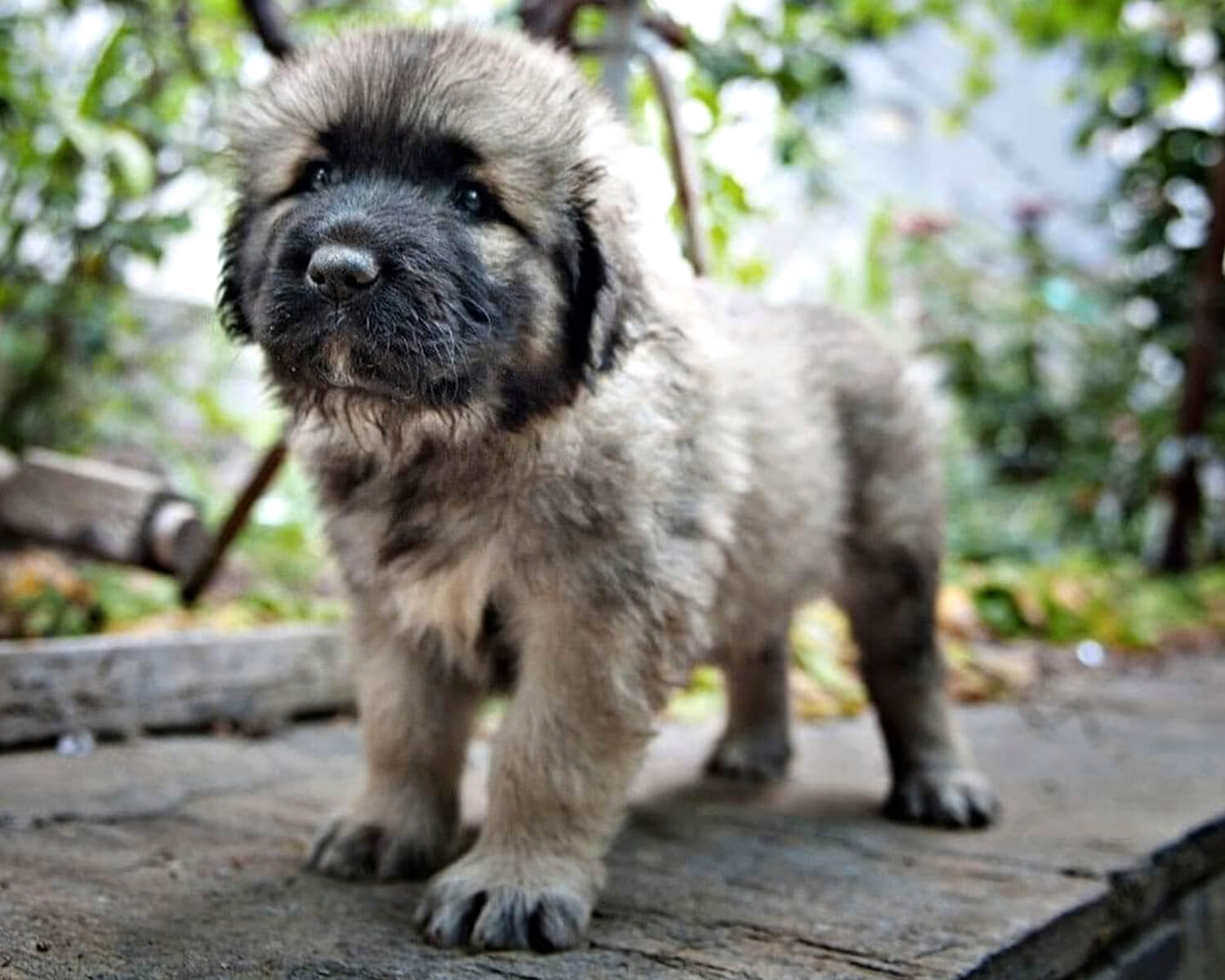 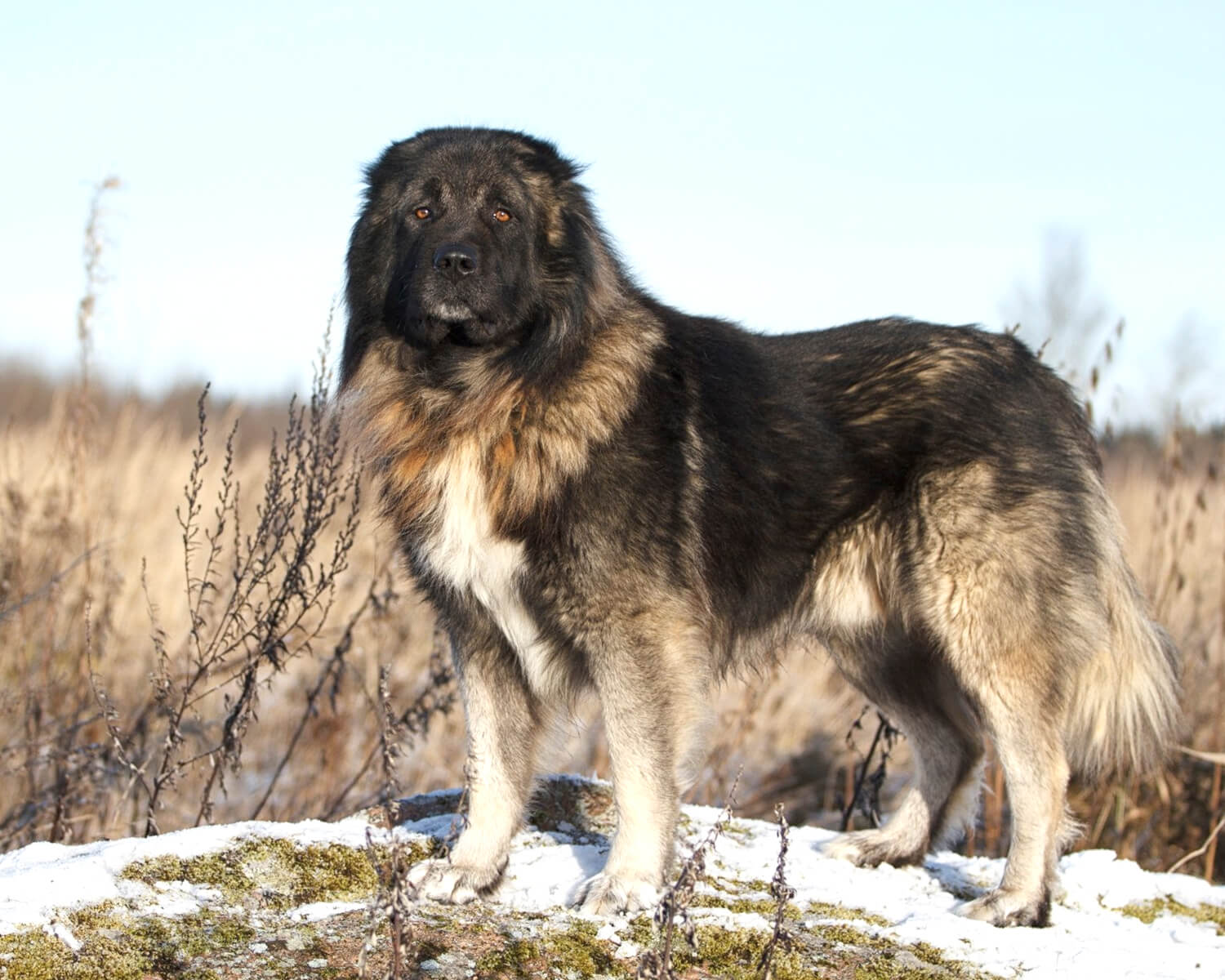 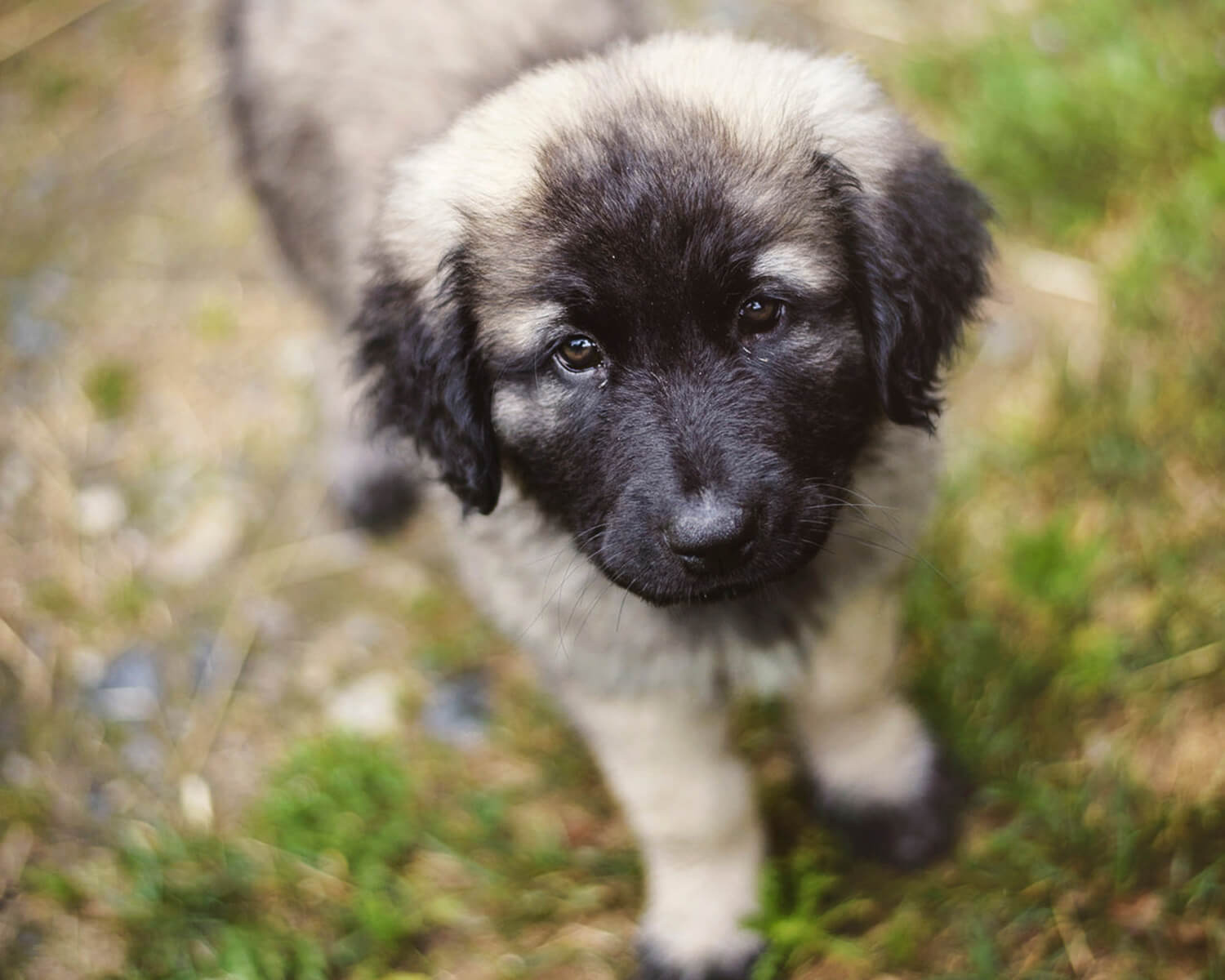 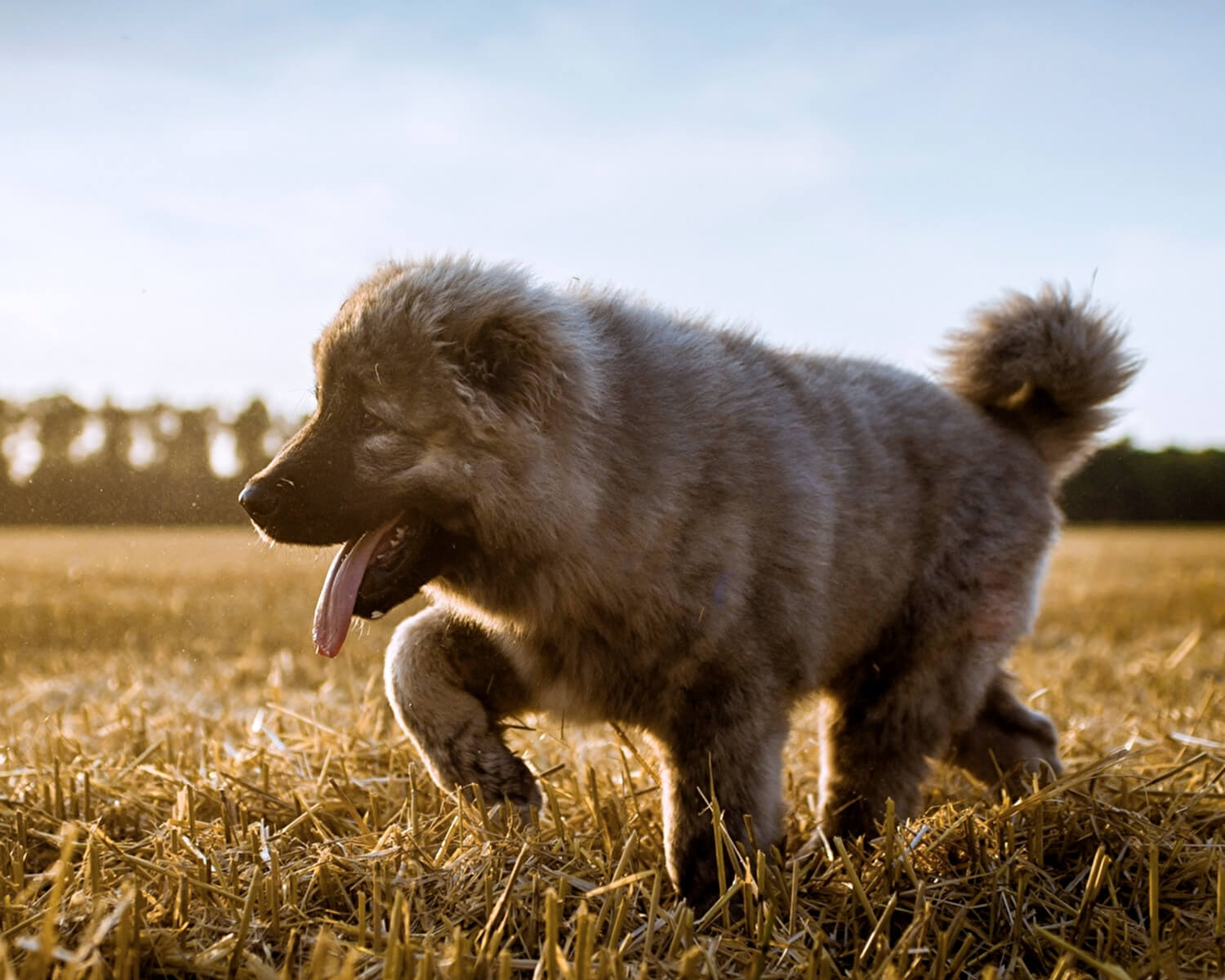