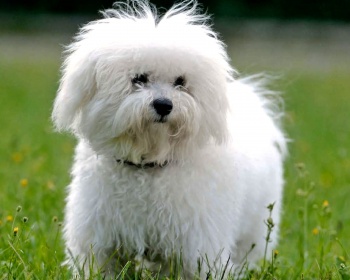 The Bolognese dog breed is one of the most recognizable in Europe. we constantly see such dogs in the parks, on the streets, with the owners of different ages, although for some reason traditionally they are often become companions to the elderly. Despite his recognition and widespread across the European continent, many do not even suspect how old this breed is. First written references in Italian books date back to the 13th century – 800 years to be human companions, this is, you see, a lot.

The Bolognese breed is a member of the Bichon family group, which consists of rocks:

Accurate data on the origin of the Bolognese breed is not available, however, in medieval Italy, and in other European countries 15-19 centuries, these little dogs with curly hair were loved by noble ladies and even noble cavaliers. This is somewhat reminiscent of fashion on small little dog that can be seen today, although it’s now being observed a much larger variety of breeds.

The great popularity of the breed in aristocratic houses the Middle Ages confirm numerous objects of art in features paintings and tapestries of 17-18 centuries. As an example, you can bring the work of such great masters as Francisco Goya, Jean-Antoine Watteau and Nicholas Gosse. Among the owners of these dogs can highlight Madame de Pompadour, Queen Catherine the Great, and Empress Maria Theresa of Austria. In the early 2000s, no matter how paradoxically, this breed has just begun to register international registries.

The breed of dogs Bolognese has small sizes and curly hair. The head is round, the muzzle is slightly flattened, ears hang down on the cheeks. Paws are medium in length and proportional to body size, although due to the volume of the coat sometimes seems to be short. Torso has square outlines, the tail is short, curved and bulged up. Color white, wool does not fade.

These are kind and lovely animals with a lively, open character. They are love to play with both their family and other dogs, and this trend persists not only at an early age, but also after ripening. On the other hand, they cannot be called hyperactive – they balanced enough. Dog Bolognese creates a strong bond with his master and members of his family, very fond of attention, but also she bestows attention and affection for her beloved people with in excess.

When we say loves attention, we mean not only stroking, abdominal massage, scratching behind the ears, affectionate words and etc. When you talk with your pet, spend with him the time when he just lies nearby on the couch while you look favorite TV show when he feels your concern and attention – he is happy.

Conversely, if the owner spends little time with his dog, and generally refers to this rather as a duty, an animal feels it and is sad. Bolognese is great for children, love to play with them and walk on the street. Walking is generally a weakness these dogs – they love to walk and, moreover, very good if you walk with other “dog lovers”. Bolognese get along well with dogs of all sizes, and even cats, although the latter are better introduce into the circle of friends from an early age.

This breed does not tolerate loneliness, and they can not be left alone for a long time. Even if you are a lonely host and go on work every day, at least for 8-9 hours, it is better to think about another pet, or about another breed, since Italian the lapdog will feel extremely uncomfortable, yearning, and in general lack attention and activity.

And this, as you yourself understand, leads to negative consequences. for the psyche of the animal, which often directly affects behavior and the condition of your apartment. That is, the dog can become nervous, and in your absence, make an absolute mess at home, and even punishments will not help prevent this in the future.

The breed of dogs Bolognese refers to the decorative, and therefore not requires special skills training. However, you must you need to take care of correcting the behavior of your pet, as well as teaching several basic commands, such as “to me”, “sit”, “fu” (cancel command, it is needed, for example, when a pet wants to eat something found under a bush of doubtful appearance and smell).

Avoid monotony in the classroom, as the lap-dog is quick bored, as well as screams and excessive rigor. In principle, on this can be finished, since even simple commands related to the action (“near”, “voice”, etc.), or more complex commands, decorative breeds are not needed. This is necessary in rare cases when the dog is a companion to a person with special needs. For this is hired by a special trainer who performs task based on specific conditions.

Bolognese dogs need brushing their curly hair 2-3 times a week, although some recommend do it every day, especially after active walks in the park or in nature.

Also, be sure to bathe your pet at least once a week, and once a month you need to adjust the haircut.

This breed is generally trimmed sometimes the most intricate way – it all depends on the owner. Do not forget to follow and clean ears and eyes, and cut claws.

It may even seem strange, but the breed of dogs is Bolognese practically does not get sick, and does not suffer from complex hereditary diseases. The following disorders may be an exception: 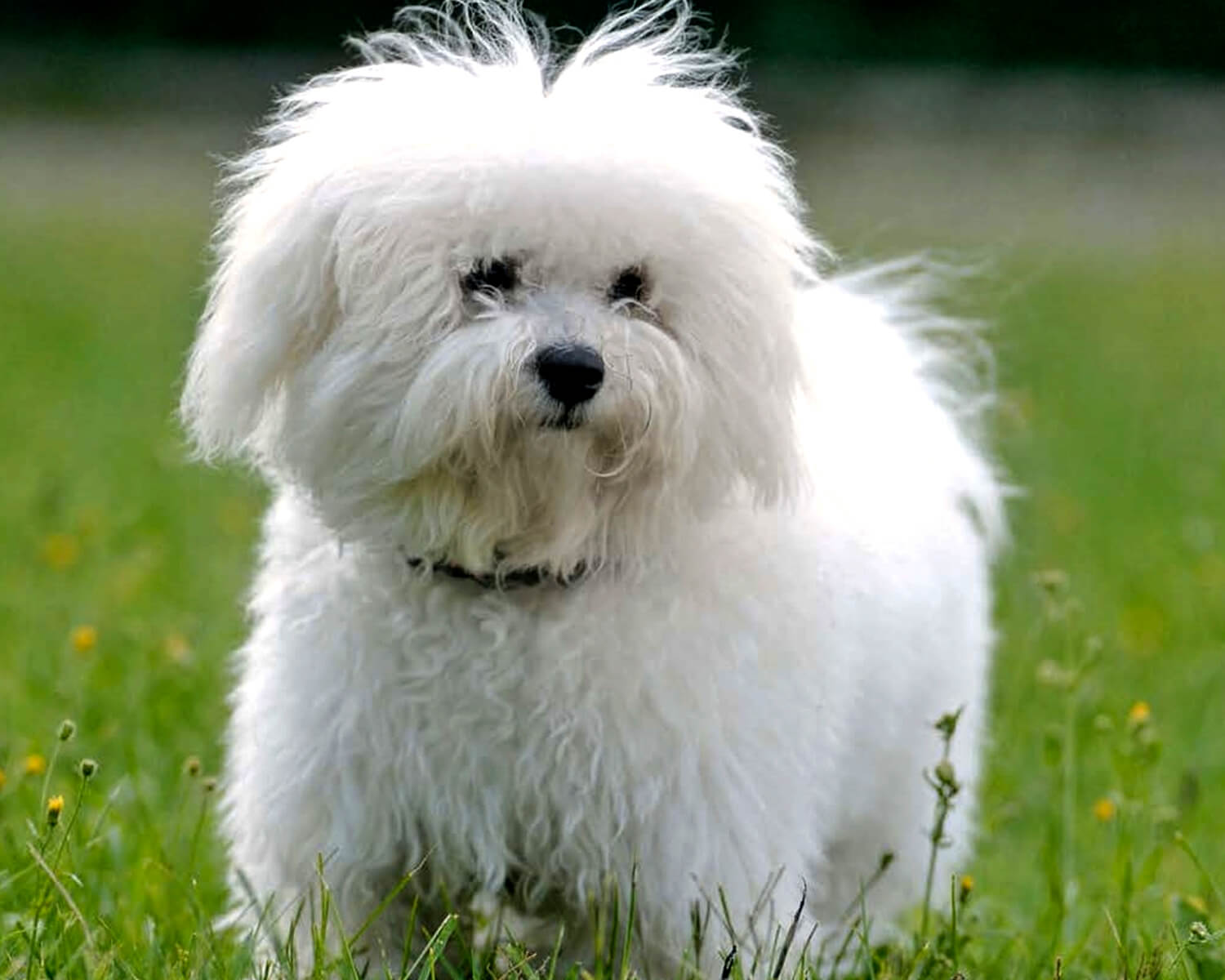 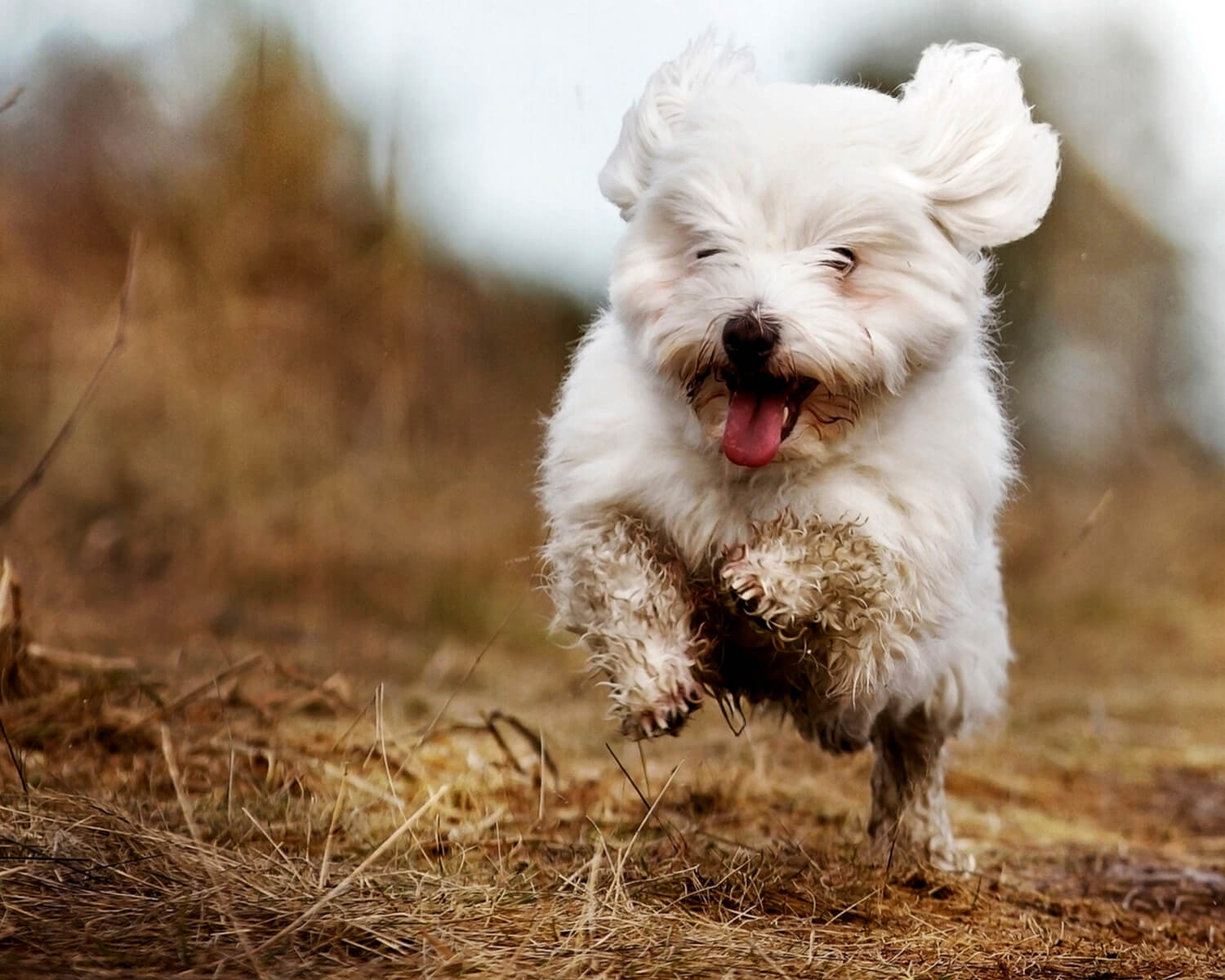 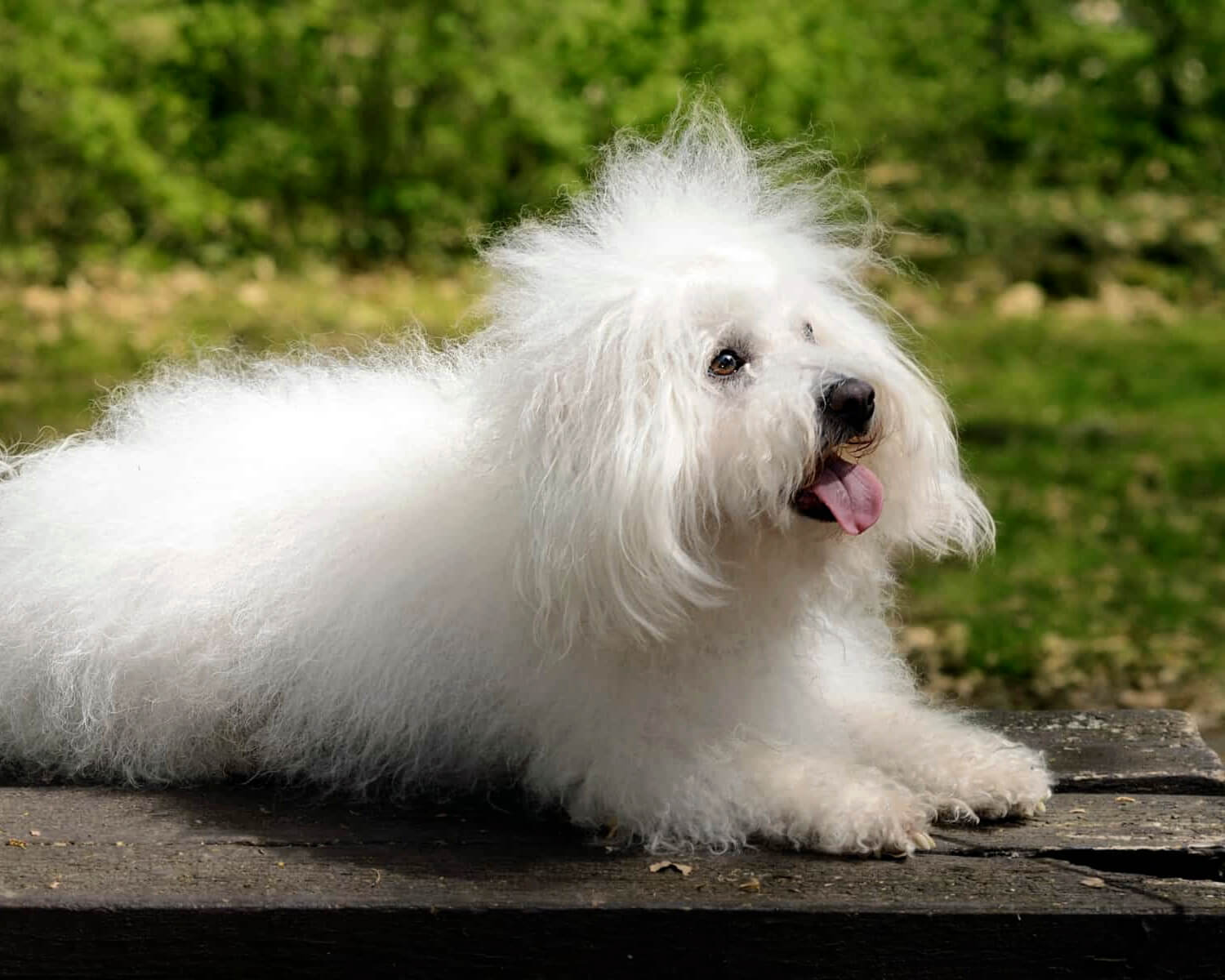 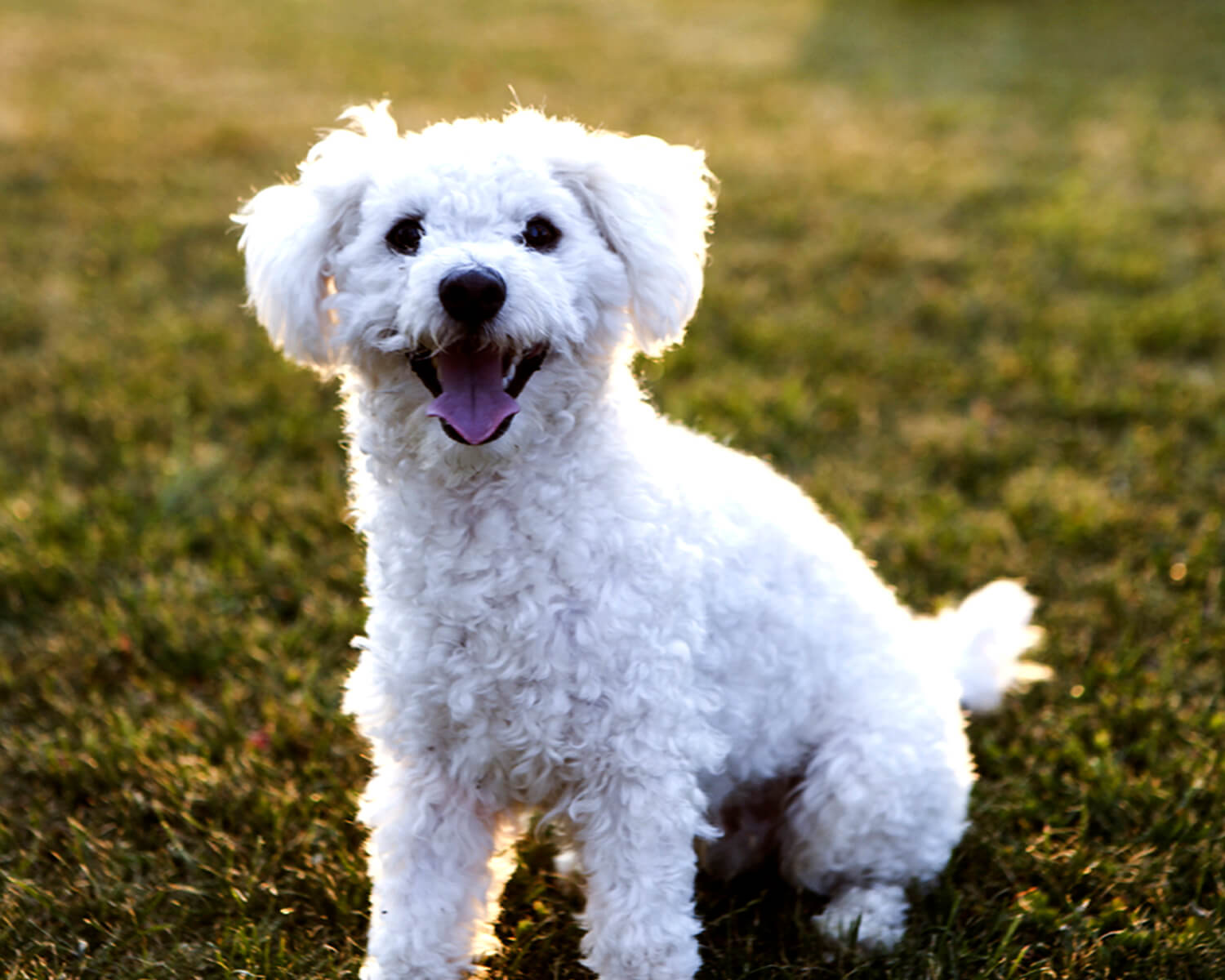