Arthrosis is found in animals as often as in humans. Some dog breeds are more prone to this disease. than others. So, for example, representatives of giant breeds more often suffer from arthrosis due to the high mechanical load on the joints limbs, and in fighting breeds the disease is a consequence injuries. In representatives of dwarf breeds, the cause of arthrosis is systematic slipping of the patella.

The causes of arthrosis

In 80% of cases of lameness in dogs, the cause is large arthrosis joints of the limbs. Arthrosis is found in dogs of all ages, although mainly in older animals. But such a prevalence caused not only by degenerative degenerative processes, which with age are characteristic of all animals, but also because arthrosis has a long development period. 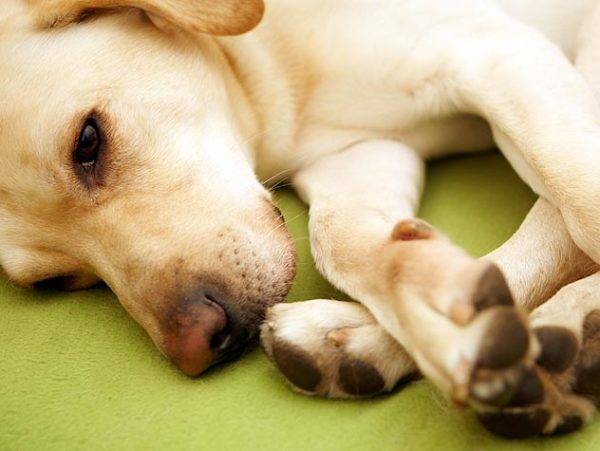 It is also found that the disease has a relationship with gender dogs and is most often found in males. Major risk factor The development of pathology is the high weight of the animal. Such breeds like beagle, chow chow, retriever, rottweiler, more prone to arthrosis than representatives of medium breeds.

Primary arthrosis causes birth injury, such as dysplasia, in as a result of which the load distribution on the joint is disrupted, and cartilage degenerates rapidly. In addition to species, there is also genetic predisposition. Crash in the chromosomes responsible for synthesis of collagen tissue in the body causes a violation cartilage structure, ligament-tendon apparatus weakness, impaired condition of blood vessels providing tissue nutrition the joint.

Scientists call the main cause of arthrosis circulatory disorders in the tissues of the joints. It leads to a decrease activity of metabolic and trophic processes, an imbalance of resorption and regeneration in bone tissue, inhibits recovery and growth cartilage matrix cells.

The listed reasons do not complete the list, since so far scientists when studying the mechanism of arthrosis occurrence discover everything new factors of its occurrence. So, for example, it was found that the level plays an important role in maintaining the cartilage matrix of the joint proteoglycans – biological complexes consisting of polysaccharides and protein. They maintain fluid balance in the tissue – cartilage 70-80% consists of water.

Important article: how to increase immunity in dogs.

Types and stages of development of pathology

In the early stages of arthrosis, dehydration occurs cartilage. Microcracks form on its surface. at first the degenerative process is compensated by the function of chondrocytes, which synthesize collagen and proteoglycans. And if in the first stage arthrosis changes occur at the cell level then in the second stage the process affects chondrocytes, microcirculation in the tissues is disturbed joints, blood clots form, congestion in the venous and lymphatic systems, capillary stenosis occurs.

Arthrosis enters the second stage, which is characterized by erosion of cartilage tissue, its thinning, formation protein edema and the appearance of pain. Interarticular fissure decreases and increases the mechanical pressure on the bones the joint.

In the third stage, the cartilage is abraded in places, the bone is exposed the cloth. In these places under the influence of increased mechanical load abnormal growth of cat tissue occurs and formation osteophytes. These bone spikes reduce motor activity, cause pain. Cartilage fragments fall into the interarticular fissure, and an inflammatory process occurs that leads to deformation and violation of the axis of the limbs.

Dog paws are bent and the animal cannot normal move. Further progression of arthrosis leads to ankylosis – complete immobility of the limb. Arthrosis affects all joints. So The following types of arthrosis are distinguished:

Regardless of where the disease is localized, arthrosis in dogs has characteristic symptoms.

Symptoms and manifestations of the disease

The manifestation of arthrosis in dogs depends on a number of factors:

The first sign of a disease that you pay attention to dog owners, is limping. However, symptoms may be different. For example, with damage to both joints of the hind limbs there is a violation of the functions of the pelvic girdle. Dog hesitant moving, shaky gait. The animal hardly gets up gets tired quickly. 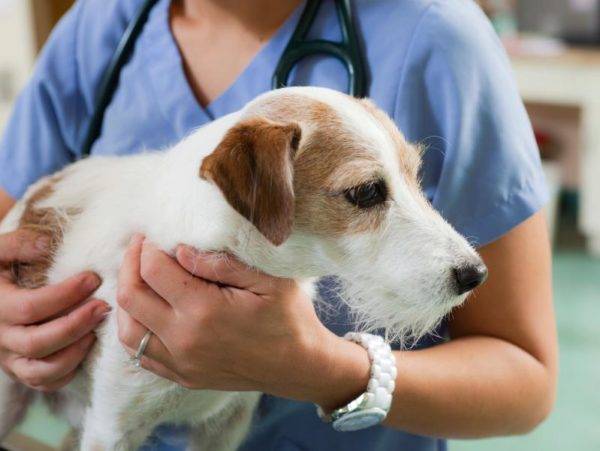 The severity of lameness depends not only on the degree of damage joints, but also from the constitution of the animal, such as its nervous system. In some dog breeds, the pain threshold is high and lame manifested in the late stages of arthrosis. The doctor or owner of such Dog breeds should take this fact into account when conducting therapy. At them the disappearance of lameness is not a reason for terminating treatment.

The severity of symptoms can vary during the day. So, for example, a characteristic sign of arthrosis is starting lameness, which manifests itself after rest. This is especially noticeable in the morning, when the rest period in the dog was the longest. To the animal difficult to get up, it is very lame while functional ability the joint will not recover. Then lameness decreases or disappears at all.

Currently, dog owners and some veterinarians give preference to various dietary supplements. But this group of drugs is not is pharmaceutical and has no clinical studies of their effectiveness.

For the treatment of arthrosis using drugs from the group of non-steroidal anti-inflammatory drugs (NSAIDs) – Ramadil, Quadrisol, Ketofen, Karprodil, Norocarp, Previkoks, Vetalgin, Trokoksil and others. The drug is prescribed in a course, depending on the stage of the disease and drug tolerance. If taking medication causes diarrhea and vomiting, then it should be stopped.

Medications for seasonal lameness caused by exacerbation of the disease in the cold and wet season, appoint short courses in 3-5 days. The necessary medicine is selected individually, as there are no strict recommendations in therapy arthrosis. NSAIDs are combined with chondroprotective therapy and “liquid prostheses”.

Clinical studies of efficacy have been conducted. “Arthrophyte” in the treatment of arthrosis of large joints in dogs. Them in during the month, only Arthrophyte therapy was performed, excluding all drugs and feed additives. The first effect was noticeable after taking the supplement for 5 days, it grew gradually and reached the maximum value on the 15th day of treatment. High (80%) treatment efficacy was noted. 20% negative the result was associated with the need for surgical treatment joints.

However, the listed drugs are means symptomatic therapy. Their use cannot eliminate either joint structure, nor cartilage destruction. To do this, apply preparations based on hyaluronic acid. So, for example, hyaluronate sodium is a chondroprotector that stimulates chondrosynthesis and inhibitory enzymes that destroy cartilage. Sodium hyaluronate is included in synovial fluid composition provides cartilage lubrication the surface of the joint and eliminates the inflammatory process. 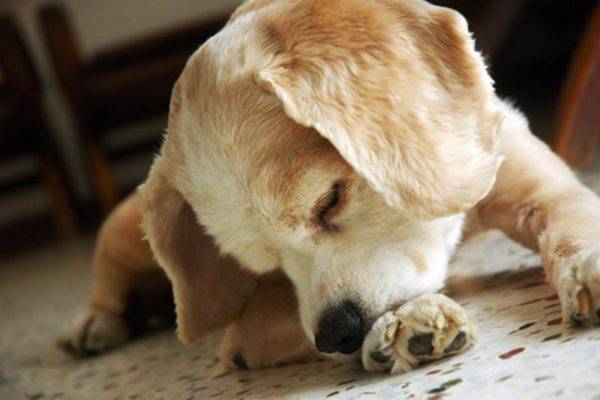 Hyaluronic acid has long been used successfully in the treatment of arthrosis in horses. But until recently, research on her there was no effectiveness in treating dogs. In a clinical study Hionate, a Bayer Vital GmbH company, was used. IN in veterinary practice it is used to treat horses, and so as there is no analogue for dogs, Hionat was used for treating arthrosis in dogs of various breeds and ages.

The drug was administered twice intravenously with an interval between injections – 1 week. In those animals which have not been observed pronounced effects, the injection was done a third time. All animals there was an improvement, a decrease in the severity of lameness, pain and inflammation. The results of the study allow recommend Hionat for long-term use with deforming joint arthrosis in dogs.

Also for treatment, the drug Chondrocan is recommended, which Orling company produces in the Czech Republic. This is a complex including collagen hydrolyzate, glycosaminoglycans, vitamins, minerals. The drug affects the condition of bone, cartilage and ligament-tendon apparatus.

For severe pain, it is recommended to use the drug Gelakan Fast, which also includes bosfellin, having analgesic and anti-inflammatory effects on affected joint.

Surgery, such as arthroplasty, is performed only as a last resort and in young animals. But dog owners don’t often agree to surgery in animals when lameness is not very pronounced, and in a later period, when the joint is badly damaged and the effectiveness of surgical treatment is low. Therefore the main the direction of therapy for arthrosis in dogs is symptomatic therapy and the use of chondroprotectors.