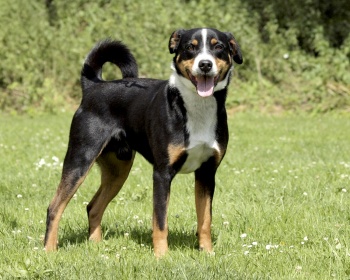 Appenzeller Sennenhund – an ancient breed of dog, homeland which are the Swiss Alps. About the origin of these animals have different opinions. So, researchers Anne Rogers Clark and Andrew H. Brace believe these big, kind dogs descended from roman shepherd dogs. The Romans brought them back to the times of the conquest of the receiver of Julius Caesar – Octavian Augustus, and Then these useful animals really liked the locals.

Due to its size, it was used not only for grazing cattle, but also for other purposes – protection of estates and even draft a dog that can move loads in small carts. Now in the Swiss Alps there are four indigenous Sennenhund dogs, and appenzeller mountain dog is the most rare. First serious references in literature can be found in the middle of the 19th century, but only in 1989 the breed was officially recognized as international organizations. Moreover, if the International Cynological Federation classified them as cattle dogs, the American Kennel Club doesn’t admitted altogether, like some other English-speaking clubs.

These are large dogs with a powerful, developed chest muscular physique and strong legs of medium length. They have thick neck, ears triangular, bent forward, falling on the cheeks. The tail is bent up and twisted as usual. Color tricolor – black-and-white-brown.

The Appenzeller Sennenhund breed is not only distinguished by its strength, but also with kindness of character. If you have a big family, this good man guaranteed to be the best friend of children. Although, in fairness note that the smallest need to be allowed to the dog under supervision of adults or older children, because of the large size and weight, she can inadvertently knock over a child.

In addition, the instincts of a cattle dog in these animals laid very deep, and sometimes they can manifest themselves in the fact that your dog can nibble children lightly on the heels. Maybe in in the mind of a dog, responsibility for sheep or cows is akin to responsibility for the child. By the way, to this very responsibility appenzeller sennenhund takes very seriously. So seriously, that to protect the herd entrusted to him, and, especially, for protecting children and his family, the dog is ready to give his life.

The protective qualities of these pets make them a good choice for maintenance in a private house with its own fenced area, moreover, they have an inherent distrust of strangers. However, the dog needs early socialization – getting to know different people, their smells and emotions, because otherwise it can become too distrustful and show increased aggression and anxiety even on minor occasions. And that means that your neighbors and your guests will feel uncomfortable, and yes you will not increase peace.

Appeneller Sennenhund has a huge supply of internal energy, and needs constant activity. They can not be closed at home for the whole day, otherwise the dog will become destructive, she’s the character will deteriorate, she will suffer the inner and pour out her suffering out. Workouts, long walks, games with members your family with other dogs is what you need.

Dogs of this type certainly need development. obedience, and in teaching teams that will give the necessary food for the mind and body. Teaching, nurturing and socialization should begin at an early age, approximately 5-6 months. Then training will be most effective and success will be most pronounced.

Appenzeller Sennenhund – very smart and quick-witted dogs, they learn fast and learn commands well. In this process it’s important for the owner to be patient and start with the game form, which an early age is most acceptable. If you will do everything with kindness and without nerves, there will be no problems in education, since This breed by default has an obedient and curious character.

Gradually, you can add restrictions. That is, do not give what you want until the pet does as it should, but demonstrate willingness to provide it. The simplest example is a treat after a successful execution. teams, and its absence at failure.

Appenzeller Sennenhund does not need too complicated care for wool, as it does not have a large length. Comb out once in a week will be enough. Be sure to keep your claws the dogs were cropped and the ears and eyes were clean. Bathing a pet you need at least once a week, and preferably two.

Dogs of the Appenzeller Sennenhund breed are excellent health and stamina. They have excellent metabolism, high energy level and good immunity, so it is unlikely that you will have to visit a veterinarian except in cases of necessary vaccinations. 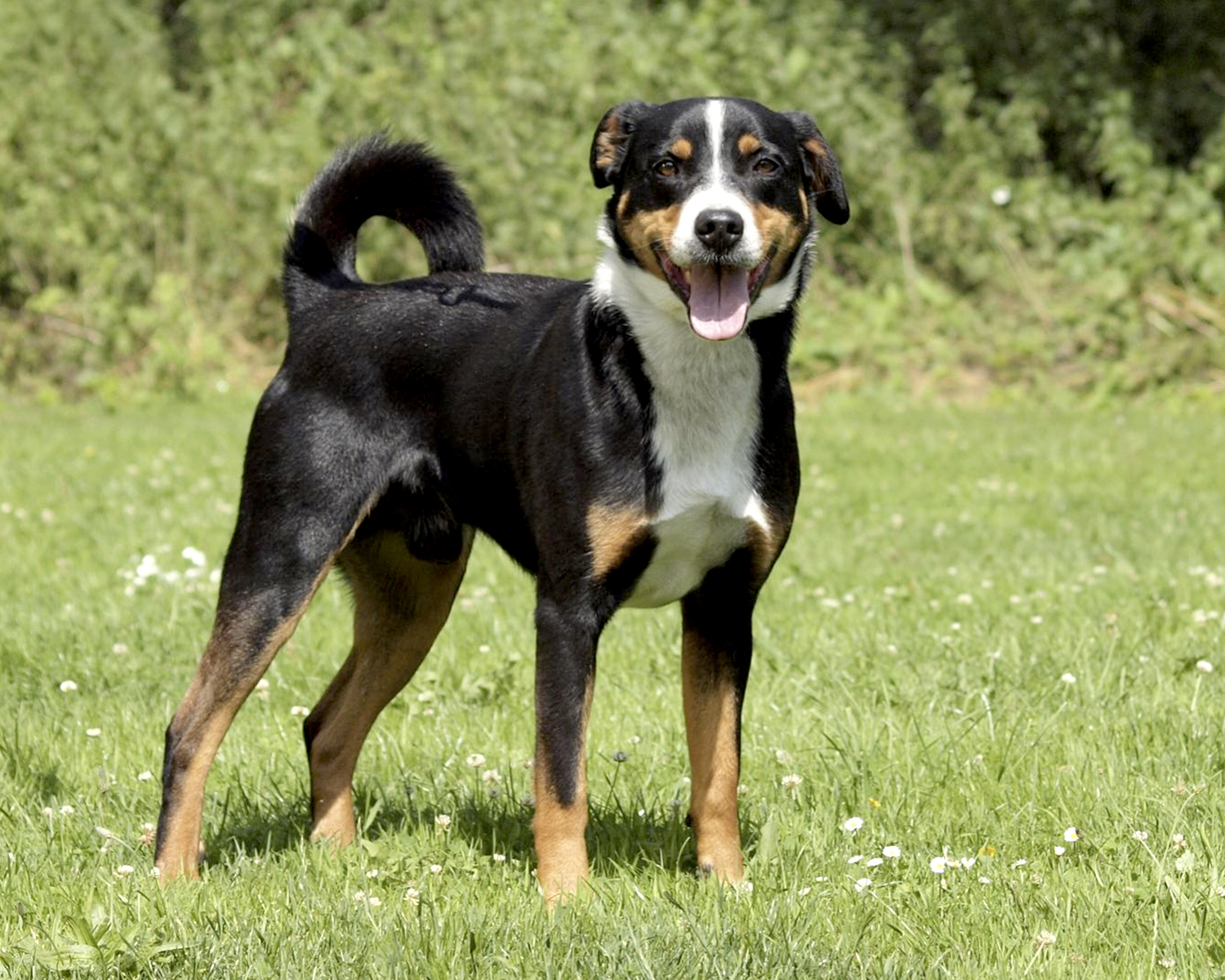 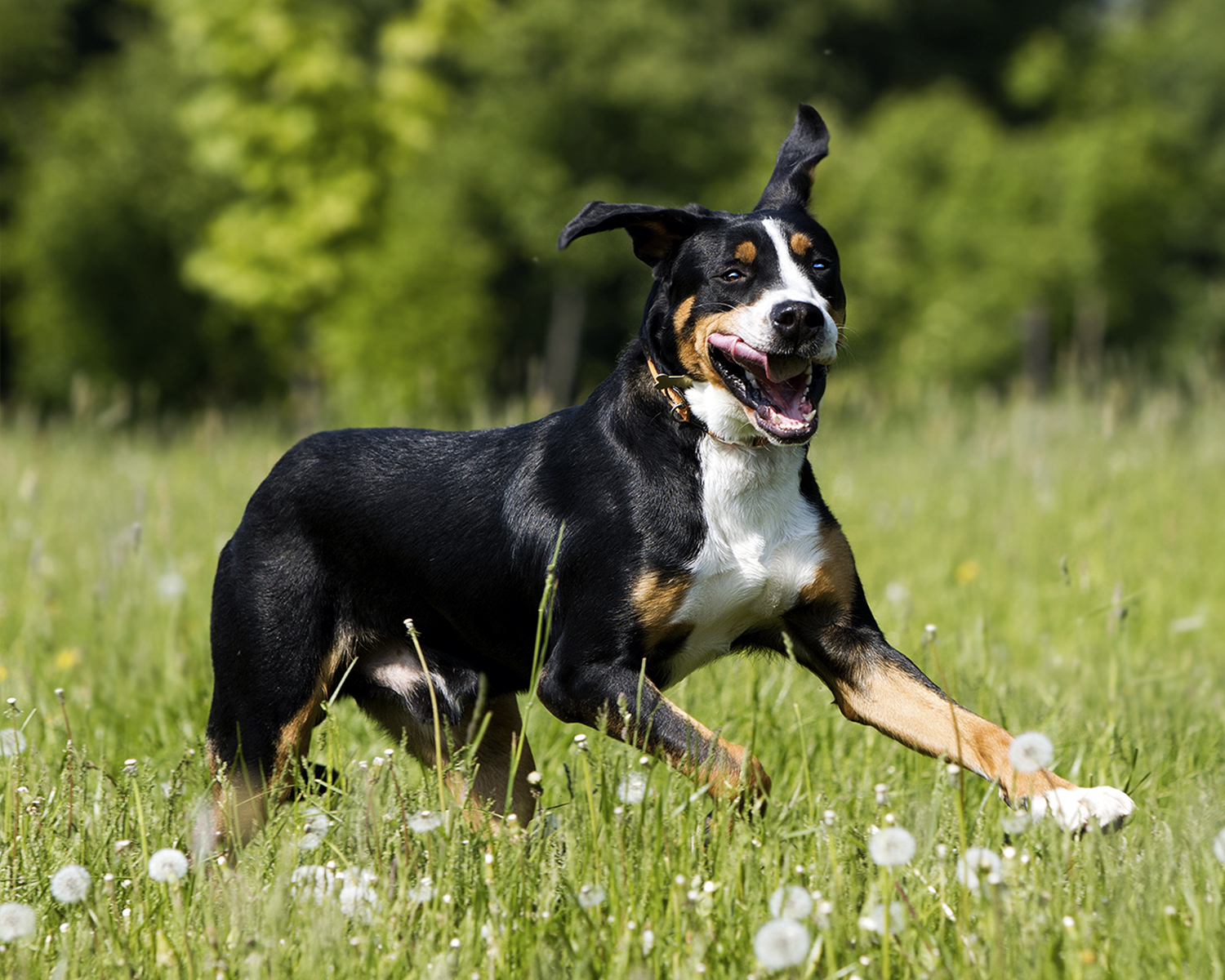 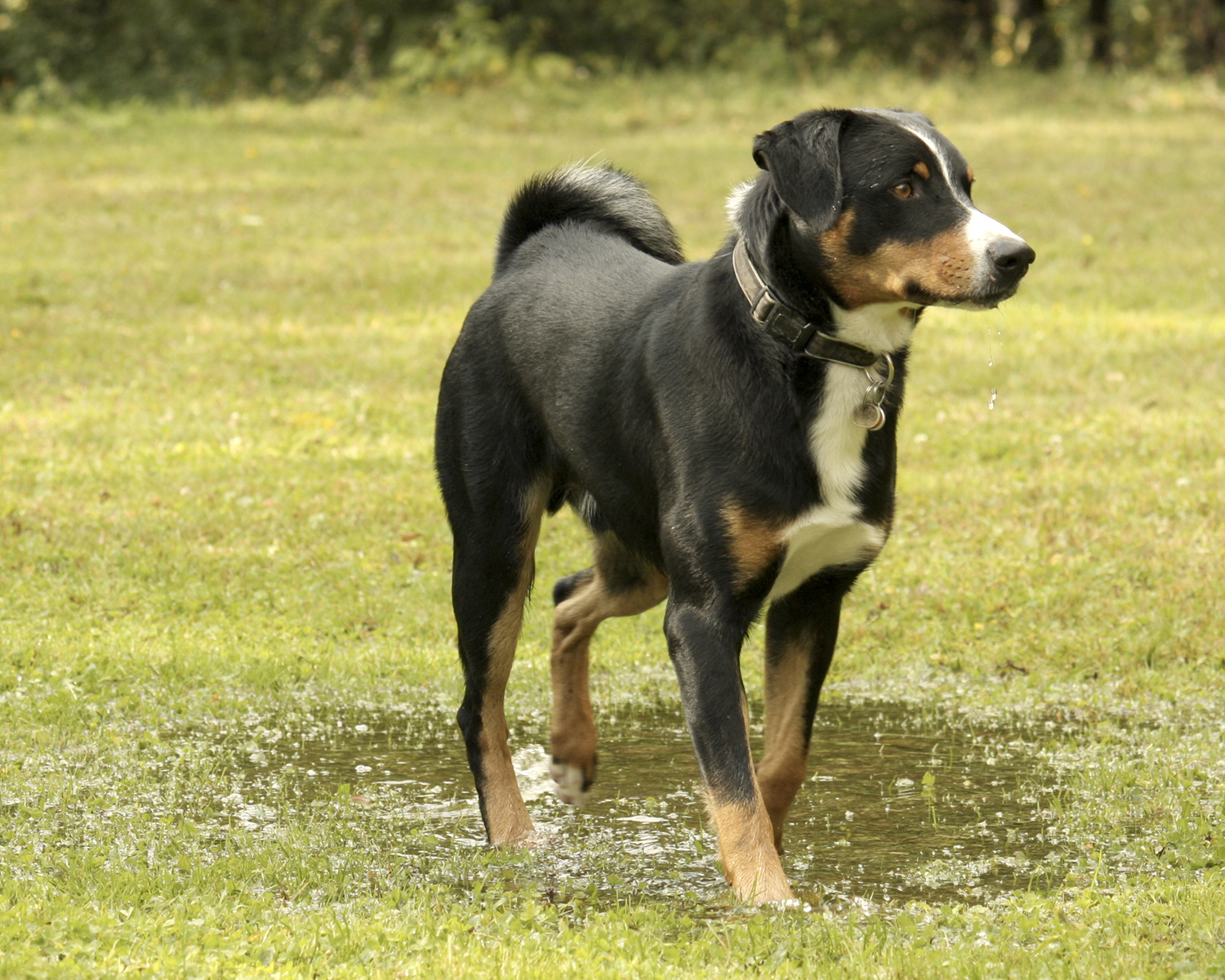 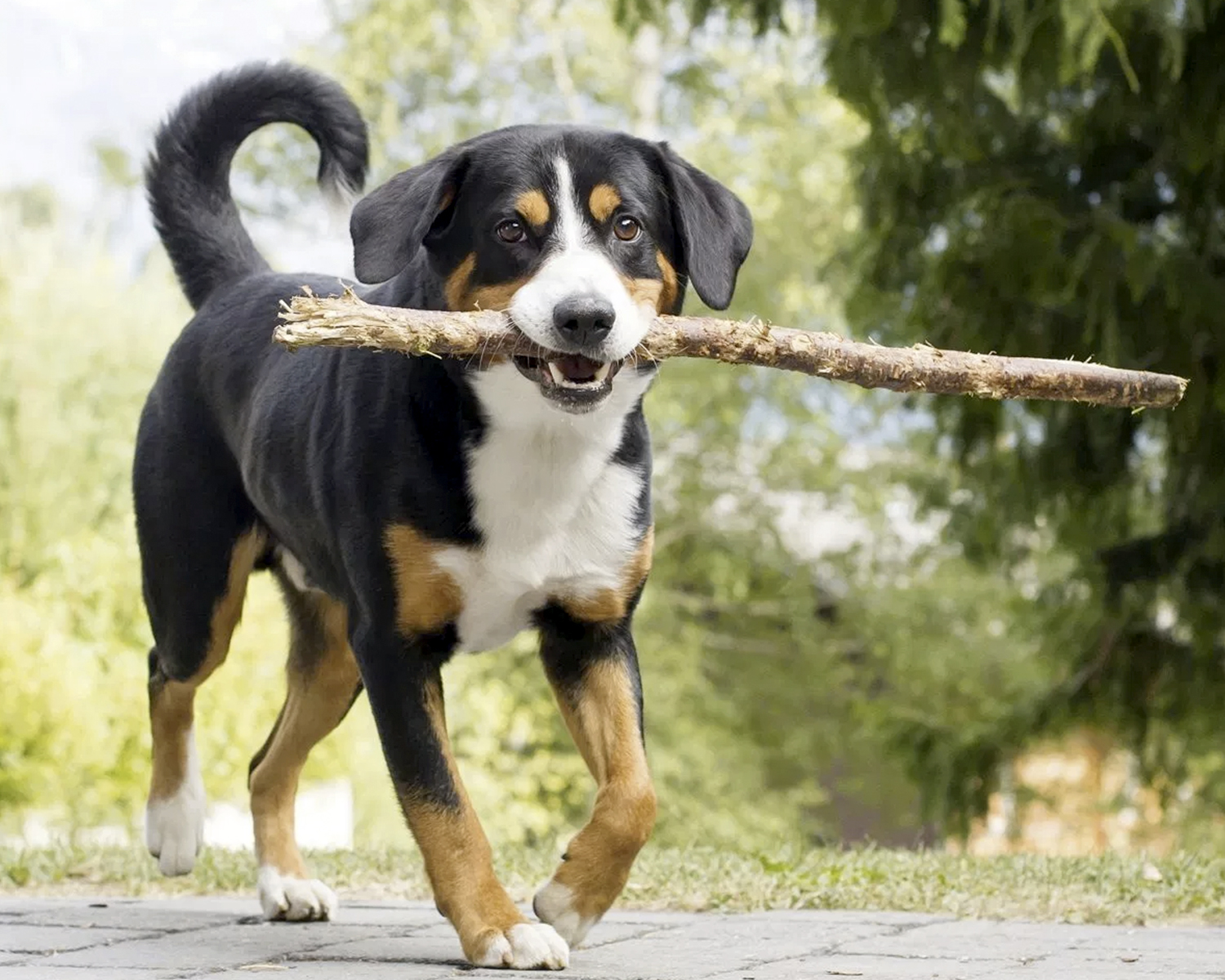