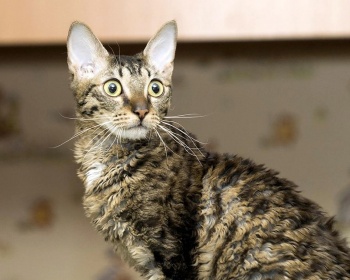 The Ural Rex cat breed is a naturally occurring mutation, which appeared in cats in Russia. It is known that in their homeland, in the city of Yekaterinburg and other regions of the Urals, they existed quite a while, until the breeders took them targeted breeding.

The ancestor of the breed is the cat Basil, black, who was crossed with a cat named Mura (emphasis on the letter y), white color. Vasily was born in 1988, and the first litter the pair produced in 1994. Later, the breeders continued to work, and also engaged in research and mated kittens of the Ural Rex with Bohemian Rex and Cornish Rex – this led to the appearance of kittens with straight wool texture. Which means the myth that the mutation Ural Rex is directly connected with Cornish Rex, it remains only a myth, and nothing more.

In 1997, a breeding program was also created in Moscow. In addition to the population descended from the cat Basil, born in the town Zarechny (Sverdlovsk region), other individuals with such the same spontaneous mutation found in the Urals. The breed is recognized in felinological organizations WCF, FARUS, MFA.

The breed of the Ural Rex is kind, intelligent and very affectionate cats. They treat children in a special way – both their own and to human. Soft nature and friendly attitude each family member will make the pet a favorite companion and a companion for many years. And if you live in a private house, remember – the Ural Rex is a real thunderstorm of mice.

These are cats of medium and large sizes, with a developed chest and muscular physique. Paws are strong, long, middle tail lengths, ears are also medium, muzzle is wedge-shaped. Ural Rex can live up to 20 years, with proper care and quality nutrition.

Ural Rex cat is mild, obedience and great friendliness. They have a very balanced psyche, they are balanced and calm. However, this does not mean at all that the Ural Rexes are inhibited, slow, or simply phlegmatic in nature – just the opposite.

These cats love various activities, love games and fun, love spending time with people and other homeworkers animals. They are very curious and smart, and also have good hunting instincts and are well able to navigate the terrain. These skills have been postponed genetically since these cats For decades they lived on the street, hunting rodents, birds, arranging feline life, relying only on their own strengths and intelligence.

Balanced character and affectionate attitude towards members of his families, as well as a love of games, makes them a great choice for a child. Separation from your family is very difficult, especially if you leave the pet for a long time. A cat can survive when her leave for several hours, but several days or even months without her beloved people, it would be a serious injury for her.

If you are a lonely landlord and go to work, it’s better to start another cat, or opt for another breed. Cat Ural Rex breeds always with great care and trepidation relate to their offspring. She almost never shows aggression towards people and other animals, and rarely gives a voice. TO strangers calmly.

These are healthy cats without any genetic problems and propensities to certain diseases.

Ural Rex can have short or long hair with undercoat. In both the first and second cases, cats need comb out once or twice a week, and also cut claws once every 10 days. They bathe these pets about once every 2 months, eat clean once a week, eyes – every day. 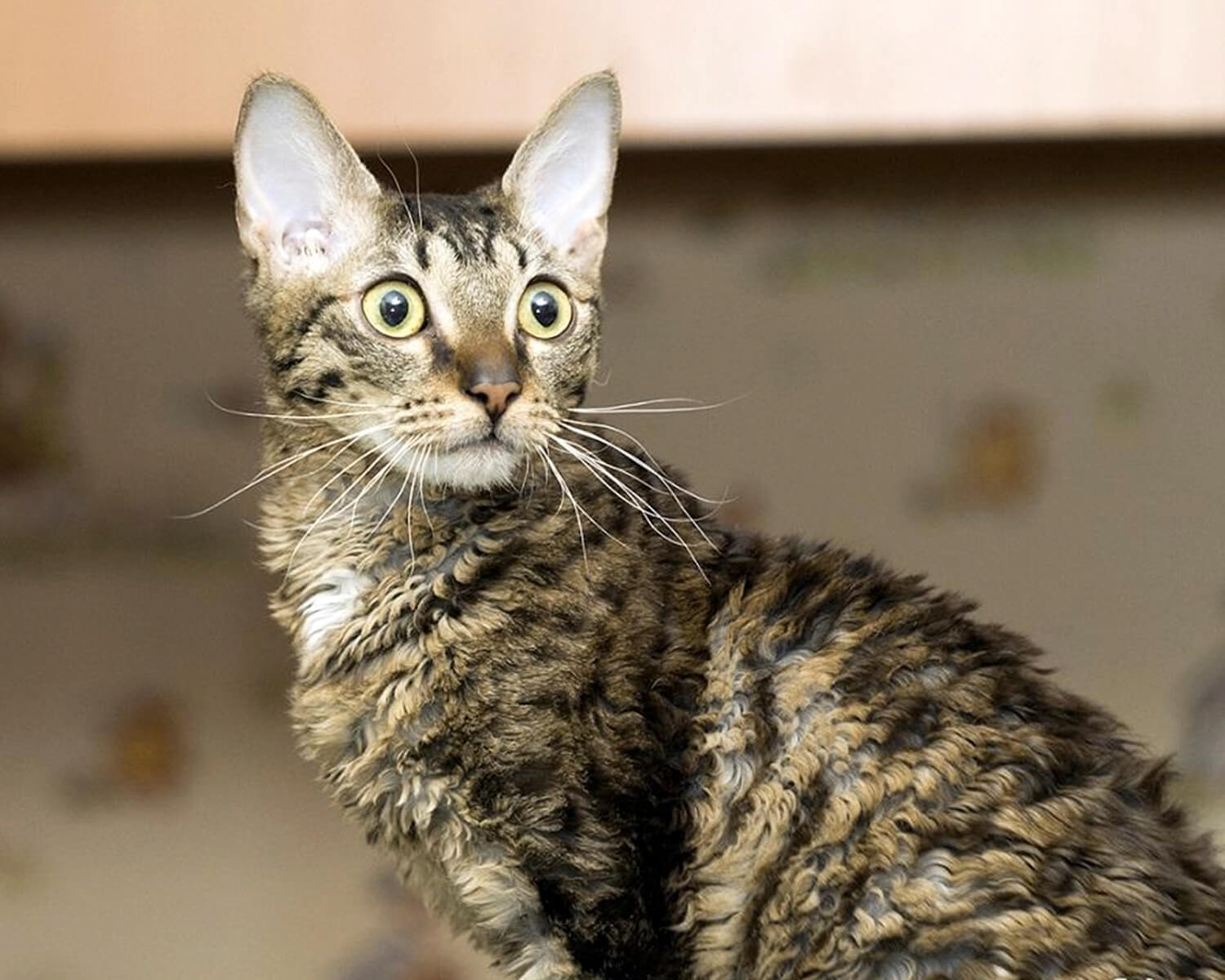 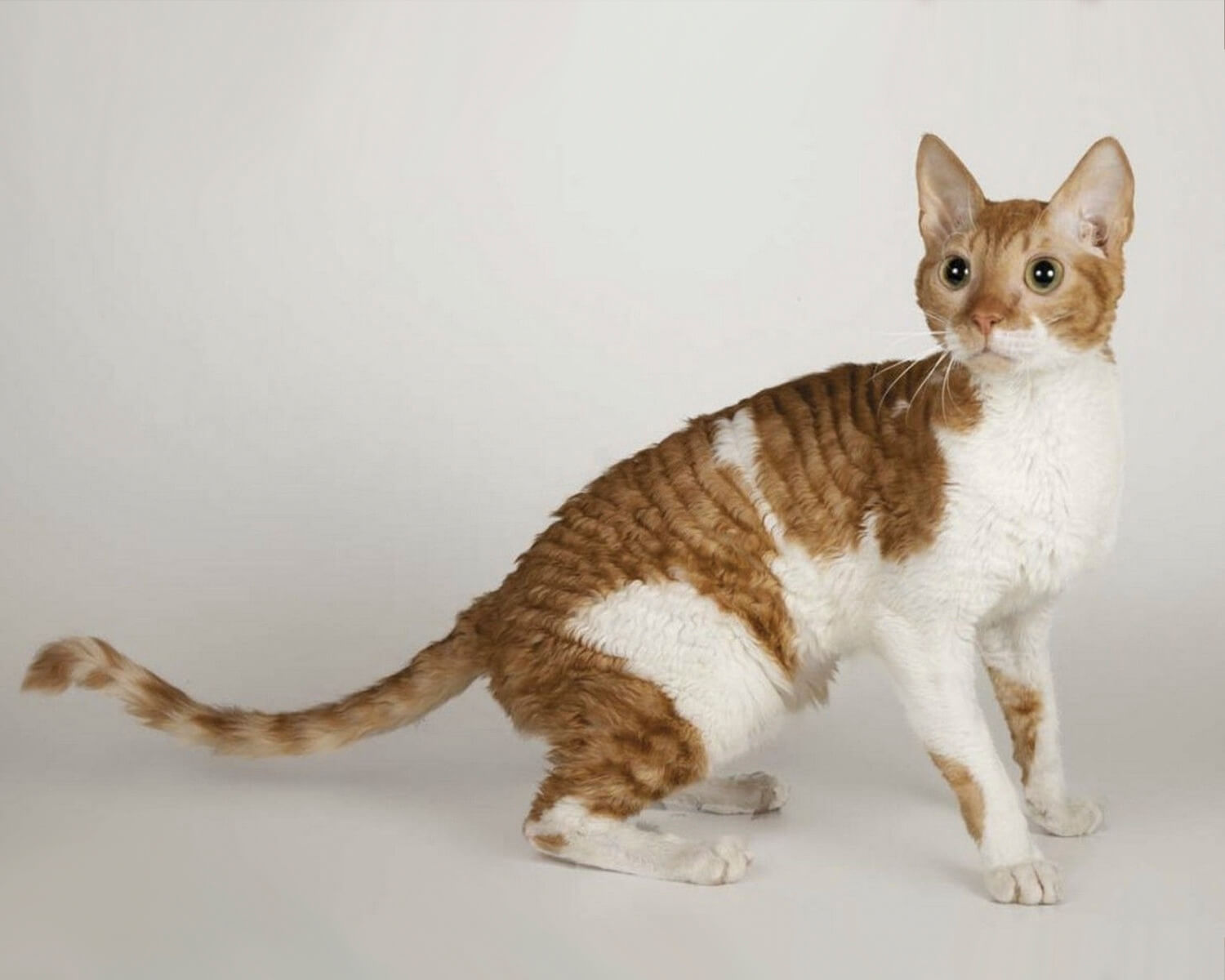