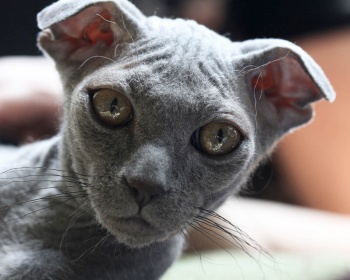 Ukrainian Levkoy – a new, artificially bred breed hairless cats. These pets are also referred to as representatives. rare breeds, and although levkoys are only gaining fame and popularity, they have already received a lot of positive reviews from breeders and cat lovers.

They are of Ukrainian origin, which, in principle, is clear from breed names. In addition to the fact that left-handed people do not have wool, this is hardly perhaps the only lop-eared hairless cats in the world, and the only Ukraine bred artificially breed, which largely determines their uniqueness. For breeding were used Scottish lop-eared (scottish fold) and Don sphynx, reproduction is carried out heterozygous type, despite the fact that a pair of parents can’t to be two fold individuals.

The breeding program was started by the felinologist Elena Biryukova, owner of the cattery “LADA CATS” in 2000, on their own designed sketches. The first kitten Ukrainian Levkoy was born 21 January 2004, and received the name Levkoy Primero. International ICFA RUI felinology system allowed leftists to participate in Championship of Ukraine among purebred cats with the right to conquer the title of champion and even the European champion, as well as the opportunity performances in the “Best in Show”. WCA’s felinological organization Russia was also given the right to participate in the Ukrainian leftists in Championships of purebred cats in Russia.

If you want to have a truly unique cat – Ukrainian Levka ideally fits this criterion. In him everything is unique, and this is visible with the naked eye. Moreover, according to its character embodies the best qualities of cats, deprived aggression, strongly attached to beloved people and well them understands.

Ukrainian Levkoy is a medium-sized breed, lop-eared, and auricle structure (angle, torsion, etc.) may differ slightly in different individuals. Paws are long, slender, whole the appearance of the animal gives the impression of extraterrestrial grace. Chest oval, protruding forward, muzzle wedge-shaped, elongated, between ears, as a rule, have folds of skin. Exact duration life behind the novelty of the breed and the small number of individuals is not installed, but estimated at 12 years or more.

Despite the fact that this is a completely new breed, it already has many fans not only because of its fantastic appearance, but also due to the kind, responsive nature. Cat Ukrainian Levka is distinguished by friendliness, gentleness and patience, like all domestic cats, loves attention, but without frills and unobtrusive in itself.

An important plus is high intelligence and internal flexibility, thanks to which the pet is relatively easy to adapt to changing environmental conditions, moving, etc. Levkoi have cheerful disposition, playful, active, sometimes love a little fool around. They treat everyone, including children and strangers. (or unfamiliar) people normally perceive other domestic animals, if they do not meet hostility.

Artificially bred breed, especially, has the genes of cats with mutation, rely on good health is not necessary. Per the small number of individuals and the novelty of the breed, it is difficult to fully and clearly classify all diseases for which there is genetic predisposition – there is no thorough research. However you can no doubt that various types of skin irritations occur to be – this is a feature of all hairless cats, and Ukrainian Levka not an exception. Also, be alert to drafts and cold, because they don’t have a natural fur coat.

Caring for a hairless cat is perhaps even more responsible. business than a cat having a hair. You will need at least wipe your pet’s skin damp several times a day napkin, removing sweat, and make sure that Ukrainian Levka was not in a draft. In winter you will need to dress him in special sweater or jumpsuit. In addition, you need to regularly bathe an animal three times a week, and it’s better to clean it every day teeth, cut claws once every 10 days and keep ears clean and eye. 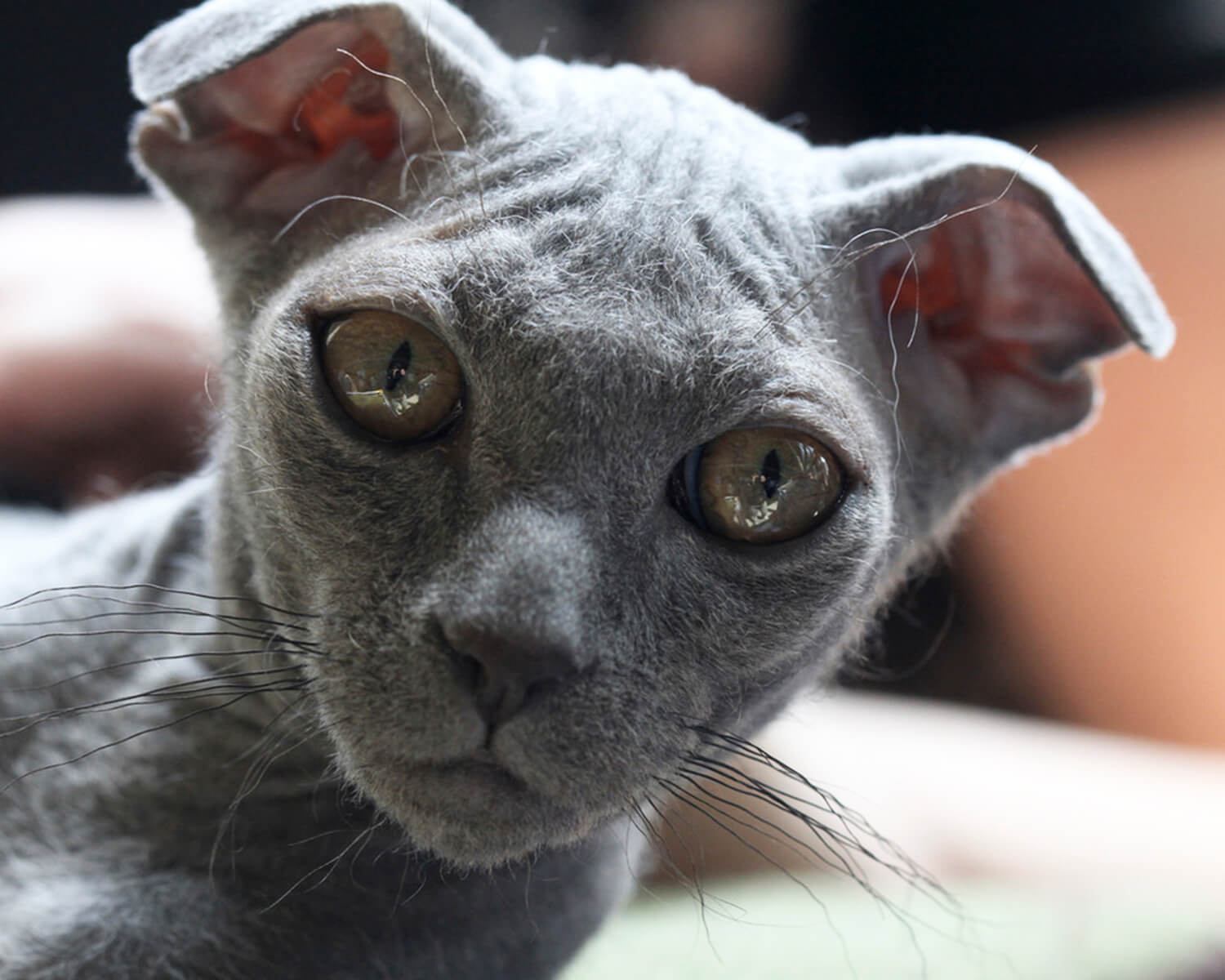 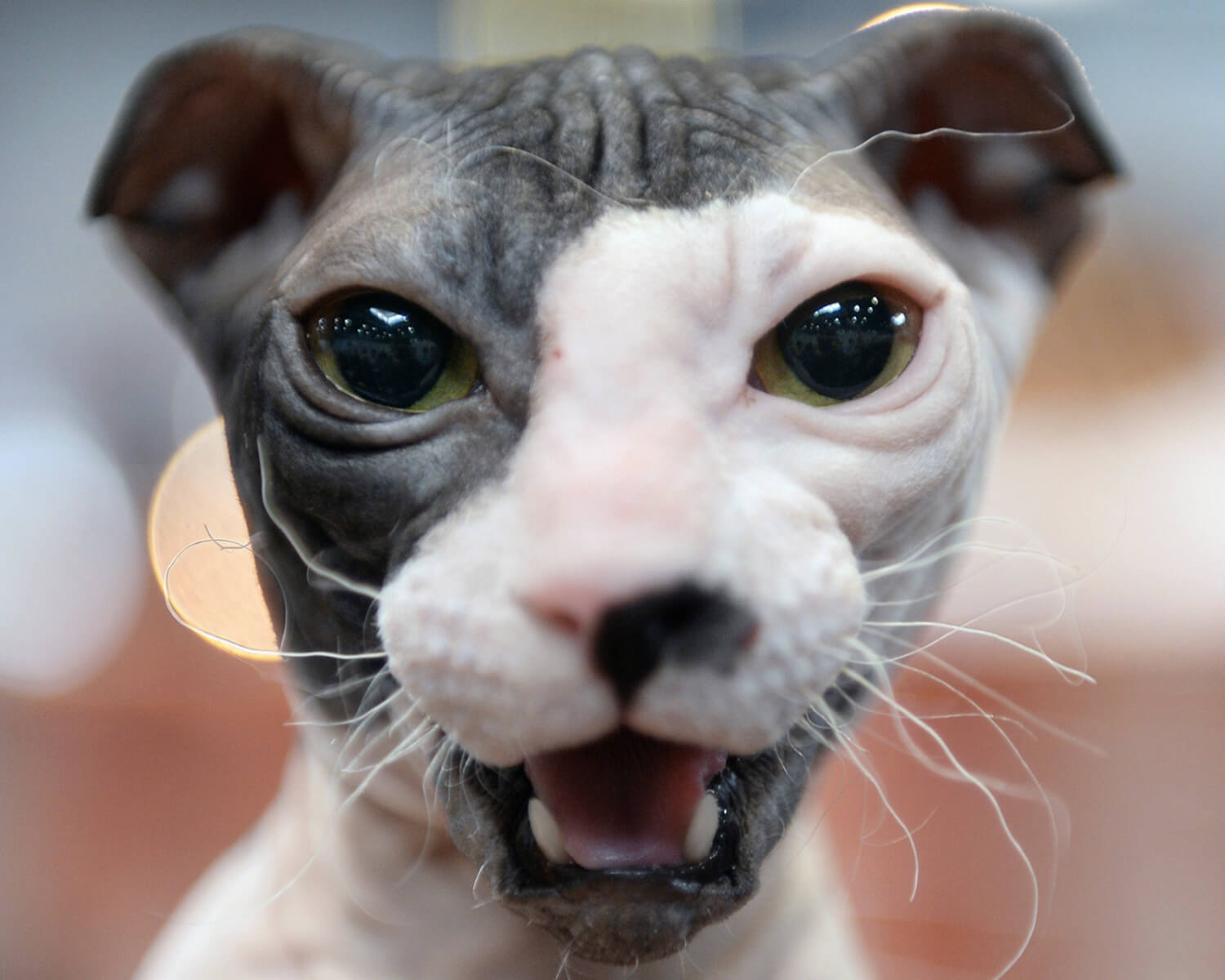