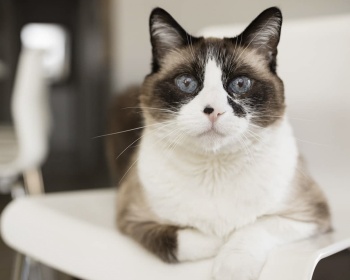 Snow shu has deep roots, as it comes from Siamese cats. Translated the name of the breed translates as “snow boots, “and looking at this pet immediately it becomes clear why they called him that. Back in the late 19th century, Siamese were popular cats with snow-white paws and the correct pattern on the face and breasts. However, the main thing is white paws.

Such cats were captured in photos and drawings of those years, however, until the middle of the 20th century, special breeding programs did not existed. The color of the snow shu is especially important since originally a breeder named Dorothy Hinds-Dougherty wanted to bring individuals of medium size with white paws.

Dorothy compiled a primary breeding program into which three siamese cats came in. They were crossed with shorthair black cat with correctly defined white belly and chest. This happened in the early 60s.

Subsequently, Dorothy herself stopped breeding any cats, however, such interesting cats interested other breeders, who continued what they started. The case was a complete success as we can see today, and the snow shu breed has received Federation recognition cat lovers in 1982. American Amateur Association cats recognized the breed of snow shu in 1990 and the International Cat Association in 1994.

But the Association of Cat Lovers (CFA) has not yet recognized this the breed. It should be noted that this organization is generally extremely scrupulously treats new breeds and recognizes them not as often as I would like, although the official website indicates that the organization new breeds glad and open.

In addition to its white paws, the breed of snow shu is known for very beautiful uniform V-shaped markings on the face and chest, however, it manifested not in all individuals. Show cats have this marking, as well as white “boots”, others may have spotty color, or uneven marking, although born white.

These are medium-sized animals weighing about 4 kg. They have muscular body, perfectly built, muzzle of a classical form, ears are medium length. Their activity can be expressed in different ways, in depending on the place of residence. If he lives in an apartment, this one thing, but if the pet lives in a private house and has a permanent admission to the street, his hunting instincts will manifest themselves.

Snow shu cats can surprise, thanks to their versatility your personality. It seems unlikely when it comes to cats, however, this breed really has a developed intelligence and depth of character. This may occur as follows. way – in some cases, a cat can act like a good a friend who can understand and share a difficult state of mind. IN another time, your pet will appear as a playful kitten, active and carefree. We can say that these animals have real “cat heart”. This is especially evident in relation to family members. They like to answer words with a voice.

Cats choose one person as their most beloved and authoritative, however, in relation to the whole family show great sincerity and warmth. On the other hand, they can sometimes manifest moody features. They treat children well, love to play, show great independence and activity, they will easily find yourself an interesting lesson without your help. Although, with joy play with family members. Snow shu cats are very smart, they can open doors and even simple latches. By the way, these animals normally perceive water, unlike many other breeds cats.

In general, the breed of snow shu is healthy cats, but some individuals may exhibit a break point on the tail, as well as strabismus. However, such phenomena are rare, but in other respects it healthy strong pet.

Snow shu cat’s coat needs constant care, which consists in thorough combing with a brush. It needs to be done about once a week. Also, be sure to keep it clean. ears, do not forget to brush your teeth – it’s better to do it every day, but You can also three or four times a week, and also cut the claws in time. The animal needs to provide a balanced diet of quality components, which will significantly extend its life and favorably will affect health. 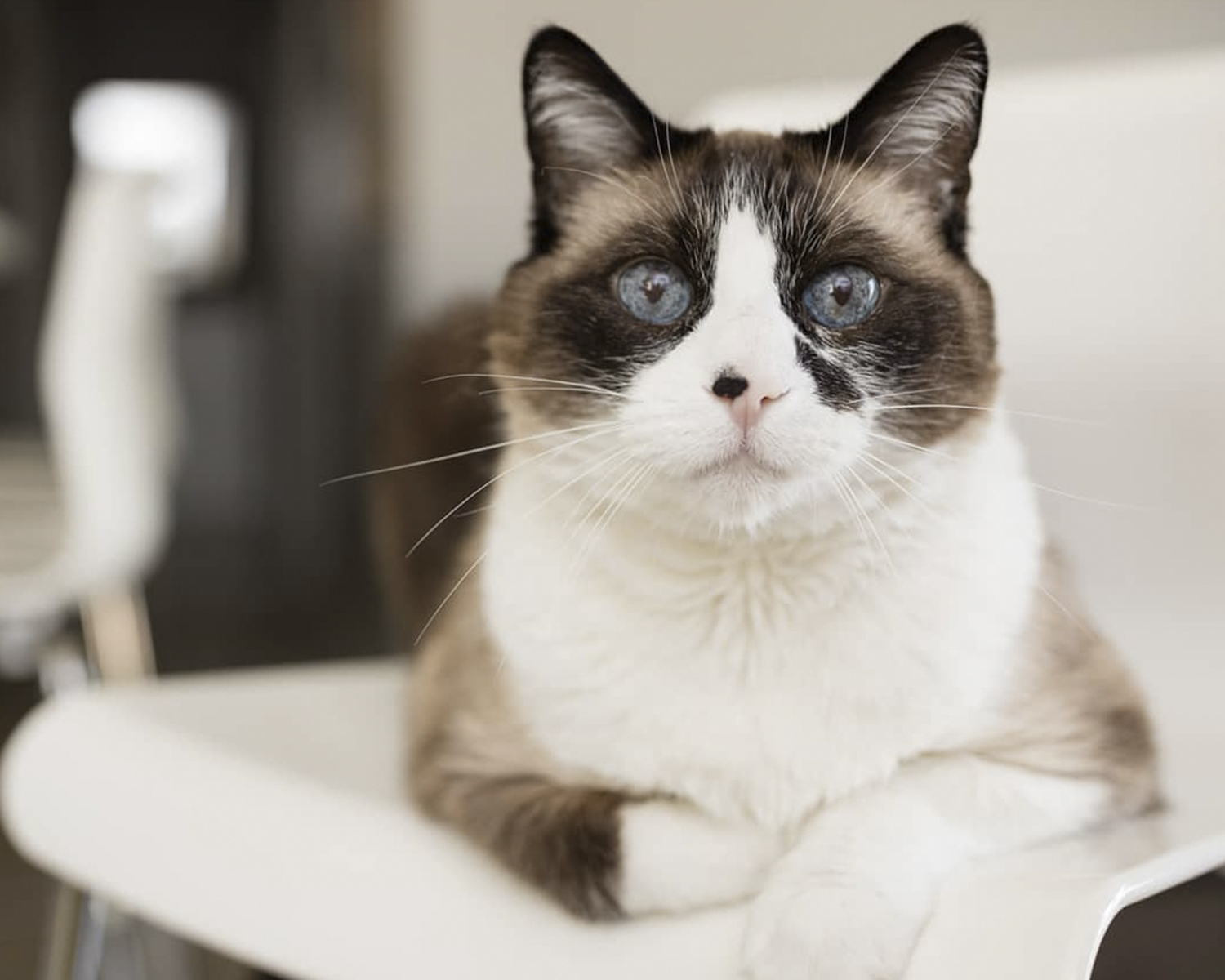 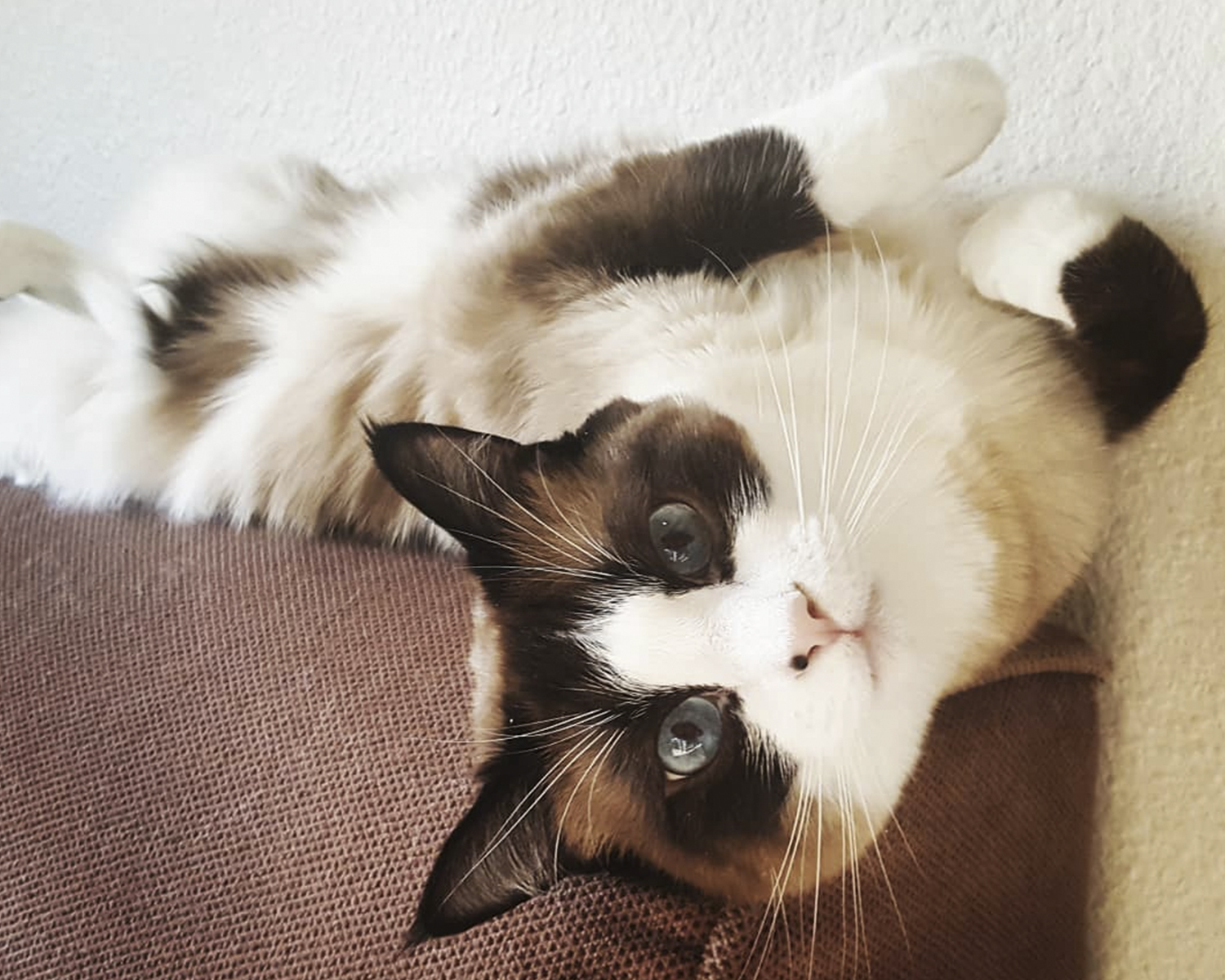 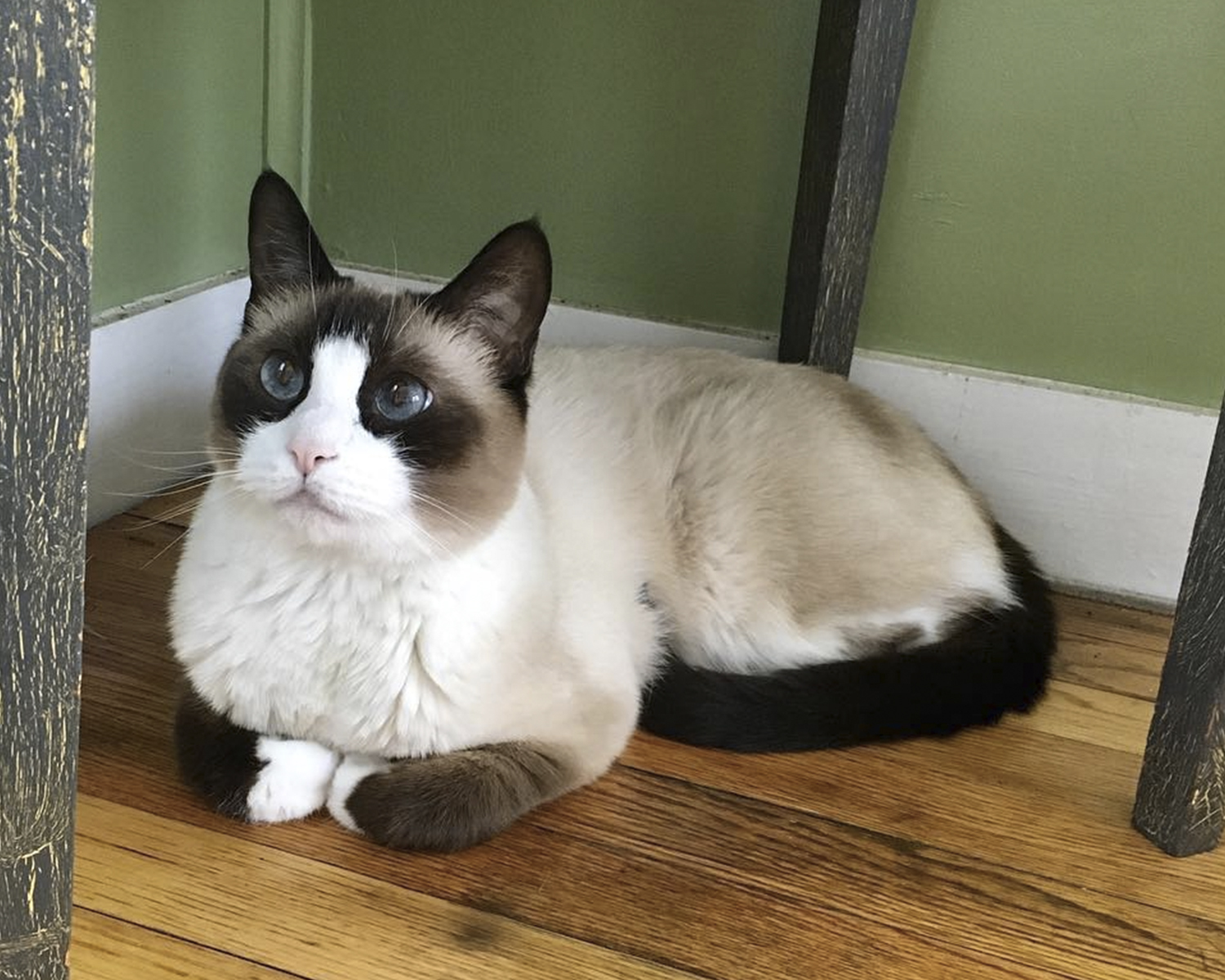 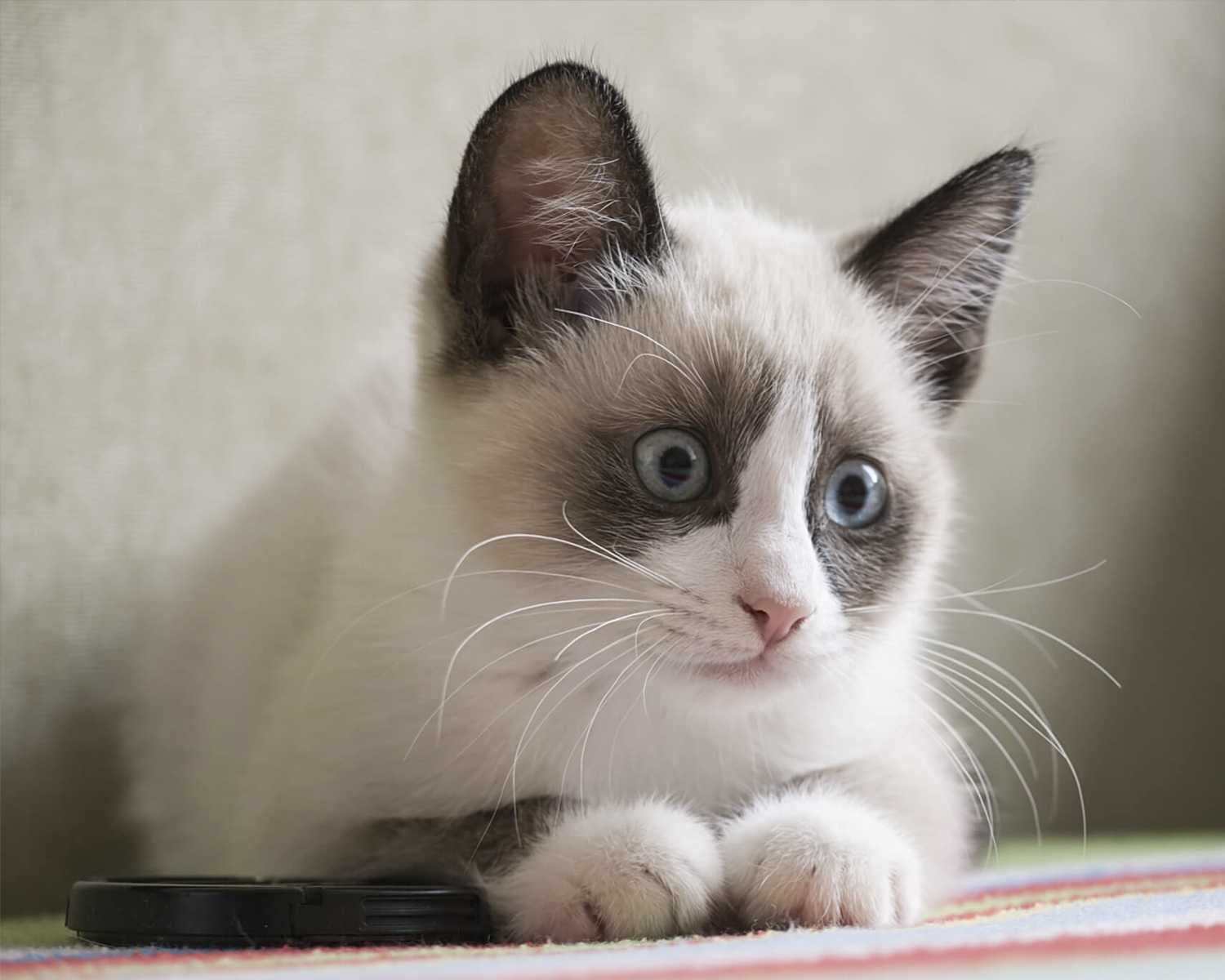 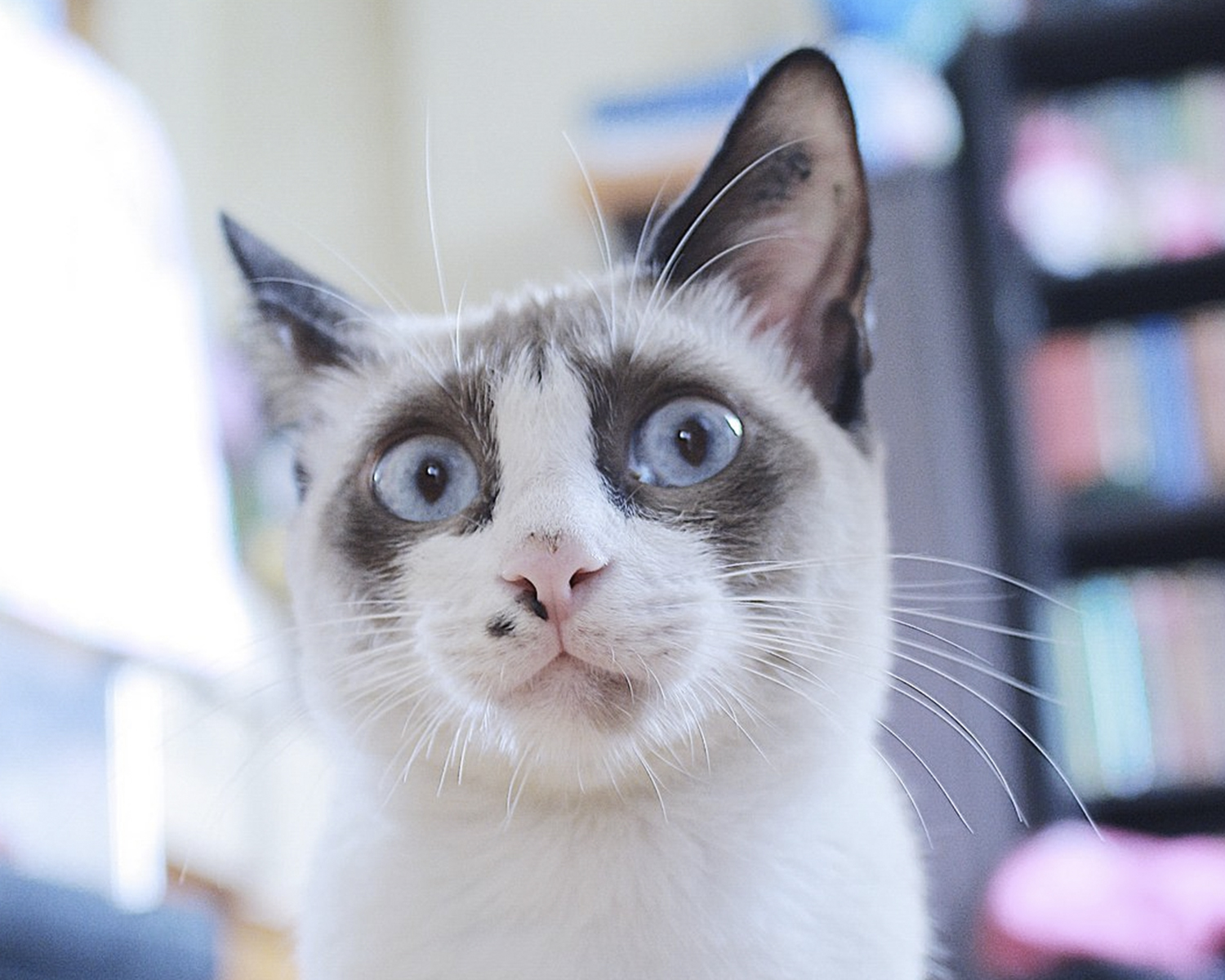 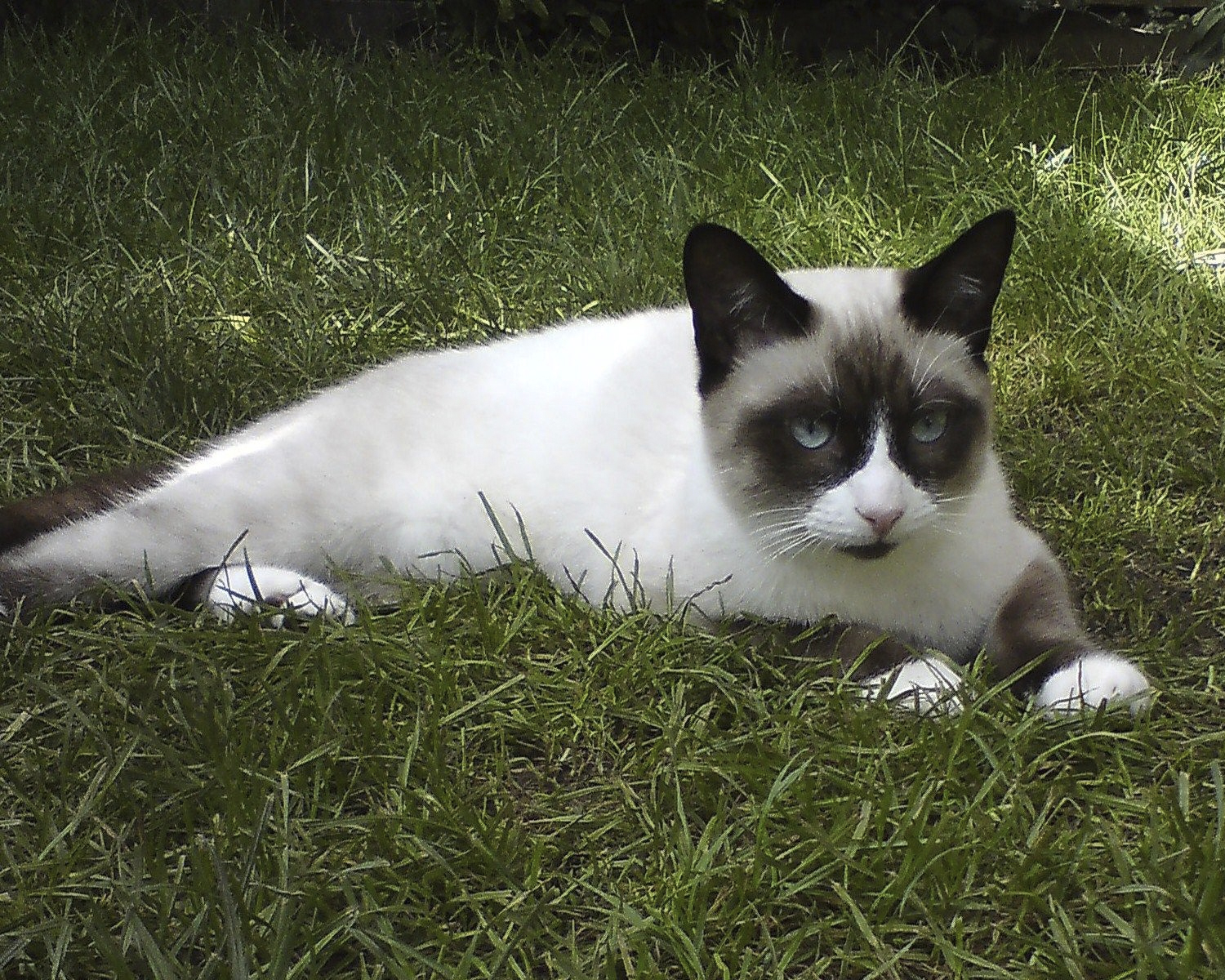