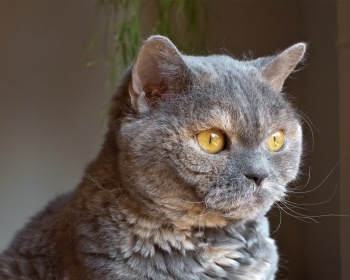 Selkirk Rex is a breed with an unusual texture wool. These are curly cats, which, however, differ from similar ones. breed Devon Rex. They arose as a result of a mutation that occurred accidentally, naturally, therefore, strictly speaking, they cannot be fully attributed to artificially bred breeds.

This breed is relatively expensive, however, you you will be surprised to know that she came from a cat found in animal shelter in 1987, in Montana, USA. Breeder Persian cats Jerry Newman drew attention to such an unusual cat, especially considering the fact that the other 5 kittens had plain straight long hair.

Of course, Jerry took the unusual kitten, calling it a small Miss De Pesto’s cat. When she grew up to a year and 2 months, she crossed her with a black Persian cat, and got six kittens. Three of them had the same curly hair as Miss De Pesto, then this gene was dominant. Jerry was inspired and decided to continue the breeding program, literally creating a new breed from scratch thanks to pure chance – finding in a shelter for stray cats.

She named the breed Selkirk, in honor of her stepfather, which, incidentally, is a unique feature, because the breed is named after person. Later, to diversify the gene pool, the program breeding added Persians, Exotics and Brits. Exactly thanks to the dominant gene, the Selkirk-Rex breed quickly gained official status. Selkirk Rex cats have been recognized by the International the cat association and the american cat lover’s association 1990s, CFA began registering Selkirks in 1992, and Association of Cat Lovers in 2000.

Selkirk Rex is quite large cats, with a heavy bone, which adds weight to them. They have relatively short paws and compact body, tail not long. The head is wedge-shaped, the ears are medium. There are many kinds of colors, from plain to multicolor, tortoiseshell. There are amazing, rare shades, like a light apricot.

If you are looking for a pet that can bring to your family love, kindness, and affection, selkirk-rex will cope with this task.

The average life expectancy of these pets is about 15 years.

The breed Selkirk-Rex is a very kind, cute, emotional cats. They love to be hugged, they don’t have a soul in their family, very loyal to the owners and may experience real mental suffering. In general, they prefer to spend time on your lap or on the couch, excessive activity or playfulness is alien to them.

On the other hand, up to the moment of reaching full maturity, they maintain a certain level of activity, and will happily play with you. You can say that these cats by default love people, and therefore kindly accept strangers and friends families. Due to its high level of tolerance, Selkirk Rex is ideal suitable for families with children, also, they can easily get along with other pets if they do not show hostility.

Despite the gene mutation, the Selkirk Rex cat breed is devoid of any genetic abnormalities or propensities for one or another diseases.

The specific structure of the wool is such that it can fall off quickly in a lump if the pet does not receive proper care. Consequently, you need to comb out regularly, at least once a week the fur of your four-legged friend.

Also, be sure to cut the claws, at least twice in month, monitor the cleanliness of his ears and do not forget to brush your teeth at least 3 times a week. If the cat lives at home, you can bathe it once in two months. 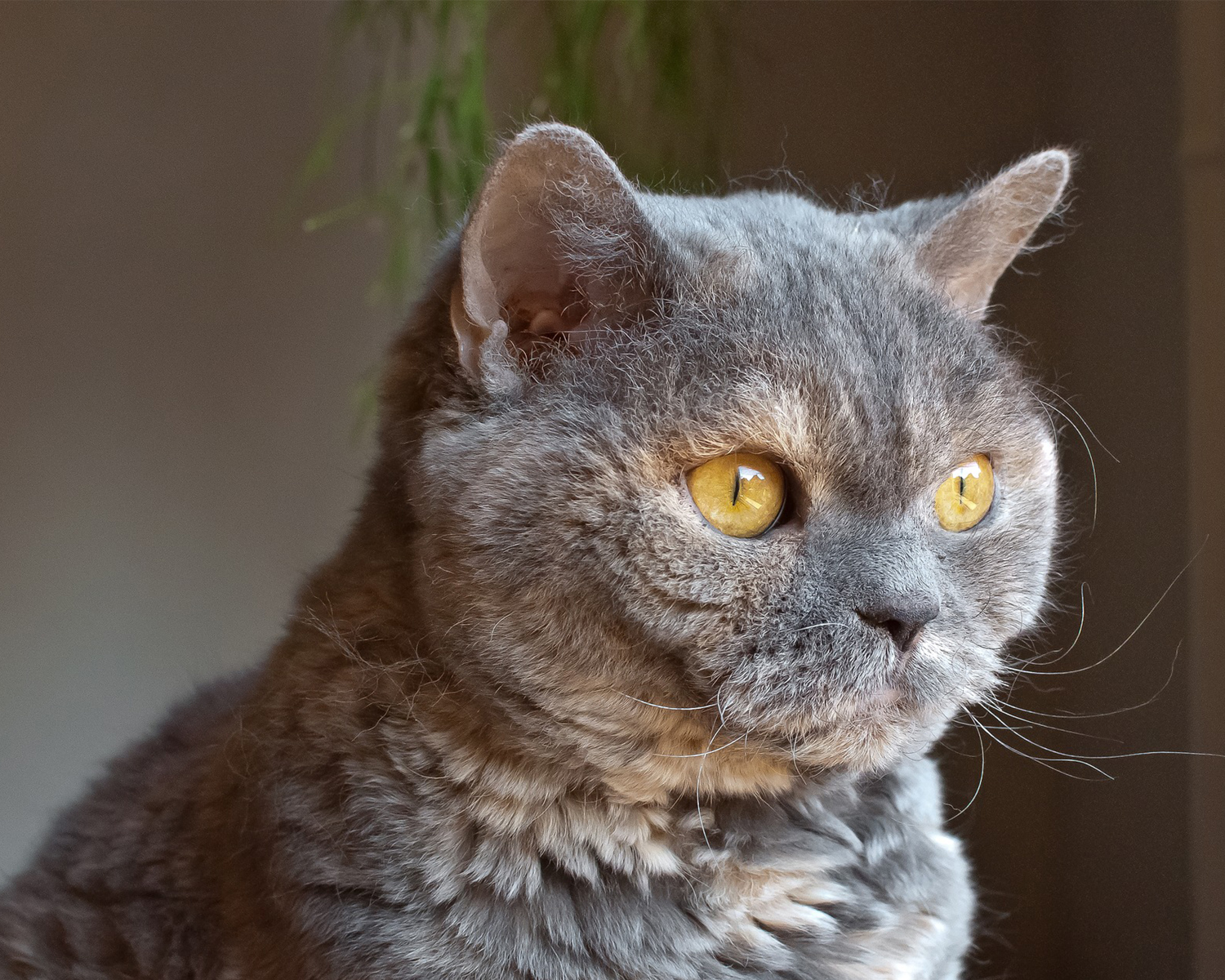 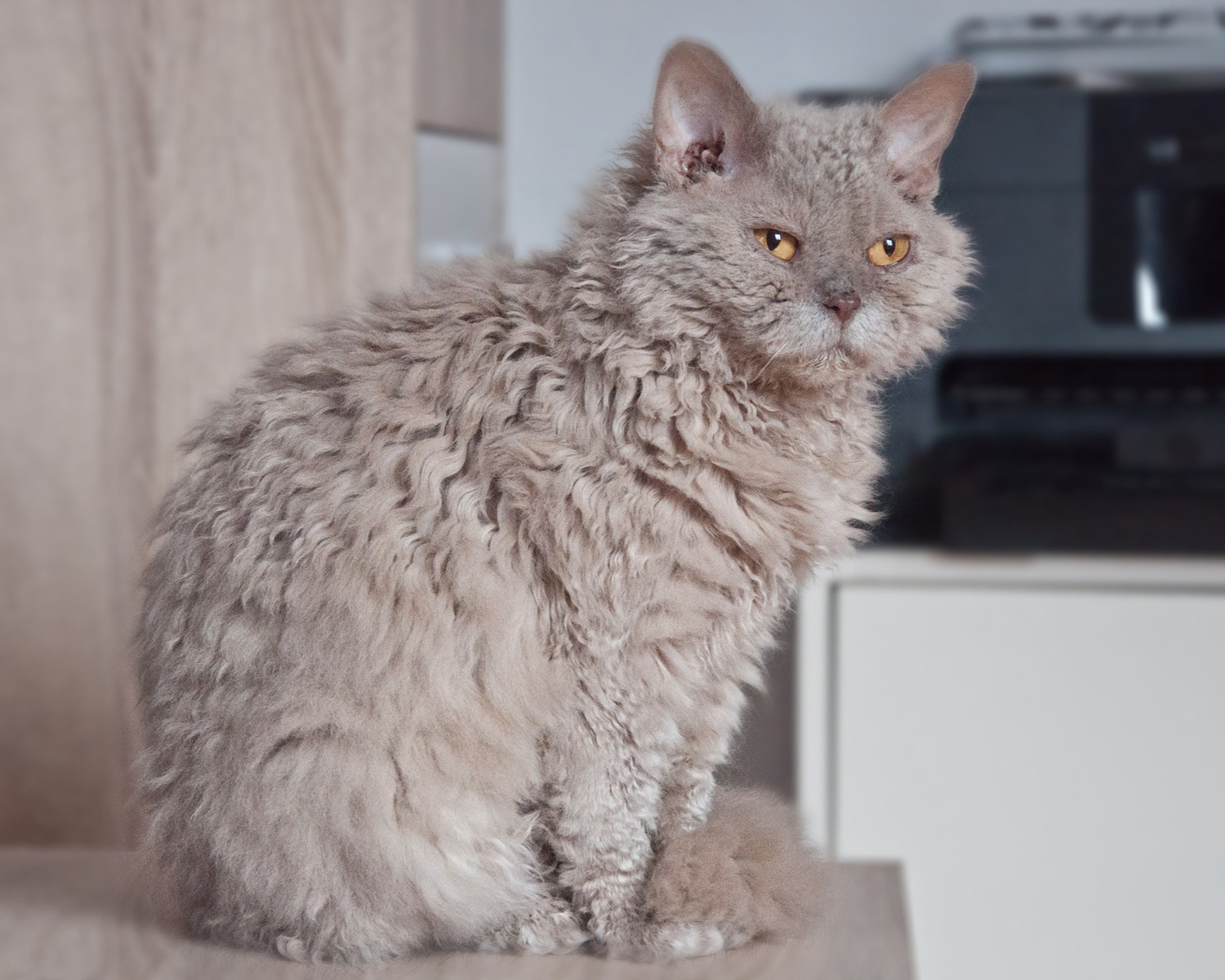 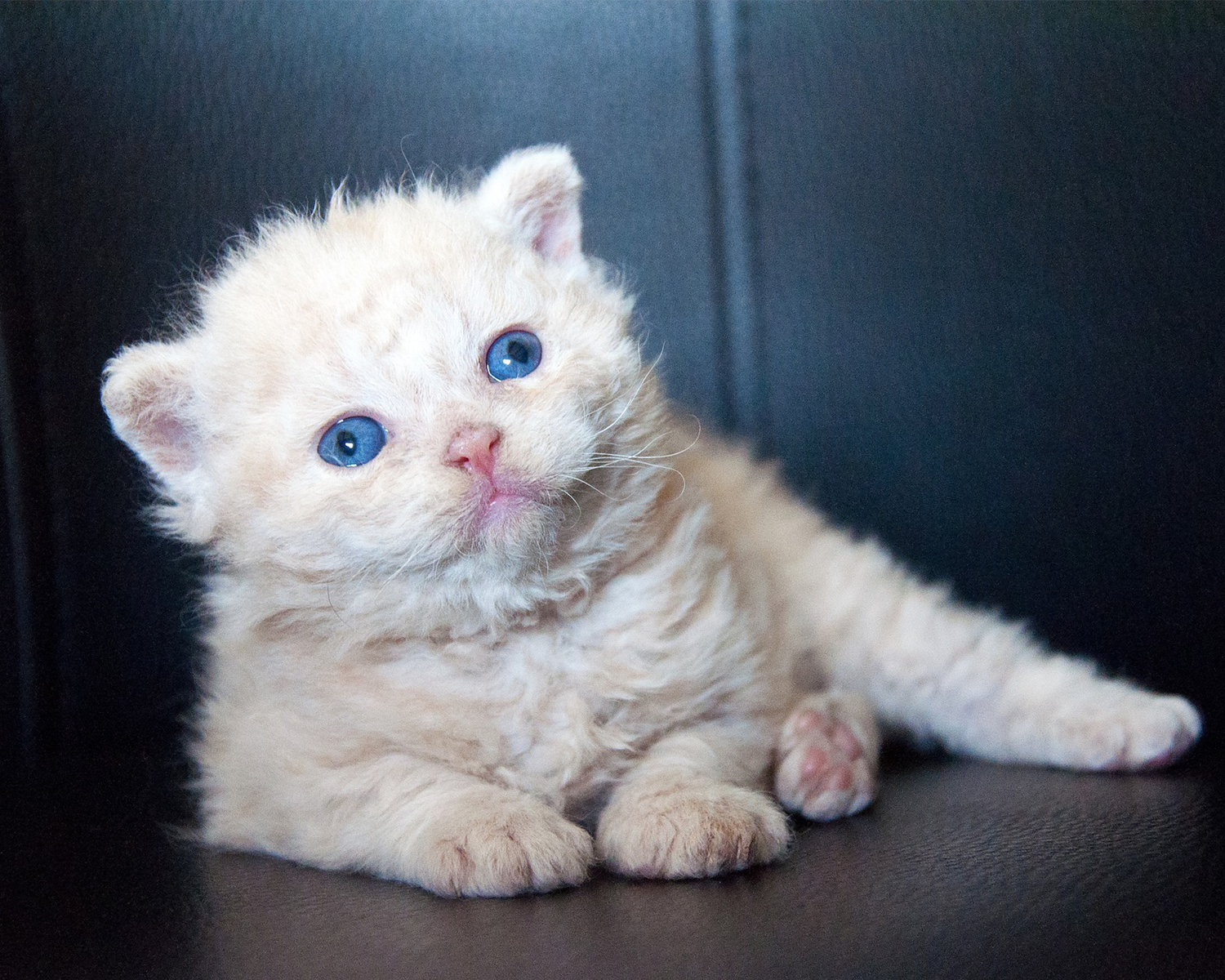 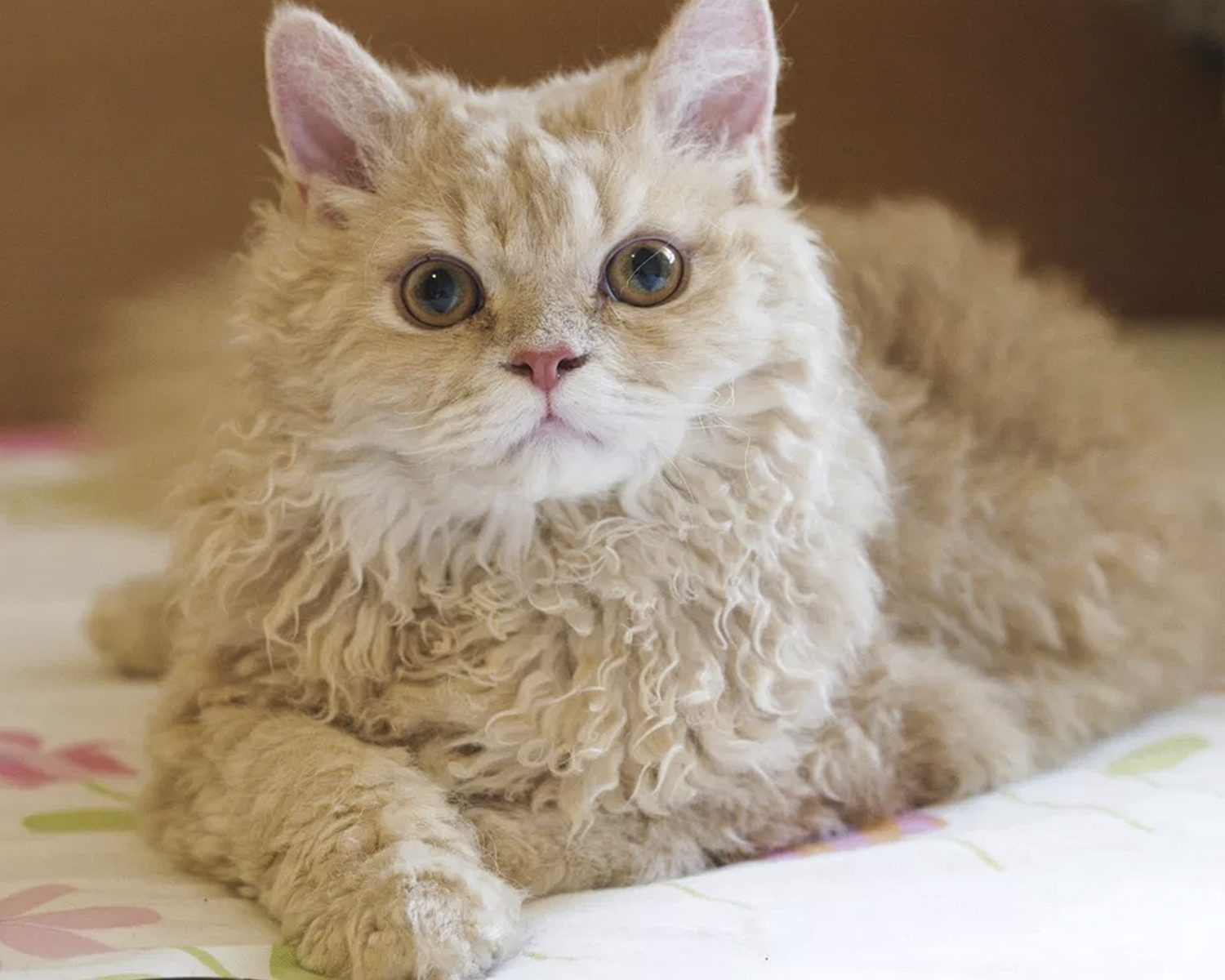 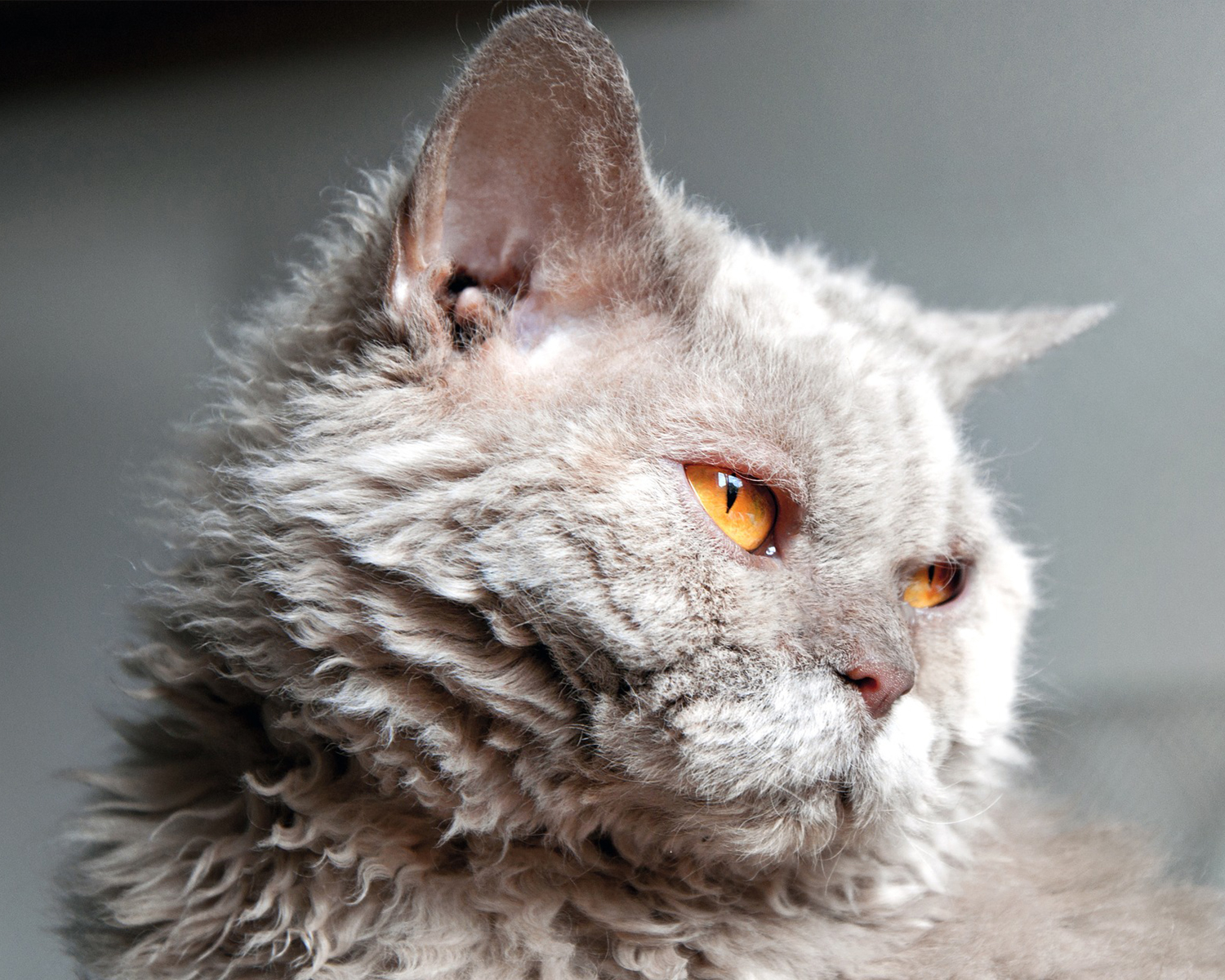 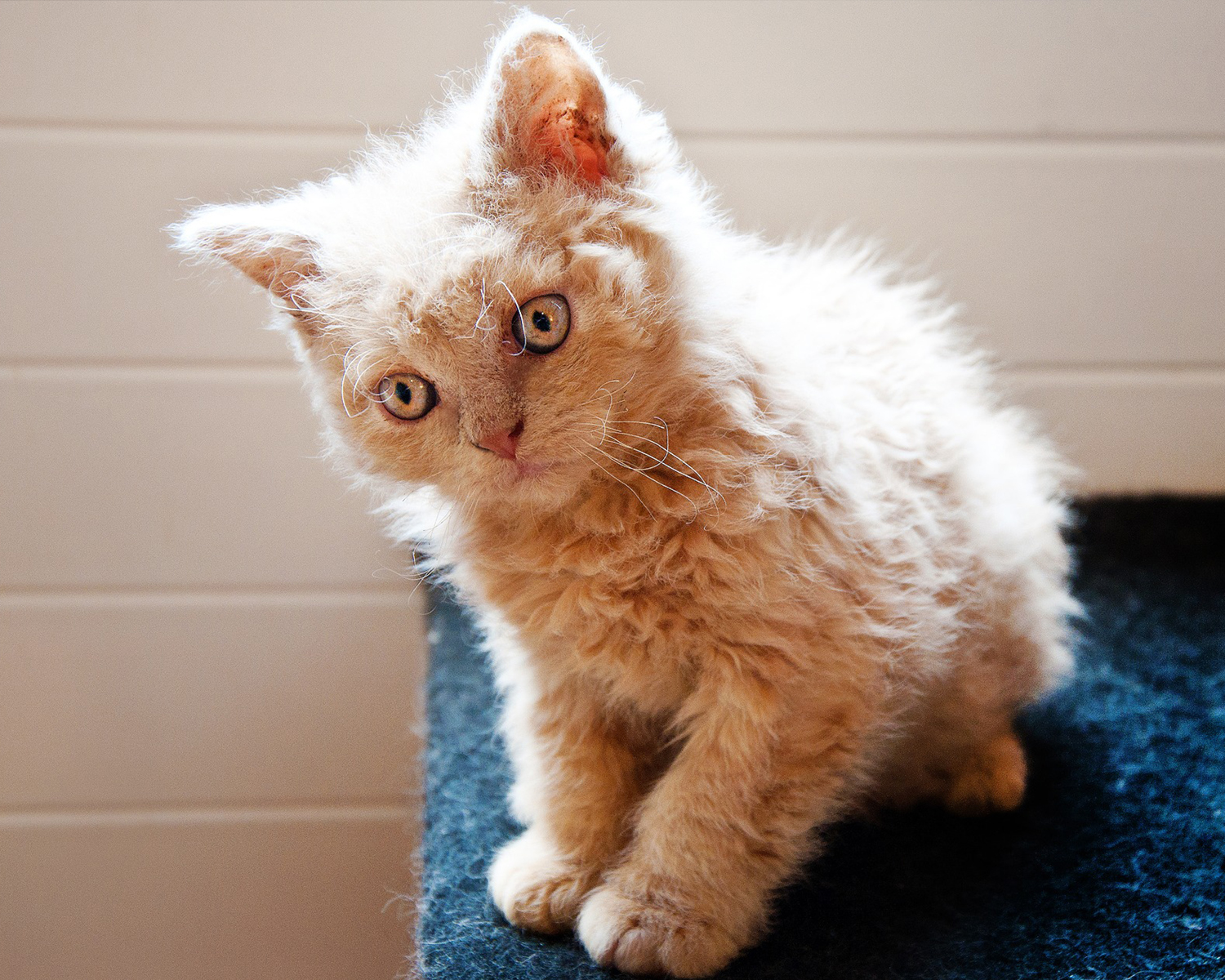