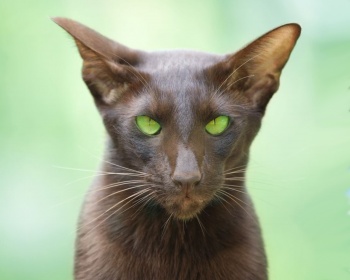 Siamese cats originally come from Thailand (more precisely, from ancient kingdom of Siam), and are even described in the “Book of Poems about cats. ” The oriental comes from them rather formally, indirectly. Although, on the other hand, the oriental cat retains almost all the features of regal Siamese ancestors and carries them genes.

Oriental breed refers to artificially bred, and, even, can say experimental breeds. The Second World War, which played a huge role not only in people’s lives, but also in life cats, very crippled the Siamese cats population in Britain. In order to restore the population, as well as obtain new patterns and color options, after the war, many breeders decided to fix the situation.

Breeding programs in Britain included crossbreeding with Russian blue breed, British Shorthair and Abyssinians, which gave a wide variety of new shades of wool and new drawings. As a result, after relatively a short time the Oriental breed was bred with its color features, but retaining almost all the characteristic traits of Siamese cats. This applies not only to the structure of the body, but also internal qualities.

Moreover, at first the breeders of the Siamese breed even organized something like an opposition, not wanting to recognize the orientals (eastern shorthair), however, over time, the situation was discharged. In 1972 CFA adopted an oriental shorthair for registration, and in 1977 she received full status championship.

But, this is not all, since besides short-haired, there is also long-haired orientals. They came from the crossing of the eastern Shorthair and Balinese cats. The breed received an official recognition in 1985 when TICA registered them in the championship. They were accepted for registration with the CFA in February 1988. After 7 years, in 1995, and the first and second were combined into one breed, calling her oriental, or oriental cat.

Oriental breed leads its pedigree from the very ancient ancestors – Siamese cats, although it is the result of artificial breeding. This has its pros and cons, since the tendency to “Family” diseases and the difficult nature of oriental cats not suitable for everyone.

If for you the above nuances are not a problem and you ready to live with them, these pets will bring a lot to your life bright colors. Their inquiring mind, activity, love towards owners and playfulness will not let you get bored. Orientals are very smart they give the impression of a living being who understands if not everything, then – almost everything that happens and is said around.

They have a lean body, disproportionately long, large ears and big eyes. Despite their thinness, these cats do not look excessively slender, and with good nutrition and normal activities have a graceful but healthy muscular appearance. At this moment there are more than 300 colors of orientals. Life expectancy on average 13 years old.

Since this breed carries the vivid characteristic features of the Siamese cats, she is smart, playful, likes to attract herself attention and somewhat selfish. Which, however, is excusable if take into account ancient history and royal origin. These cats are not they will hide their emotions, and will give a voice if they count necessary.

The flexible and quick-witted oriental mind comes to the rescue when you need to open the doors, climb into the closet or delve into your bag. Their curiosity flows into playfulness, and playfulness into curiosity, and these two qualities are directly related.

They may be offended if they feel negative about themselves. or lack of attention, imperious and demanding. On the other hand, it can more than pay off with the kindness and affection that they able to show in relation to their beloved people. These animals loyal, they can miss a loved one and family members.

The nature of oriental cats cannot be called simple, they are very playful, playful in adulthood and tolerant to children. Get along with other pets, but can be jealous them to their masters.

Both purebred and mixed individuals can have different health problems, including due to genetics. it applies to both long-haired and short-haired orientals. Them characterized by the same diseases as Siamese cats, in particulars:

The ears of these cats have an unusual shape, and are quite large, they tend to accumulate dirt. They need to be wiped a couple of times a week, you can do it with a cotton swab dipped in vinegar diluted in water. This must be done very carefully so as not to damage the inner surface of the ear.

Oriental cat is very demanding on the cleanliness of its tray, and therefore, it must be kept in maximum purity. Pruning claws are made once a week, eye cleansing – if necessary, usually every day. Also, do not forget to brush your teeth at least 2-3 times a week.

Interesting facts 1. Oriental cats require great attention and will meow loudly if they don’t get it. Them need frequent communication with people, including a lot of playing time. 2. Orientals may cause inconvenience to cats less active. rocks, so they should be combined with other orientations or rocks that are known to have great energy for games and activities. 3. Originating in the 1950s, the oriental was selectively bred from Siamese. The breed has two varieties of wool, Shorthair and Longhair, both of which may appear in litter. The long-haired breed actually has a medium length wool and is considered rare.

Did you know? Oriental is one of the breeds. cats to just look after. 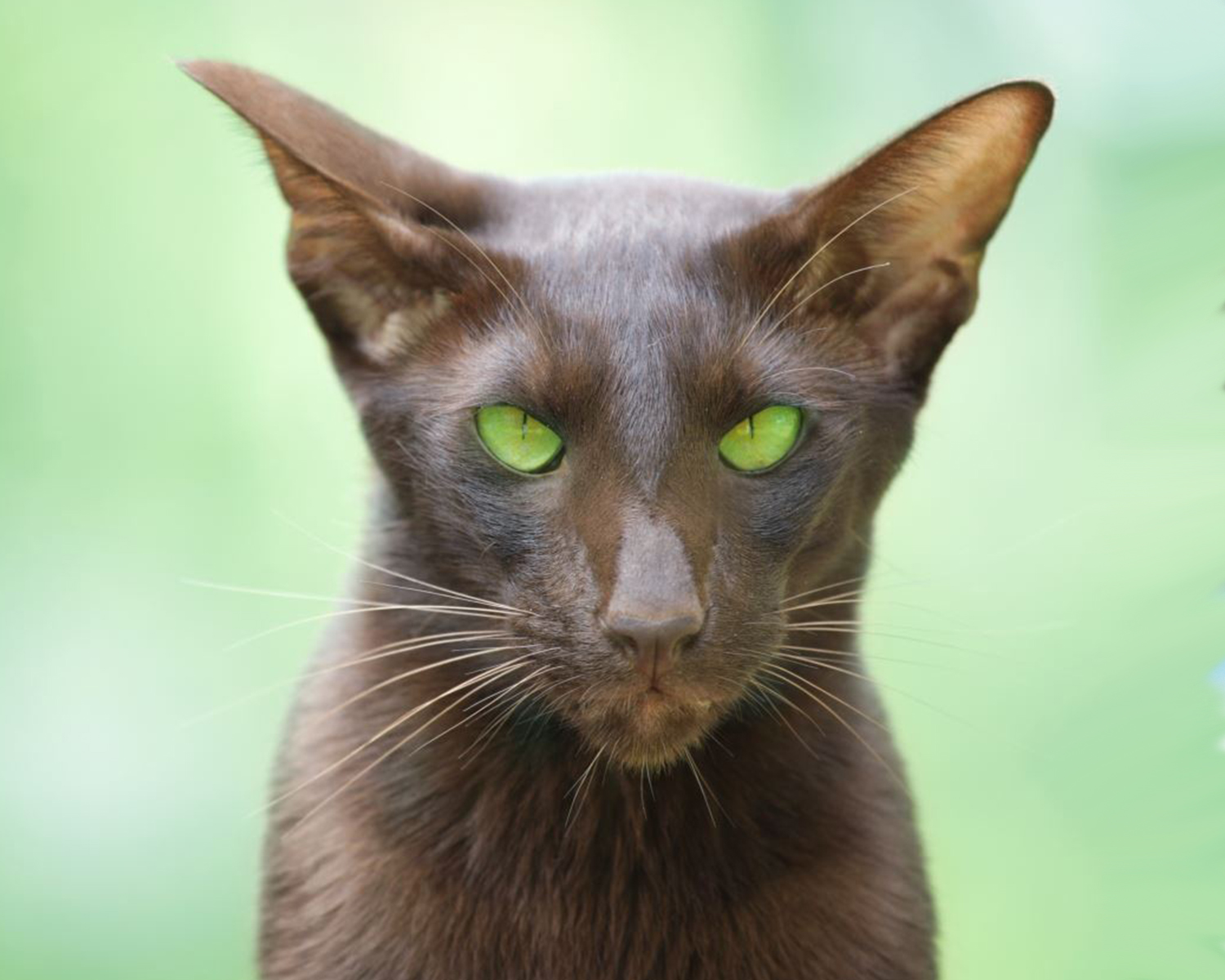 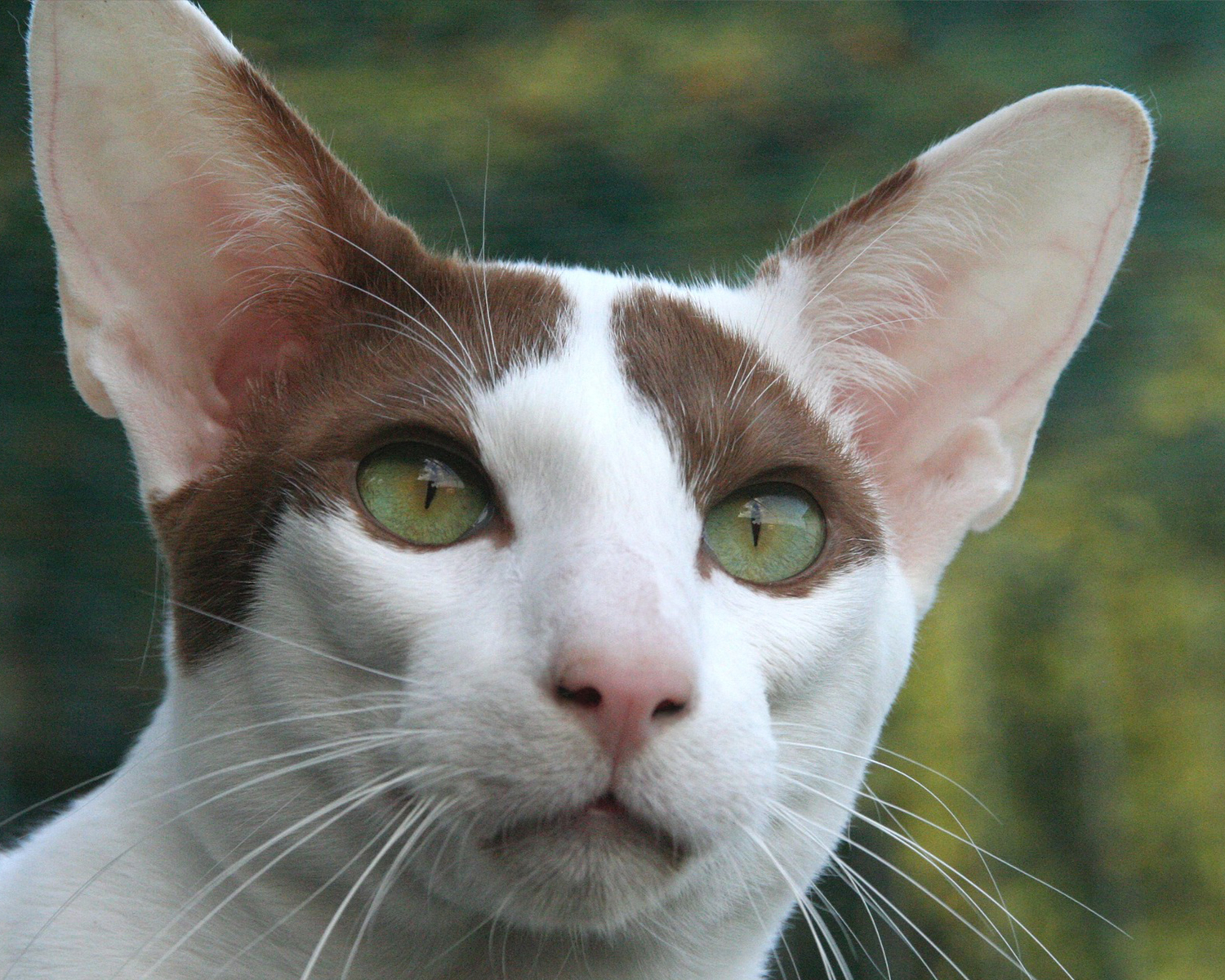 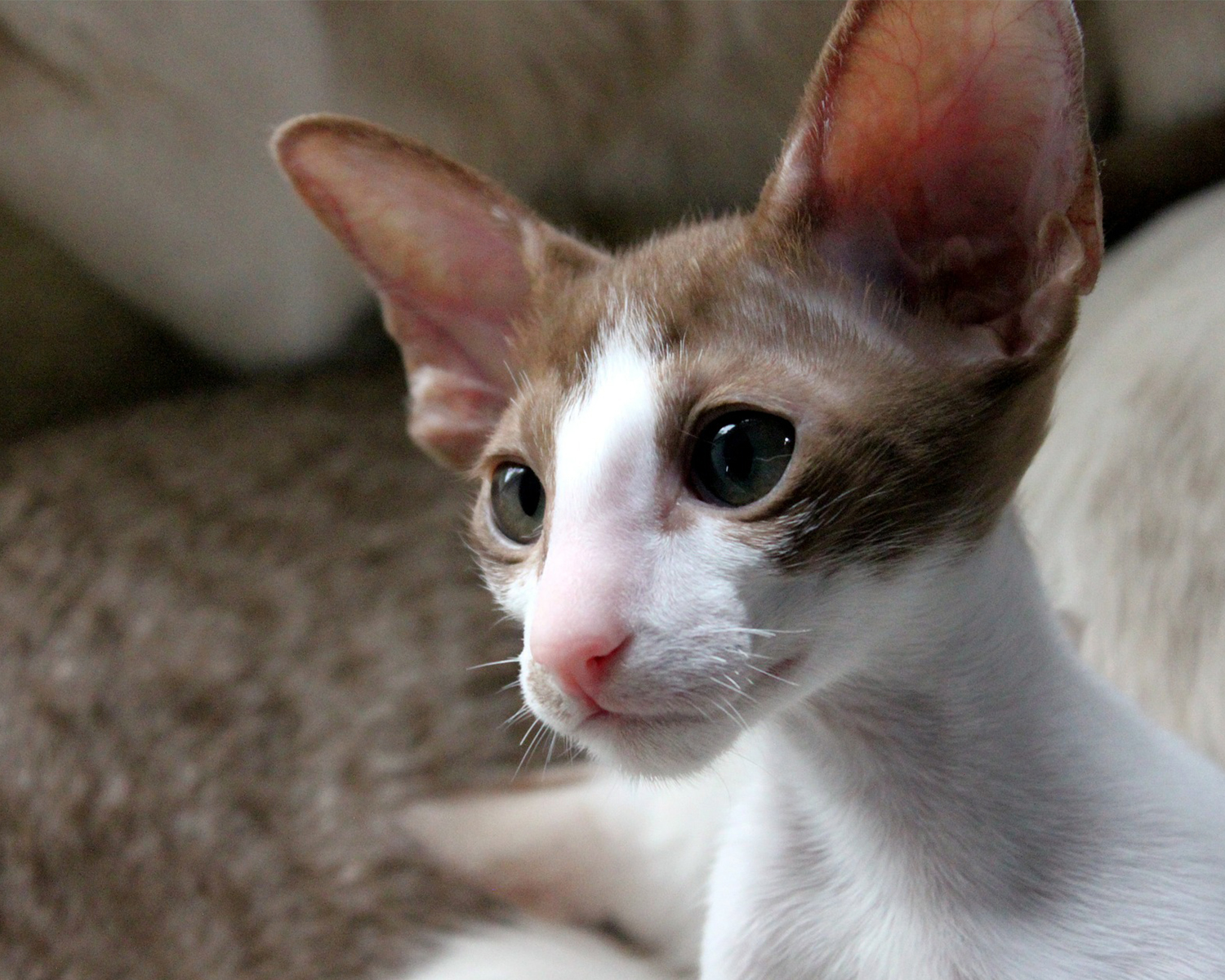 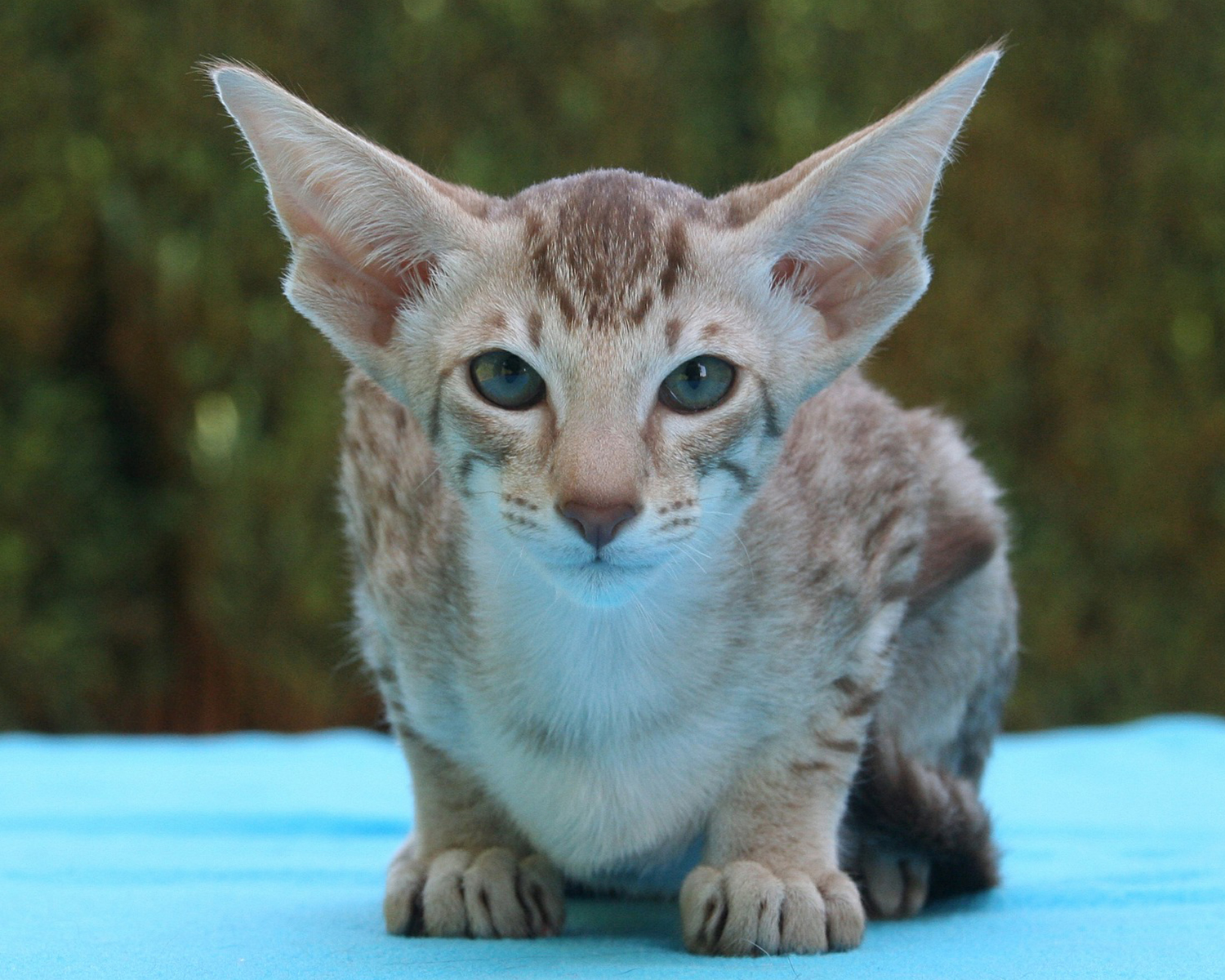 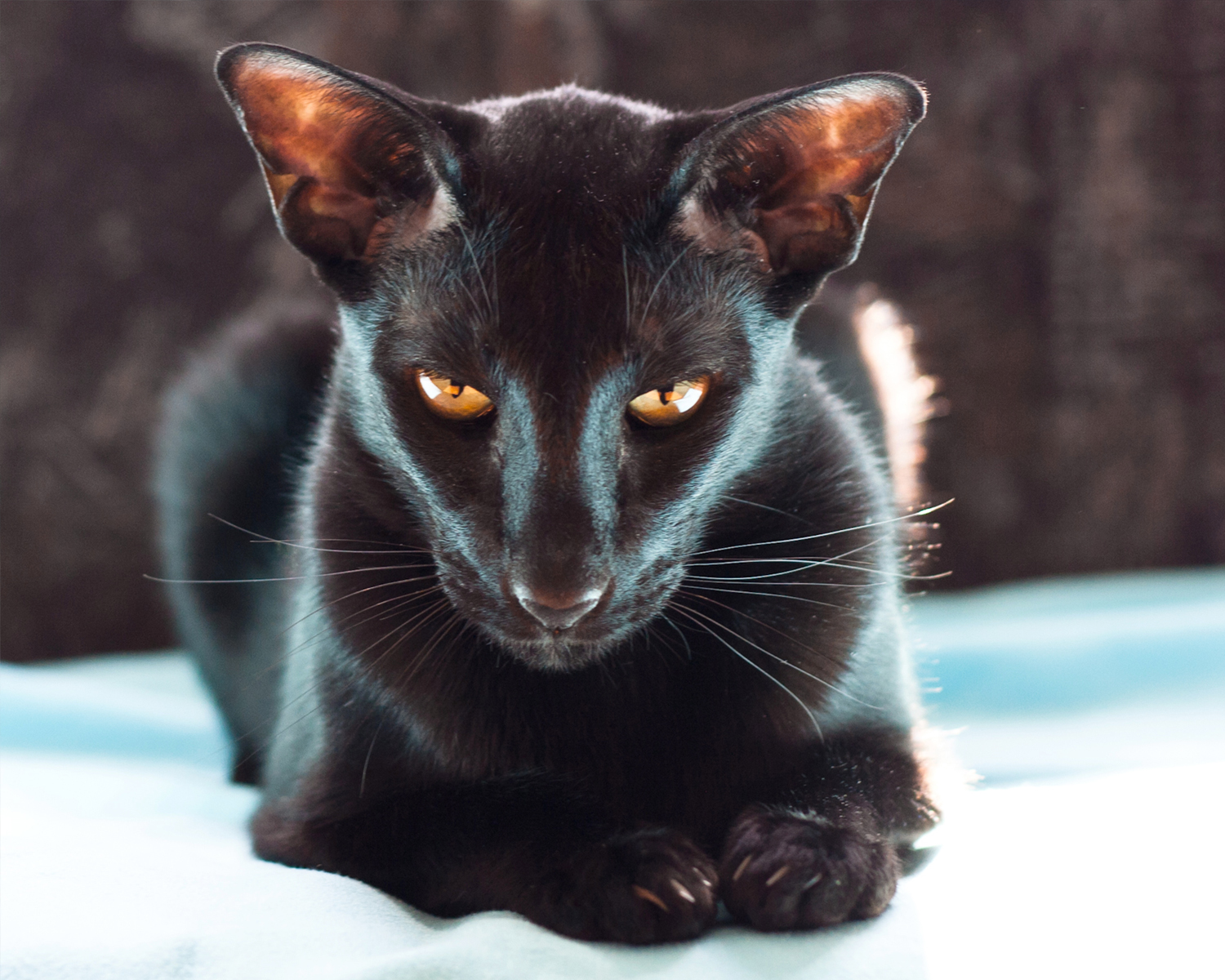 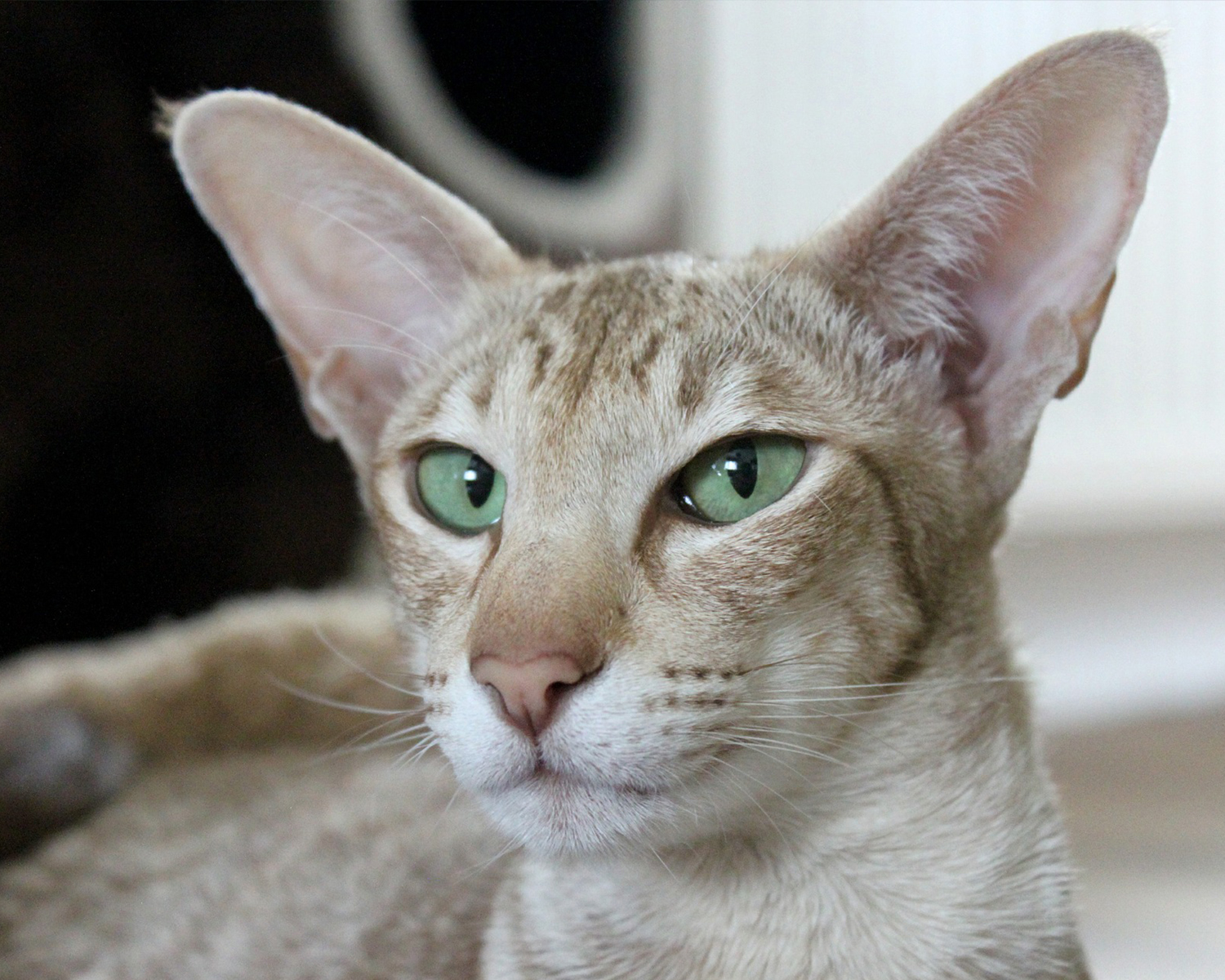