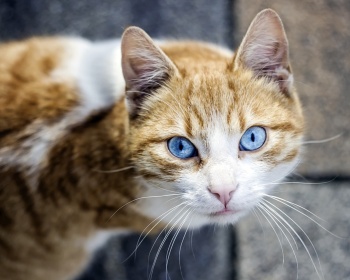 Ochos azules cat breed appeared naturally among wild cats in new mexico. We can say that this is the result free crossing, which gave rise to distinctive features. Until today, the Ojos Azules breed is rare. Now none of the experts can say for sure when exactly did this breed appear, however, today it is rapidly gaining popularity in America and even Europe.

The main characteristic is the deep blue color of the eyes. In fact, in Spanish, the name of the breed translated – blue eyes. The first individual was discovered in 1984 year, it was called Cornflower, which means, if translated literally – a flower of corn. It should be noted that the color of the eyes of such cats different from other blue-eyed breeds, as it has a darker and deep shade. In addition, the gene responsible for this eye color, not associated with any coat color – the first okhos cat found Azules was tortoiseshell.

The breed with short and long hair was accepted for registration TICA in 1991. In 1992, the whole world knew only ten of these cats. And here are the official standards for the Ojos breed group Azules were approved by TICA on January 5, 2004. Recent studies have shown that the blue-eye gene in ochos azules can cause some cranial defects and the breeding program was temporarily suspended.

A very rare breed that is difficult to find even in your homeland – in the state of New Mexico, in Ukraine does not occur. However, with due perseverance and financial costs, such a cat can become a real decoration of your home. Their awesome dark blue eyes have a certain hypnotic charm, and gentle nature and intellect make ojos azules great companions.

These are cats of medium and large sizes, a tail of medium length and proportional to the size of the body, legs of medium length, the whole physique muscular and strong. Round forehead, triangular muzzle, eyes large, expressive, dark blue. Average life expectancy is not exactly established, but tentatively is 10-12 years old.

In fact, details about the identity of these cats are known. few, since in the world there are only a couple of dozen. Cats Ochos azules rocks are gentle and gentle, and very focused on the person. They are attached to each member. family building relationships. They are quite active, love various games, and also like to spend time outdoors, although can be kept in a city apartment, subject to good care and walks. Their hunter instinct, borrowed from wild ancestors, requires the pursuit of prey or games that process pretend.

They like to climb trees, or just lie on the ground. Have developed intelligence, understand well what is required of them, but not always arrive at the request of the owner the first time – sometimes the cat needs self-affirmation. But it does not wear absolute character, and does not carry aggression. To children are normal, provided that the child knows how to behave with animals.

As mentioned above, recent studies have revealed dependence of the presence of skull defects on the blue eye gene (in this in a particular case, it is the Ochos azules species). Similar skull defects, in the first place, may include hydrocephalus. In other respects, no difficulties with health or genetic abnormalities in the breed are not identified. By the way white ochos azules are not prone to deafness like other white cats with blue eyes.

Ochos azules cats can have both long and short wool. The short one needs to be combed out once a week, and the long one – two times a week. Also, don’t forget to cut the claws once every 10 days, brush your ears once or twice a week, and remove deposits from eye as needed. 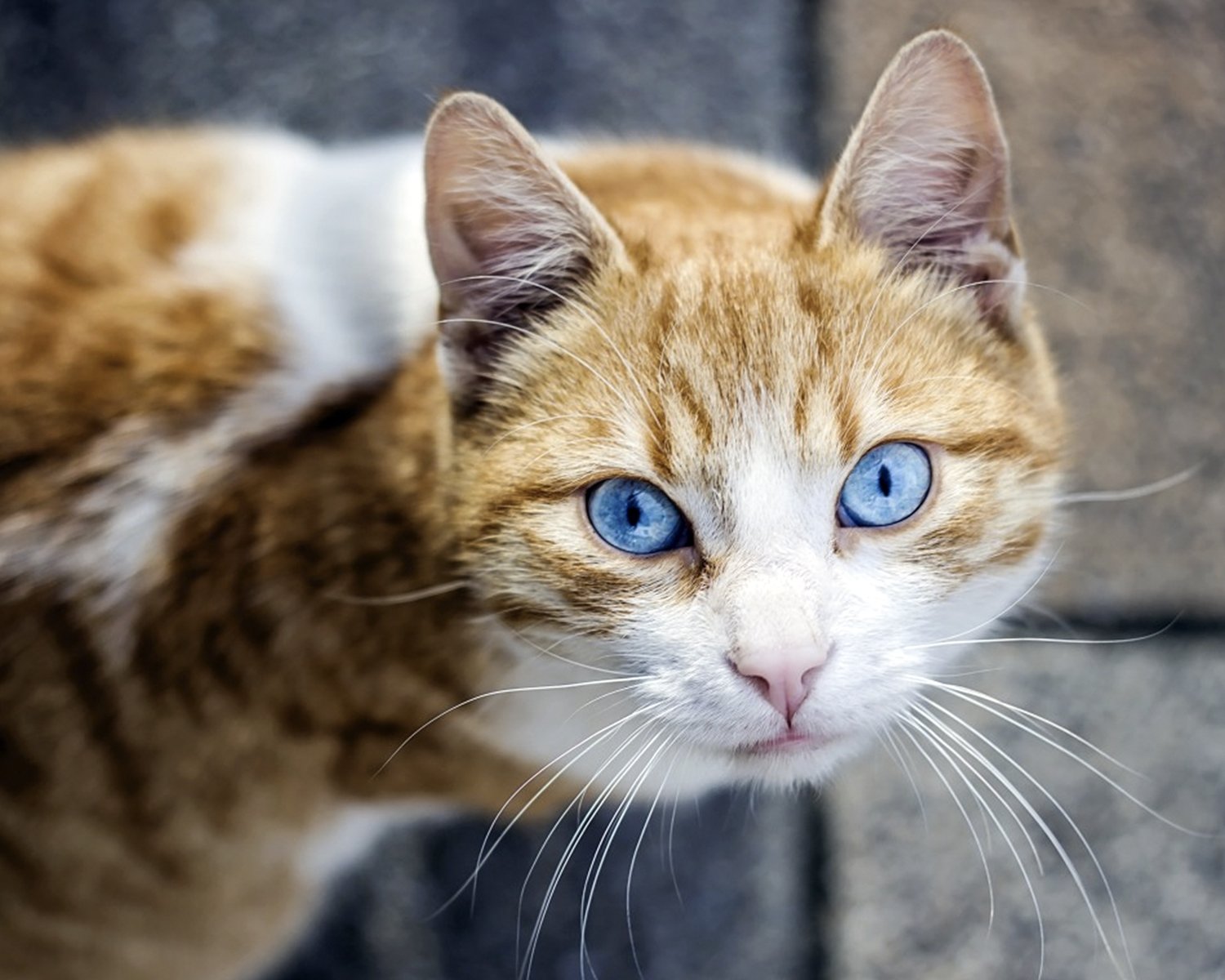 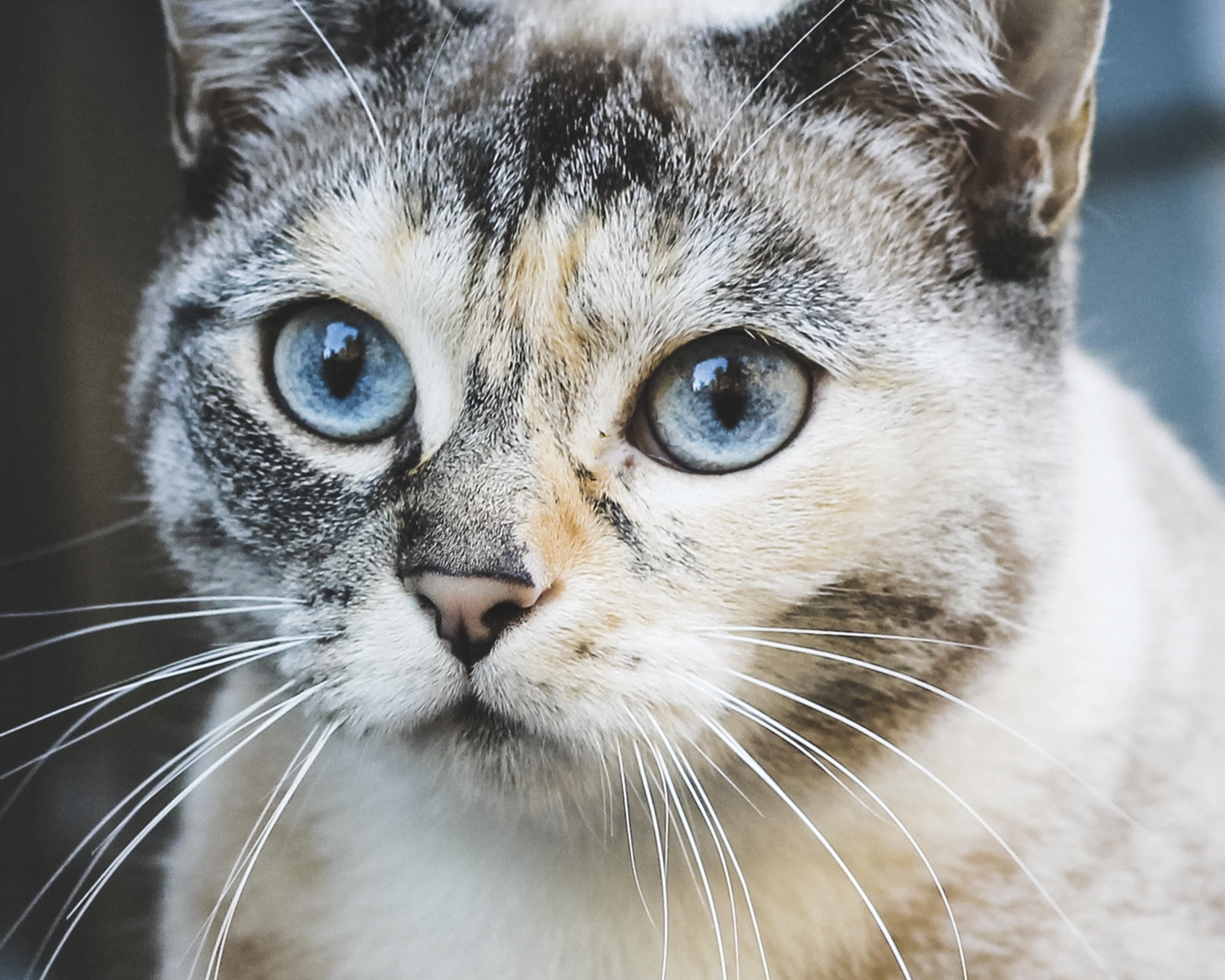