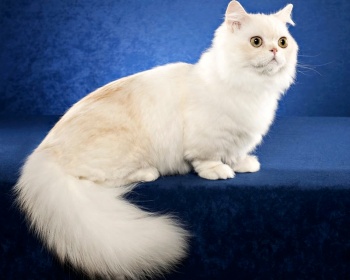 You will have a question: “Why was the breed of cats called Napoleon”? Everything is simple. Because it’s a direct analogy with Napoleon Bonaparte and his short stature. The idea to create these cats came to Joseph B. Smith, although before that he was engaged in breeding dogs of the breed basset hound as a professional breeder.

Frankly speaking, this man generally liked animals with short legs, such as dachshunds and bassets, as well as munchkins, if we talk about cats. And so, June 12, 1995 at the main The Wall Street Journal page Joseph sees Manchkin. It inspired him to create a new breed in which he wanted to see certain salient features. Moreover, this concerned not only appearance, but also character.

For the breeding program, Persian cats and munchkins, and the first cross took place in 1996. in 2001 he contacted TICA to obtain status experimental breed. By 2002, the breed was only allowed to registration, but Joseph left the program in 2008, and the baton picked up by other breeders.

Margery Gardner and Samuel Tate provided the necessary support, lobbying the promotion of the breed among the judges. A breeder Terry Harris introduced Napoleon to TICA in 2011, achieving status preliminary new breed. In January 2015, the board of directors TICA by a majority vote chose to change the breed name to Minuet.

The Napoleon cat breed is a very gentle and kind creature, who bring the warmth of their cat heart to any home. Regardless of whether you are a lonely master, or whether you have a large family, these pets will make your life more interesting and filled with affection and sincere love. They can chat with their masters using facial expressions and voices, considering yourself as a member of the family.

These are large cats, which is especially emphasized by a large number of wool. The legs are short, muscular, but this does not stop them from climbing during all possible places, jump and move pretty quickly around housework. By the way, unlike manchkin – that agility is noticeable less. The muzzle is round, wedge-shaped, ears of medium size. Life expectancy of 12 years or more.

The Napoleon cat breed has a very soft character, which makes it easy to get along with people of any age. He is literally captivates with its affectionate and kind nature, and makes you fall in love even those who don’t really like cats at all. They like to bring people are joyful, and possess inner warmth, capable of to feel a person’s condition. Napoleon cat doesn’t like to stay in private, especially for a long time.

She likes to be in human society or in society other pets with whom he finds a common language perfectly. The cat minuet does not need to dominate – it is very cordial and sincere cats, and they are interested in, so to speak, spiritual communication and harmony, with whoever they contact. Accordingly, they are practically completely devoid of aggression, and perceive children well, including number, thanks to internal patience and gentleness of character.

Napoleon cat has an inexhaustible supply of inner tenderness, loves hugs and affection of people. Intelligence is sufficiently developed that combined with innate curiosity, thanks to which animals constantly want to penetrate various nooks, climb under the bed, explore the bowels of your bag or just enthusiastically observe how you move the mouse cursor on the monitor screen.

They treat strangers normally, sometimes they may friendliness and location to a complete stranger to your houses. Apparently, at this moment the cat breed is guided by a minuet exclusively by internal sensations.

Due to the presence of Persian blood in the pedigree, the breed Napoleon has an increased incidence of:

These problems can be avoided if the breeder takes care of his cats, approaches business responsibly and constantly checks breeding stock.

Minuet cat is presented in two forms: short-haired and long-haired, so the level of care will be different. Generally, the cat needs to be combed out once or twice a week. Also not worth it forget to cut claws on average once every 10 days, clean your ears once or twice a week, and monitor the cleanliness of the eyes. Bathe these cats about once every 3 months or less. 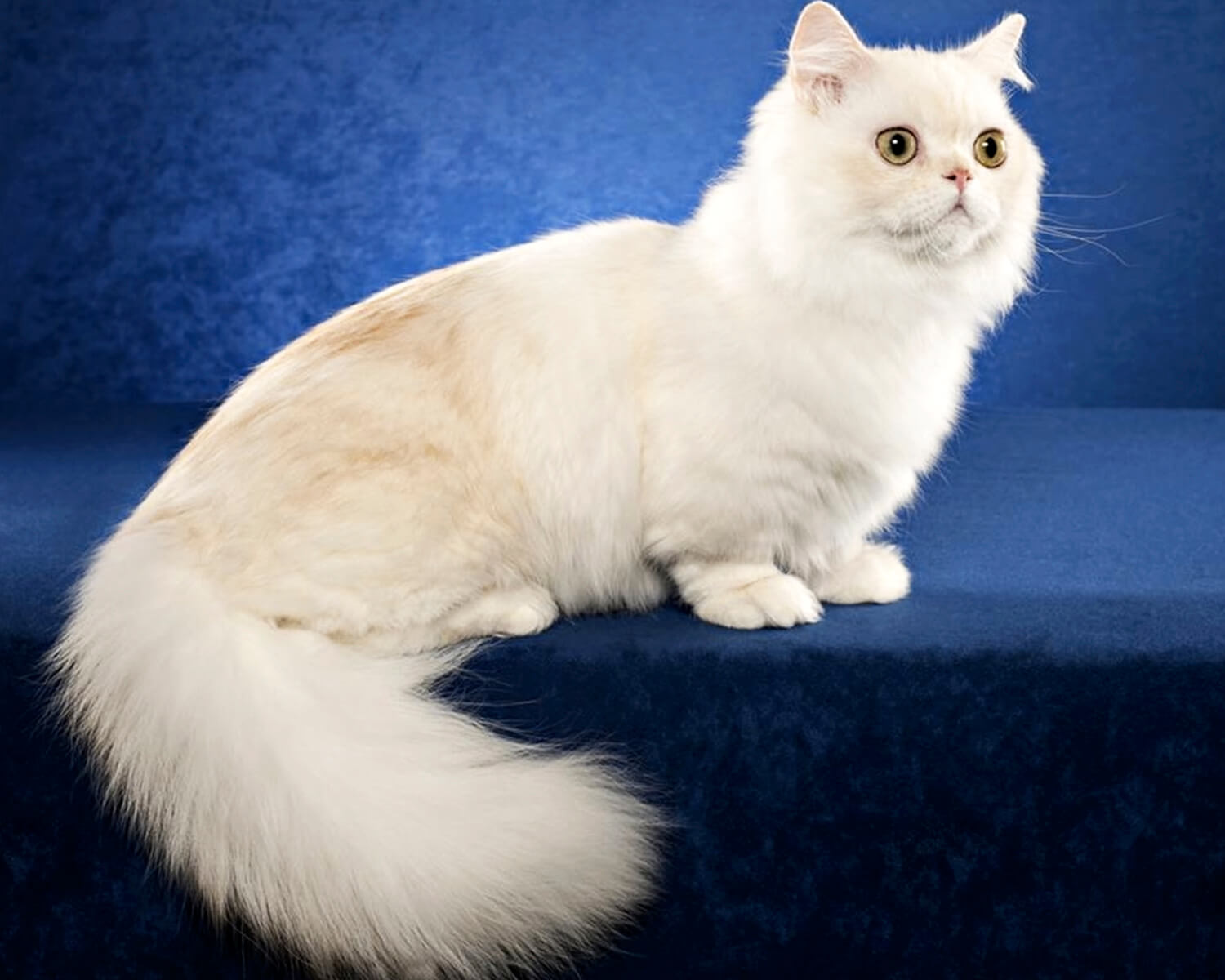 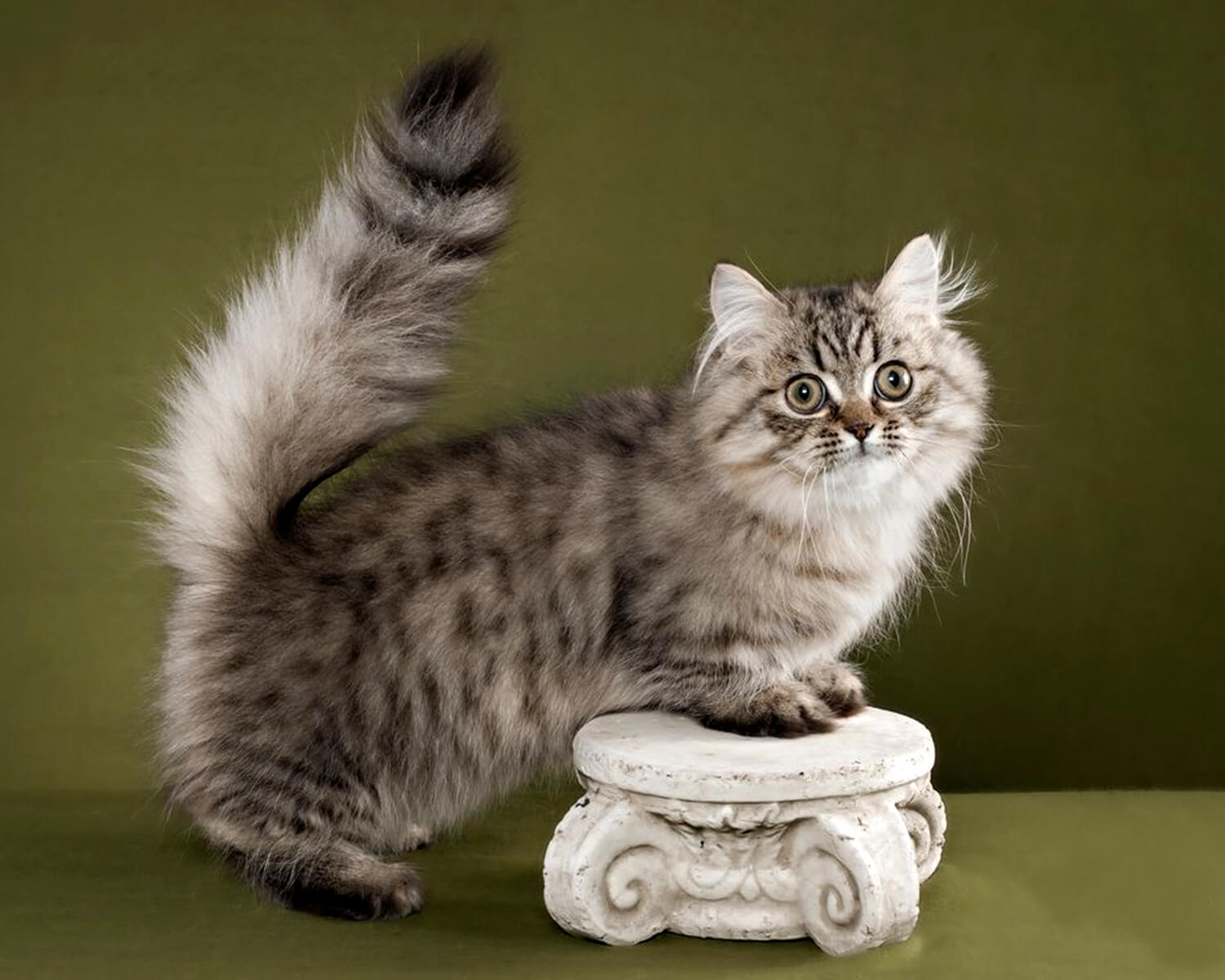