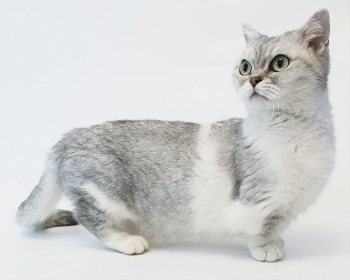 The story goes that the modern kitty Munchkin was discovered completely by accident in 1983. Sandra Hochendedel, music teacher from Louisiana, saved a supposedly homeless, definitely pregnant shorthair cat from the streets of Ravilla, Louisiana.

She named her Blackberry. This cat has appeared a kitten named Toulouse. Later his offspring led to the appearance of the breed Munchkin.

The breed was first shown at the 1991 cat show. Cat called a lot of controversy, and many critics suggested that he would have develop paw and back problems similar to those inherent some breeds of dachshund.

The breed was officially recognized by the International Cat Association in 2003, although some registries do not recognize it until then.

Munchkin is a relatively new breed, known for its very short legs.

Besides their distinctive legs, Munchkin is like any other. breed and can have long or short hair of almost any color.

The breed standard is not fully formed, but there are basic criteria:

Males of short-footed cats weigh from 3 to 5 kg, females from 2 to 4 kg

Despite their small stature, Munchkin is very playful, loves run, hunt, play with toys and at the same time easily trained. They are very sociable and loving cats, adore the company, in that the number of children, dogs and other pets.

They sit on their hind legs, like rabbits, to better make out and understand what caught their attention.

They cannot jump from the floor to the top of the bookcase, but they will demonstrate their intelligence, finding a path that allow them to get to the place they need.

Munchkins are usually healthy, but as a somewhat young breed, health problems may still occur. Amazing that u they did not show back problems, considering that this is a breed short-legged cats.

A fat cat is not a healthy cat, especially with a breed of this type. physique. Therefore, it is important not to overfeed and maintain nutritious diet for optimal condition.

Munchkin may have typical domestic cat problems with health, namely:

Interesting facts 1. The breed is named after the people Munchkin from the 1939 film “The Wizard of Oz” 2. Breed Munchkin is also called the taxis of the cat world because of their short paws.

Do you know? Munchkin loves to sit down on hind legs with a “column” to see something better. 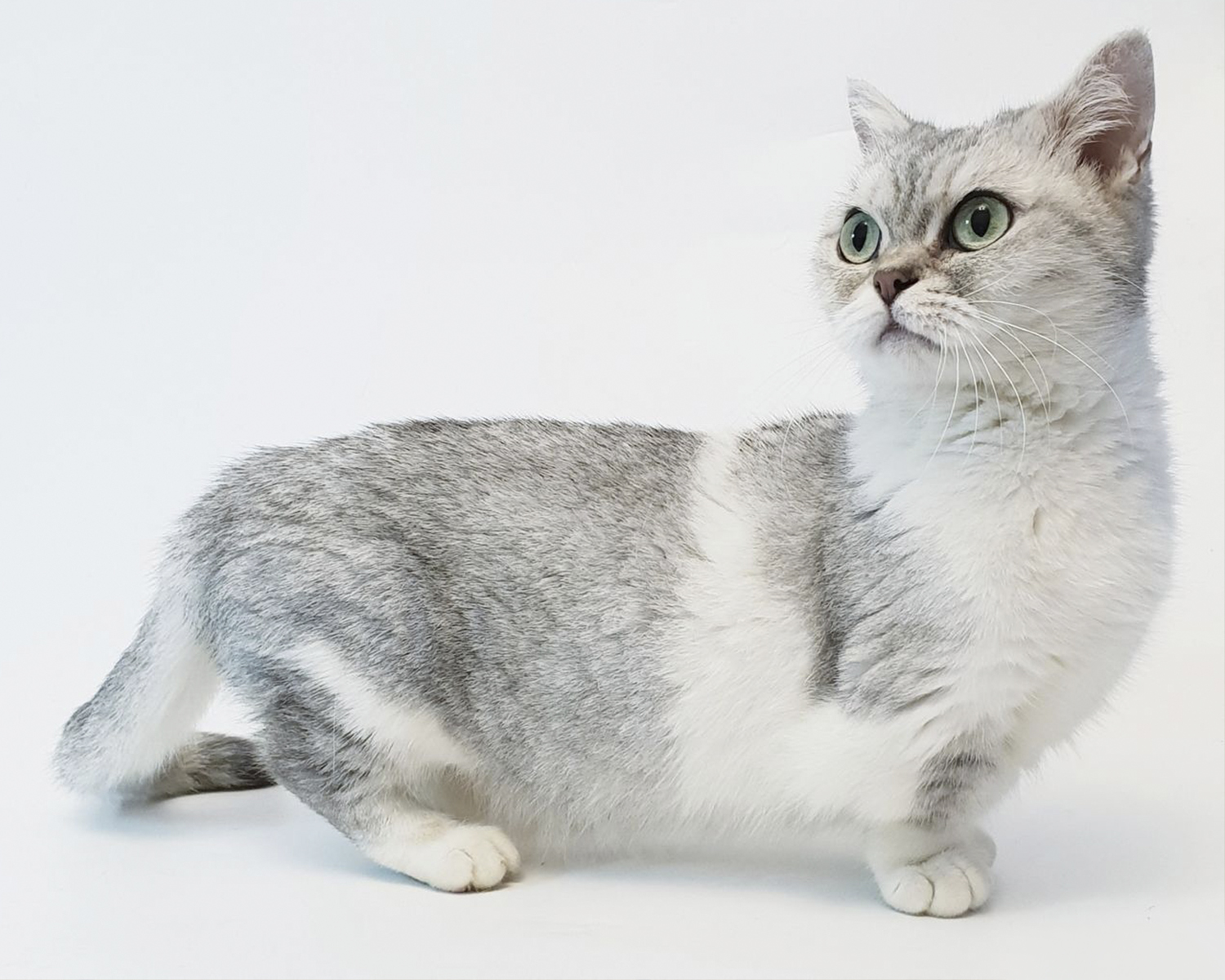 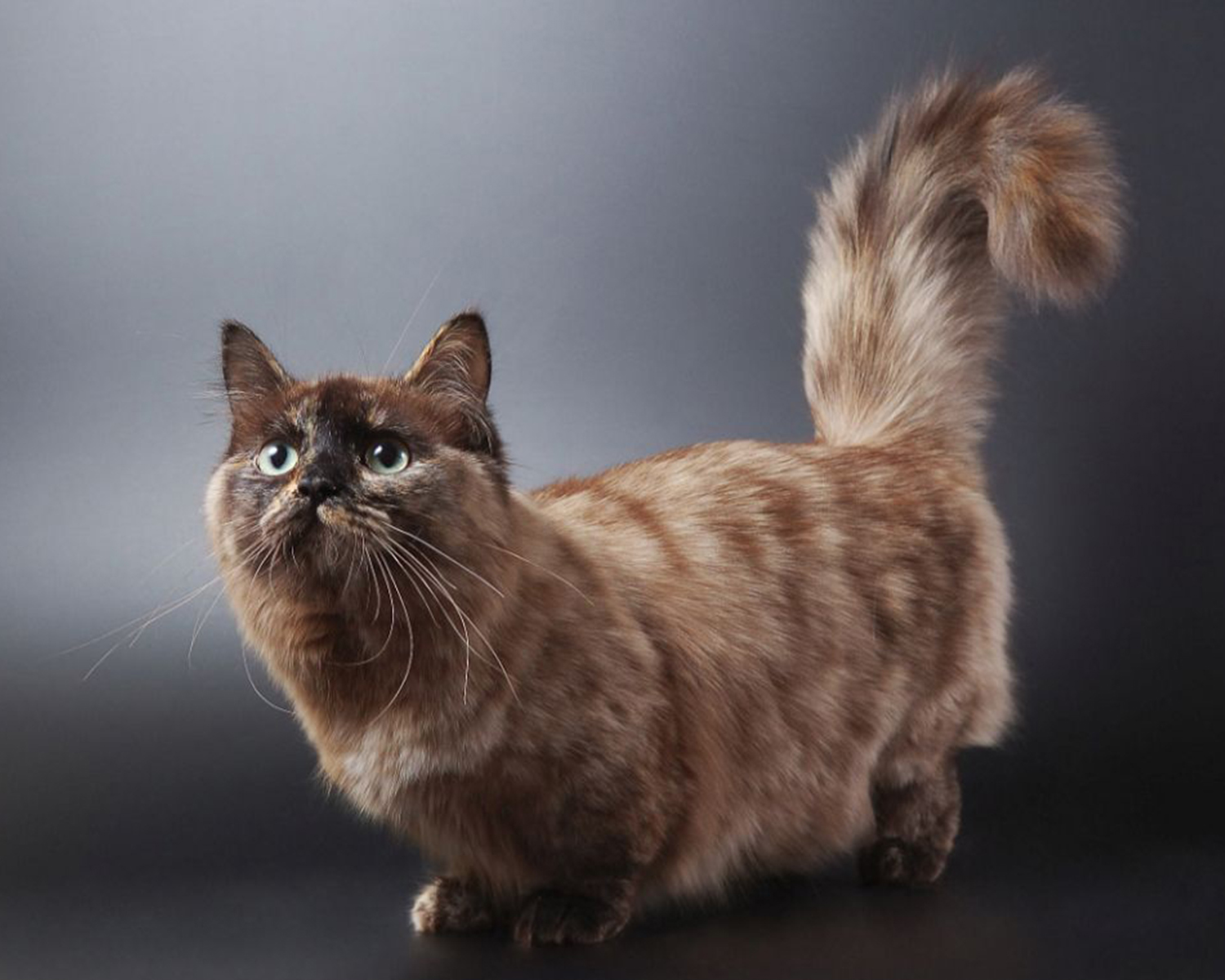 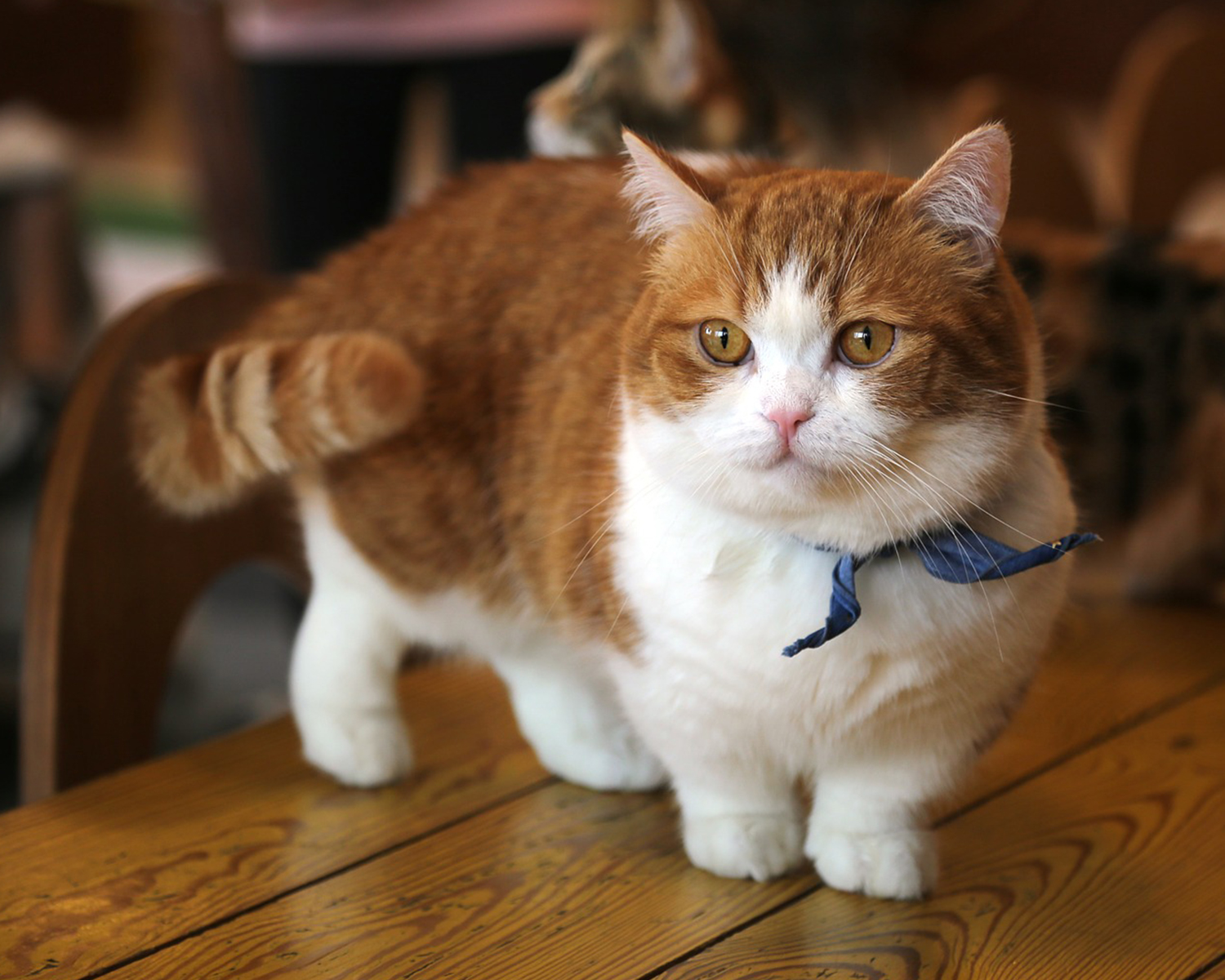 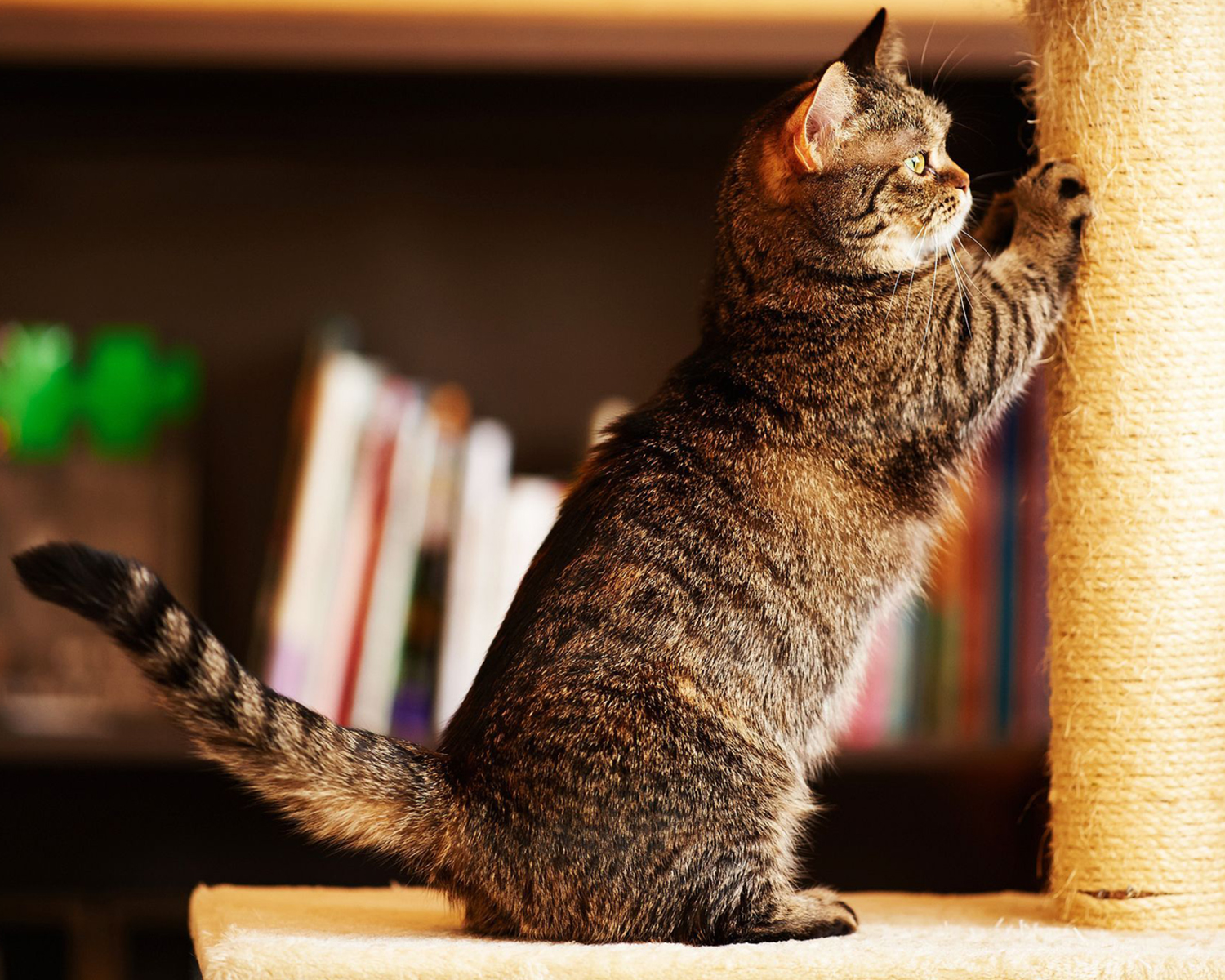 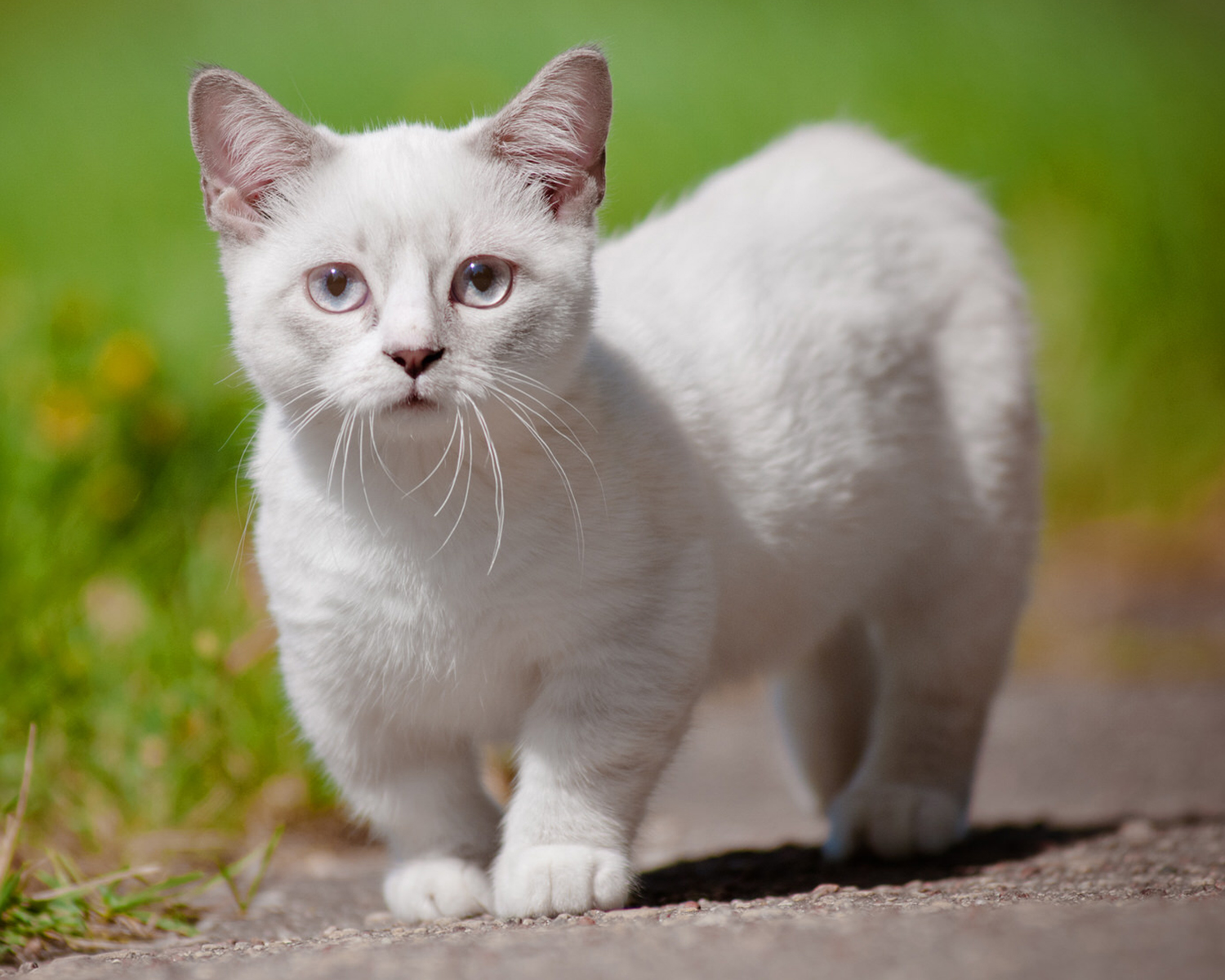 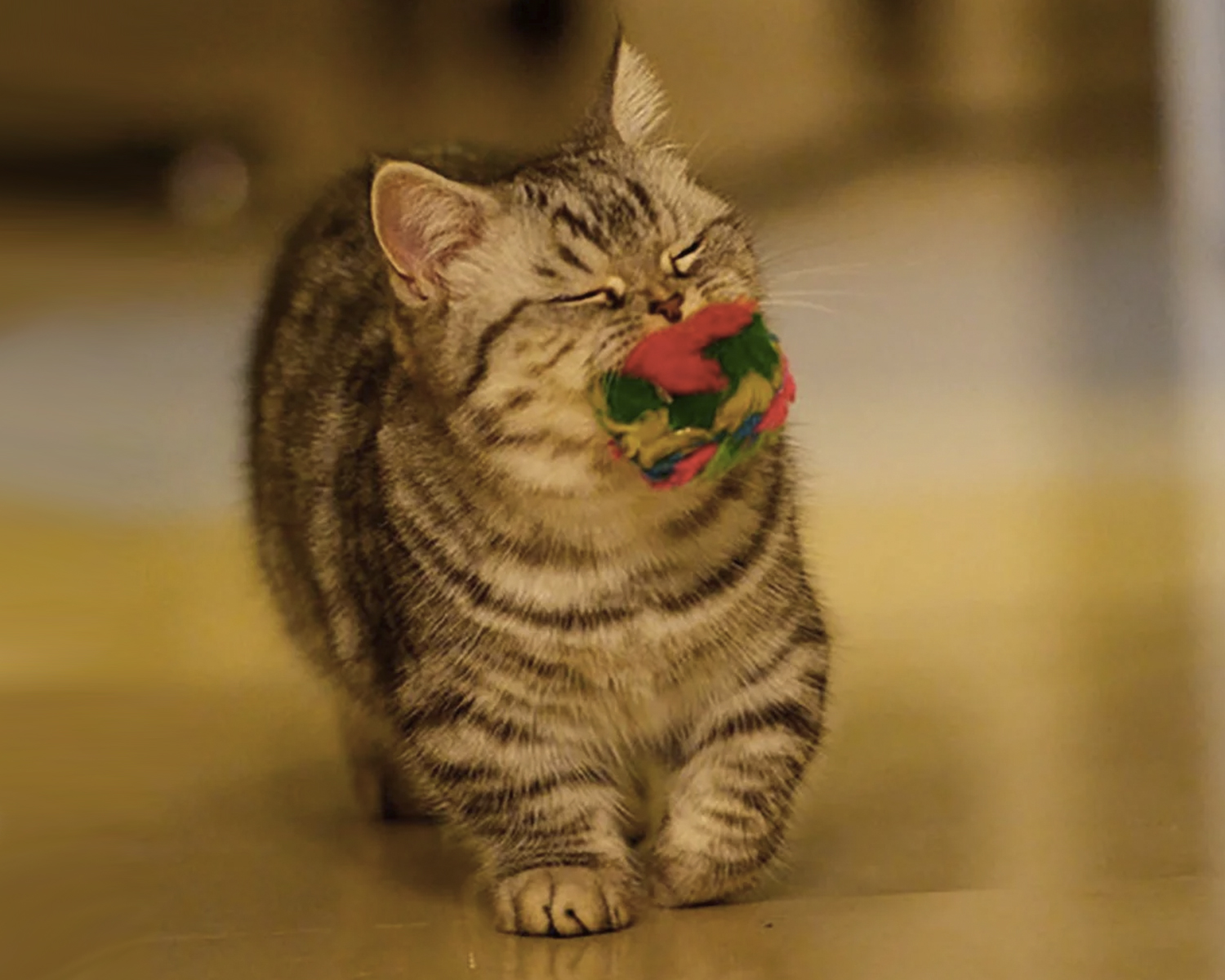