Microsporia in common people is called lichen and is called Microsporum pathogenic fungi, spores of which are extremely resistant to environmental influences. The fungus is inside the affected hairs of the animal’s hair, affecting the skin of the cat, wool, sometimes claws. In addition, such a disease is dangerous to humans and other animals (especially if the body weakened) in contact with a sick cat or objects in which it may be her coat and skin flakes with affected skin plots. The incubation period of the disease can be prolonged in cats long enough, but approximately equal to 3 to 6 weeks.

In cats, there are 4 forms of microsporia: 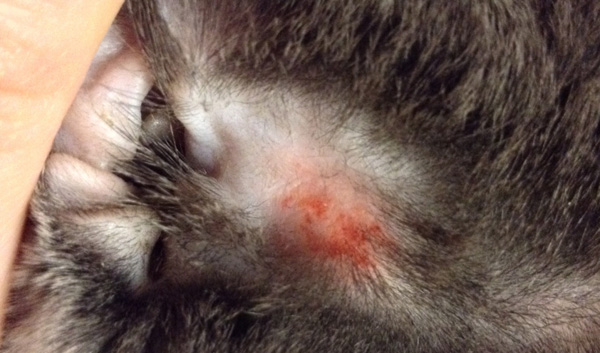 Symptoms of Microsporia in Cats

General symptoms, depending on the form of the ongoing disease, usually are as follows:

Diagnosis of the disease

Despite the presence or absence of disease symptoms in a cat, only a doctor can carry out the necessary procedures for diagnosis. One of the methods to confirm the presence of a harmful fungus – inspection of the animal in a darkened indoors with a Wood lamp. In case of illness, the cat’s hair Such a translucence will acquire a greenish tint. In addition, the doctor can take a sample of the animal’s hair and immerse it in alkaline medium for further examination under a microscope. Read also: diagnosis of an ear tick in cats require scraping from a patch of skin, presumably affected by microsporia for research and diagnosis. The owner of the animal should not independently diagnose the cat and prescribe treatment, since the symptoms of microsporia are similar to the symptoms other diseases (trichophytosis, allergies, dermatitis).

Treatment of microsporia in cats

Depending on the form of the disease and the severity of the animal’s condition, the doctor may prescribe various ointments (drops, sprays) for external use. With hidden and erased forms successfully antifungal shampoos are used. In especially difficult cases cats are prescribed antifungal drugs for internal use. Immunomodulators are also prescribed for a disease-weakened body. cats. The hair of the animal (where the foci of inflammation are located) on the moment of treatment should be cut off so that the spores of the fungus do not have opportunities for further distribution. Uttermost recovery of the animal occurs after 20-40 days of treatment and must be verified by veterinarian through research.