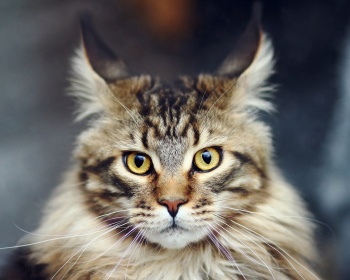 The Maine Coon breed is from Maine in the United States of America. It is believed that these cats were descendants of domestic shorthair cats that crossed with Scandinavian cats brought to North America by the Normans. So the Maine Coon breed can be associated with a norwegian forest cat.

The generic origin of the breed is unknown – there is only assumptions and legends.

The body is well developed, muscular and with strong legs for maintaining your own weight. Maine Coons are rectangular bodies and slowly develop physically. Their full potential size is usually reached in three to five years, while in others cats it takes about one year.

Maine Coon has the typically curious nature of a cat. is he sociable, but at the same time does not need attention, and if you want to spend time with him, he will only be glad.

Likes to have fun with puzzle toys, watching birds from the window and can learn to walk on a leash. Maine Coon is a great choice for those who travel often and want their A furry friend was always there.

Maine Coon can adapt to any type of home in any climate. He easily tolerates the cold and life on the street. Gets along well with dogs and cats of other breeds.

Maine Coon’s average life expectancy is between 9 and 15 years when properly cared for and fed good quality feed according to their age.

Maine Coon is known to be a healthy breed, but there are three hereditary health problems that seem to affect to breed, and which are worth knowing if you plan to get this cat:

Maine Coons have the perfect coat they need weekly cleaning to keep it in good condition and prevent the formation of any tangles.

Like other long-haired breeds, Maine Coon sheds heavily in spring and autumn, so more frequent cleaning will not hurt.

You should also regularly check and clean your ears so that you don’t treat for ear infections.

Particular attention should be paid to high-quality feed so that Meets all their nutritional needs.

Interesting facts 1. In 1993, with the image Maine Coon breed coin was issued in 1 crown on the Isle of Man (Great Britain) 2. Cats of this breed are very fond of water. They can play with her while sitting in front of a tap with water or spray with your drinkers. 3. Maine Coon has a wonderful memory that allows him to memorize a large number of words and intonations. 4. Maine Coon cat named Pebbles starred in Harry movie Potter as the cat of Argus Filch (Mrs. Norris). 5. According to Guinness World Records Cat Velvet, which formally is Maine half kun, turned 26 years old on August 1, 2015.

Did you know? Maine Coons very rarely meow. They usually make melodious trills or tweet in a high voice, surprisingly thin for such a big cat. 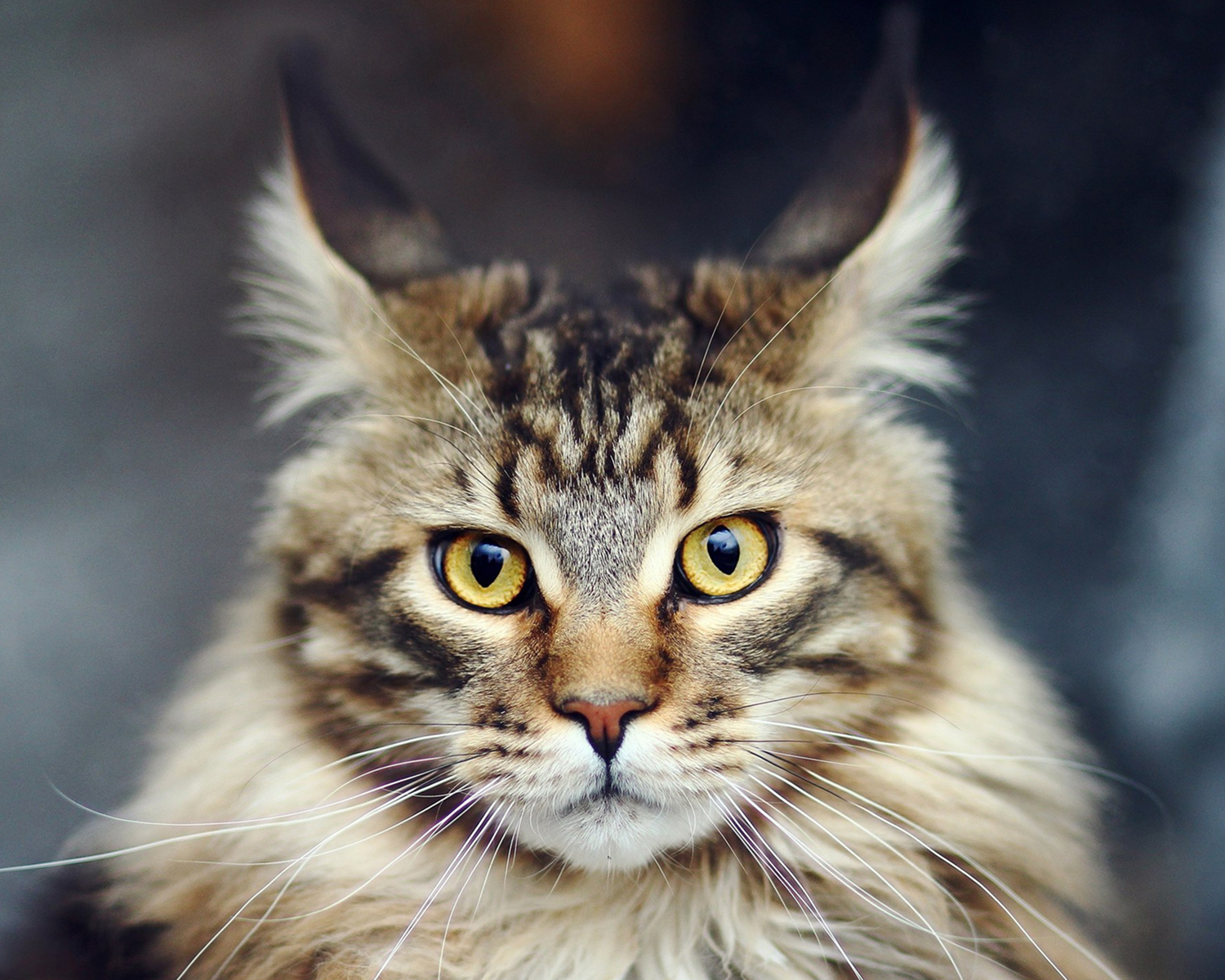 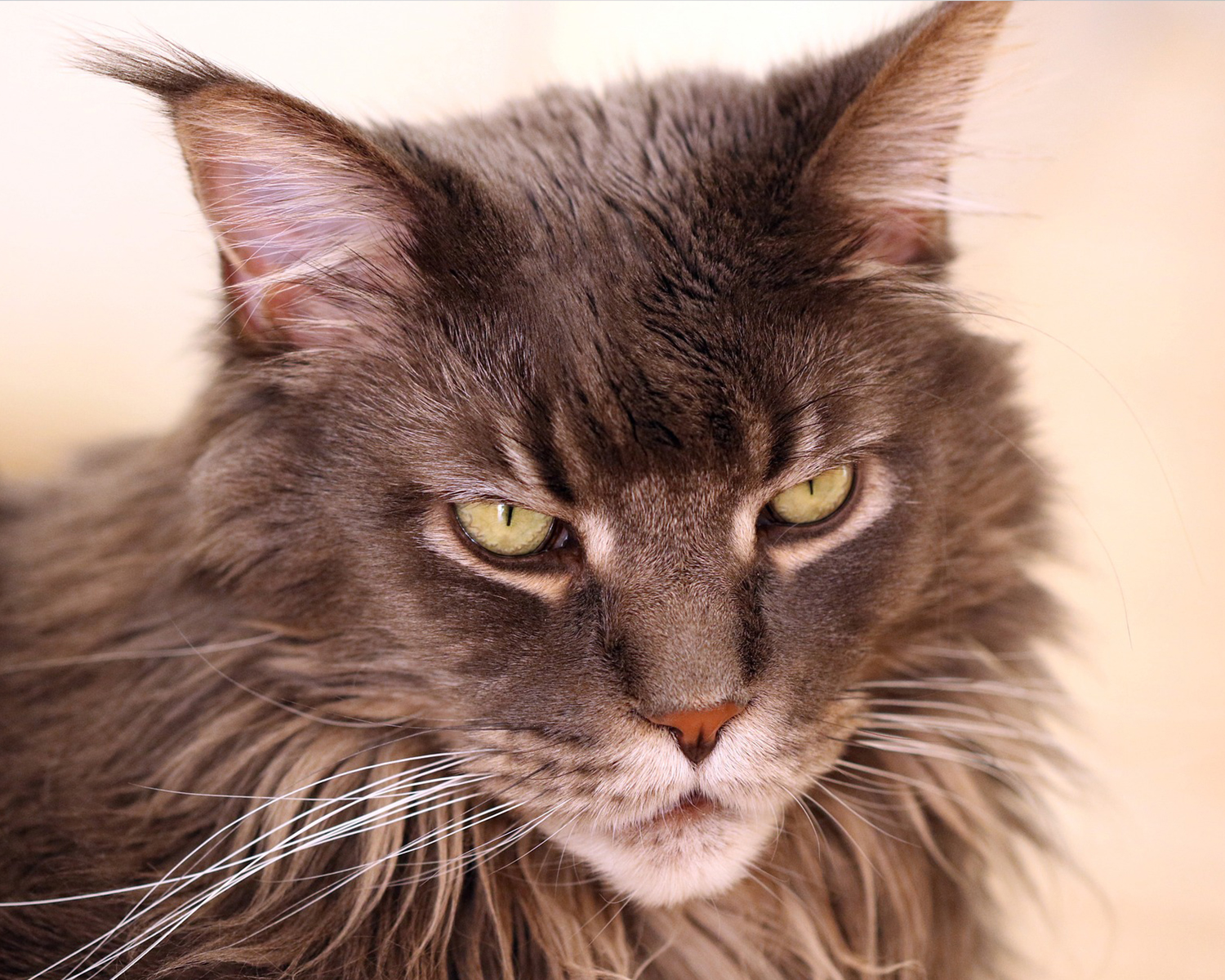 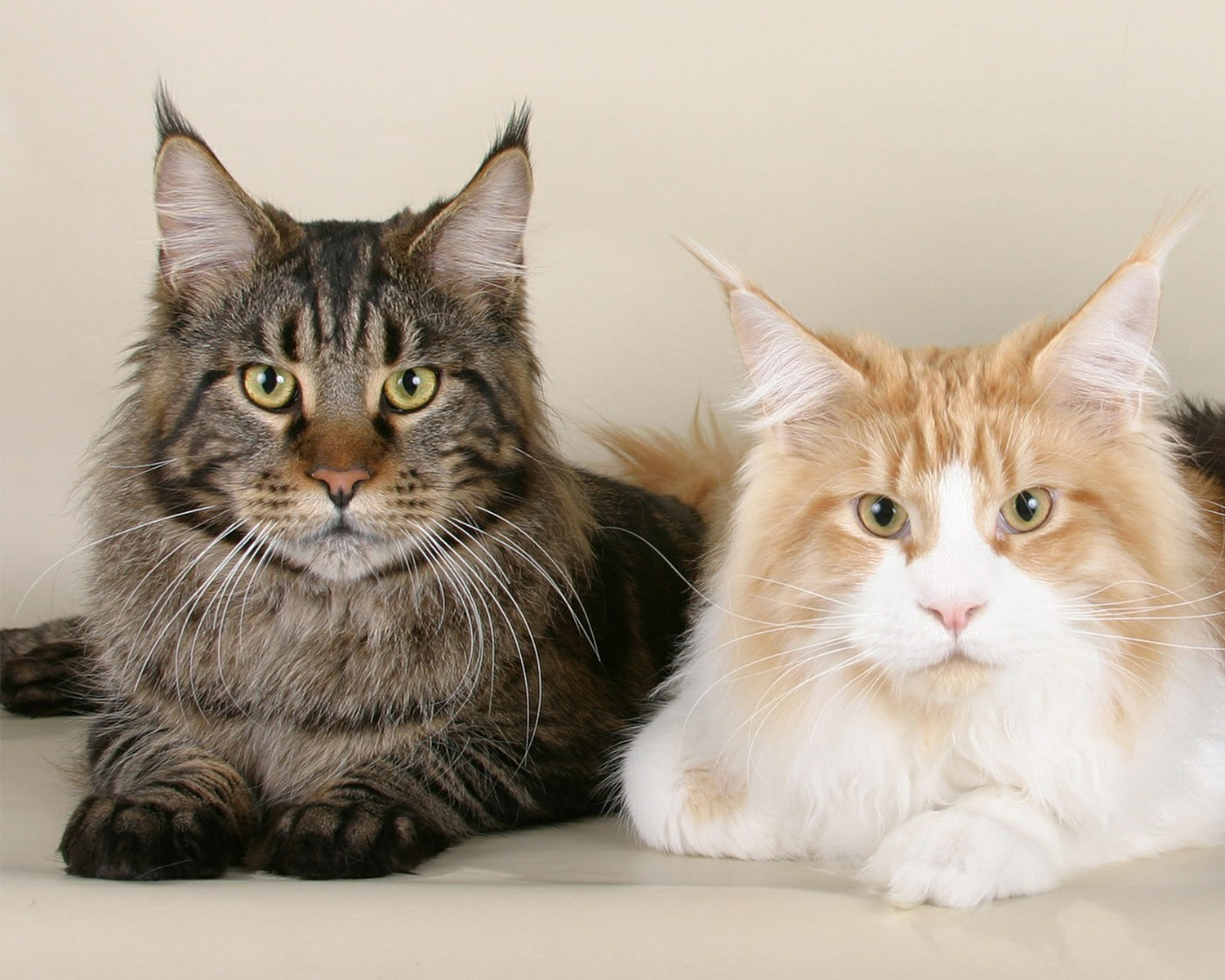 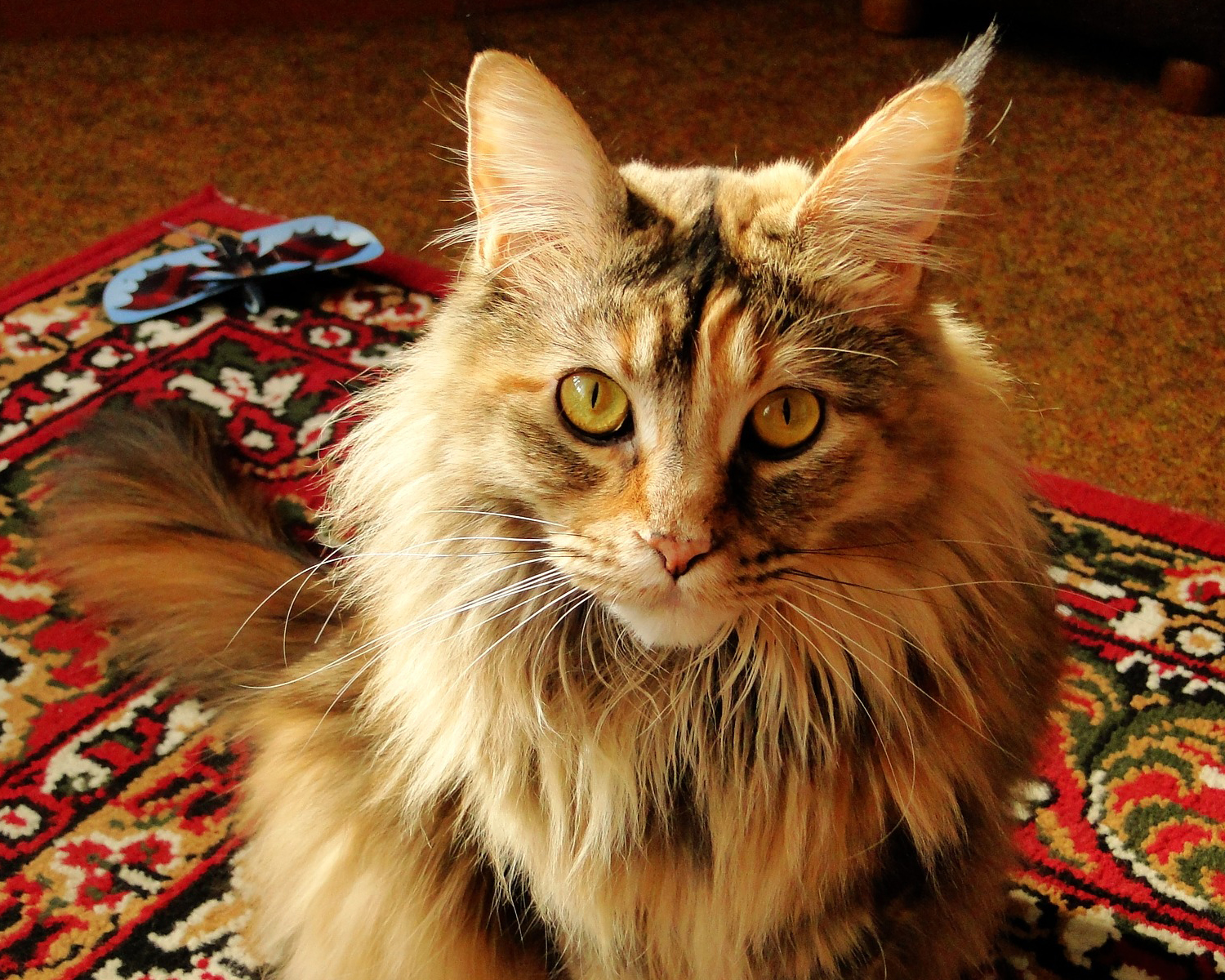 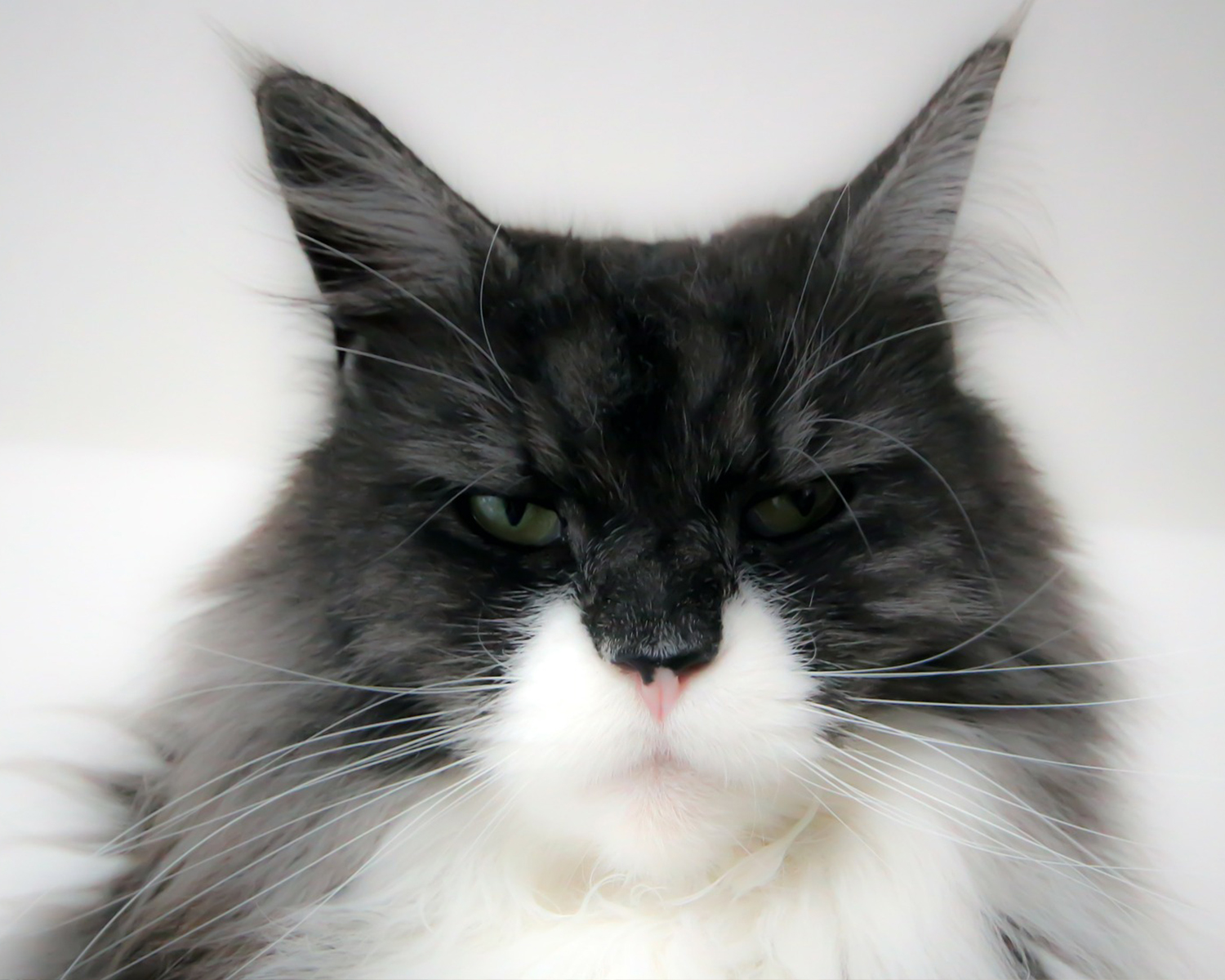 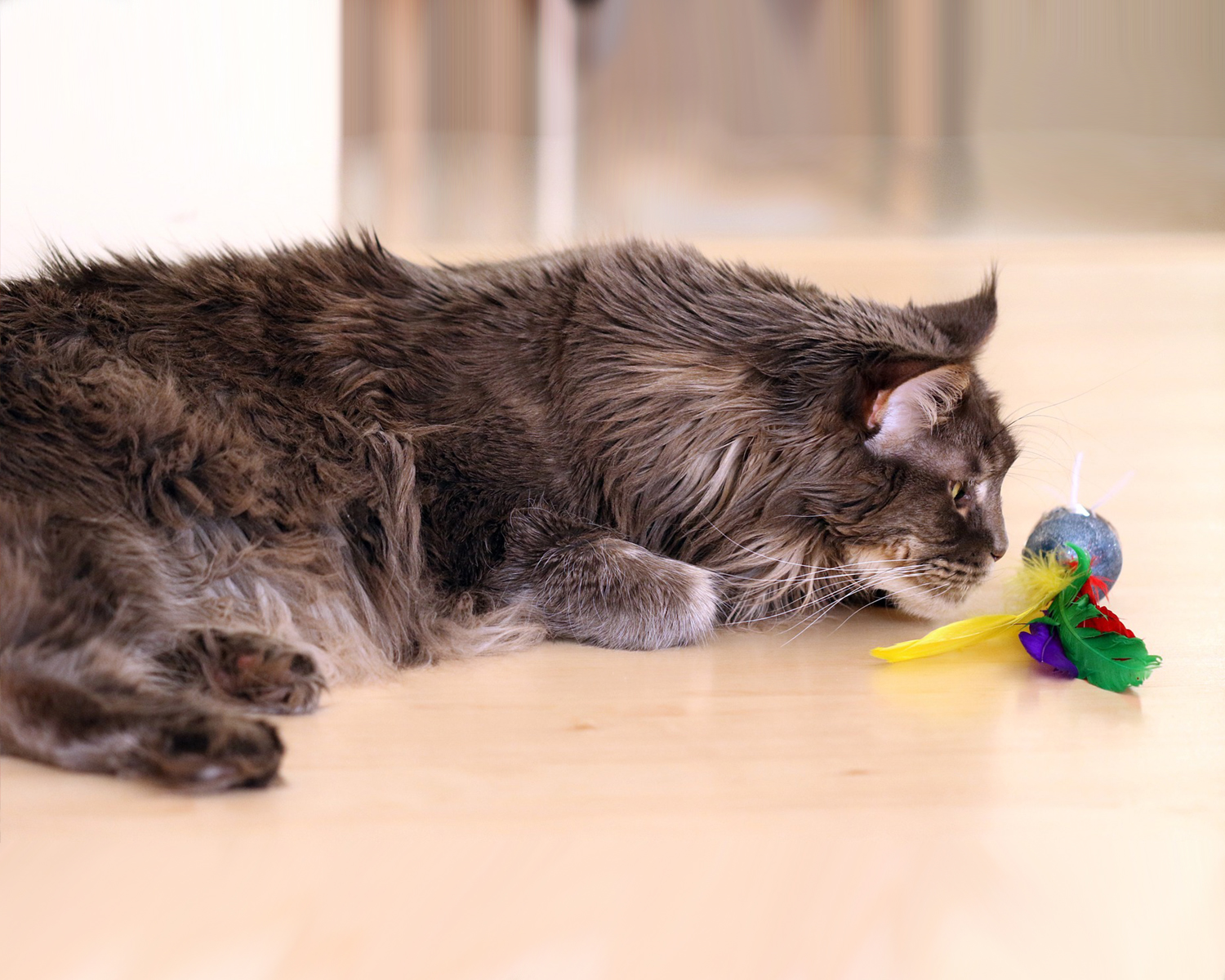