The society has a great interest in the issue of supposedly hypoallergenic and non-shedding dogs that are considered good the choice for people who are somewhat allergic to dogs. Surprisingly, much has been written about hypoallergenic cats. less, despite the fact that people suffering from allergies to cats, more than allergy sufferers suffering from dog allergies. 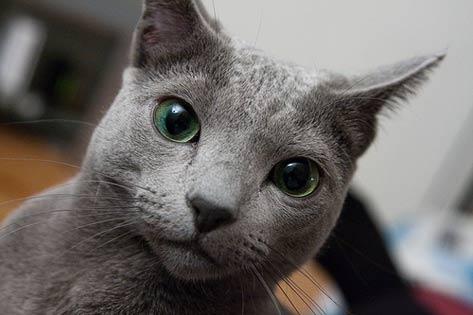 Many potential pet owners are thinking of getting cat, but this decision may not be trivial for them if they sensitive to the allergens that it spreads. Not however, many cat owners and breeders believe that some breeds cause allergies in humans much less frequently than most cats, and this idea certainly deserves investigation.

What causes allergies to cats?

Some proteins that the cat distributes with dandruff (regular skin) are allergens for people who sensitive to them. It has been determined that an allergen is usually is a Fel d1 protein that is secreted by the sebaceous glands of the skin, and Fel d4 protein, which is present in cat saliva. Direct contact with cat or even being in the place where the cats were, can cause allergic reaction in people who are sensitive to these allergens. Symptoms may vary from sneezing, itching in the eyes. and sore throat, before coughing, panting, and asthma attacks in most severe cases.

Cat hair is believed to be an allergen, but this is not quite so. When a cat molts and sheds wool, allergenic compounds such as dandruff are present and cause allergies. This means that cats that molt especially strongly, can cause the most severe allergies than those that molt less, but wool itself is not an allergen.

What is a hypoallergenic cat?

The term “hypoallergenic” technically means that the cat is not cause allergies in people who are prone to it. This indicates the allergens of these cats are generally not distributed so strong as to cause allergies.

However, unfortunately for allergy sufferers who want to have a truly hypoallergenic cat, such cats do not exist, so how they all produce various protein compounds that can cause allergies, albeit with a much lower probability. In other words, the myth of hypoallergenic cats arose from the fact that some cats cause an allergic reaction in people prone to allergies are much less common.

The main types of cats that cause less pronounced allergic reaction or do not cause it at all in some allergy sufferers are:

What breeds of cats are the most hypoallergenic?

It’s important to remember that these cats are “potentially” hypoallergenic for every specific owner, so search the most suitable cat should start with them:

Another cat to keep in mind is the Sphinx, although some people who are allergic to cats indicate that, in fact, the sphinxes cause even more severe allergy in close contact with them, since allergenic protein compounds concentrate on the skin.

It is worth noting that cats tend to produce less allergens than cats, and castrated cats produce allergens less than full.