German shepherd is a very popular breed. There is a big supply and demand for puppies of this breed. therefore find the right nursery professionally involved Breeding German Shepherds is easy in any country. But before than to get a pet in it, you need to know a few rules – How to choose a German Shepherd puppy.

Choosing a nursery or breeder

Before choosing a puppy, you need to decide where you are going to take a puppy. Today there is a huge the number of puppy ads. Lovers offer them, received litter from their beloved dog and famous kennels. Accordingly, the prices differ. 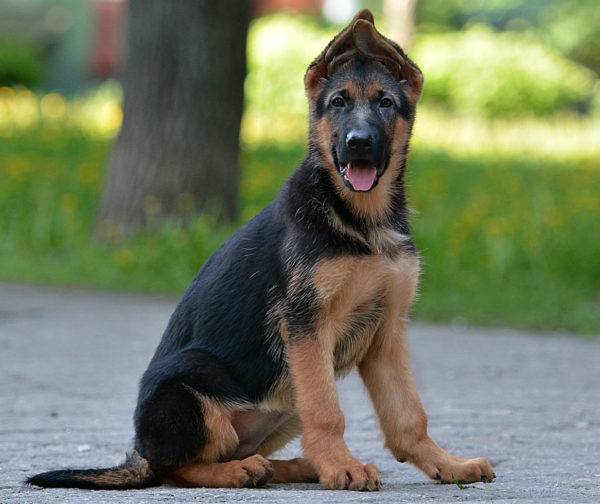 On Avito you can buy a puppy from 2000 rubles. up to 25000 rub. Prices in the nursery start from 300 to 10,000 dollars. That price can tip the scales in favor of the private owner. This does not mean that his puppies will be worse, but if you are going to get a pet with pedigree, purebred and with a guarantee of future victories on exhibitions, then make a profitable purchase is possible only in nursery.

A puppy from the kennel is not only the future prize-winner of shows or thoroughbred producer. Even if you decide to get the right one companion, then the dog from the kennel will be healthy, without hereditary diseases socialized. But in order for the puppy met all the requirements, it is necessary:

Today, dogs are bred as large kennels, specializing in a particular breed as well as individual breeders. The conditions in which the dogs are kept are important, especially large breeds. An experienced host will take an interest in health bitches:

Based on the answers you can indirectly judge how strong puppy, whether the bitch is exhausted. Only after you are convinced that a lot of money will be spent not in vain, and the breeder is worthy trust, you can proceed to the direct selection of a puppy.

Determining the purpose of choosing a puppy

The next required item when choosing a German shepherd puppy is the definition of a long-term goal. Why did you decide have a puppy? There are various criteria and goals when choosing. So, for example, a pet is purchased as:

Much depends on education and training. However, workers qualities of the dog are inherited and with them it is necessary become familiar with choosing a puppy. If you choose high-end representative, you should ask about the pedigree, cleanliness breed and the achievements of the offspring of this particular pair. 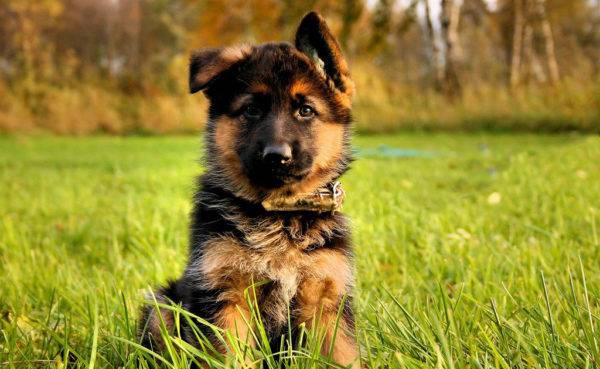 But even such a careful selection does not guarantee 100% that of a puppy will grow a champion. A show class puppy costs 3 times more than an ordinary dog, and must have full compliance with the pedigree qualities described in the standard. He is brought up and raised, immediately focusing on the development of high exterior qualities.

Breed or pedigree puppies must not deviate from standard, must have good health and be fit for breed breeding. Pets, companions or puppies pet class may have slight deviations in the exterior, which will not allow their use in breeding, but will not be reflected on character, health and devotion.

It is also important to determine the gender of the puppy. After all males and bitches of the German shepherd differ not only in size, weight, but also working qualities:

When choosing a German shepherd puppy, you should also consider your own experience in raising representatives of this breed. Less experienced the dog breeder should take a bitch, with whom it is easier to find a common language. Experienced dog breeders note that emotionally a bitch is more attached to the house and the owners, its reactions are thinner and richer, which bribes, especially when acquiring a pet or companion.

The female is less aggressive, gets along better with children, more smart. German zoopsychologist Conrad Lawrence claimed that female of all four-legged representatives is closest in subtlety perception, emotionality and the ability for true friendship to to man. 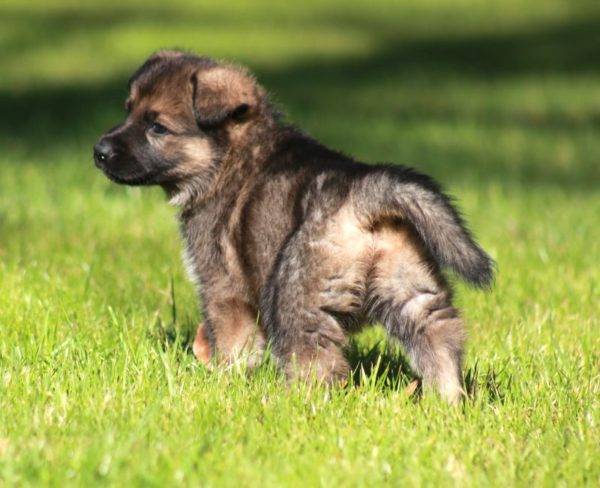 In males the owner may be attracted by their natural independence, ability to serve, understanding, fidelity, indefatigability, dedication. But the male needs more physical activity, it even takes longer to walk with him because of desire to mark territory.

The next criterion when choosing a German shepherd puppy is his psychological health, socialization and behavior in litter.

The nature and behavior of the puppy

Many character traits are passed on to offspring from parents. Is worth to see how the puppy’s parents behave, whether they have excessive aggressiveness, cowardice, hysteria. German shepherd puppies distinguished by curiosity, a craving for research and everything new, if these features are missing, the dog will not adapt well, grow passive and uninitiated.

Some dog owners do not recommend choosing a puppy if looks depressed and timid in his litter. But shepherds are often in among their peers form groups that are at war with each other with a friend, winning leadership. It is worth picking up such a puppy from his brothers, “rude”, and he will become fun and active, but with good education – courageous, faithful and faithful, as befits a German shepherd dog.

Cowardly puppies are afraid of people, noise, new surroundings. Not worth it to amuse yourself with the hope that such a puppy will grow bold. Weak the psyche is difficult to adjust education. 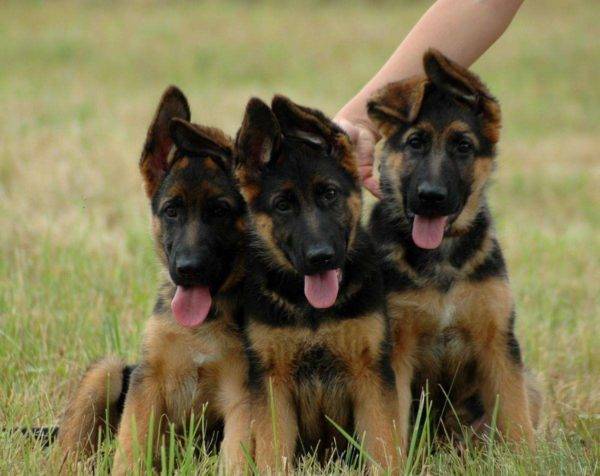 The puppy should be socialized, which will facilitate its adaptation to new home, its inhabitants, children. Worth avoiding too aggressive, gloomy, timid puppies. This is not only evidence of about bad heredity and improper upbringing, but also about puppy isolation.

Foreign dog handlers advise taking the puppy away from the mother at the age of 50-65 days, which positively affects their character, psyche and socialization. In Russian kennels, puppies are taken away earlier, which may have long-term effects.

To purchase a companion, you should immediately pay attention to balanced, non-aggressive, trained and intelligent dog. The German Shepherd is one of the few “multi-functional” dogs, which can be raised for almost any purpose. But to to do it correctly and easily, it is necessary to take into account the nature animal.

The shepherd puppy is the most curious and lively, which indicates about his mental development. But to the layman, and even more so it is difficult for a person who first decided to have a puppy to correctly evaluate psycho-emotional characteristics of the baby.

To determine the character and mental abilities of the puppy use a simple and affordable test developed by American by the zoopsychologist William Cambell. It consists of 5 parts and helps determine:

It is recommended that these tests be performed with puppies of 6–8 weeks old. age. The duration of each stage or test does not exceed 30 seconds, due to dog psychology. Before choosing a puppy you like, it’s worth a few minutes to determine the nature of the future pupil, his ability to training, the need for professional and rigorous training.

Once this step has been completed, you should carefully evaluate exterior, pedigree properties, as well as puppy health.

Read about feeding and nicknames for the German Shepherd.

Assessment of the appearance of the puppy

Particular care should be taken when evaluating the exterior of show dogs. and producer dogs. To the appearance of the future pet You can’t not quibble so severely. But often exterior anomalies evidence of pathologies. German shepherd puppy must look like this:

It is important to evaluate the puppy’s gait. Should see how he moves freely, without a leash. If the puppy throws its hind legs in hand, the straightness of the gait is violated, which is defect.

After the puppy is selected, it is worth consulting with breeder about his food. Some famous breeders give away the puppy to the new owner if the dog willingly goes to him, choosing his friend for life.

Choosing a puppy is a responsible and important action that requires knowledge, time and certain efforts on your part. Not worth it in a hurry – the puppy taken dishonestly and brutally return or hand over. It’s not without reason that the great R. Kipling said: “Buy a puppy, and you will receive the most devoted love in the world. ”