Often the characters in films or cartoons are animals. Not is an exception and the children’s musical film “Adventure Electronics. Ressi – the dog from the movie “Electronics” won the hearts boys and girls. No wonder many viewers became interested in the four-legged companion breed robot boy.

The breed of this dog is the Airedale. Few people know what the basis the script of the film went to the fantastic novels of Evgeny Veltistov, one of which was called “Ressi – the elusive friend.” Name super-robot electronics genius toy dog turned into Robot Dog is an abbreviation that stands for The rarest Electronic Perfect Dog And so on (Ressie). Why did the director choose the role of electronic miracle? airedale? 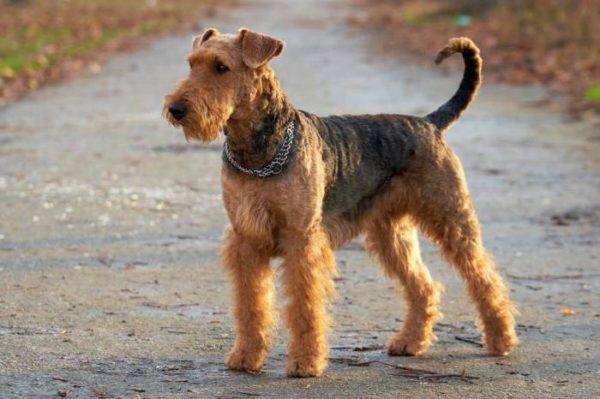 There are several versions:

The Airedale Terrier named Chingiz starred in the film. Helped him cope with the responsible role of the trainer L. Ostretsova.

Due to the natural mind, stamina, ability make decisions independently in changing conditions, the fearlessness and strength inherent in the breed, Airedale Terrier Genghis brilliantly coped with the role, and after the end of filming “Electronics” was invited to another film, “The Life and Adventures of Four Friends.” IN The touching airedale film starred as Bubrick.

Watch an excerpt from the movie “Electronics” with a dog:

Interesting facts about the Airedale Terrier

The most interesting facts related to the Airedale Terrier – King among terriers:

Thanks to these qualities, the Airedale has not only won fans among writers, artists, politicians, but also hearts viewers who saw the good film “The Adventures of Electronics.”