Eyeball loss is a serious injury that can lead to loss of vision even with timely intervention. TO Unfortunately, some dog breeds are more prone to this the disease. Is it worth it to have such a pet or not – in any case is up to you, however we want to warn you about possible problems.

Why do some dogs lose their eyes

Eyeball proptosis (proptosis) is a disease that appears mainly due to traumatic effects. Risk its development increases with some ophthalmic diseases that weaken muscles, prolonged constipation, overly tightened collar and pedigree structural features. The latter concerns brachycephalic dogs with a shortened muzzle and bulging eyes. The correct structure of the skull, deep eye sockets and developed superciliary arches provide additional protection, but some breeds do not. However, proptosis can occur in any dogs, only the strength is different traumatic physical impact. 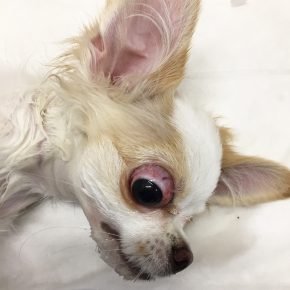 With timely contact, it is possible to return the companion’s vision to 90% of cases

To dogs that are most prone to eyeballs, include the following:

Photo gallery: dogs with a predisposition to development proptosis 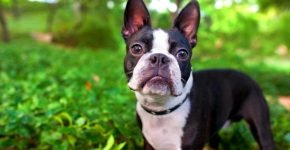 Boston Terriers are very active during walks, so in the summer make sure that they do not overheat 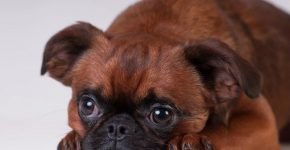 Brabancon was obtained by crossing a spaniel and pug dog 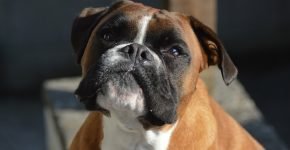 Boxers – dogs are hardy and strong; because of these qualities their often used in police and security 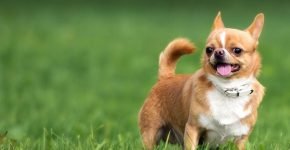 Chihuahua is the most popular dog breed in Hollywood 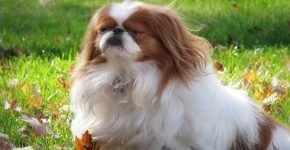 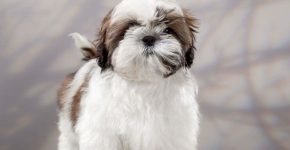 This breed almost never barks in adulthood, only occasionally from her can you hear some quiet restrained sound 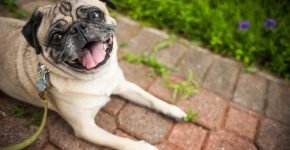 In the 18th century, pugs were considered a purely female dog. 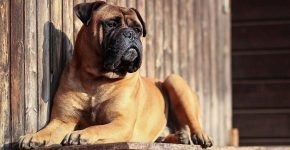 For many years, the bullmastiff nicknamed Ganner was peculiar the mascot of the English football team Arsenal 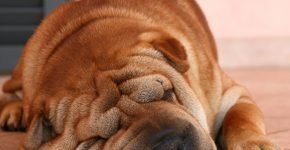 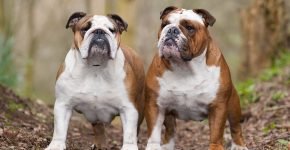 This breed of dog is prone to skin diseases, allergies, urolithiasis, they have an inversion of the eyelid, as well as difficult birth 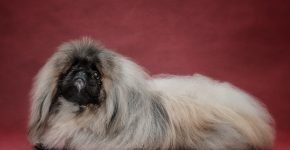 When the Titanic drowned, only three dogs escaped from the ship, one of which was the Pekingese

Is it worth it to start a dog with outgoing eyes

It is definitely impossible to answer this question. Many breeds there is a predisposition to diseases. For example, large and short-legged animals often suffer from joint pathologies. To each it’s up to you to decide on your own, but remember that Each breed has its advantages. For example, with miniature dogs no need to walk in the winter: they can be accustomed to the tray.

A predisposition to proptosis does not mean that the dog there will be problems regularly. When handled carefully, the owner may never encounter eyeball loss. It is only necessary not to tighten the collar too much, do not pull leash, do not raise your pet by the withers and worry in advance about that the dog was comfortable to climb on a hill if you let her do it. Eyeballs often occur when jumping, so avoid games in which the companion you have to catch sticks, discs or other toys in flight.

It should be understood that other brachycephals are found problems that are associated with a short muzzle. They have more often other eye diseases (eyelid inversion, conjunctivitis and etc.), shortness of breath and cardiac pathology. With another the cropped muzzle looks funny and elegant in its own way, especially in the case of miniature favorites.

Eyeball loss is a serious illness that may be caused by trauma to the animal. Most exposed him brachycephalus. A sloppy leash is enough for them to there was a dislocation. However, this does not mean that they are doomed. Before by buying such a puppy you just need to make sure that you You can provide him with suitable care. For example, brachycephalus does not worth buying for families with children.