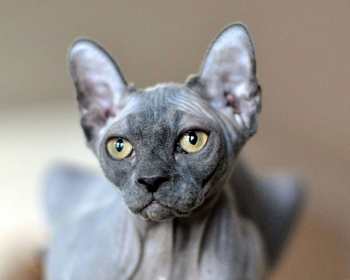 To say that the cat elf has an unusual appearance is not say nothing. A second such breed simply does not exist, though, not everyone will like it. The breed appeared thanks to the efforts of two women breeders – Karen Nelson and Kristen Lead. They are developed sketches and discussed the future breed standard, and only then started to create it. They wanted to create a hairless cat with unusual, bent ears, and for this they crossed the Canadian Sphinx and American Curl.

Work and research were carried out for three years – from 2004 to 2006. The work was not in vain – an elf cat does possess unique appearance, although it has some external resemblance to other hairless cats. Today, these pets are extremely small, and therefore it is safe to say that it is rare breed. By the way, Karen Nelson was allergic to cats, but with the appearance of the first little elf, discovered that her allergy here is powerless.

The cat elf can be crossed with the Canadian sphinx, and in this In the case of the litter, half of the kittens will be with ordinary ears, and the other half with twisted. However, crossbreeding is most appreciated. two cats of elves, as this gives the opportunity to maximize keep the breed standard, and all kittens will have swirling ears. To date, no organization has recognized these cats as a separate breed, and only TICA recognizes them as a subspecies of the Canadian sphinx.

If you want your house to live really unusual a pet that is more suitable for Martian landscapes – elf cat is the right choice. On the one hand, they require more care and supervision, on the other hand, it’s a rare breed, which, moreover, has a wonderful character. They will become An interesting and fun addition to your family.

The cat elf has a lean, slim, medium build physique. lengths, large, non-standard ears and huge, expressive eyes. The muzzle is wedge-shaped, somewhat non-standard shape, elongated and thin. There are wrinkles all over the body; the amount of hair can vary from its complete absence to a very short cover with thin hair. Life expectancy is an average of 12-16 years.

These are very soft and affectionate cats, although sometimes they can capricious “notes” appear. Fortunately, these notes appear quite rare. To a greater extent, an elf cat shows friendliness and affection towards people, moreover, towards members of their family the amount of love and affection increases in geometric progression.

They like to bask in their lap, they love to be stroked and caressed, although, in general, these are very active and playful cats. Thanks to their soft and playful character, they perfectly find a common language with children. However, the child must be taught proper handling of cats, as well as talk about the nuances communication with the breed elf. They don’t have wool, but the skin is very sensitive (especially where there are folds), and talk about ears nothing to touch them is strictly prohibited.

Elf cat is very curious and curious, she is interested everything that happens around, sometimes she tries to participate in various household chores though, this involvement is more like to try to distract you from these very things. Strangers are perceived positively, sometimes showing great friendliness and openness. They agree well with other pets.

They may have skin problems, in other respects for now no serious genetic abnormalities have been identified.

Elves do not need to be combed out, however, like all hairless cats, the skin must be wiped with a damp cloth throughout the day (without alcohol). Their ears need to be wiped at least once a week, or better – twice a week, with great care, water diluted vinegar 1 1.

Elves are bathed once or twice a month (with the right shampoo, so like elven skin sensitive), depending on pollution skin – this is determined by the smell, apparently the contamination of the folds and the skin as a whole, as well as its stickiness. Don’t forget to trim claws on average once every 10 days, and also cleanse the eyes of deposits. These cats must be protected from direct sunlight and protected from cold. 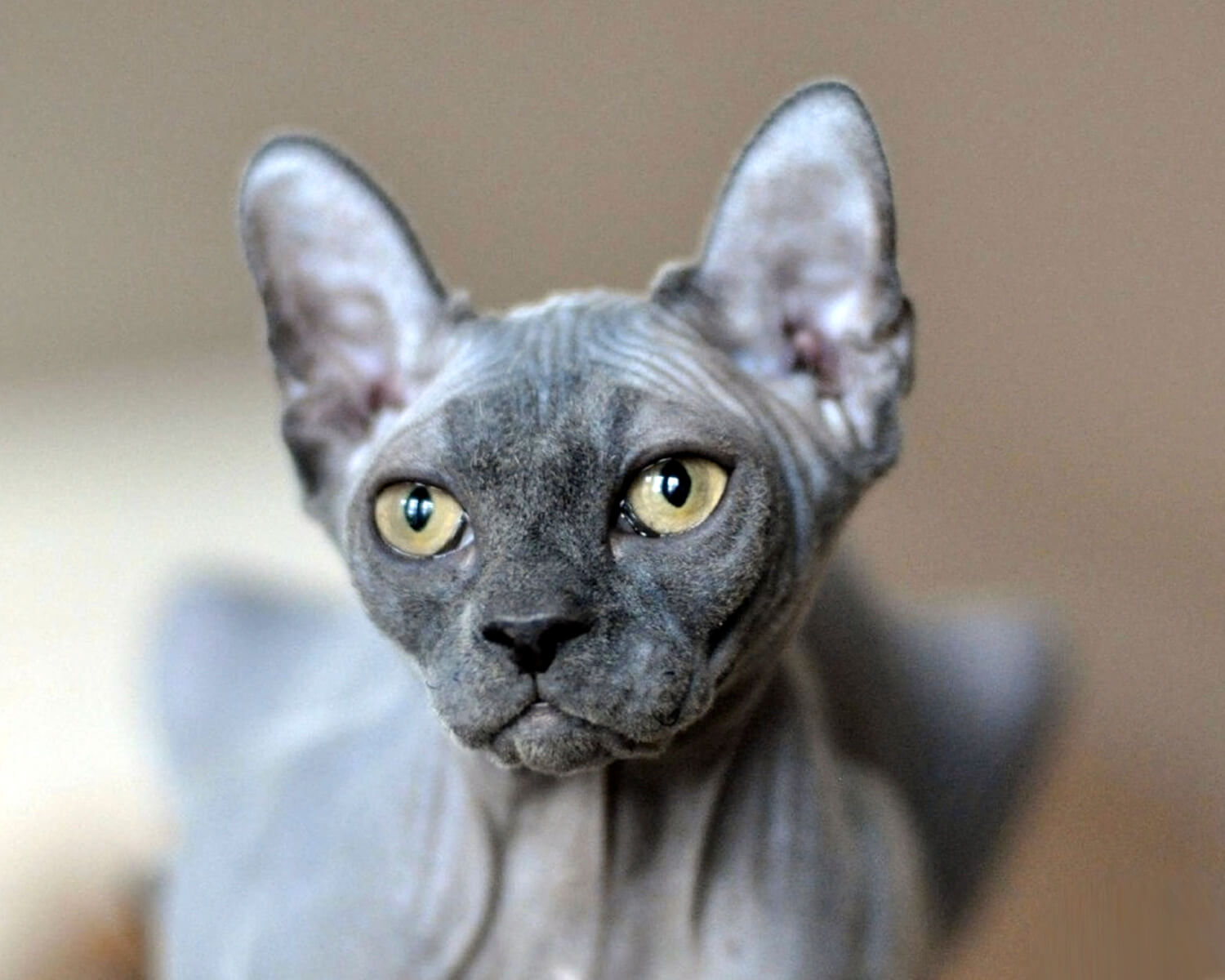 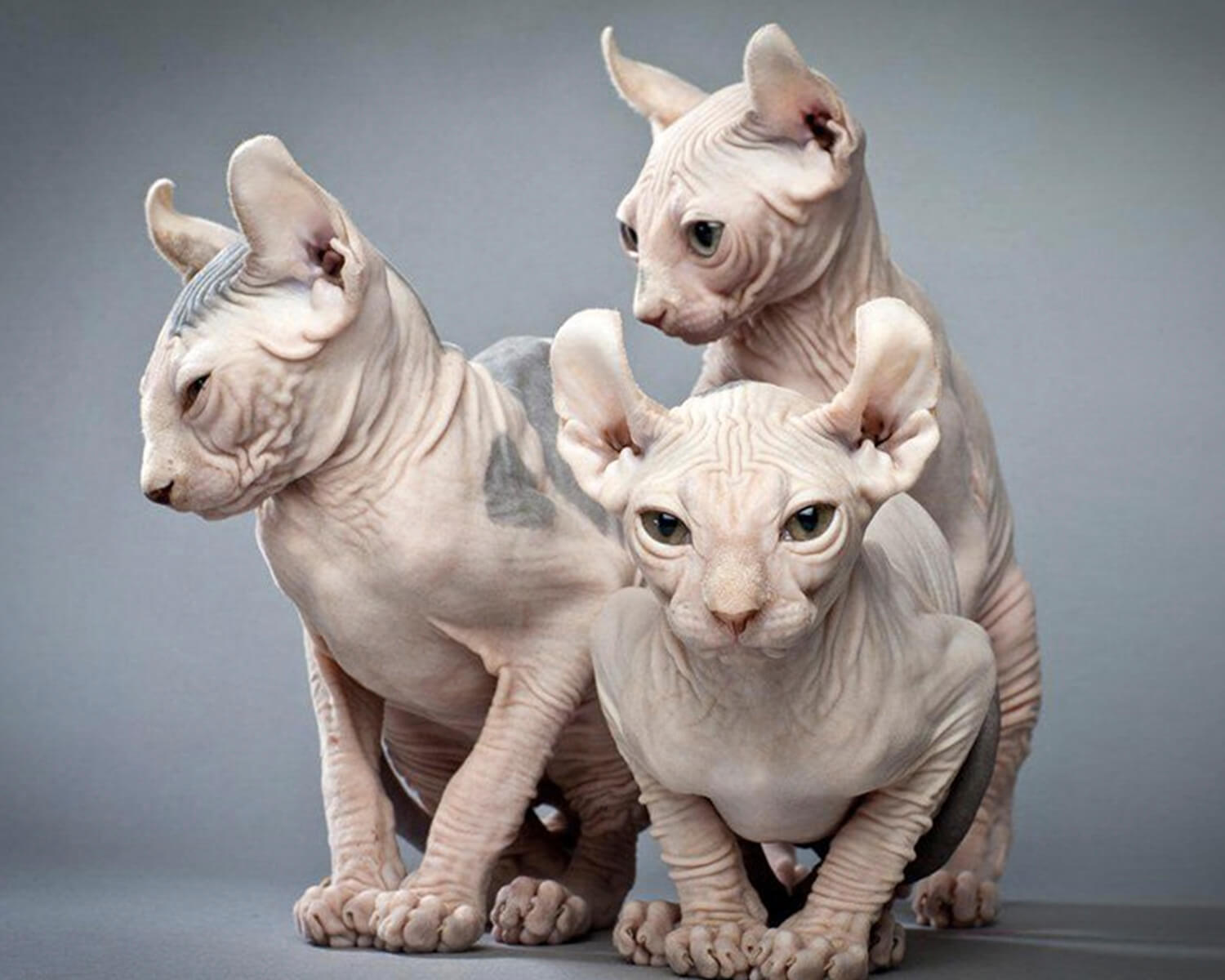 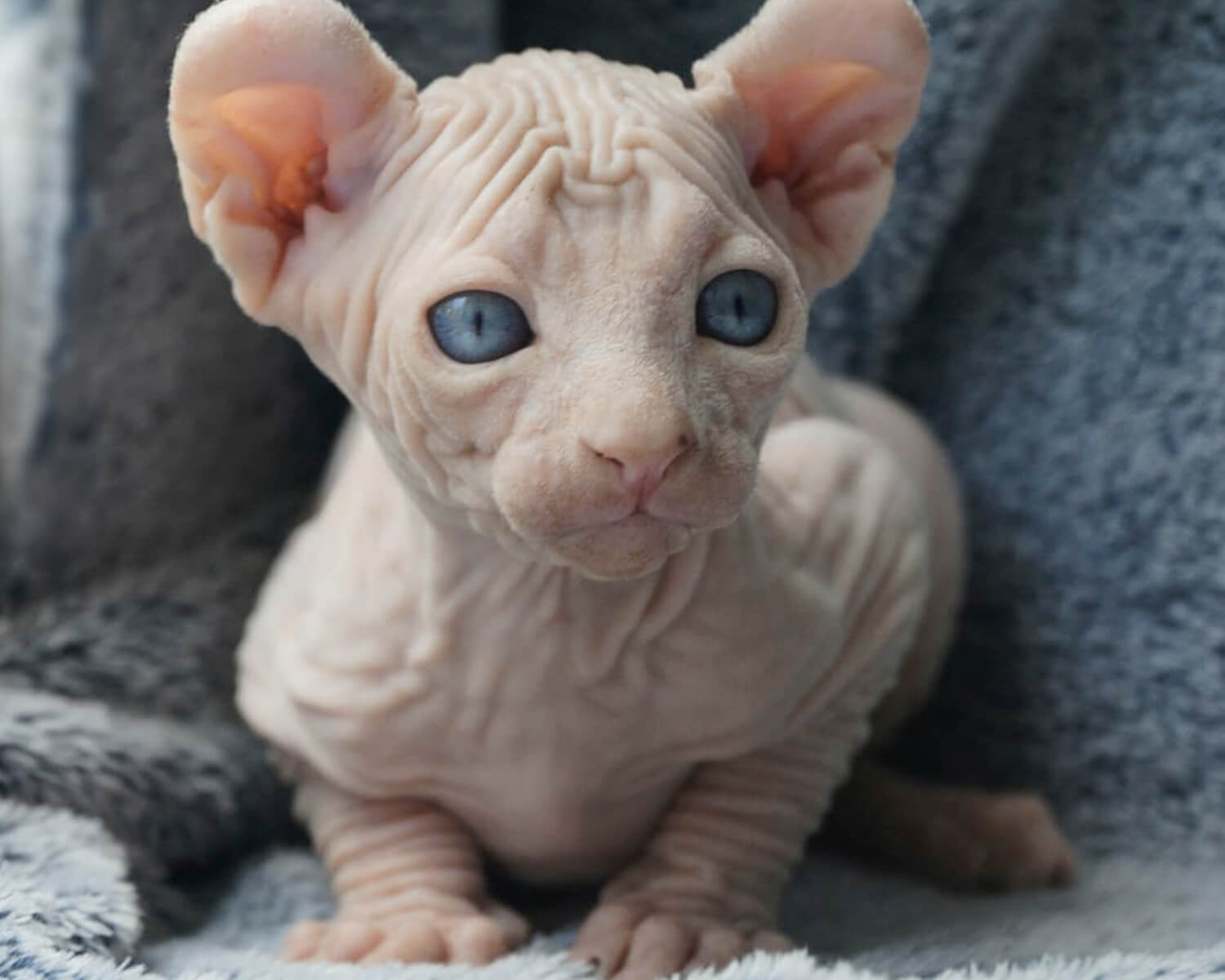 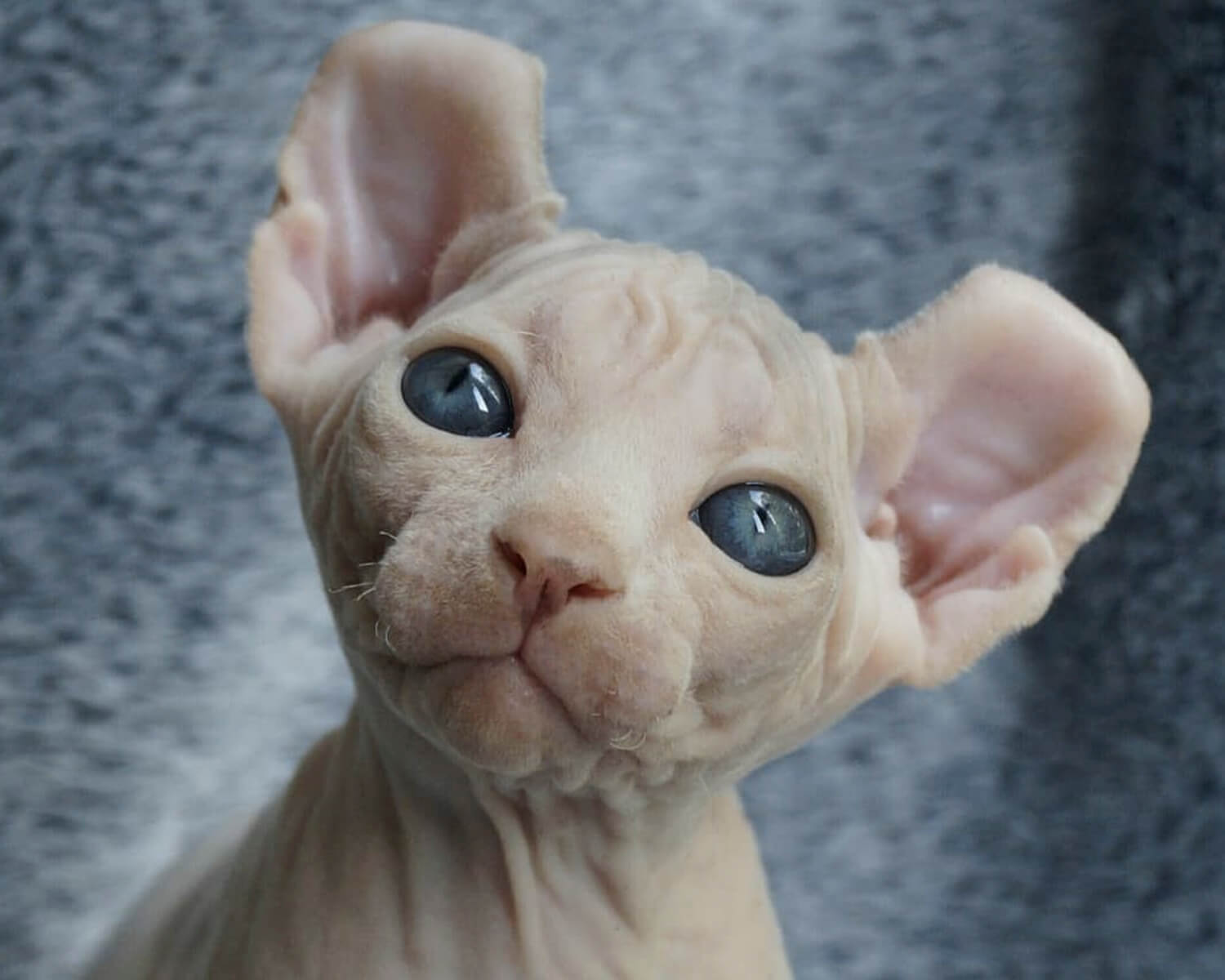