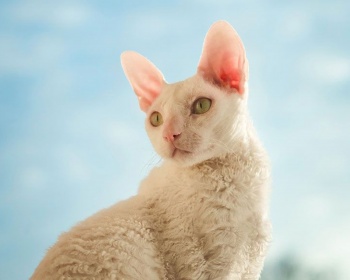 The first Cornish Rex appeared in Cornwall in 1950. Breed named after the similarity of color with a rabbit-Rex. How often happens to unusual breeds, there was one in the litter of a domestic cat a kitten that was different from the others. He was born with a natural a mutation that caused him to have curly hair. When he matured, he was associated with his mother on the recommendation genetics, which led to the appearance of a litter with two more curly kittens.

Cornish Rex is popular all over the world and enjoys great popular among cat lovers. The breed was recognized in 1967 by the British registry of purebred cats and in 1979 American Cat Lovers Association.

Cornish Rex is an amazing cat that boasts playful, affectionate nature. It is unusually athletic, agile. cat. Despite its slender, thin and slightly elegant appearance, it is an active animal with an extremely strong, muscular physique.

The breed is known to be extremely intelligent. Many owners they say that living with Cornish Rex is like living with dog because their feline friends follow them from room to room and love nothing more than a search for toys.

Cornish Rex – very intelligent, affectionate and extrovert breed, despite its estrangement and refinement. it curious, inventive, playful and mischievous in nature cat, making him a charming home companion and wonderful pet.

Most Cornish Rex enjoy playing catch-up and chasing for other pets and people. They are unusually acrobatic and like to jump to high places, it would seem simple from happiness.

Cornish Rex is an adventurous animal that is easy adapts to new situations and conditions. He will be everything explore anywhere and anytime.

You can often see how they jump into or on refrigerators, inspect washing machines or climb into open dryers for linen. Some owners consider these tricks intentionally provocative by their cats but relate to this quite fun.

Cornish Rex is sociable and people-oriented. is he thrives on human contact and loves being around people.

With their sociable, affectionate and loyal personalities – this is Ideal for families with children, as well as the Devon Rex breed. They also get along well with dogs, however, necessary use caution when administering Cornish Rex for dogs, which they don’t know yet, in case the dog doesn’t get along with his feline brothers.

Cornish Rex Life Expectancy from 11 to 14 years old, if properly looked after and feed them with good, good quality food that matches their age.

It is also important to make sure that Cornish Rex does not sunbathe in the warm summer months.

Cornish Rex boasts a short wavy coat, and therefore, it does not require significant care efforts. Weekly comb it so that the coat and skin are in excellent condition.

It is also important to regularly check your ears and clean if necessary. them.

Interesting facts 1. The breed in view of their features with wool is very suitable for people who suffer from allergies, but they want to have a pet. 2. Since Cornish Rex does not have the protective hair that most have breeds of cats, they can not be long exposed to the sun.

Did you know? Cornish Rex is a very smart breed and very good at training. The breed has a very developed intelligence and she can learn to perform various tricks, tasks and bring a ball like dogs do. 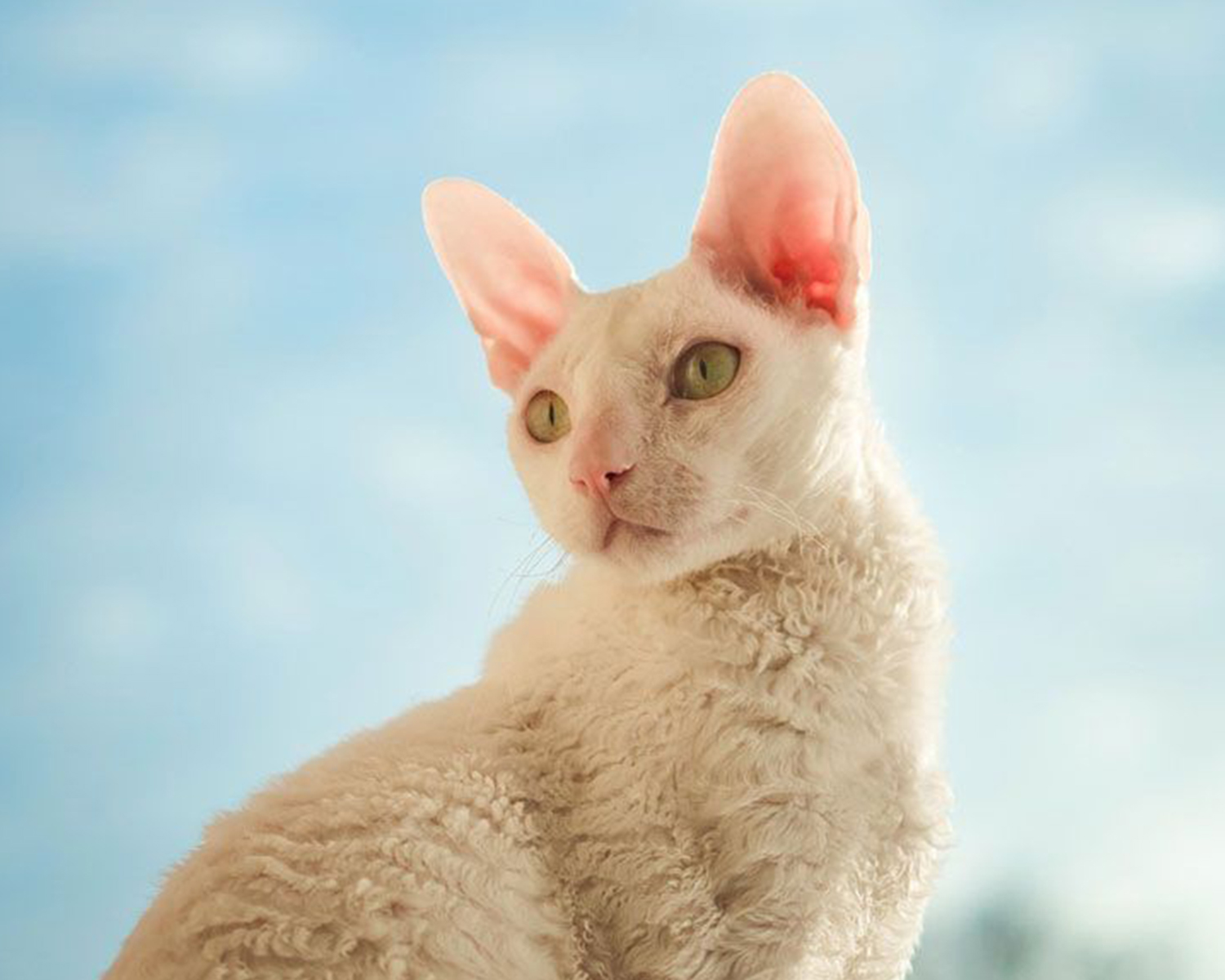 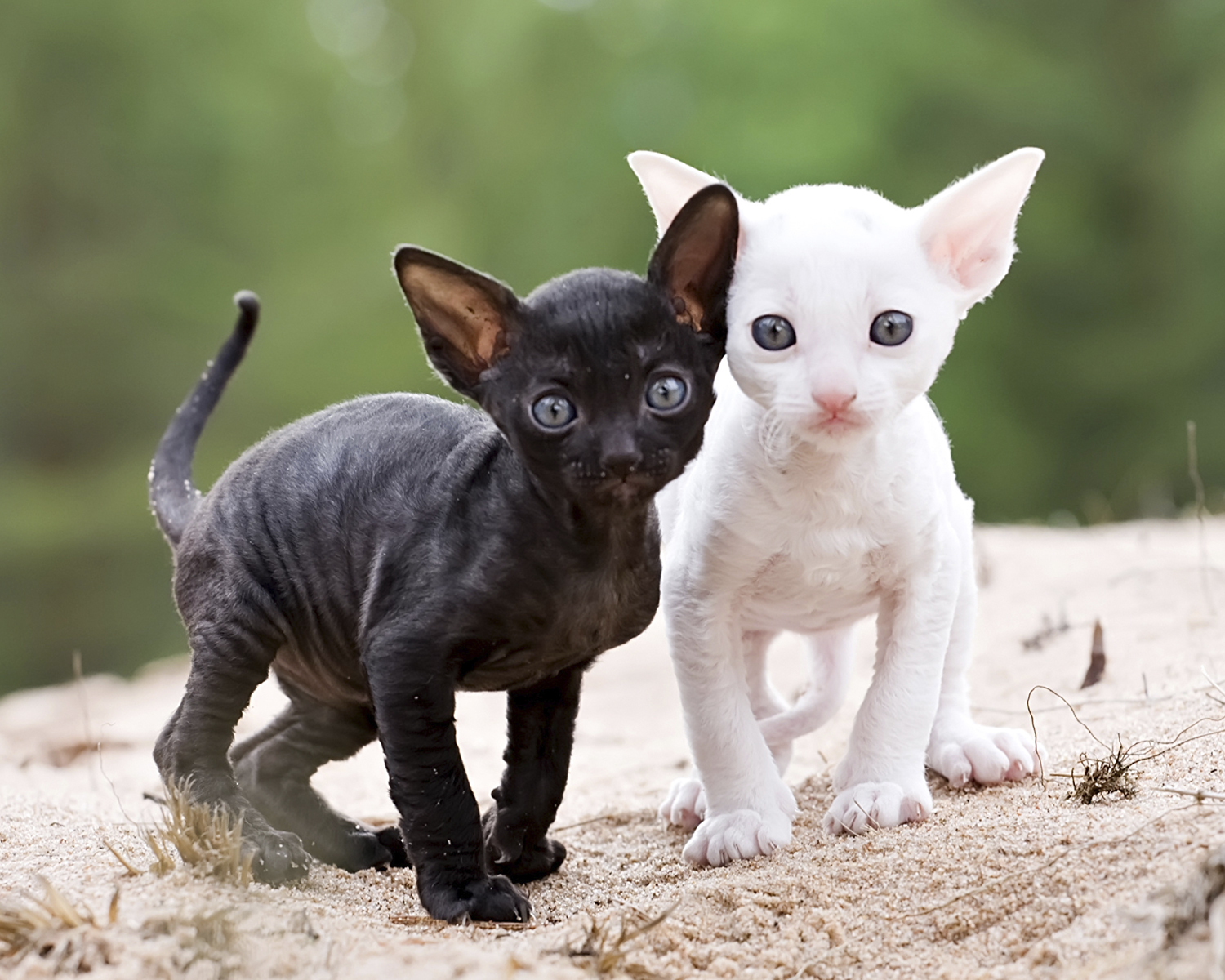 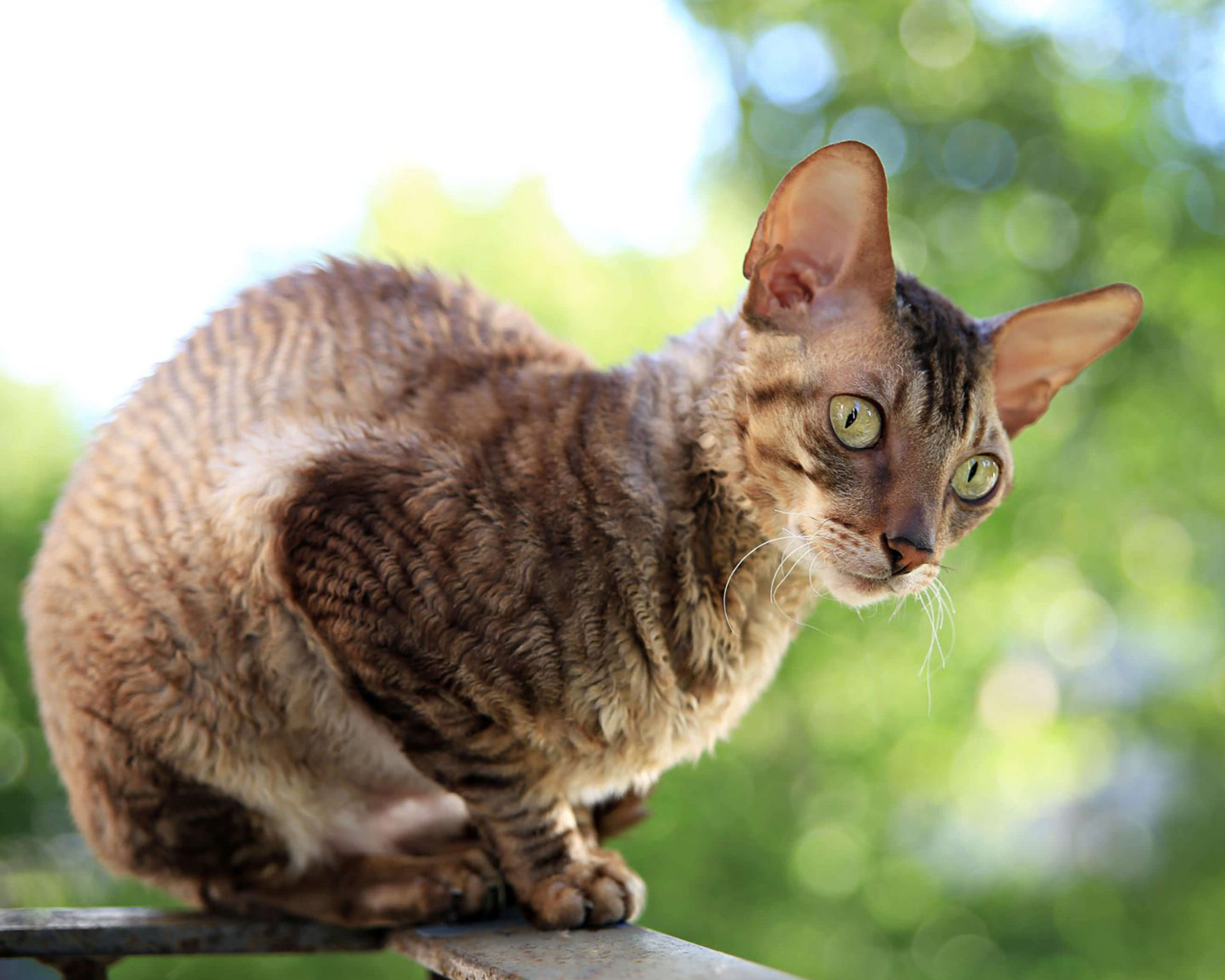 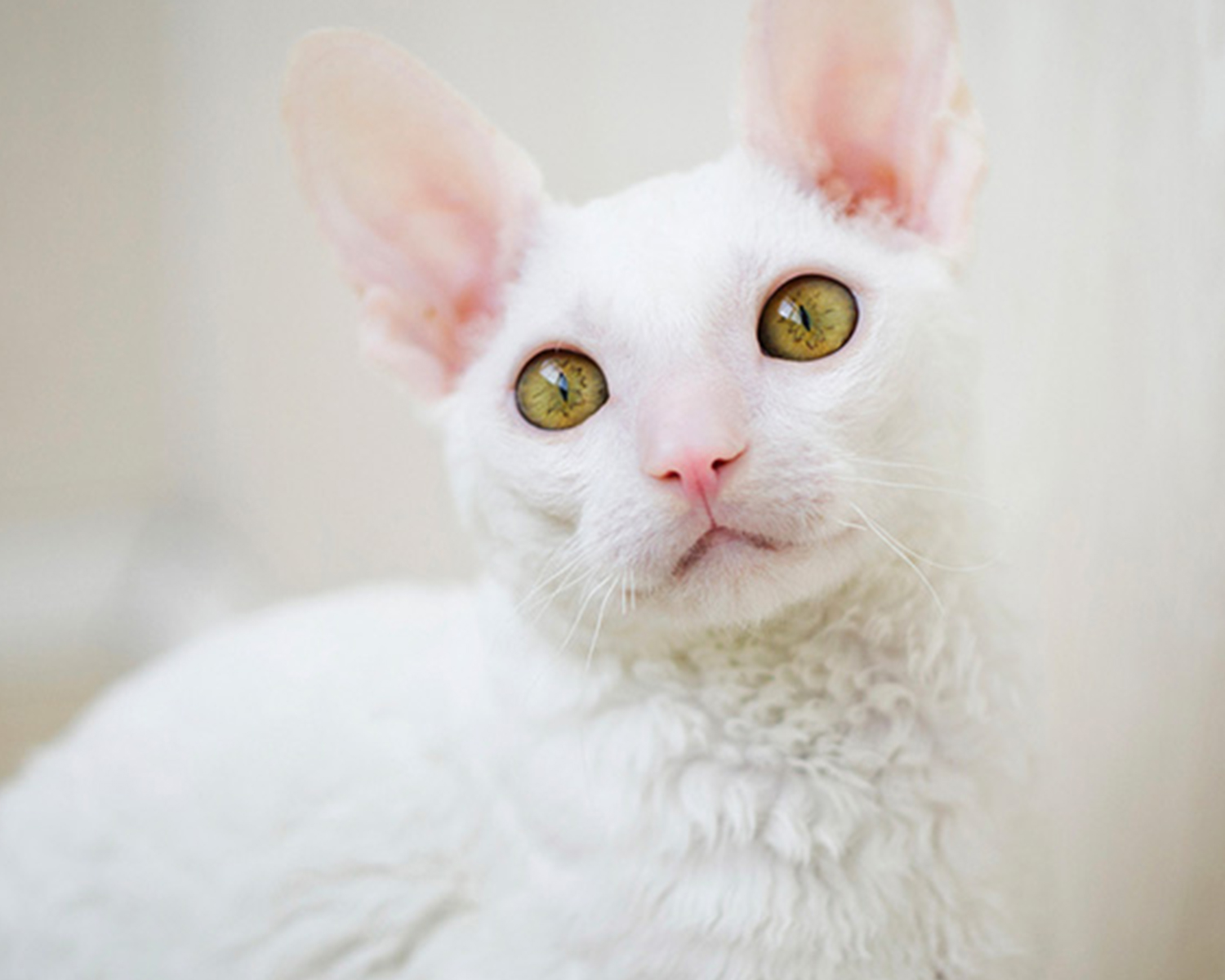