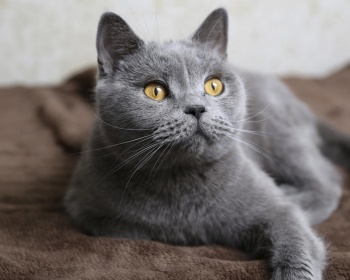 Chartreuse, or Cartesian cat – a beautiful animal of blue color originally from France. The history of these pets dates back to the times the Middle Ages, due to which they can be considered an indigenous breed cats. There are several options for origin, and all of them more like legends than reliably confirmed official sources version.

The first legend is related to the Cartesian monks who in in their monasteries these cats were bred. And they brought them supposedly and all from Syria. That is, according to this legend, the cat breed is chartreuse It is of Asian origin, and not French in any way. And the name of the breed Cats were given in honor of the Grand Chartres Monastery.

The second legend, again, is connected with the city of Chartres, standing at foot of the mountain, in the vicinity of which there were blue cats incredible beauty. Their amazing appearance was completed, as well as today, light orange eyes.

Citizens interacted with these animals, helping them and giving housing. In addition, residents pursued a simpler one, the mercantile goal is to protect warehouses and pantries from rodents. Subsequently, these cats became popular with nobles, they were bred in as a beautiful, lively soft toy, which also has useful qualities.

The modern chartreuse cat retains the nobility of previous generations. A large number of these cats were destroyed in the years first and second world wars. However, in the 50s and later, the population was restored. Perhaps also because such a cat, nicknamed Gris-Gris, was with the legendary general Charles De Gaulle. In the 80s, cats gained recognition in the American associations of cat lovers, and they appeared in America ten years earlier.

The Chartreuse cat breed gives the impression of being compact, thanks to somewhat shortened paws. The body is muscular and strong with a well-developed chest. Compact Dimensions – Apparent moment, in fact this cat in no way refers to small or small breeds.

They have beautiful, regular faces, middle ears and orange. eyes. The tail is not long. Chartreuse – a cat that fits perfectly under the concept of a family pet. They live, like most cats, about 15 years.

In general, chartreuse – a cat is calm and soft. These are animals who avoid conflict situations and give a huge amount love to their master and the family in which they live. They are very affectionate, smart and have an understanding of the situation. Can defuse tense emotional atmosphere simply due to its natural kindness and softness. By the way, thanks to these qualities they are also good Suitable for families with children.

Carthusian cats are very loyal to the owner, quickly realize that they are required, very rarely go against and are deprived of aggression or feline vagaries. Can get along with almost any home animals. Preferring to spend time lying down, they are not very active and playful, but at the same time, the past on the streets of Paris makes itself felt – these cats hunt well.

The Chartreuse cat breed is in good health and does not have any brightly distinguished tendencies to one or another serious diseases. But don’t forget that good health in itself does not panacea for all diseases. Moreover, if the owner himself saves on food and does not provide proper care.

These cats have very beautiful fur, for which you will need take good care, first of all – during molting. The rest time, as usual, it all comes down to combing out at least once every two weeks, and bathing, at least twice a year. Definitely needed brush your cat’s teeth, and it’s advisable to do it every day. Also, keep your ears clean and keep your claws trimmed, which is usually carried out 2-4 times a month. 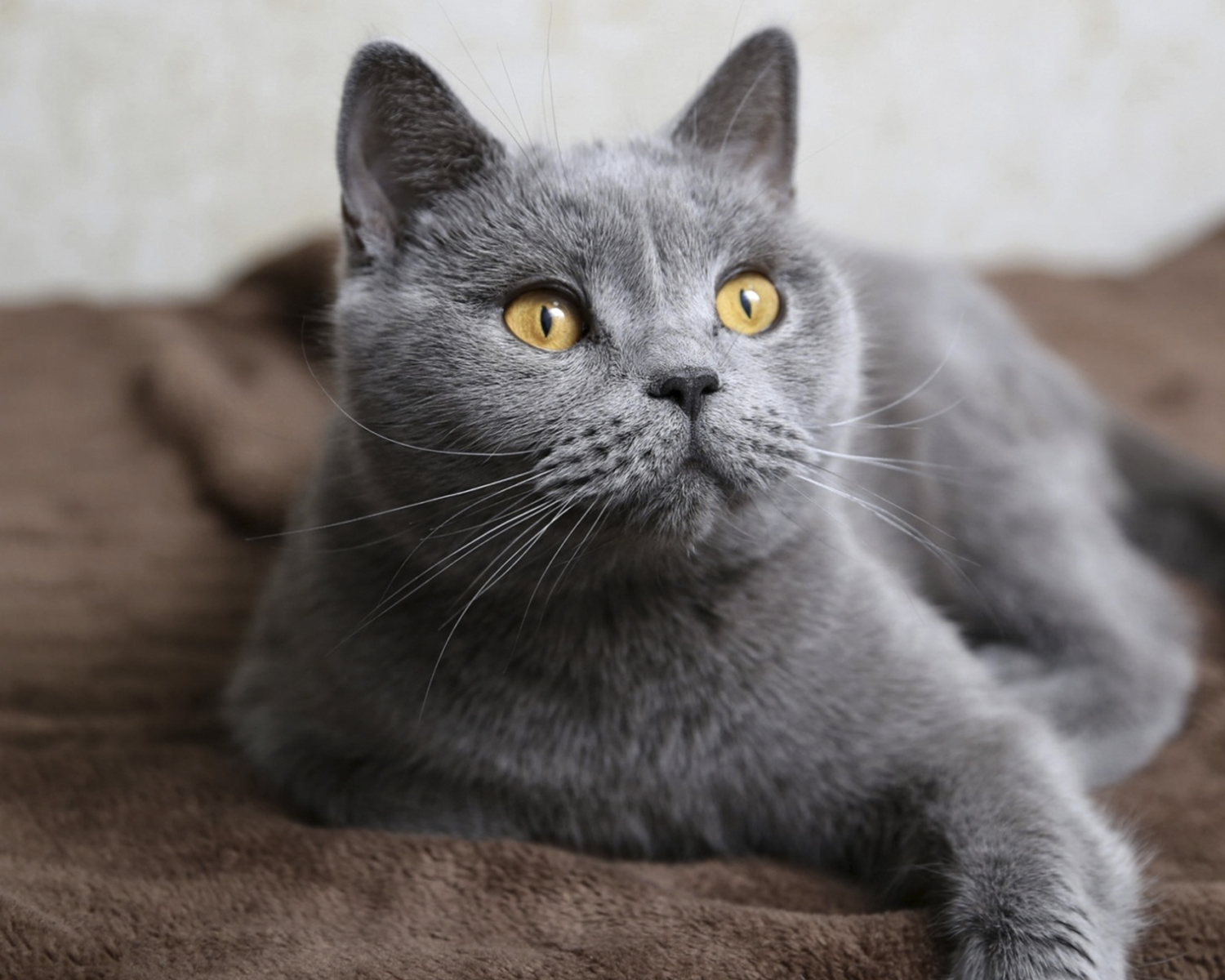 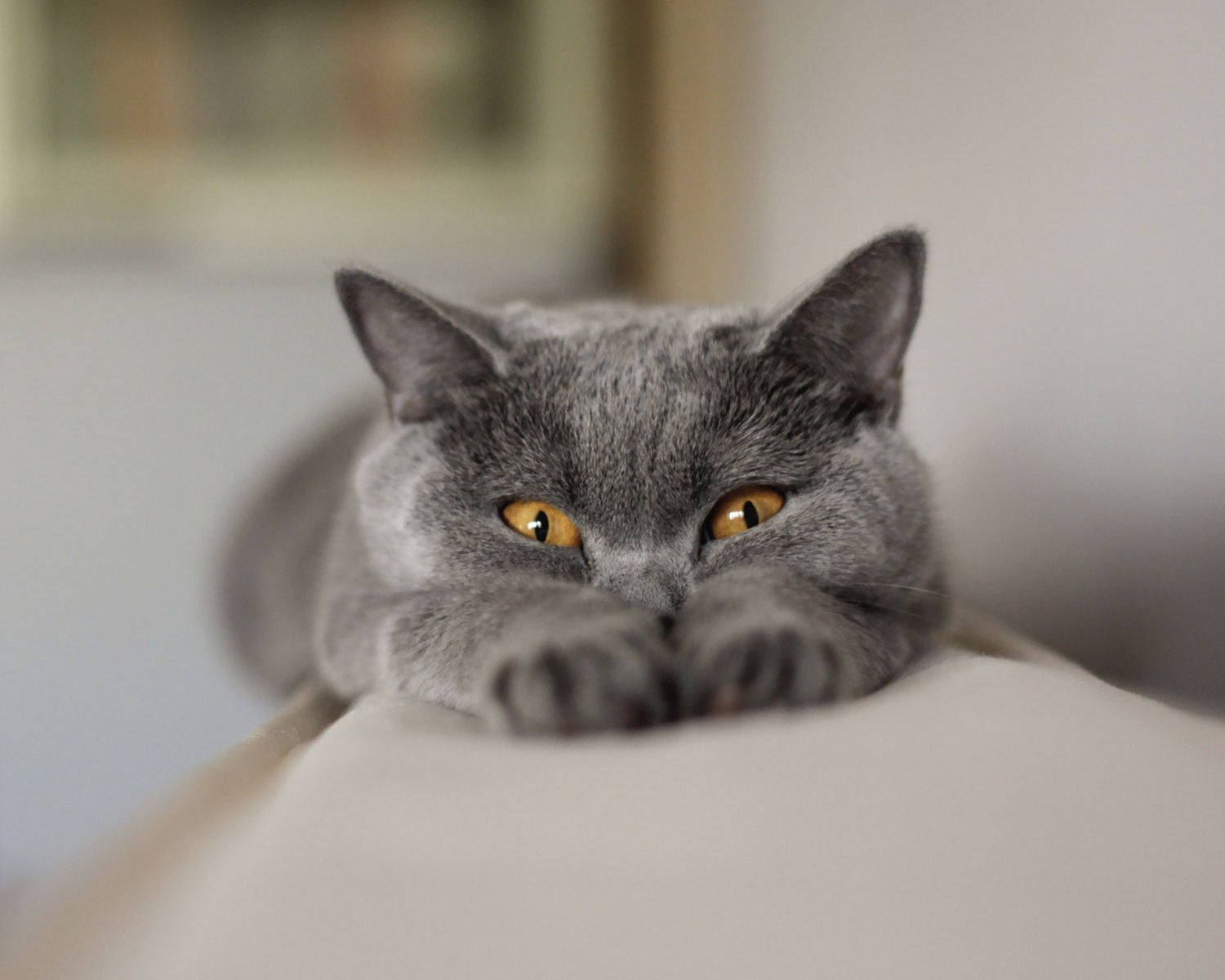 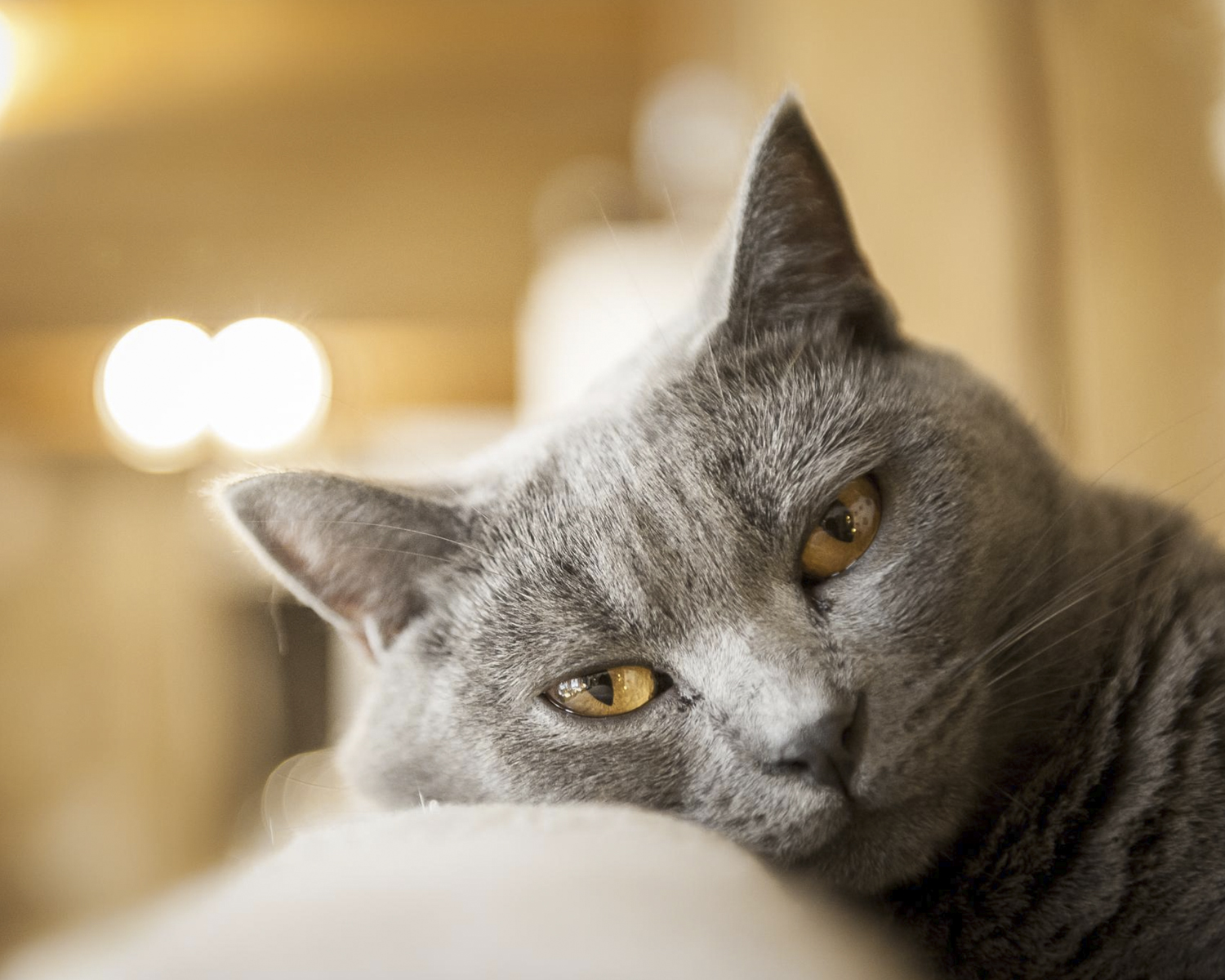 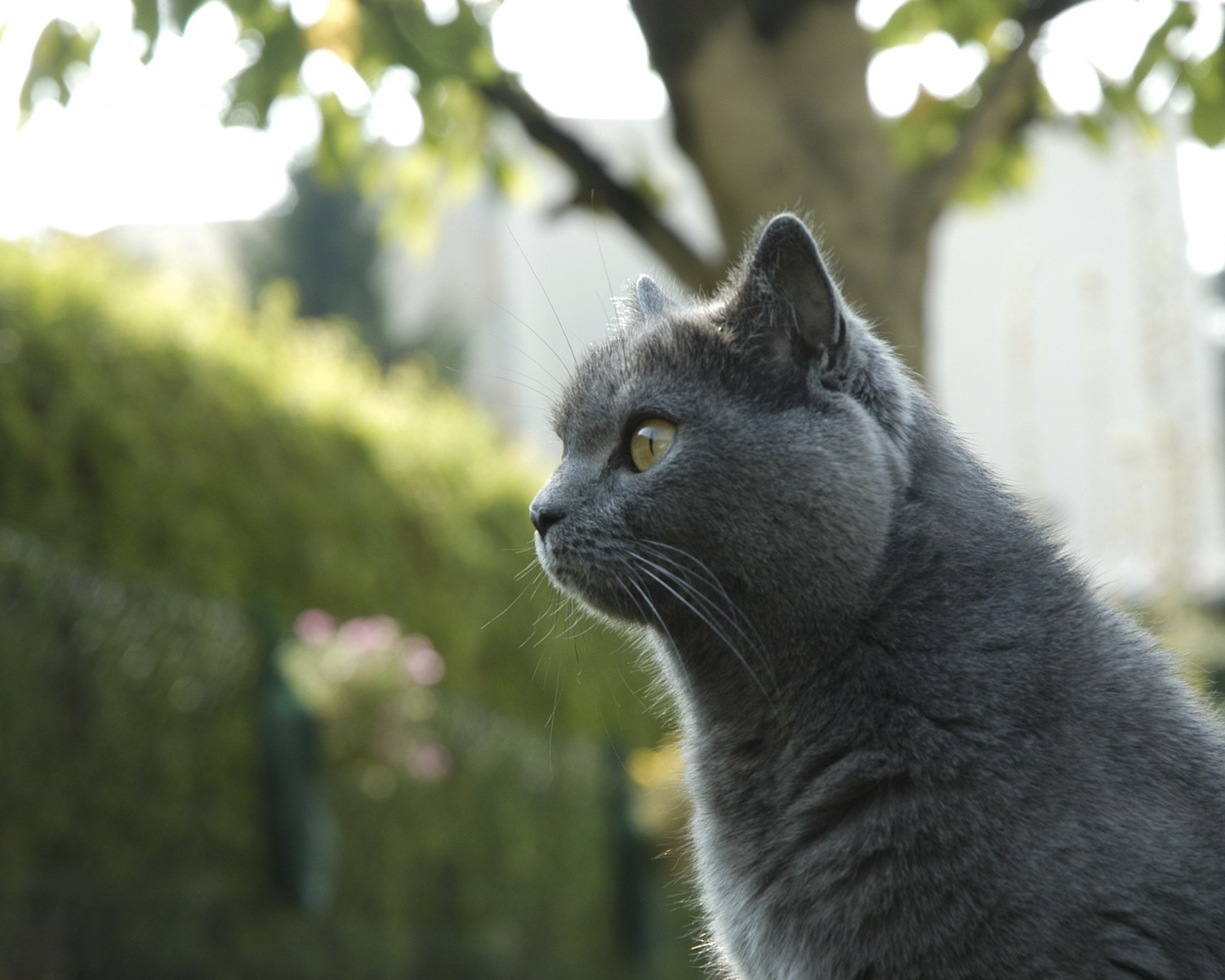 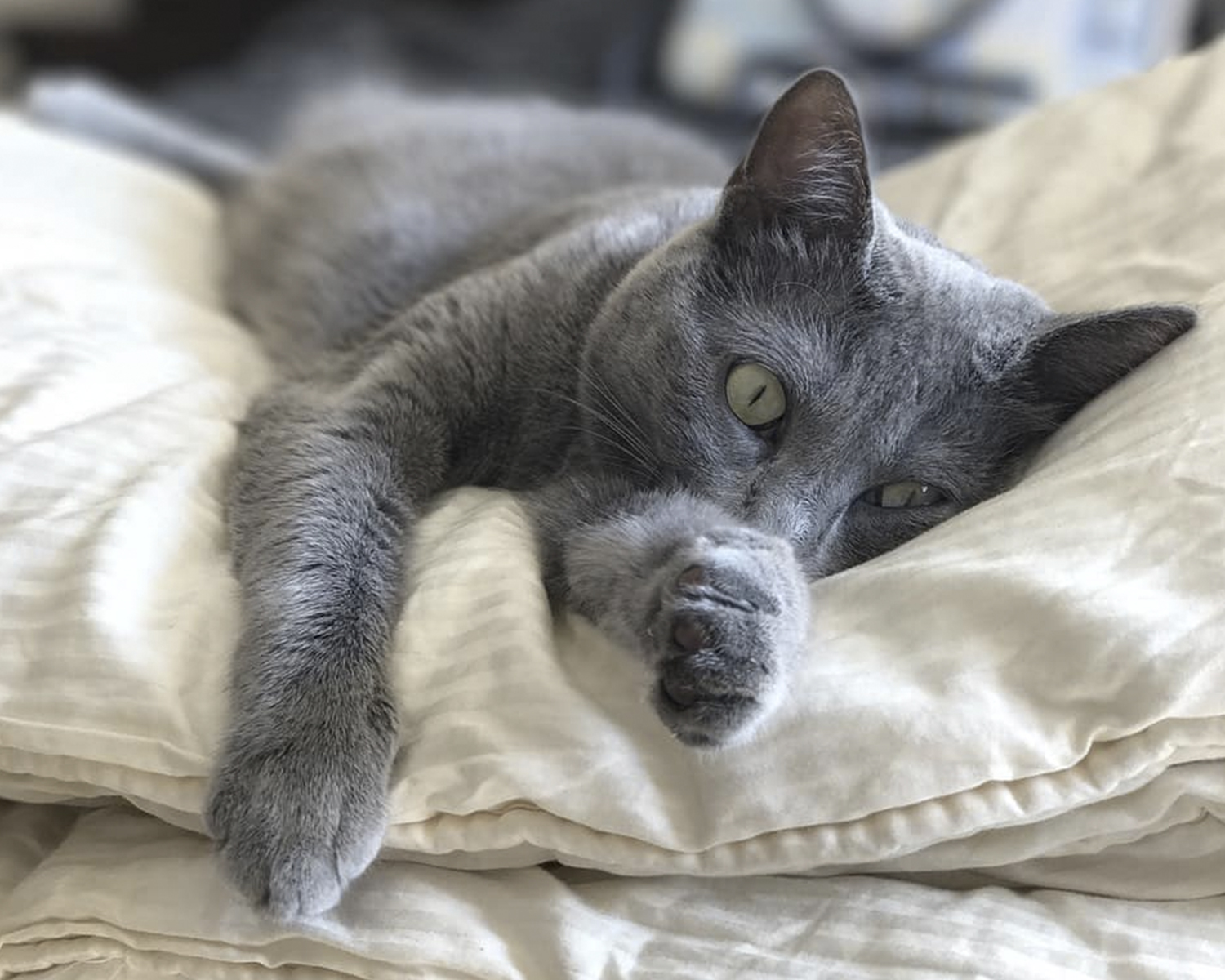 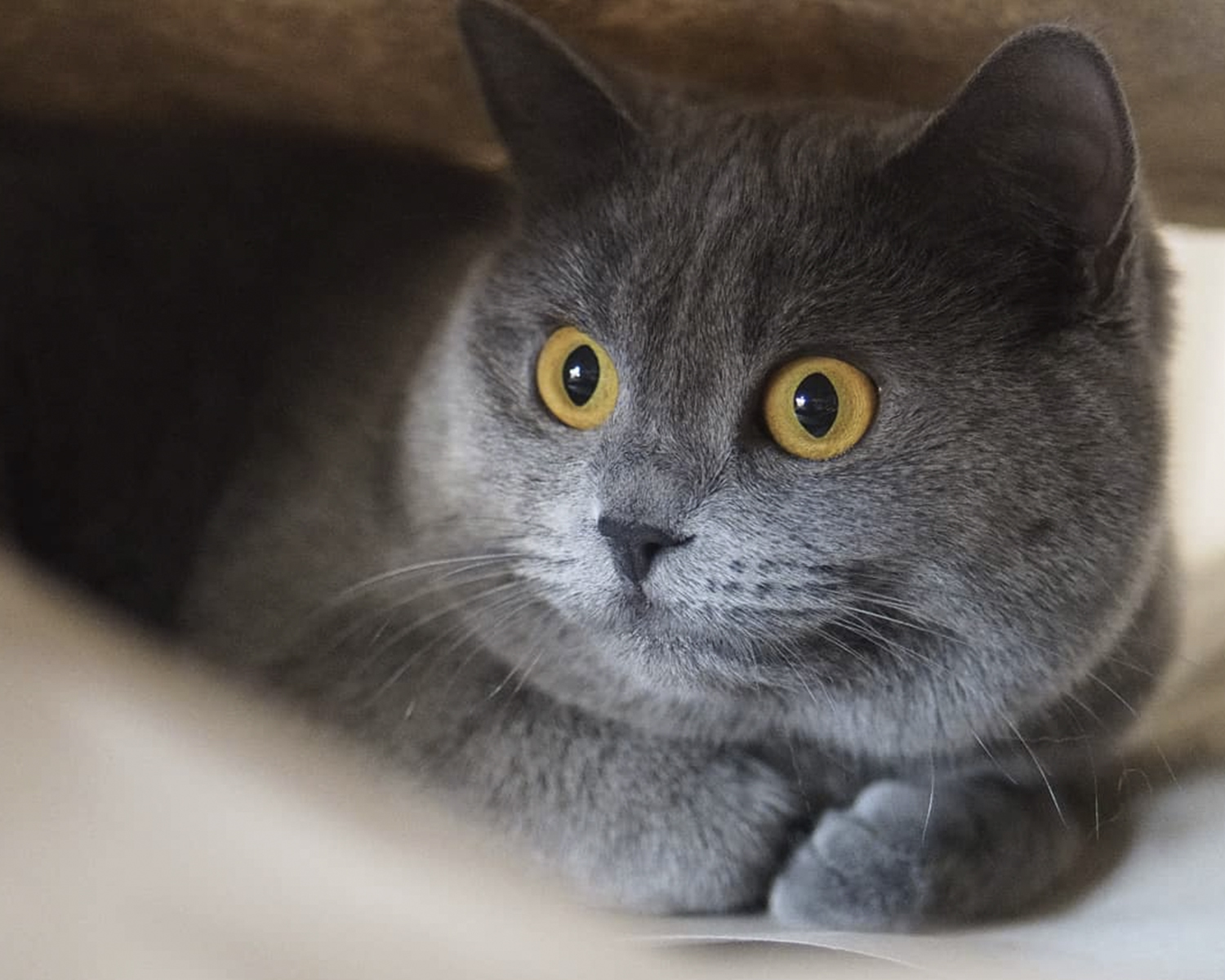