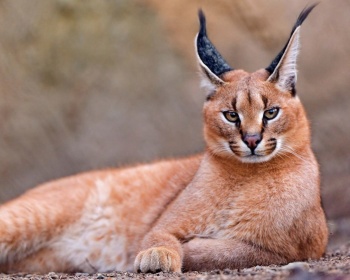 Caracal cat – a real oriental beauty, wild and affectionate at the same time, mysterious and unusually spectacular. On today, a large number of these animals live in wild conditions, let’s say more – animals of this breed living in wild conditions, significantly more than domesticated or bred in captivity.

Caracal is an ancient breed known in the steppes and deserts of Africa, in the Middle East, in Asia Minor. Also, but to a lesser extent degrees, found in Turkmenistan, Kyrgyzstan, in some areas Uzbekistan, in addition, about 100 wild individuals live in mountainous and steppe regions of Dagestan (in this region their number steadily declining).

The name “Caracal” comes from the Turkic phrase “Kara kylak “, which means” black ear “- the back of the ears and the brushes on them are black. Black border also available in the inner edge of the ear. These animals have been known to people for a very long time – there is a mass of evidence in the form of texts and images not only about the existence of caracals in the wild, but also about hunting together people with these animals.

Of course, first they had to be tamed – in this regard, by the way, caracal is one of the most easily tamed large wild cats. They hunted birds, antelopes, small game. In India these animals were called and are still called in some states of the country “Cheetahs for the poor.” Firstly, for its amazing speed, which these cats are capable of developing (but, they run fast and for a long time cannot), and secondly, because the real cheetahs are poor the class of sudras and chandals from which hunters usually come, could not afford.

Catching and taming a real cheetah is incredibly difficult, and prices both now and in antiquity correspond to complexity tasks. Joint hunting was not only common in India, but and, in fact, wherever people managed to tame the caracal. Now they are listed in the Red Book as “animals causing the least fears “, but, nevertheless, fears about their disappearance still there.

At one time, these big cats were considered a species of lynx, due to tassels on the ears and other similar features, but then identified in separate genus. To get caracal at home, it will require either a trip to Africa or Asia, and the ability to tame wild cats, or an impressive amount of money, because it costs caracal very expensive. Moreover – this is one of the most expensive cats in the world.

Some may think that having a real predator at home feline families, albeit not the largest, is a dangerous business. However, by and large, this is not so. Caracal wild cat living at home, in fact, not at all wild, but very affectionate and open. And her majestic appearance and nobility predators will cause admiration and delight.

Caracal – a cat, to put it mildly, large-sized – at the withers she reaches 45-50 cm in height, body length about 80 cm, plus length tail another 30 cm. The body is muscular, very proportional, legs long, strong, with a short hard pile, which simplifies movement on sand and rough terrain. Muzzle a little elongated, wedge-shaped, eyes are large, very expressive, ears are long, with black tassels at the ends. Average life expectancy of more than 15 years.

In the wild, it’s a fierce and impregnable predator, perfect hunter, fast, inconspicuous, strong. However, at home caracal turns into an affectionate friend and favorite for each of family members. Of course, provided that you will educate him without beating, with respect and love.

These cats have a great memory and a very developed intellect, they ideally oriented on the ground, possess, of course, excellent hunting instincts, love to spend time on the street. If you want to have caracal in a city apartment, remember that without walks he cannot.

By and large, caracal behaves in the family like an ordinary cat – likes attention, likes to spend time with people, very much to them becomes attached, loves affection and joyfully gives affection to those around him. FROM on the other hand, it is very territorial, and if you live in a private a house with its own yard, be sure that stray dogs or cats, and even uninvited guests with bad intentions will bypass your home is the tenth dear. Although, you will need to take care of high fence so that your pet does not decide to expand his possessions and did not go for a walk.

Caracal breed is friendly and open, good gets along with other pets except rodents and birds. Children are wonderful, but playing with caracal need to be careful, because when the cat gets tired, she can show teeth, in addition, it is a very strong animal with large claws. It is better if the child will play with him through toys.

In the apartment it is better for him to set aside a separate room, build there are several ladders, shelves, put a scratching post and generally equip this room so that the animal can jump and to climb for pleasure.

Caracal is a healthy cat that usually does not deliver the owner of special problems in this regard.

The breed caracal molts, especially in the summer, and therefore needs regular combing of wool. Usually they are rarely bathed, or in the case of if the cat is very dirty, for example, while walking on the street, because they hate water, and given the size, weight, teeth and claws of this animal, to bathe him is not an easy task.

Be sure to teach your pet to sharpen its claws on a scratching post, otherwise upholstered furniture will have to be changed every month. Do not forget to clean teeth 3 times a week, clean the eyes and ears of the animal from deposits, and also cut the claws once every 10 days. Keep in mind that an adult caracal will mark its territory, and wean him from this extremely heavy. 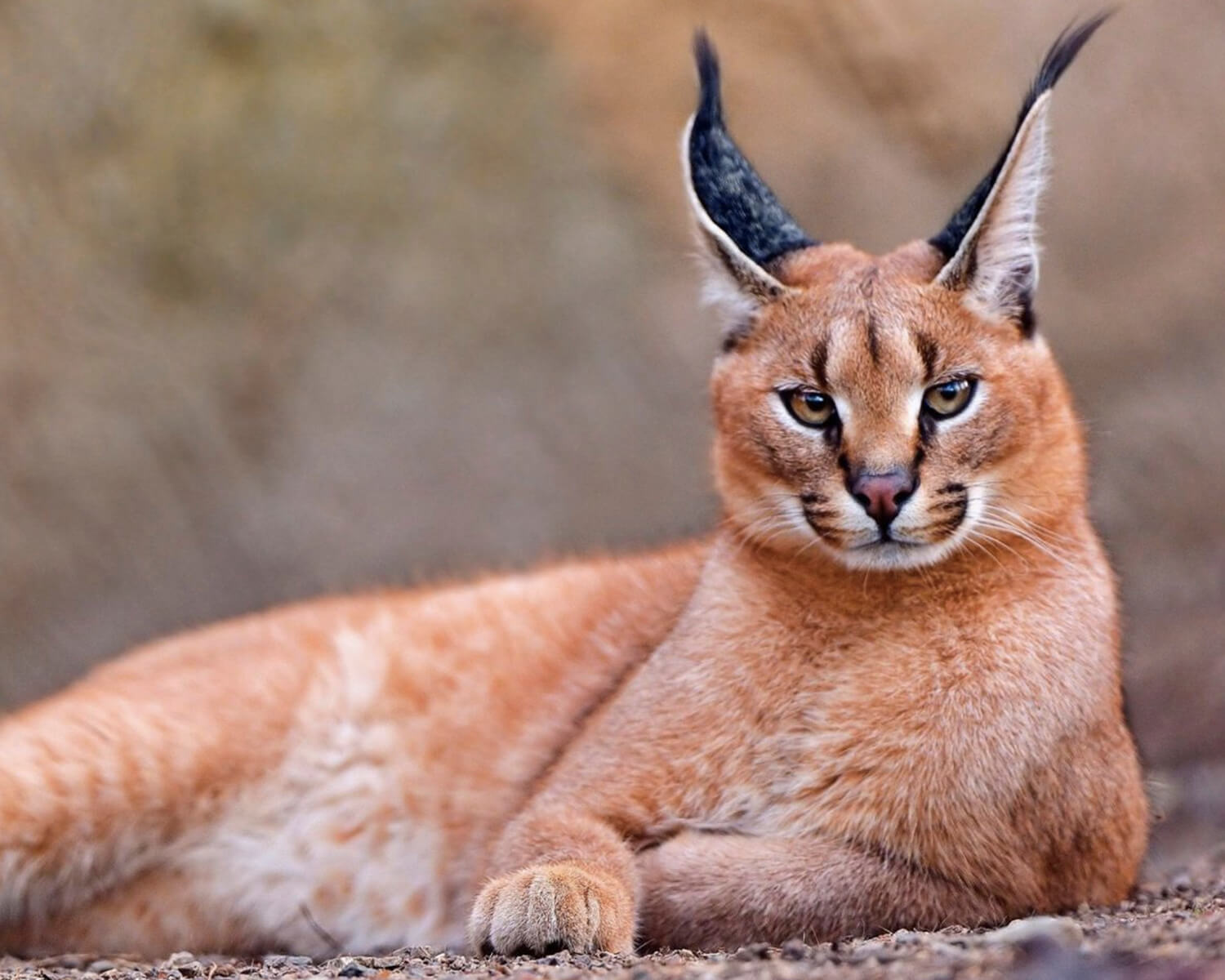 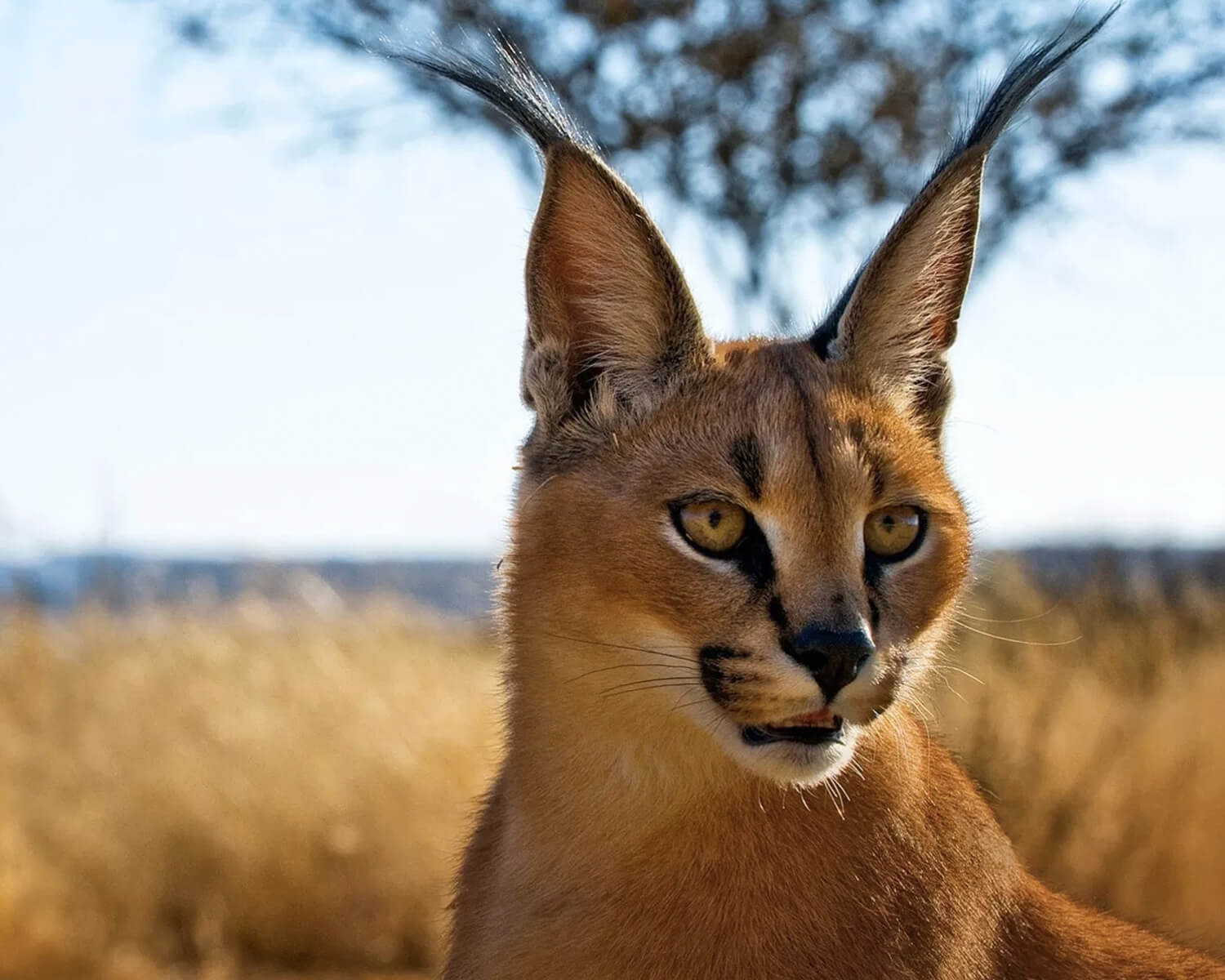