Homeopathy is a direction of alternative medicine, which has roots in the eighteenth century in Germany, and which then spread to Europe, India, Australia, South America, USA and Canada. 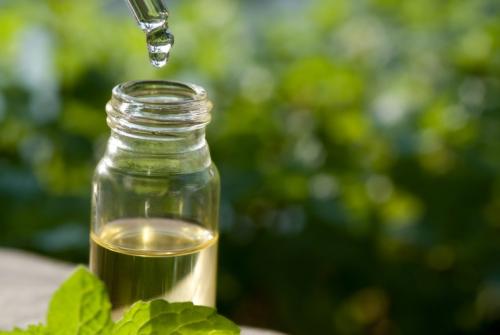 At the heart of homeopathy is the principle that “the like is treated like “, or, that a substance that in large doses can cause symptoms of poisoning, in much lower doses it can deal with the same symptoms regardless of their alleged reason.

The founder of modern homeopathy, Samuel Hahnemann, suggested that homeopathic remedy has a temporary strong effect on the body. When the body begins to neutralize this effect, similar the symptoms from any other cause will be neutralized similarly and can be completely eliminated. Homeopathic treatment is thus based on matching known symptoms of various substances and to combat them.

A substance can be taken in any of 3 worlds: plant, animal and mineral. Many of the homeopathic remedies used in medicine since the 18th century. Because patients often received side effects when they received standard doses medicines, at first homeopaths directed their efforts to finding the minimum effective dose that would have therapeutic effect, but caused fewer side effects. Homeopaths have found that such a dose can be found using serial dilution and shaking of the substance.

By carefully observing patients and recording their symptoms, homeopaths were able to create a catalog of remedies and related symptoms that they can treat. Sometimes homeopaths used a placebo to determine if the substance has an effect on various symptoms. Additional Information was also obtained from reports of poisonings from various medicines and natural substances. Modern homeopaths often use these reference materials for assignment proper treatment.

What is the history of the use of homeopathy in veterinary medicine?

At the beginning of the development of homeopathy, its followers treated both people and animals, creating numerous reports on the treatment of dogs and horses and cattle. Later, 19th century veterinarians used early reports of successful homeopaths, but also used and traditional medical technology.

In the last years of the 19th century, with the development of pharmaceutical industry, the popularity of homeopathy began to decline. Homeopathy experiencing its rebirth since the mid-20th century, when it became again popular in veterinary medicine. Last for twenty to thirty years, homeopathy is often used as veterinarians, so do animal owners when traditional medicine becomes powerless. Some centers conduct formal homeopathy courses and Certify Successful Veterinarians.

What types of animals do homeopathy use?

Homeopathy is usually practiced in dogs, cats, horses, and ruminants. animals and birds. It is becoming more popular with various exotic species of animals.

What diseases most often resort to homeopathy?

Both acute and chronic diseases can be treated with homeopathy.

In terms of homeopathic therapy, acute diseases caused by external influences, such as injuries, poisoning, infectious diseases, etc. Symptoms that arise in these cases, are considered as reactions to diseases, which can be neutralized or minimized to their detriment influence.

Later, Samuel Hahnemann proposed that chronic diseases also caused by external influences, or “miasma”. For Hahnemann, symptoms that occur in response to this external invasion have persistent or chronic. Some modern practices treat the symptoms of chronic diseases as the initial body reaction to a disease that becomes weakened in over time. Chronic diseases with homeopathic points of view are such the most common diseases like arthritis, allergies, skin problems, disorders digestion, respiratory system, musculoskeletal system and cancer.

What are the benefits of homeopathy can get home animal?

Homeopathy can be potentially useful in any disease. regardless of conventional medicine forecasts. However, some people do not treatable with homeopathy, despite all efforts.

Homeopathy requires a very high qualification of a doctor. At proper application, homeopathy can eliminate the need surgery under certain conditions and may also reduce the need for medications.

How successful is homeopathy?

Countless quantities have been saved through homeopathy lives during the epidemics of dysentery, cholera and typhoid fever in age when antimicrobials (antibiotics) apply it was impossible. The success of treating chronic diseases depends on the patient’s age, previous history of treatment, and his vitality.

As with other treatments, early diagnosis and use homeopathy is more likely to succeed.

Patients who have been treated with potent drugs, especially in the case of chemotherapy, are considered more difficult to treat. Difficult to treat are also deep and severe pathologies such as cancer.

How safe is homeopathy?

Although many popular books claim that homeopathy completely safe, this is not always the case.

Homeopathic remedies should not be used without proper veterinary diagnosis. Despite the popularity of telephone consultation of homeopaths, treatment with homeopathy in critical situations should be considered impractical without proper monitoring and subsequent evaluation by a certified veterinarian.

Homeopathy may cause side effects or worsening. initial condition if the wrong dose is used or if the tool begins to be abused. When correctly and skillfully serious adverse reactions are rare, but still may occur. Often at the beginning of treatment, exacerbations occur, but they usually occur in a short period of time and quickly subside, in extreme cases, taking a homeopathic remedy need to stop.

What is the cost of homeopathy?

Homeopathic remedies are usually very affordable. Not less, treatment can take a lot of time, and then the costs can increase. In general, the cost of treatment is highly dependent on the specific condition of the patient and the time of his treatment.

Can homeopathy be combined with other methods treatment?

Homeopathy is effective as an additional therapy, to manage postoperative pain and to accelerate healing various injuries. However, mix homeopathic remedies with certain other medicines should be followed with particular caution. Acute ointments, strong chemicals, and any strong stimulant drugs can interfere with homeopathic treatment.