Hulk. This pit bull already in its 18 months weighed more than 78 kg. However, the Hulk is not at all scary, as you might think because of him size and name, because the best friend of the largest pit bull in the world – three year old boy!

The Hulk is a wonderful, well-trained dog, he loves play with children and loves spending time with the whole family. Sometimes the largest pit bull even rolls a boy on itself, although, according to veterinarians, this is not recommended because it can lead to back damage. 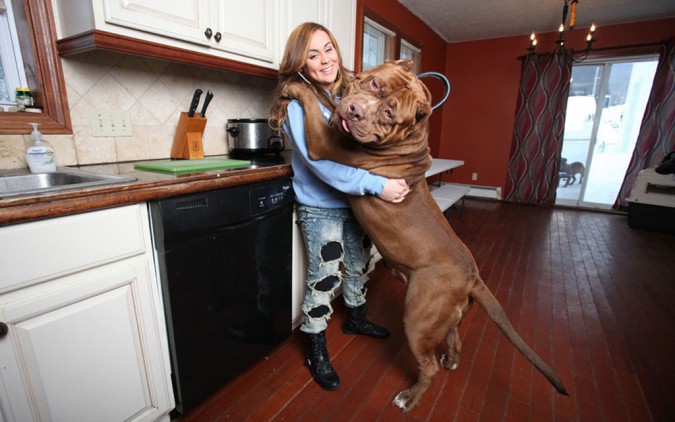 The largest pit bull in the world needs proper feeding – he eats at least 2 kg of ground beef every day! And in later on he will eat even more until he stops grow. 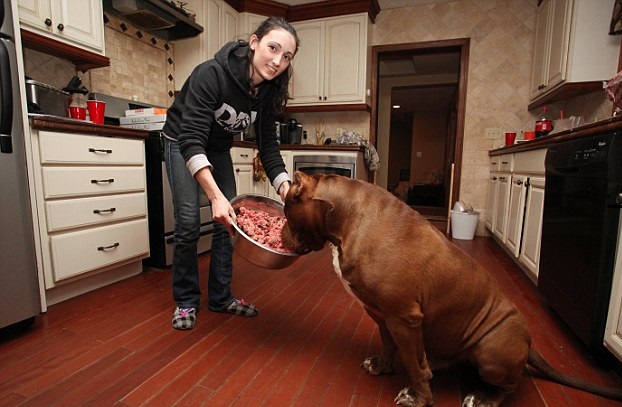 According to the hostess, pit bulls are known from the media. information like badass dogs and like real monsters, but in reality it’s not like that at all. They are not suitable for everyone, but with a good leader and by proper training, they become amazingly dedicated and even cute dogs.

However, experts say the Hulk is not a clean pit bull, that he has the features of a mastiff. English mastiffs can weigh up to 105 kg, and it is much closer to the size of the Hulk. 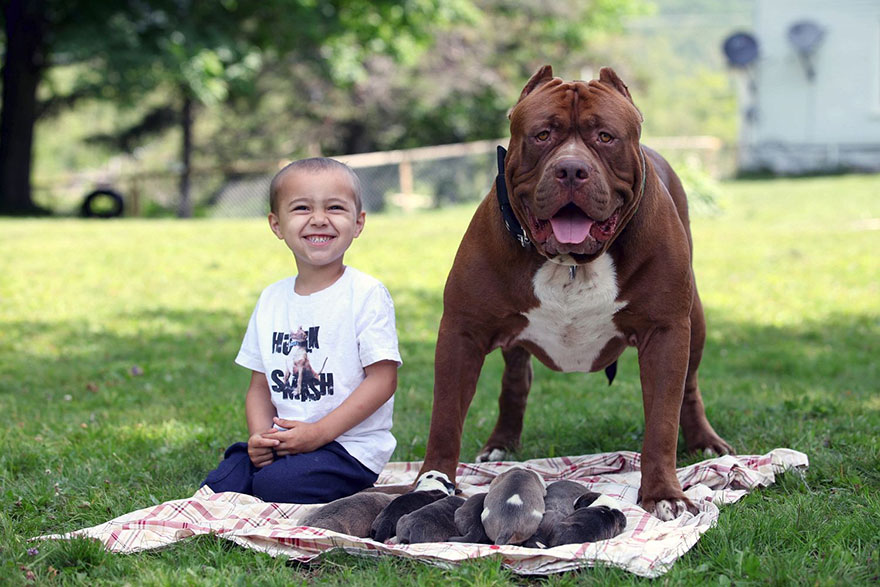 Molossoid breeds are a group of large dog breeds that are descended from one common ancestor. Some large breeds, including mastiffs, Newfoundlands and Bulldogs fall into this category and you can suggest that the size of the hulk and especially its massive head is the result of its Molossian origin.

In any case, the Hulk is colossally big for its breed dog, and the largest pit bull in the world.