Life expectancy in cats and dogs depends on many factors. In general, cats live longer (average 15 years) than dogs (average 11-12 years old). In addition, pets, that have been neutered or sterilized in a timely manner, have higher chances of long life than those who have been sterilized later or not sterilized at all. 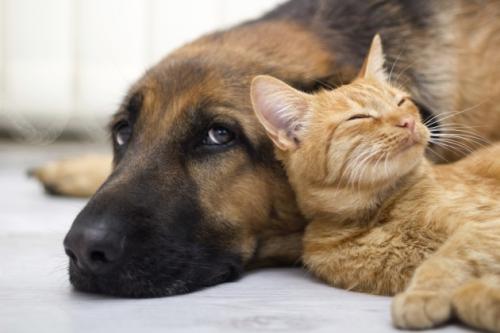 The average life span of a cat that lives in indoors, higher than that of a cat on the street, even if she spends on the street is only part of the time. Today, cats live much longer than 10-20 years ago. The main reason for this is the development of complex and integrated veterinary medicine. The average life expectancy of cats in The room is about 15 years old. Many of them live much longer, the oldest cat died at the age of 38 years and 3 days, according to the Guinness Book of Records. Cats living exclusively on street, according to statistics, live less than 5 years. Intermediate option cats that have free access to the street live on average about 8 years.

Outdoor life is fraught with stress, hunger, cruelty, disease and injury – all this can lead to early of death. Cats on the street are exposed to many problems that significantly shorten their life. Cats, on the other hand, that live indoors, have a life relatively free from stress and provided with all necessary food. Even more a significant factor is that the owner of the cat is able to advance identify the problem and prevent its development – a luxury that deprived of street cats. Another important advantage of domestic cats in front of the street there is no risk of injuries from cars, other animals and people.

Unlike cats, dog life expectancy is less dependent. whether he lives indoors or outdoors. How long will live the dog primarily depends on its size. For example, on average Great Dane will live only about 8 years, while miniature poodle for 15 years. The heart in large dogs is significantly affected. heavier loads than small ones.

Other factors affecting the longevity of dogs, are their general state of health and lifestyle. Dog on outdoors, which is stressed most of the time – due to loneliness, neglect, extreme weather conditions or concern for children – likely to die before dog living in a comfortable home environment.

How to increase life expectancy

Sterilization or castration of a pet may increase his lifespan, since the operation significantly reduces the risk of many serious health problems, including complications, associated with pregnancy and childbirth, such as dystocia and some types of cancer that affect the mammary glands and genitals. The risk of pyometers and prostate disease is also virtually eliminated.

So what is the life span of cats and dogs? As cats live on average 12 to 19 years, and dogs with the shortest with an average life expectancy of only 8 years, then other On an equal footing, cats live longer than dogs.