Should a dog give birth for so long? Strain so hard and even squeal? Can she fall asleep during childbirth? Maybe she needs cesarean section? 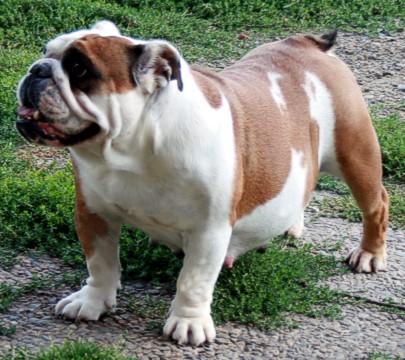 There is no exact reason why a dog needs a cesarean, but there is one rule: the sooner you realize that the dog has birth problems and she may need a cesarean the better there will be chances that everything will be fine. The following situations may indicate that the dog will require veterinary care.

A saluki dog has a greenish yellow discharge from vulva on the 62nd day of pregnancy. In the short term before delivery it normal that the discharge may have a yellowish color that may Indicate infection, bleeding, or dead fetus. X-ray and a blood test can narrow the cause of the pathology.

The owner of this dog took her to the vet for emergency Caesarean section. As a result, three puppies died, another died. shortly after birth, but a cesarean saved one puppy and probably the life of the dog itself.

The delivery period has passed

An X-ray revealed that the unusual Doberman Pinscher was pregnant just one puppy. The terms of her birth passed, but nothing happened. However, the owner does not know the exact day of ovulation, which means that exact delivery dates are not known.

A change in the level of progesterone in the blood, which grows only to ovulation, can give an idea of when the birth will occur, as the level of the hormone drops in advance. Progesterone reduction also stimulated by hormones secreted by the fruits, but when there is only one puppy, this may not be enough to start process. Another problem with a single puppy is that they are often very large, which can also complicate labor.

With a progesterone measurement, the dog owner would know for sure that on the 65th day after ovulation, the fetus is fully ripe. Without this, on 72 days, it would certainly be too late. In case of Doberman, cesarean on day 69 provided a large and mature puppy.

The first stage of labor lasts more than 12 hours

The first stage of childbirth is the stage when the bitch becomes restless, may choke, start digging, she may appear vomiting The first stage is also characterized by neck opening uterus.

The miniature poodle began to show signs of concern, but in for the next two days nothing happened. Then came the first contractions of the uterus, but after 12 hours the birth did not begin. X-rays showed that the dog has 9 puppies, which meant that even with independent births, the dog will most likely not be able to give birth to all. It was decided to carry out a cesarean, as a result which eight out of 9 puppies were born alive.

The German Pointing Dog was in the second stage of labor during four hours, but never gave birth to a single puppy. Usually when the head of the first puppy enters the cervix, this stimulates it reductions. These contractions may be mild, especially if the fetus not close to the cervix.

The dog’s contractions were not strong enough to give birth to a puppy, therefore, as soon as the veterinarian is convinced that the puppy is not blocking the way he gave her an injection of oxytocin, a drug that stimulates uterine contractions. However, a similar injection can kill a puppy or injure a dog if the fetus is stuck in birth canal.

After it was decided to carry out a cesarean, as a result the first puppy was dead, but two others survived.

Dachshund was in the second stage of labor with strong contractions in for 45 minutes. an x-ray showed that the skulls of the three puppies were, probably too big to go through her pelvis. Caesarean section showed that the puppy was actually stuck in the birth ways. X-ray did not show that this puppy, which was dead, was huge (its organs and tissues were pumped with liquid, so it turned out to be very large). The other two puppies after cesarean survived.

The Australian Shepherd was in the second stage of labor with cuts, but the puppy did not appear. The owner of the dog felt that there is only one puppy leg in the canal. Normal the position for childbirth is the head and forelegs, or the tail and hind legs. If the puppy’s limbs are bent, the head is tilted back either to the side, or the fetus comes out side, then this may Problems.

In the case of the dachshund, manipulation of the fetus was too complicated. Caesarean section was the only way to keep the puppy, the dog, as well as the rest of the fruit.

Basset Hound, who gave birth to six puppies naturally, finished giving birth. X-rays showed that the dog’s uterus remained at least 2 more puppies. If a bitch has a particularly large litter, then she may become too exhausted and exhausted. Injection oxytocin can probably help, but if the dog still has strength.

In the case of Basset Hound, after three injections of oxytocin into the light only one puppy appeared. After that, the remaining puppies could help only cesarean section, as a result of which were born two healthy puppies.

The French bulldog approached the time of birth. Breeds with large heads and narrow pelvic areas such as bulldog, Pekingese and some others often have difficulties with natural childbirth. AT in these cases it’s much safer to plan your trip in advance clinic for cesarean section.

French bulldog using level measurement progesterone, exact delivery dates have been determined. The owner drove dog to her regular vet at the appointed time and the doctor performed a cesarean section, thereby ensuring the birth of the light two healthy puppies.