Active measures are being taken throughout the Russian Federation to salvation and restoration of wildlife. Another innovation in Yakutia will help preserve the rarest forest bison.

The Yakut government approved the introduction of another animal in Yakut Red Book. This time the “lucky” was forest buffalo. The project was tabled after the appearance of herbivores in natural habitat.

Prior to the proposal, the species was protected only in a nature park. But the number of bison reached 212, and they began to release for his limits. Because of this, bison were declared endangered animals. extinction throughout the republic. If the save program will also continue successfully, then the forest bison will become residents the entire taiga zone of the north-east of the Russian Federation. 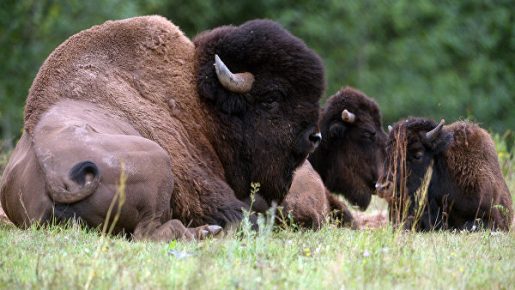 120 heads of forest buffalo brought to Yakutia from Canada in 2006 year. Release forest giants after acclimatization, which lasts 10 years. Some of them were released in 2017, and one batch – in 2018.