In Kazakhstan, oil workers rescued a rare steppe eagle. This kind listed in the Red Book.

The incident occurred in the Atyrau region. Service Workers the companies noticed an eagle approaching them, and he did not fly and did not go, but crawled. People realized that something was wrong with the animal, and picked it up. Later information about crippled feathered was widespread in social networks, so the eagle got to the employees Akzhayyk reserve. 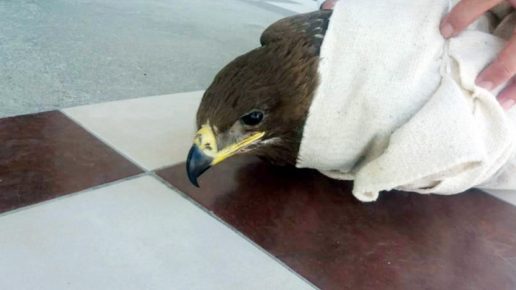 According to scientists, many steppe eagles, especially young ones, die on power lines

According to ornithologists, the bird is very young – 5-6 months from kind. No damage was found on the limbs of the animal, although the legs were cramped. The eagle was probably shocked. This could happen on power lines where they often sit. feathered. Now the bird will be restored on the territory reserve, and after recovery, she will be released into the wild.