In the Chelyabinsk zoo another replenishment: a pair of domestic yaks gave birth to a cute white calf – a rarity for this species.

In the homeland of yaks, in Tibet, these are very common domestic animals that are bred for meat, milk and wool, and also used for transportation of heavy loads. In Russia, no yaks too popular, but small populations of such bulls live in Buryatia and Tuva, in the Caucasus and Altai. 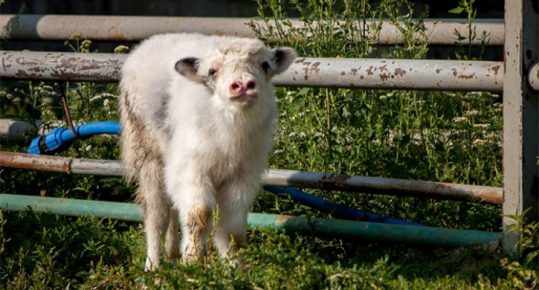 Chelyabinsk baby called Arkaim. He is very nimble, sociable and inquisitive; eating mommy with appetite milk, and in between meals at a terrible speed rushes about aviary.