Unusual neighbors appeared in the inhabitants of one of the houses on the street Virgin in Perm. In early September, they noticed a snake, and now she also had offspring.

The reptile settled in the basement, from where it crawled periodically out. She was noticed more than once at the porches. The other day a resident of the house I saw three more small snakes. Apparently, the inhabitant of the basement cubs appeared. 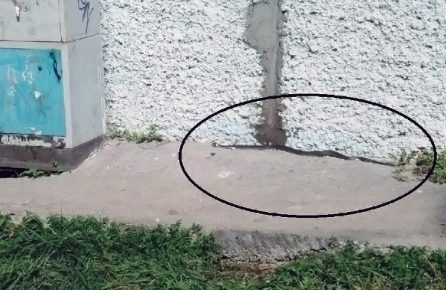 The type of snake has not yet been determined, but it is known that it value – more than a meter

Some terrified city dwellers living in an unfortunate place, ready to sell apartments, just to get rid of such a neighborhood. Parents are afraid to let their children out into the yard, as they may meet reptiles. Previously, residents of the house already called rescuers, but they did not find a snake in the basement – probably she hid, sensing the threat of eviction.