In Dagestan, a two-month-old kitten somehow fell from the attic nine-story building in the ventilation shaft. The kid sat in a trap almost two days until rescuers pulled him out.

The heartbreaking screams of a frightened cat did not leave indifferent residents of the house – they tried at first to rescue fluffy prisoner yourself. Almost the entire nine-story building was involved in the process, especially the children tried to help.

After several unsuccessful attempts, they decided to call employees MOE. As it turned out, this situation is often found in the work of rescuers, and they know how to act. Had to to make a hole in the porch wall to free the baby. He was immediately taken to her by one of the girls. 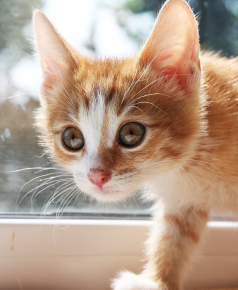