For a Russian woman from Tbilisi, there is a principle: living things are not must suffer from pain. The woman moved to Georgia and created there ambulance for dogs, or ‘Dogs ambulance. Homeless dogs’ help club “.

Elena Berezina has been living in Georgia for several years. On arrival she was engaged in the tourism business, but later realized that she wanted to benefit not only people but also animals. Woman organized a kind of ambulance on wheels for the homeless animals. 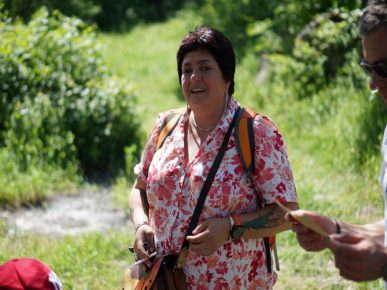 Elena explained that shelters will not be able to solve the problem of all street animals, since they only accumulate there, and take poor fellow no one in a hurry. And look at the hungry and exhausted the mutts the woman lacked patience.

Therefore, she came up with the idea – to create an ambulance on wheels. To do this, Elena needed to buy a car, in which she could provide first aid to sick animals. BUT especially heavy dogs the woman took to the hospital, which at the same time was her home.

“As soon as I told others about my ideas, from somewhere and took the means and opportunities. My son decided to help first. is he sent money with the words: Mom, burn! Later, my friends supported me, tourists and just kind people. ”