Sweden is famous not only for its stunning views, but also for its rich fauna. Now the two species inhabiting the northern forests and plains, there is a serious danger.

In Sweden, young moose are increasingly dying from atrophy. In connection with the risk of an epidemic in the northern regions of the country, it was decided to vaccination of several thousand individuals, reports Sveriges Radio SR.

The leadership of the northern regions purchased vaccines from those diseases that have already caused a sharp decline in livestock. Now in Sami possessions (Scandinavian northern nationality, in which reindeer husbandry is the main means of subsistence) There are 4.5 thousand deer and elk, not counting wild individuals. The danger of an epidemic forces quarantine to Sami reindeer herds. 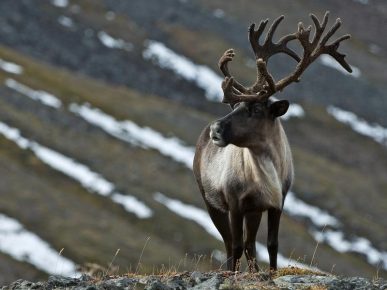 In Sweden, deer and moose are a Red Book species. In connection with many reasons for their extinction, including those related to anthropogenic factor, the government is doing everything to maintain optimal livestock.