Famous Finnish organist Kimmo Puunen from another tour in St. Petersburg took home a red kitten, which before lived in the basements of the Hermitage.

The talented musician Kimmo Puunen is also known for his love. to cats – at his house, in the city of Lahti, cats already live, names which the owner basically selected in honor of the Russian rulers: Emperor Paul and Prince Vladimir. Important Tailed persons eat and drink exclusively from crystal glassware.

A few days ago, a brilliant family replenished with a red kitten, whom Kimmo personally found in one of the cellars of the Hermitage and named Nicholas – as the last Russian tsar.

Walking through the halls of the famous museum, Finnish organist asked: are there any cats in the Hermitage? In response, I heard that museum cats not only work, protecting priceless exhibits from rodents, but also enjoy listening to music in their free time Mozart. The musician got the idea to get such a thing wonderful animal. 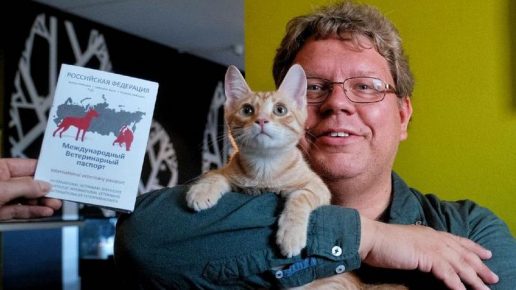 He wanted the pet to choose it himself, and twice went down to museum cellars. Finally a little redhead ran out to his feet kitten. It didn’t work to quickly pick up Nikolai – almost three months spent on compliance with all formalities. But here’s the kid who managed to turn into a teenager, got the same veterinary passport and went with the new owner to the “royal” family.