On the playground in Odessa, it appeared unknown from where taken ram. The animal was scared, behaved unpredictably and could harm children with fear, so the locals called the police.

To begin with, patrol officers reassured the lamb, who tried with all his might to merge with the environment, to hide. Then the police agreed with the Odessa Zoo and sent the fugitive there for a temporary overexposure – until there is master. 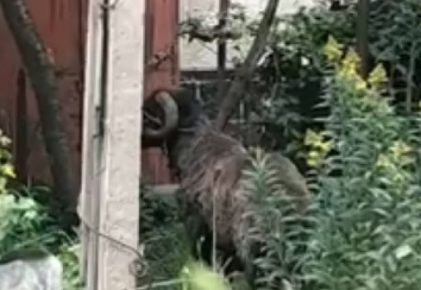 The event aroused keen interest among those who found themselves nearby Odessa, both children and adults. Some of them suggest that the sheep was lucky: he probably succeeded flee from “participation” in the festival of sacrifice Eid al-Adha, where a sad fate awaited him.