In the Chelyabinsk region, a dog resembling a wolf saved lost in the mountains girls and led them along the road to the village.

Four friends came to relax to enjoy the beauty of the wild nature in Zyuratkul national park. Happy tourists light went on an excursion into the forest, to a picturesque mountain range. It is difficult to get lost in these parts – the main thing is not to go far from public trails.

On the way to the forest, they met a dog very similar to a wolf: wagged his tail, but did not come close, and travelers went on. Suddenly rain poured and twilight sharply thickened – it gets dark fast in the mountains. The girls were taken aback, went down the trail and lost direction. They screamed, auked – it’s useless, and then the dog appeared again: she clearly invited me to go for themselves. 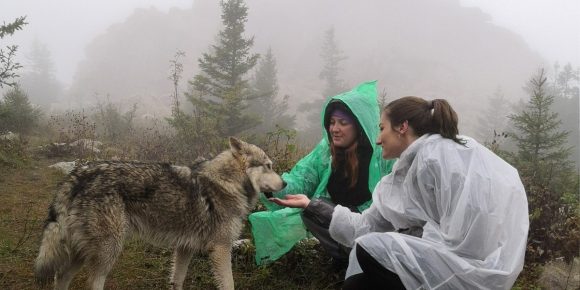 Soon, tired and wet ladies were in their house. Emotional tourists called their savior the Spirit the mountains. In fact, the dog’s name is Roy, he lives in a village, and go to the mountains to mock, where tourists often treat him goodies.